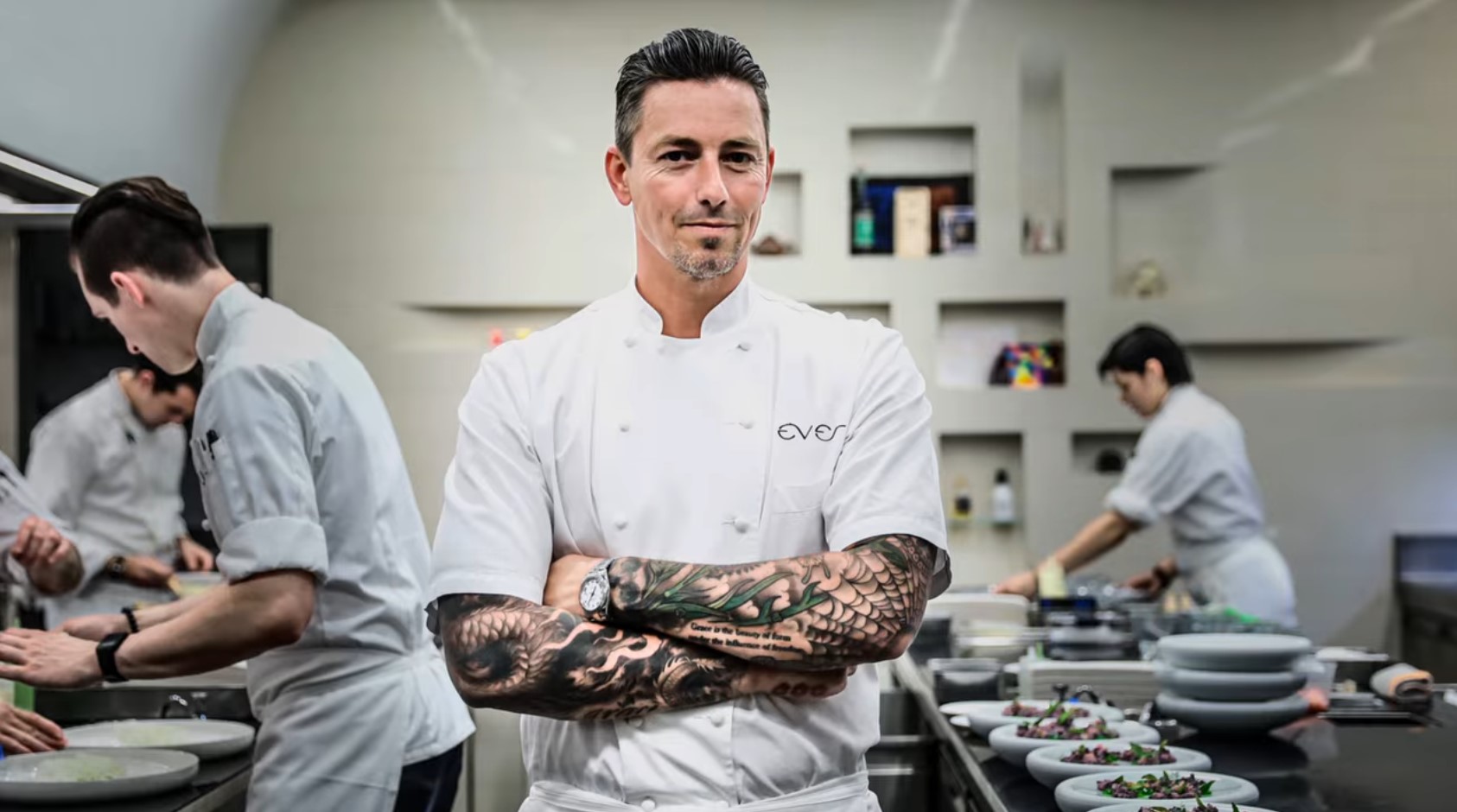 Netflix’s ‘Iron Chef: Quest for an Iron Legend‘ is a thrilling competitive cooking reality show that manages to stand away from the crowd through its interesting premise. After bringing together a group of 5 iconic chefs, aka Iron Chefs, who are considered stalwarts in the modern food industry, the series pits them against promising challengers who have started making their mark on the scene. While each episode features a cook-off between a challenger and an Iron Chef, they are expected to incorporate a secret ingredient in all their dishes. Ultimately, after being judged on several criteria by world-renowned judges, the challenger with the most number of points is invited to face off against all five Iron Chefs in a final battle for the Iron Legend title.

Three-Michelin-Starred- chef Curtis Duffy is quite popular in the Chicago food industry as one of the masterminds behind the fine dining restaurant Grace, which suddenly closed its doors in 2017. Nevertheless, Curtis hoped to bring his experience and talent to the show, where he faced off against Iron Chef Dominique Crenn in a battle that involved milk and pastry as the secret ingredients. Let’s look at Curtis’ journey in detail and find out his present whereabouts, shall we?

Best known for being a driving force behind the former Chicago-based fine dining restaurant, Grace, Curtis Duffy mentioned that his first job in the kitchen was washing dishes. However, he soon realized that if one can wash dishes with the same passion as filleting a fish, they will be attaining success in one form or the other. According to Chef Curtis, one of his most significant positives is his focus and attention to detail, which helped him gain three Michelin Stars over the years. Moreover, he is also quite competitive and was ready to bring the fight to his opponent on the show. 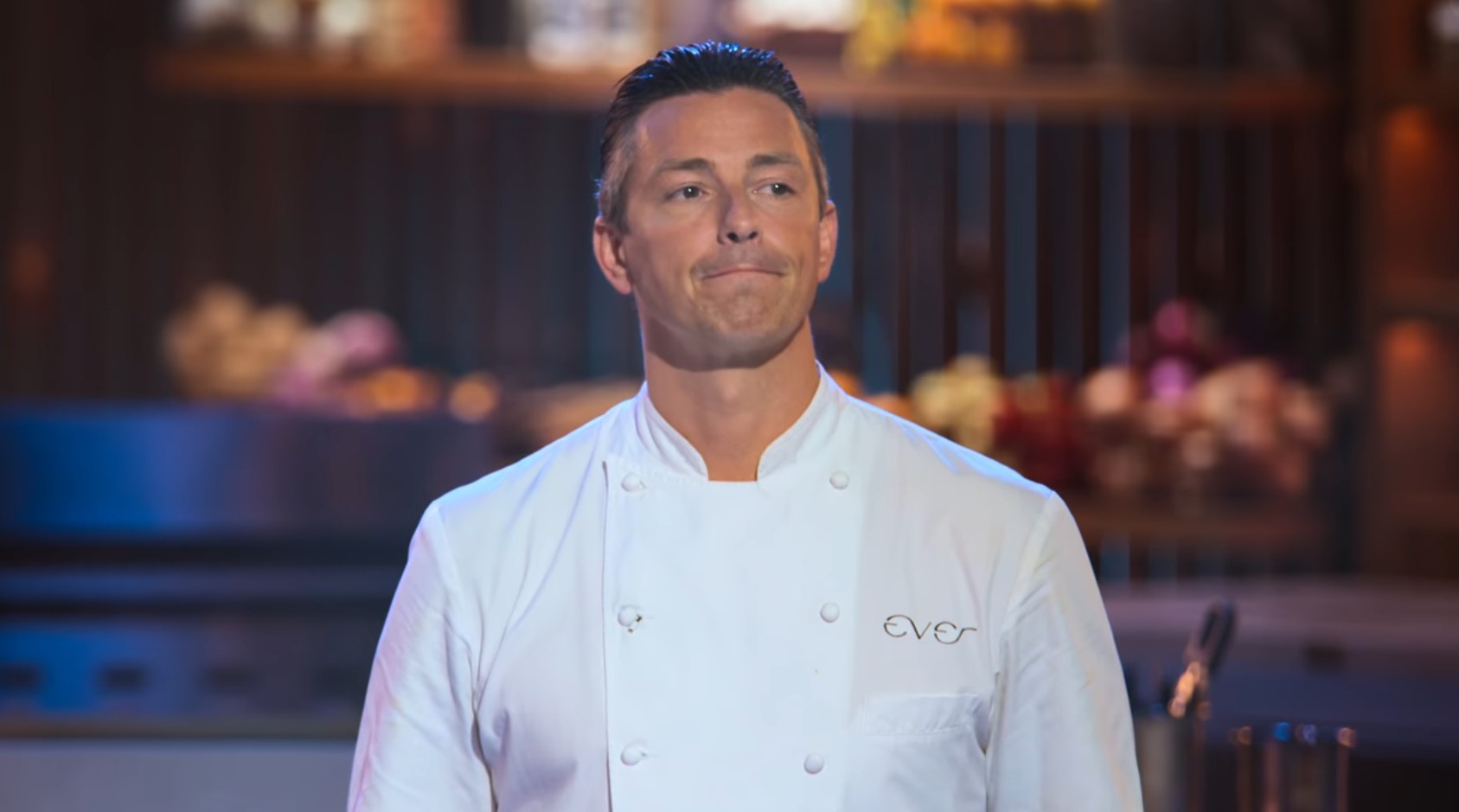 Interestingly, ‘Iron Chef: Quest for an Iron Legend’ made Curtis face off against Iron Chef Dominique Crenn, who is a stalwart in her own right. Moreover, the task of incorporating milk or pastry into all kinds of dishes was highly tricky, to say the least. Nevertheless, Curtis was up for the challenge and showed an immense mastery of the culinary arts through his technique and presentation. All of his dishes looked like they had come straight out of a fine dining restaurant, and the judges could not help but praise his unorthodox plating methods. However, defeating an Iron Chef ultimately proved too much, and unfortunately, Curtis fell short by a whisker in front of Dominique Crenn.

Where Is Curtis Duffy Now?

At present, Chef Curtis Duffy is based out of Chicago, Illinois, where he works as the Executive Chef at his own two-Michelin-Starred fine dining restaurant, Ever. From the looks of it, Ever is quite popular, and Curtis is aptly supported by his business partner, Michael Muser, who has been there since Grace. On the other hand, Curtis also joined the group of Michelin Starred chefs catering to comfort food as he started Rêve Burger in 2021. However, patrons and interested customers would be disheartened to know that Rêve Burger will permanently shut down on July 2, 2022.

In addition to having a massively successful professional life, Curtis Duffy is happily married to Jennifer Duffy, and the pair have since become proud parents. Interestingly, a 2016 movie titled ‘For Grace,’ documents the issues the chef faced in his early life and how he fought against all odds to rise to the top. It indeed is heartwarming to witness how Curtis has built up a wonderful life for himself and his loved ones, and we wish him all the happiness for the years to come.