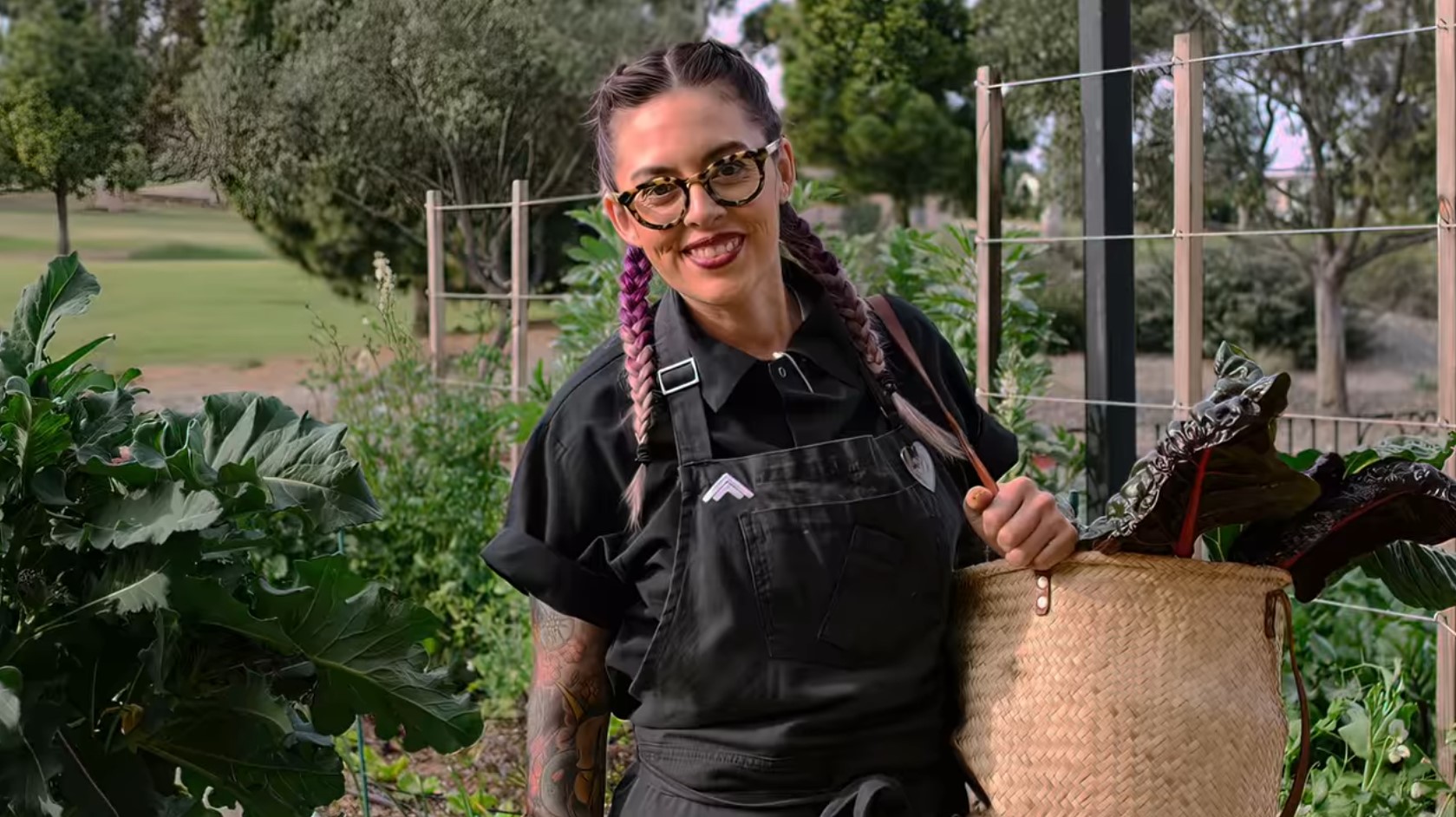 The battle of old against new has been an interesting and exciting phenomenon since time immemorial. Netflix’s ‘Iron Chef: Quest for an Iron Legend‘ plays upon this formula as it brings together five of the top chefs or Iron Chefs in the food industry and has them face off against promising challengers, who are ready to prove their mettle come what may. While each episode showcases a fierce cook-off between a challenger and an Iron Chef in a specific type of cuisine, they are expected to incorporate a particular secret ingredient in all of their dishes. Ultimately, after being judged on several benchmarks, the challenger with the most number of points is given an opportunity to challenge all five Iron Chefs for the Iron Legend title.

Known as the owner of the San Diego-based former restaurant, El Jardín Cantina, and a contestant on ‘Top Chef‘ season 15 as well as ‘Top Chef: Mexico’ season 2, Claudette Zepeda is a popular face in the modern food industry. However, on the show, she faced off against Iron Chef Ming Tsai in a fierce battle where each contestant had to use cocoa or chocolate in their dishes. Nevertheless, with the cameras now turned away, fans are interested to find out where Claudette is at present. Well, fret not because we come bearing answers!

Claudette Zepeda stepped into the spotlight through her appearance on ‘Top Chef: Mexico’ season 2 before opening her restaurant El Jardín Cantina in Liberty Station, San Diego. Although the restaurant is now permanently closed, Claudette remained relevant through her fearless and experimental cooking style, which she credits to her upbringing between Tijuana and San Diego. Moreover, since her childhood was shared between two countries, Claudette mentioned that she does not like her food to have a specific border and instead prefers to think outside the box. Such a unique approach to cuisine gained her immense popularity and opportunities, which helped her rise in the food industry. 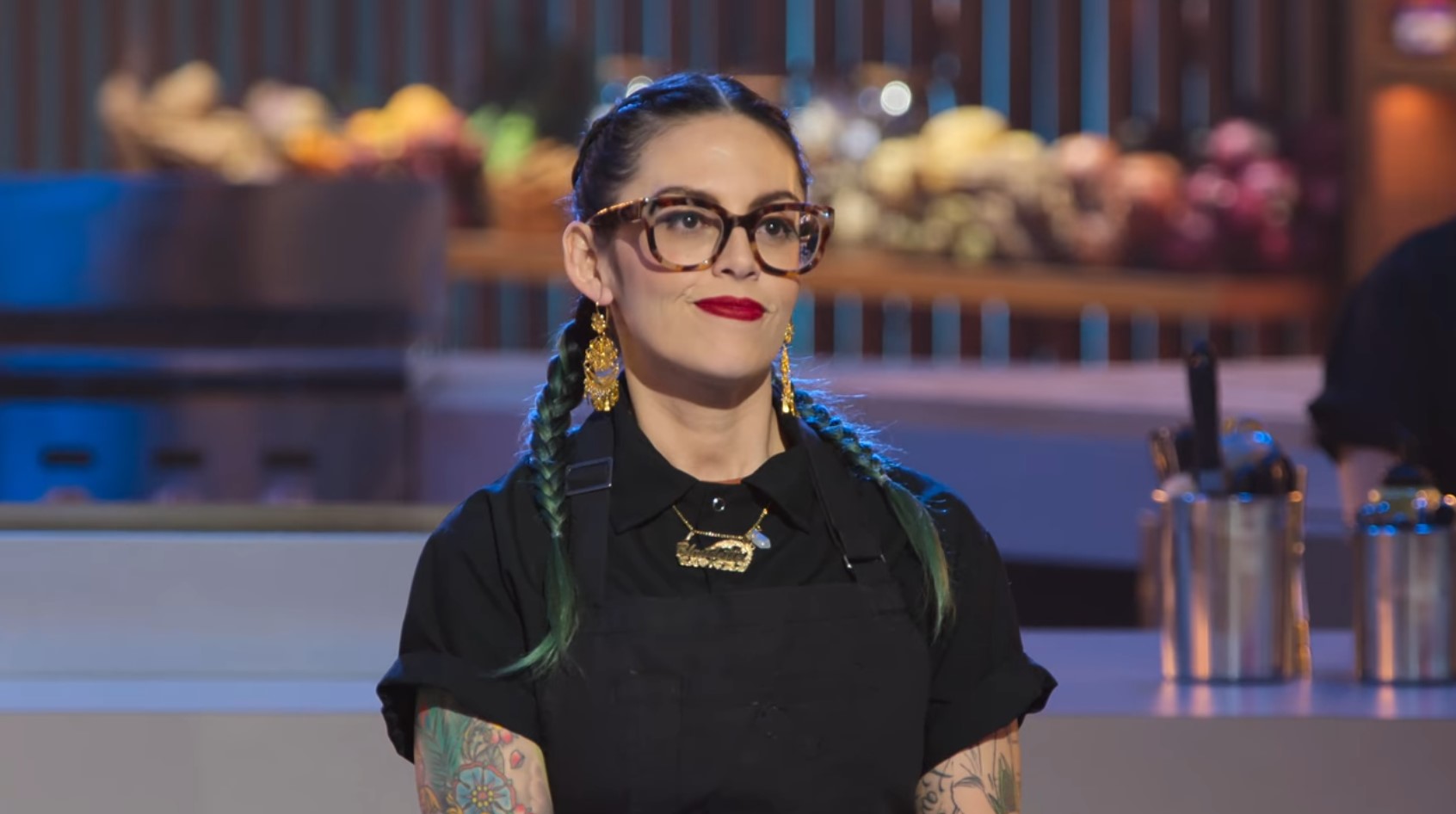 While on ‘Iron Chef: Quest for an Iron Legend,’ Claudette went up against Chef Ming Tsai, who is famous for combining the flavors of the east and west in his food. However, their challenge was quite tricky, as each chef had to incorporate cocoa or chocolate into the dishes they were preparing. Nevertheless, Claudette’s experimental nature proved to be a boon in disguise, as she expertly combined different flavors and ingredients on her plate. Her presentation was also quite extraordinary, and ultimately, the judges had to pick her as the winner over chef Tsai.

Where Is Claudette Zepeda Now?

After Claudette’s appearance on season 15 of ‘Top Chef,’ she was offered the role of the Executive Chef at the Alila Marea Beach Resort, where she had their poolside bar, The Pocket, and their signature restaurant, Vaga, under her supervision. However, at the beginning of 2022, reports mentioned that Claudette made Chef Ananda Bareno the Executive Chef of Vaga before settling into a superior consultant role with the Alila Marea Beach Resort. On the other hand, Claudette was featured prominently in June 2022’s Aspen Food and Wine convention and has also appeared as a guest judge on ‘Top Chef.’

Currently, Claudette Zepeda is based out of San Diego, where she resides with her husband, son, and daughter. From the looks of it, the successful chef has built up a wonderful life surrounded by her loved ones, and we hope happiness never eludes her in the years to come.