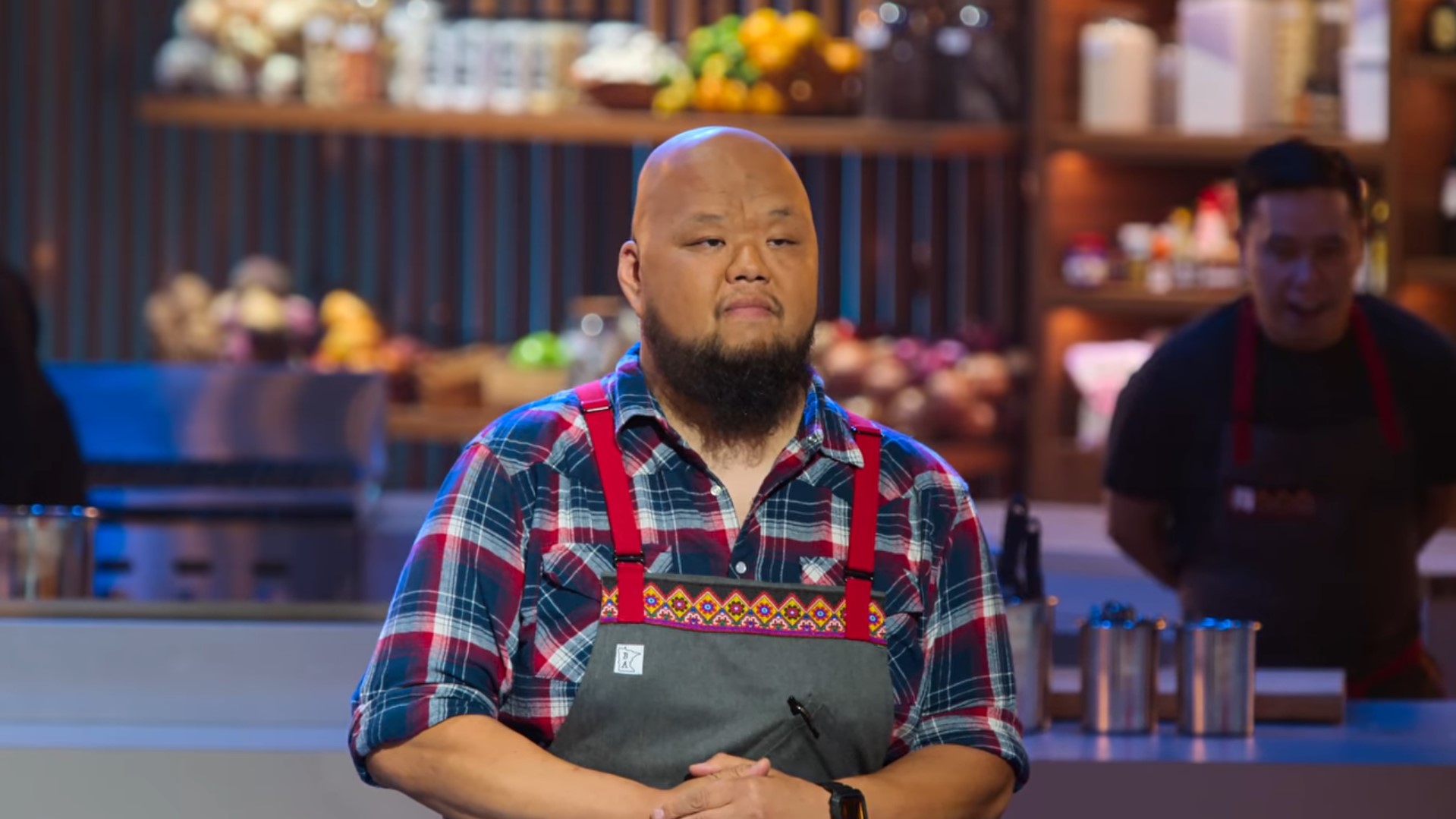 Netflix’s ‘Iron Chef: Quest For an Iron Legend‘ is an exciting competitive cooking show that brings together five industry stalwarts, or Iron Chefs, and pits them against promising challengers who are making their mark in the culinary world. Each episode features a fierce cook-off between an Iron Chef and a Challenger, where each participant is expected to use a secret ingredient in all of their dishes. Ultimately, after the dishes are judged and graded, the challenger with the most number of points gets to challenge all five Iron Chefs at once in a bid to win the Iron Legend title.

Chef Yia Vang, best known as the mastermind behind the Minneapolis-based Union Hmong Kitchen, was determined to wow the competitors and judges alike through his soul-filled wholesome food. However, once on the show, he was made to face off against Iron Chef Gabriela Camara in a fierce battle where they both had to use different kinds of Chili Pepper in their cooking. Let’s take a detailed look at Yia Vang’s journey through the competition and find out where he is at present, shall we?

Born in a Thai refugee camp, Chef Yia Vang’s rags to riches story is filled with incredible tenacity and a determination to make dreams come true. Due to the challenges the chef faced in his younger years, Yia Vang associates heritage with food and has kept the essence of his Hmong roots alive through his cooking while embracing modern techniques at the same time. Known as the creator of Union Hmong Kitchen, Vang loves playing with unorthodox and experimental ideas, which often lead to unexpected yet incredible flavors on the plate. Moreover, the chef even mentioned how community plays a significant role in his food as he expects each dish he puts out to tell a story. 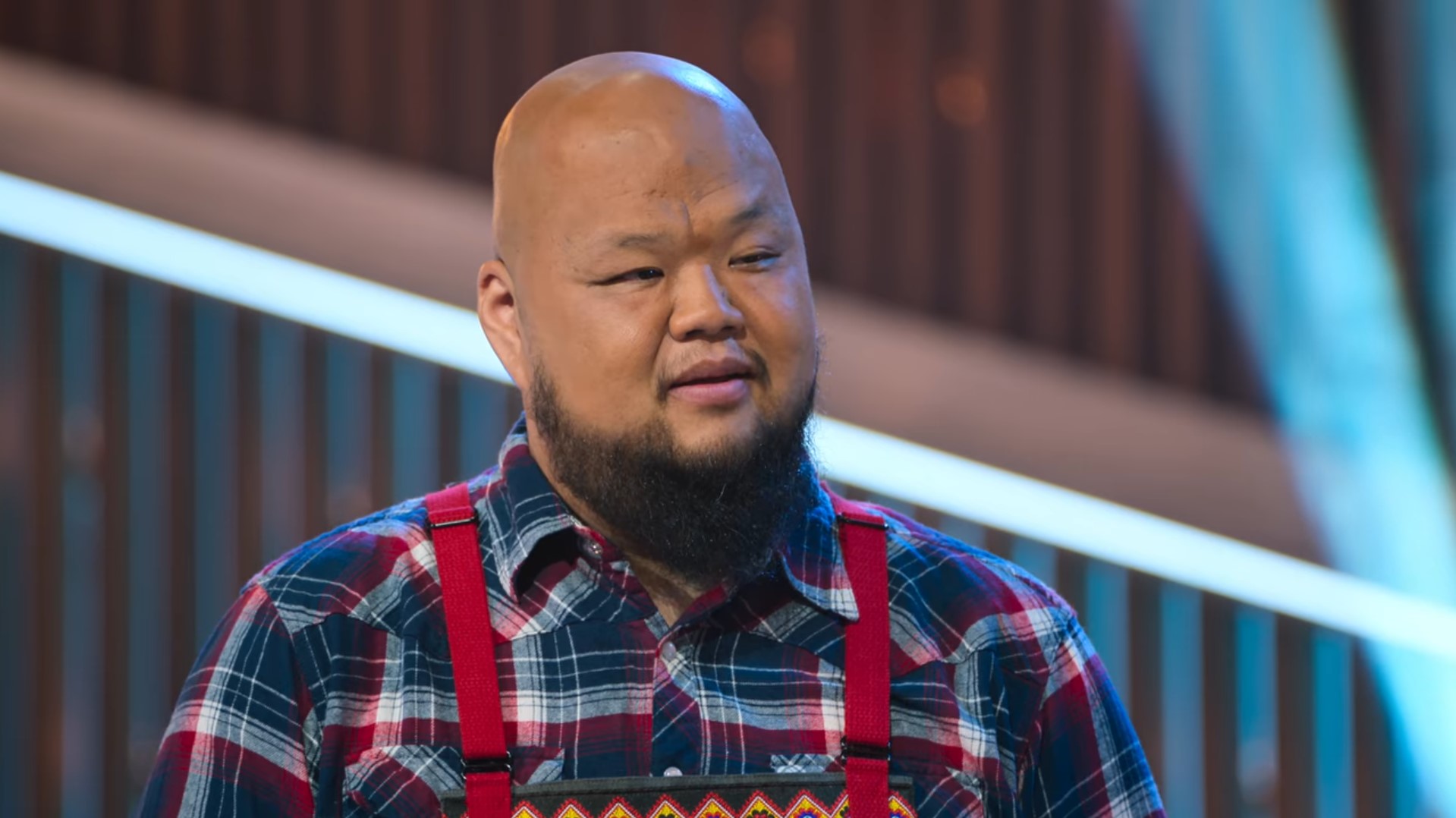 While on ‘Iron Chef: Quest For an Iron Legend,’ Vang squared off against Iron Chef Gabriela Camara, who is no less of an expert in toying around with varying flavors and spices. Moreover, both chefs were asked to incorporate different kinds of Chily Peppers in their creations, which was quite a tricky challenge in itself. Nevertheless, Vang seemed up for the challenge and appeared to be quite at home, working with such spicy ingredients. Besides, his love for the unorthodox came to his help, as the experienced chef was able to mix and match flavors and tastes in order to plate some incredible food for the judges. However, chef Camara gave Vang a run for his money, and ultimately, the challenger had to bow out in front of the Iron Chef.

Where Is Chef Yia Vang Now?

Chef Vang is currently based out of Minneapolis, Minnesota, where he runs his popular pop-up restaurant, Union Hmong Kitchen. Interestingly, Union Hmong Kitchen found a home inside Graze Food Hall in 2021, and Vang describes it as a place that celebrates community and the Hmong culture through dishes that tell stories and induce conversations. Viewers will be excited to know that Vang’s efforts to combine culture with food, as well as his fabulous cooking skills paved the way for him to appear on several renowned TV shows, YouTube videos, and publications. Additionally, he is also a finalist for the James Beard Foundation’s Best Chef Midwest competition.

Unfortunately, Vang is quite private when it comes to his personal life, although he maintains a solid bond with his family and credits them for the success he has achieved today. Moreover, the Hmong chef is also busy preparing for the grand launch of his signature restaurant, Vinai, which will open its doors in 2022. It is honestly inspiring to witness Vang’s tireless journey toward success, and we hope he remains happy for the years to come.