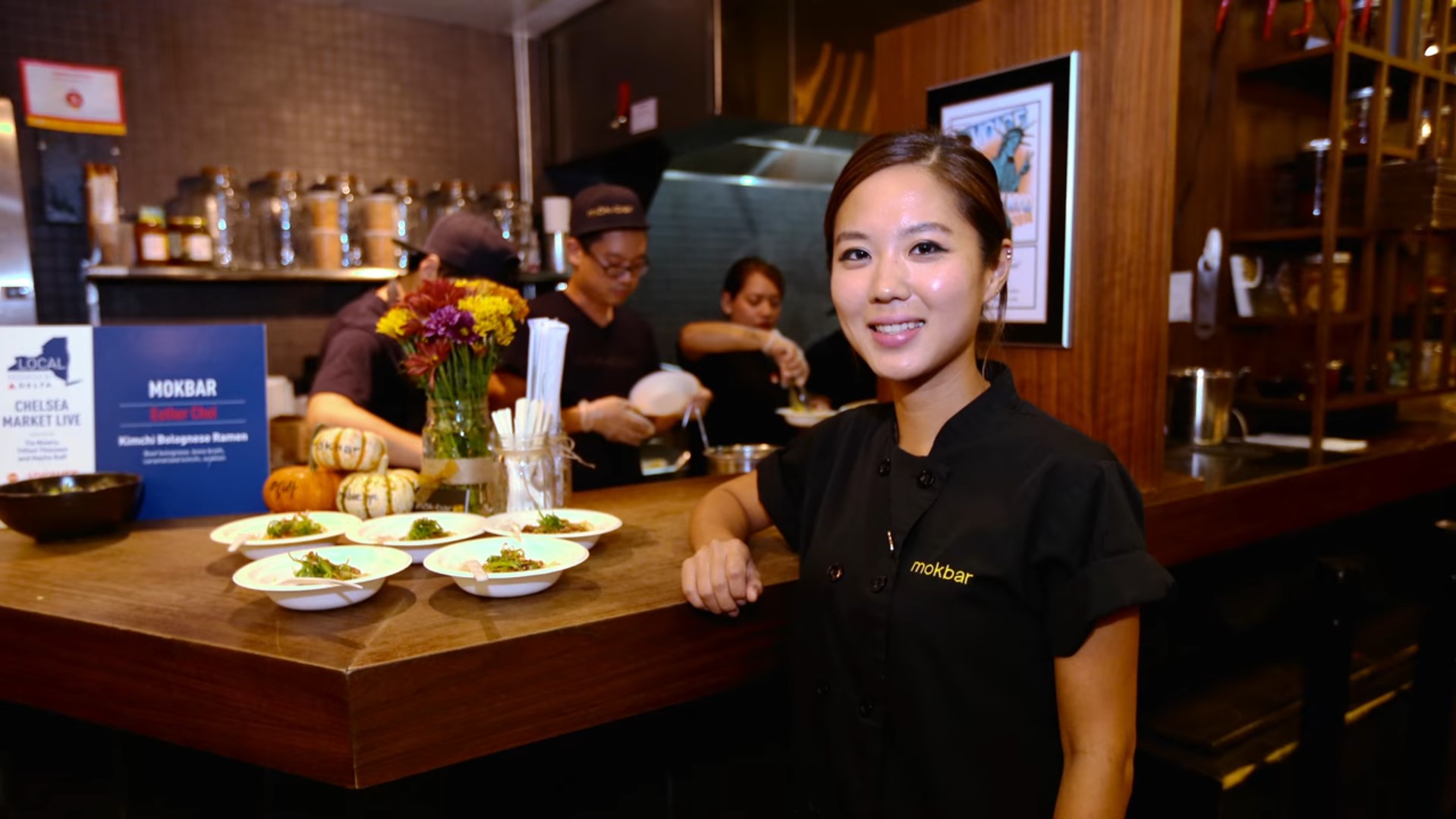 ‘Iron Chef: Quest For an Iron Legend‘ is an exciting competitive cooking show that pits five stalwarts of the food industry or the Iron Chefs against promising talents who have just started making their mark. While each episode features a challenger taking on an Iron chef in a specific type of cuisine, they are graded on different aspects by world-renowned judges until a winner emerges. Ultimately, the challenger who scores the most points is given an opportunity to participate in a fierce cook-off against all five Iron Chefs and win the title of Iron Legend.

Chef Esther Choi appeared on episode 2 of the show and took on Iron Chef Marcus Samuelsson with great gusto. Moreover, her brilliant take on Korean soul food not only won her the Iron Chef medal but also gave her a chance to participate in the season finale. Nevertheless, with the cameras now turned away, let’s find out where Esther Choi is at present, shall we?

Known best for running the New York City-based Korean Eatery, Mokbar, chef Esther Choi hoped to dazzle the judges and her competition with her Korean soul food on the show. After falling in love with cooking while working in the kitchen with her grandmother, Esther was determined to make her dream come true and finally opened her first restaurant in 2018. According to her, Mokbar is a blend of authentic Korean cuisine and comfort food that can be enjoyed anywhere and in any mood. 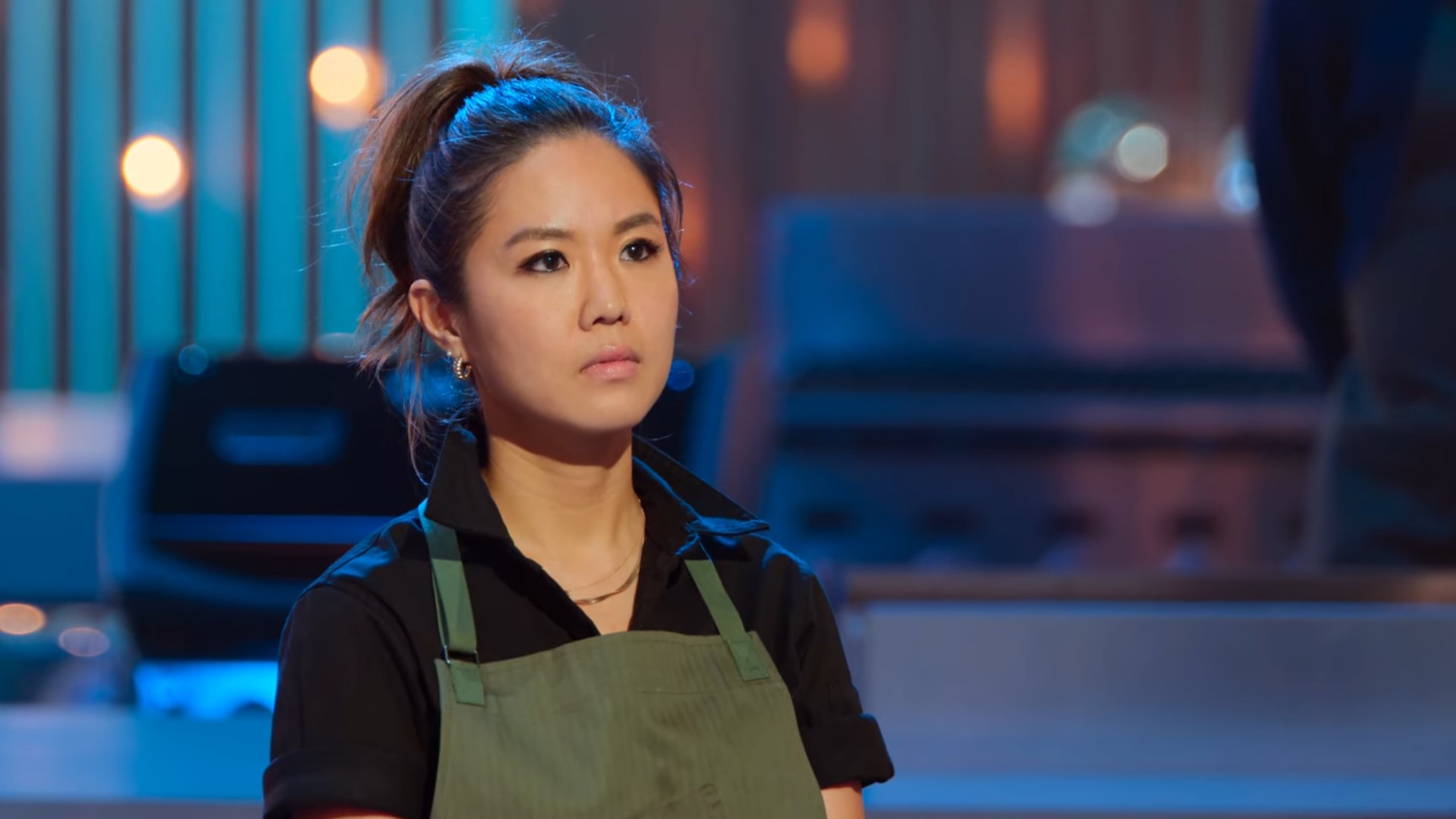 While on the show, Esther went up against Iron Chef Marcus Samuelsson, and the two were asked to cook food generally consumed at tailgate parties. Naturally, the menu consisted of classic treats like fried chicken, pork, and noodles, but Esther managed to bring the Korean twist to each of her dishes and wowed the judges with the flavor and presentation. Ultimately, she has crowned the winner of the challenge and given an opportunity to appear in the finale.

In the season finale, Esther went up against all five Iron Chefs and was challenged to cook five seafood dishes to win the Iron Legend title. Although the enthusiastic and promising young chef put up a great fight and produced five incredible plates, she ultimately fell short by one point and bowed out without getting her hands on the title. Yet, everyone present praised her outstanding dedication, tenacity, and fighting spirit.

Where Is Chef Esther Choi Now?

At present, Chef Esther Choi resides in New York City and is wholly engrossed in taking Mokbar to further heights. In fact, her Korean eatery got so popular that it currently has three branches in Chelsea Market, Brooklyn, and Midtown. On the other hand, Esther also has plans to take Mokbar out of NYC and establish an outlet in the neighboring state of New Jersey. Although cooking is now Esther’s profession, she held on to her passion for the art, as her Instagram account is chock full of her outstanding mouth-watering creations. Besides, she even runs a popular YouTube channel and is closely involved with the NYC-based cocktail bar, Ms. Yoo.

Interestingly, Esther’s association with British comedian Nigel Ng earned her a significant amount of internet fame, although the NYC-based chef does appear to be single as of the present. Esther’s love for cooking and her determination to hold on to her Korean roots are inspiring to say the least, and we hope success never eludes her in the long run.