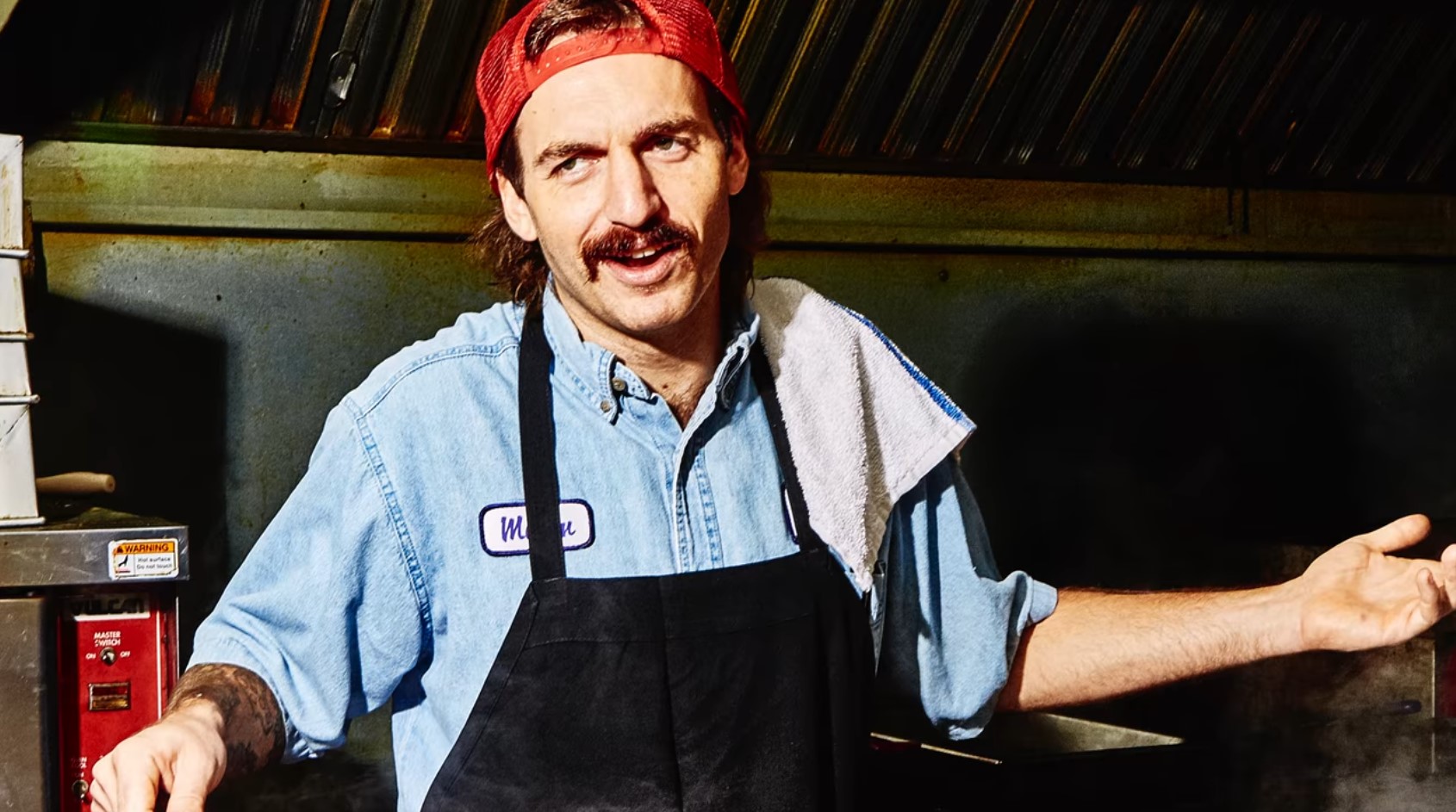 Netflix’s ‘Iron Chef: Quest For an Iron Legend‘ is a competitive cooking show that brings together five of the food industry’s top stalwarts or Iron Chefs and has them face off against promising challengers who are in the process of establishing themselves as forces to be reckoned with. While each episode pits one Iron Chef against a challenger in a cookoff that involves a specific secret ingredient, the participants are judged on their flavor, presentation, and technique. Ultimately, the challenger with the greatest number of points is given an opportunity to fight for the Iron Legend title by taking on all five Iron Chefs at once.

A chef known worldwide for his mastery of the sandwich, Mason Hereford appeared in episode 1 of the show. Subsequently, he faced off against Iron Chef Curtis Stone in a challenge where they had to incorporate lamb meat in five street food dishes of their own choice. However, with the season now behind us, let’s take a detailed look at Mason’s journey and find out where he is at present, shall we?

Originally from Virginia, Mason Hereford gained valuable experience by working in top restaurants around the world. However, his claim to fame was his unconventional and mouthwatering sandwiches, which helped one of his restaurants earn the title of Best New Restaurant in America in 2017. While on the show, Mason proclaimed he was not a traditional chef, as he often tried to break free of the fine-dining standard when working at such restaurants. Moreover, he fell in love with sandwiches from quite a young age, and opening a lively sandwich restaurant was one of his longtime dreams. 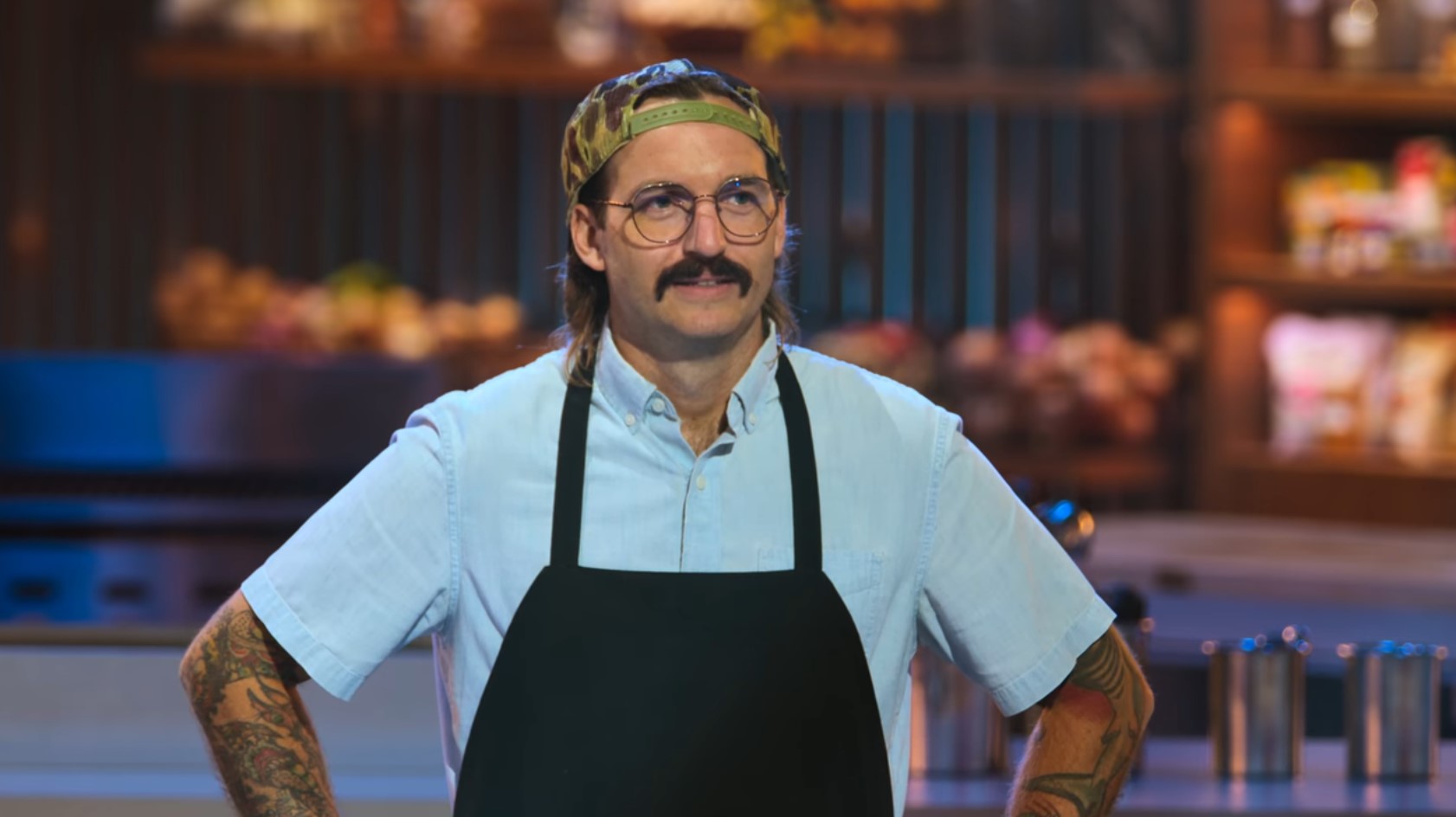 When Mason faced Iron Chef Curtis Stone on ‘Iron Chef: Quest For an Iron Legend,’ they were both given the secret ingredient of lamb meat and asked to incorporate it into five street food dishes of their choice. Right from the get-go, Mason got into the groove and felt at home with the relatively tricky challenge. He mostly played to his strengths and even let his personality shine through some creative plating and presentation ideas. Moreover, when it came to the food, Mason’s dedication was impeccable, and he left no stones unturned in delivering a perfect dish. Interestingly, the judges were in awe of his food and even praised Mason’s cooking skills. However, he fell short by just a few points and had to bow out to Iron Chef Curtis Stone.

Where Is Chef Mason Hereford Now?

Currently, Mason is based out of New Orleans, where he runs two successful and popular restaurants, namely, Turkey and The Wolf and Molly’s Rise and Shine. As evident from the relatively unconventional names, Mason’s establishments mirror his dynamic and lively personality and are considered casual eateries with a retro twist offering comfort food like delicious burgers, pizzas, and sandwiches. Besides, Mason’s popularity and expertise also paved the way for him to appear on various TV shows and popular YouTube channels, thus increasing his already significant fan following.

A post shared by TURKEY AND THE WOLF/mason h (@turkeyandthewolf)

Interestingly, Mason prefers to keep his personal life out of social media. However, he does maintain a close bond with his family, especially his siblings, as his second restaurant is named after his sister. While the expert sandwich crafter’s Instagram makes our mouths water from the pictures of his creations, it is motivating to follow his journey to the top, and we wish him all the success for the years to come.