ChessUp Shark Tank Update: Where Are They Now? 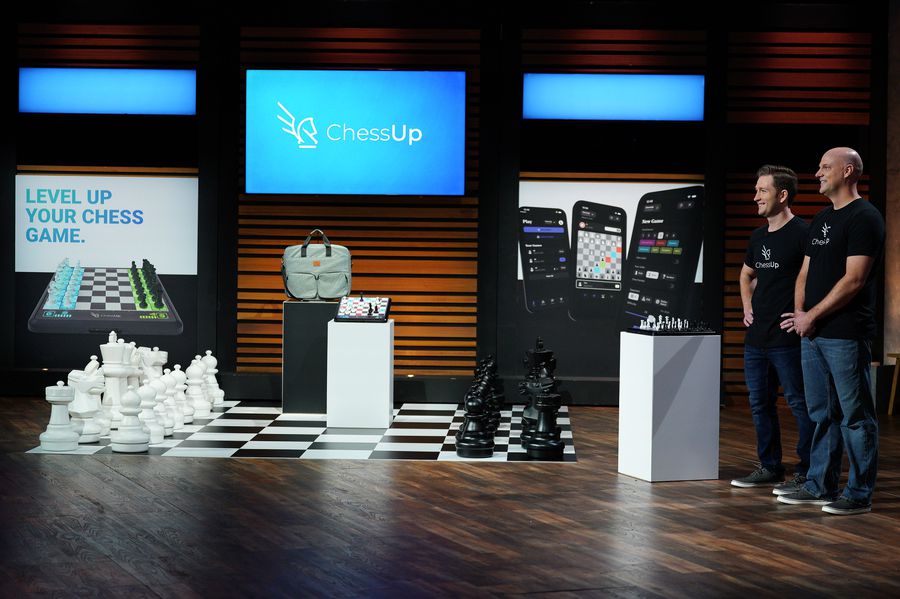 Interestingly, the game of chess has managed to stay relevant through generations, be it as a pastime, a competitive indoor sport, or a STEM learning tool. However, the game can get quite complicated at times, and the different rules, books, and theories that go into learning it can become overwhelming for people of all ages.

The ChessUp smart chessboard aims to solve that very issue by simplifying the learning process and even letting users play against the computer or online against a person of the same skill level. Entrepreneurs Adam Roush, Justin Farrell, and Jeff Wigh presented ChessUp on ‘Shark Tank‘ season 14 episode 7, and we decided to jump in and trace the company’s growth.

ChessUp: Who Are They and What Do They Do?

Interestingly, Adam Roush, Justin Farrell, and Jeff Wigh met at their workplace before coming up with the idea of ChessUp. Adam completed his BFA in industrial and product design from The University of Kansas in 2010 and even interned at Xikar during his university days. After graduation, he took up employment as an industrial designer in Garmin’s Outdoor and Fitness division before going up the ranks to become a product architect in 2013. In 2019, he was further promoted to the position of creative lead, but he ultimately left the company to join Bryght Labs in April 2021, where he still serves as the Chief Design Officer.

Meanwhile, Justin Farrell completed his Bachelor of Science in electronics engineering technology from DeVry University in 2009 before going on to complete his Master in electrical engineering from the University of Missouri-Columbia. After working at the University of Missouri Center for Geospatial Intelligence as a research assistant from 2010 to 2012, Justin eventually took up the position of Senior Design Engineer at Garmin. However, in September 2020, he left Garmin to join Bryght Labs as the Chief Technology Officer.

On the other hand, Adam Roush pursued his Bachelor of Science in Computer Engineering from Purdue University in 2003 before finding employment at Allegro MicroSystems, LLC. In 2008, he was offered the position of the Director of Research and Development at Herzog, but Adam eventually moved on to Garmin as a Product Architect Team Leader in 2013. He worked at Garmin till 2019 before choosing to pursue an MBA in innovation and entrepreneurship from the Massachusetts Institute of Technology. Currently, Adam, one of the co-founders of Bryght Labs, serves as the organization’s CEO.

While on the show, Adam, Jeff, and Justin mentioned how they got acquainted with each other while working at Garmin and discovered their passion for chess. However, when Jeff tried to show his daughter how to play the game, he had no idea how to hold her attention and keep her from feeling discouraged. He discussed this dilemma with Adam and Justin, and together the three came up with the idea of ChessUp, an AI chessboard.

At its core, ChessUp is an AI chessboard that can connect to a smartphone with the help of an app. While the board has an inbuilt tutor with different levels of expertise, touching a chess piece lights up all of its possible moves with a different color, namely green for ideal, blue for good, and red for an error. The board is also configured to alert the user in case of an illegal move and allows one to play against the computer, against a friend, and against an online opponent with the same skill level. Additionally, there is an inbuilt clock for different modes, a learn mode that helps one discover the strategy behind a particular move, and the board can also replay a pre-recorded game for analysis.

While working at Garmin, Jeff, Adam, and Justin had become well-versed in 3D printing custom designs and circuit boards. However, they still had to go through numerous prototypes before they could perfect the design and programming of the ChessUp chess board. Sources even state that the friends manufactured a similar tic-tac-toe board that helped them perfect ChessUp’s design faster. Eventually, the friends realized the business potential of their invention and launched a Kickstarted campaign in March 2021.

Much to their surprise, the public loved the product, and once the campaign fetched them a revenue of over a million dollars, they dedicated all their time to ChessUp and eventually launched it under the banner of Bryght Labs. Currently, ChessUp products are exclusively available on their official website, which often hosts flash sales. The board and pieces will set you back by $299.

Furthermore, the company even offers a bundle complete with the chess set, a phone stand, a carrying bag, a pieces bag, and a whole set of touchsense checkers pieces, which demand a price of $399. Additionally, these accessories are available individually within a price range of $29 to $79. It honestly is wonderful to witness ChessUp’s growing popularity, and we are confident that the business will reach further heights in the near future.

Read More: ShredSkinz Shark Tank Update: Where Are They Now?