ShredSkinz Shark Tank Update: Where Are They Now? 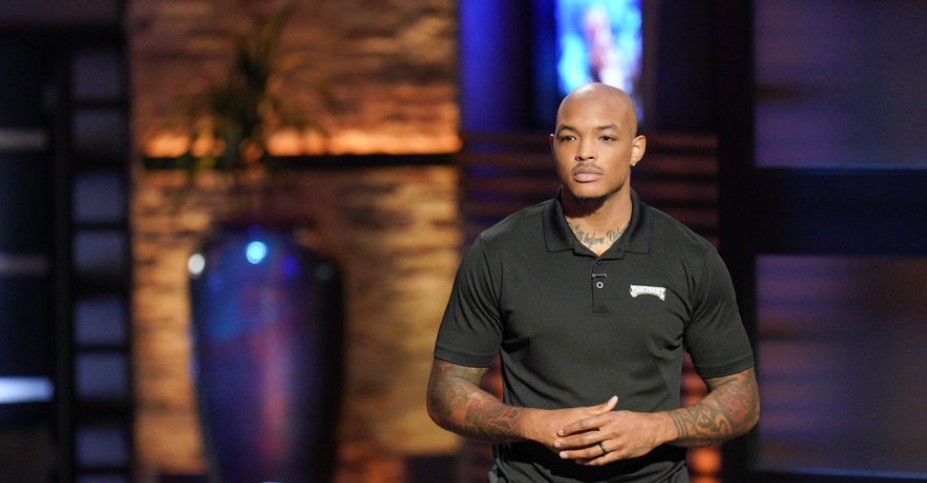 While sauna or workout suits are quite common in today’s world, the ones available in the market are either unsanitary, cumbersome, or not good for one’s skin. Moreover, a good quality one is pretty heavy on the pocket, leaving athletes with fewer choices. ShredSkinz aims to solve this very issue through its comfortable, lightweight, and disposable sauna suits. Entrepreneur Kalaii Griffin II, who appeared on ‘Shark Tank‘ season 14 episode 6, introduced ShredSkinz to the Sharks hoping for a life-changing investment. Well, since the product managed to catch our interest, we decided to jump in and trace the company’s growth.

ShredSkinz: Who Are They and What Do They Do?

Kalaii Griffin II, the mastermind behind ShredSkinz, completed a degree in Psychology from Ventura College in 2016 before going on to pursue a Bachelor’s Degree in Communication from The University of Texas at El Paso. Before enrolling himself in the Bachelor’s Degree, Kalaii worked as a Sales Representative at Berlin City Nissan of Portland and even earned the title of Youngest top sales performer. Moreover, while at college, he played Division 1 Football and was on the Student-Athlete Honor Roll from 2017 to 2020.

Although Kalaii started Shredskinz LLC in October 2020, just months after graduating from college, he found work as a Business Development Representative at Rapid7 in April 2022 and has since been promoted to the position of Senior Business Development Representative. Since Kalaii led a pretty active life throughout college and played Division 1 Football, he had an affinity for exercising. Moreover, he soon learned that using a sauna suit during exercise sessions helps one lose extra pounds, get rid of water weight, and develop muscles.

Besides, it also helps increase one’s metabolic activity post-workout. However, Kalaii soon realized that the sauna suits available in the market were either of poor quality, unhygienic, difficult to clean, or cumbersome to use. Hence, finding no other way to get what he needed, Kalaii went to the drawing board and came up with his own version, which he named Shredskinz.

Shredskinz is a company that produces lightweight and disposable sauna suits that are easy to wear, comfortable to work out in, and can be easily disposed of after use. There is no question of unhygienic practices, and since its available for a very favorable price, users need to reuse a single suit over and over again. However, Kalaii did mention that people living with diabetes or heart disease should not use sauna suits as it would not agree with their health.

Once ShredSkinz was launched in October 2020, Kalaii was encouraged by the positive response his products received. In fact, the very first bath of sauna suits sold out within six days, and within months the company was already hitting record sales numbers. However, with time, and due to the Covid-19 pandemic, sales began diminishing, and Kalaii soon realized that he had to increase the reach of his business. That is when he hit upon the idea of marketing through social media and used platforms like TikTok and Instagram to promote his product.

We love to see your sweat dumps!! Get active and bring @ShredSkinz with you for the ride💦💦💦💦 pic.twitter.com/ChRavPS1jv

Unsurprisingly, ShredSkinz soon began trending on TikTok, and once the video of the product went viral, orders began flying in from all parts of the United States. Currently, the products are available solely on their official website, which even contains a bunch of rave reviews for the Sauna Suits. Each pack of 5 suits will set one back by $24.99, while the company sells a matching hoodie and headband that fall within the price range of $10.99 to $34.99.

However, those looking to save even more money can opt for a subscription service, which costs $19.99 per delivery. Besides, readers would also be interested to know that the suits are available in four colors, namely black, blue, pink, and green. Witnessing ShredSkinz rise to the very top is incredibly inspiring, and we are confident that Kalaii will enjoy further success in the near future.

Read More: FireFighter1 Shark Tank Update: Where Are They Now?