Are Chloe and Max From Unexpected Still Together? 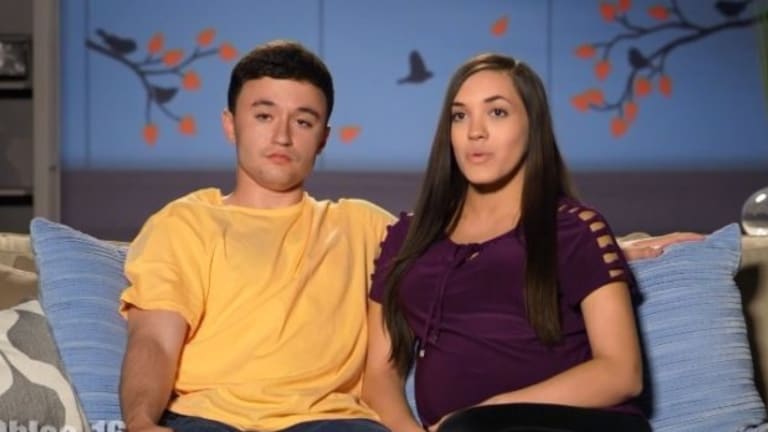 TLC’s ‘Unexpected‘ is a reality series that does a brilliant job highlighting the troubles and complications that parents face when they plan on raising a baby when they are technically still children themselves. Focusing on teenage expecting couples, this show documents the various stages of pregnancy and the first few weeks of parenthood.

It explores the complicated relationship between the couples themselves and their families and shows how they deal with their new roles. Although the gripping story lines make us hope that each pair can get through it on their own while making their teen relationship work, it is not always the case.

We were first introduced to the then 16-year-old Chloe Mendoza and the 18-year-old Max Schenzel on season 2 of ‘Unexpected.’ The couple had been in a relationship for a while before they found out that they were pregnant, so their story was one that had the fans always craving for more.

Not only were the couple in a serious relationship, but they believed that they were genuinely in love. Unfortunately, since they were only teenagers, their love could have been just infatuation or a crush or just plain lust. This much was even made clear by Chloe’s mom, Jessica, when she constantly talked about how much she disapproved of her daughter’s boyfriend because of his behavior and run-ins with the law. Jessica, who herself had given birth to two children before she turned 19, played an essential role throughout the couple’s journey on the show. Rather than Chloe’s pregnancy, the conflicts between her mother and Max became the root of her story.

On the show, Chloe had revealed that she wanted to go back to school for further education after she gave birth to her daughter, and even admitted that she planned on living with Max in college so that they could be a family. But, when their daughter, Ava Schenzel, was born in mid-2018 and Max’s alcohol and drug problems were getting bad again, she gave an ultimatum and told him that if he failed another drug test and ended up in jail, they were over.

Fortunately, though, in the end, even after all the drama involving drugs, the baby shower, and not seeing eye-to-eye with family members, Chloe, Max, and Ava were able to be together as a small family of their own and start their lives together.

Are Chloe and Max Still Together?

No, they are not. Chloe and Max decided to call it quits on their relationship in early February 2020. The couple had been living together in an apartment in Tempe, Arizona, but after Max relapsed in late January after being sober for five months, Chloe decided that she had had enough and kicked him out. Max has been struggling with substance abuse for quite some time now and has even been to rehab to get better, but, evidently, it didn’t work as well as he hoped it would.

He was even arrested for domestic assault in late 2019; however, it’s not very clear if it was an accident or a serious altercation, as Chloe came to his defense afterwards. She admitted that they were fighting and that she had black eyes, but it was not because he hit her. Instead, it happened because when she asked for his phone, he threw it for her to catch, and it ended up hitting her right in between the eyes, causing a bump.

Max lived with his dad in Phoenix for a short while after he was booted out of their apartment, but since then he has moved back to Tempe to be closer to Chloe and Ava and currently lives with a friend. On his Instagram story, in late February, he even revealed that he has gotten himself a job and is working to be better for his family.

Chloe, on the other hand, is focusing on taking care of her daughter while attending Arizona State University to obtain a bachelor’s degree. She is working hard towards her goal of ensuring that she can give her daughter the future she deserves. Chloe and Max even have their own individual YouTube channels where they get candid and post updates with what is going on with their lives.

In one of her videos following their breakup earlier this year, Chloe even admitted that she hopes that she and Max can, one day in the distant future, work through their issues and get back together. And like her, even we hope that they end up with each other, giving Ava a proper family.

Read More: Are Amber and Matthew From Love At First Sight Still Together?