Christian de la Torre: Where is The Traitors Contestant Now? 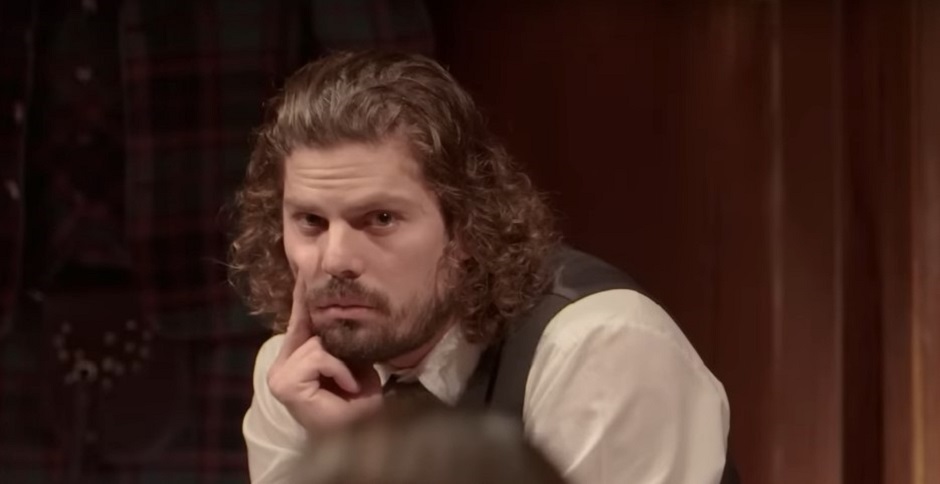 The fame of Peacock’s ‘The Traitors‘ can easily be attributed to its talented cast. The drama and paranoia rampant among the reality show’s cast members is nothing short of entertaining. The chaos that unfolds in every second of the murder mystery only becomes more captivating thanks to the masterful game played by the Traitors.

Needless to say, they can quickly gain a large fan following. For Christian de la Torre, it was the same as he kept striding ahead in the series’ first season as a Traitor. Though he did not win the challenge, the civilian contestant earned many fans eager to learn more about him and his current whereabouts. So, let’s explore the same together, shall we?

Who is Christian de la Torre?

Born on May 30, 1993, Christian de la Torre hails from Wisconsin. His father, Sergio, was born in Los Angeles, California, but passed away before the reality TV star was born. Since childhood, Christian has had a passion for traveling and often participated in sports events and other competitions, which allowed him to travel within Wisconsin and across the US. Even at a young age, he has been a risk taker, which did not always result in the best outcome.

In fact, as a young athlete, Christian was involved in a severe accident as a hockey goalie. Another player’s skate accidentally cut his left leg muscles and tendons. Due to this injury, he was asked never to play hockey again. However, the Wisconsin native refused to give up and started with therapy. A month later, he was back to play in an international hockey tournament, which resulted in his team’s victory and his attaining a scholarship.

As an adult, Christian decided to join the Army, which also took him to new places, though he certainly did not get to choose his destinations. However, he was medically retired due to injuries he sustained during training and deployment. “My disabilities did not become an obstacle, but rather I recognized they provided me an opportunity to re-evaluate and reset – preparing me for the chapters that were yet to be written in my life story,” he shared with VoyageLA. While serving in the Army, the Peacock show cast member enjoyed the diversity of the military.

After retiring from the Army, Christian took up van traveling. His journeys have taken the reality TV contestant to places like the Italian coast and National Parks across the US. Given his love for exploring, Christian often visits remote locations and is known for going off-grid during these times. Nevertheless, he soon found a new passion and joined the entertainment industry. “I was a transitioning veteran living the van life and decided to build on my love of adventure and love of people to pursue acting and influencing,” he explained.

Through his work, Christian has been involved in several photoshoots. Though primarily working in commercials, he has also appeared in ‘The Gratitude Project,’ a Samira Wiley documentary. “What sets me apart from some others is that I did not participate in any formal training to pursue this lifestyle. I used my own interests and experiences as the springboard to acting and content creation. I continue to “learn” from the experiences of being in the military and my own travels,” he elaborated.

As of writing, Christian is seemingly based in the Arts District neighborhood in Los Angeles. The actor moved to his father’s birth city in August 2020. “Long story short, this has been one of the best decisions in my life. There have been A LOT of speed bumps along the way. However, those speed bumps are just little lessons that help me navigate through my journey in this life,” the reality TV star explained on his Instagram. He has also been recently involved in the “LIFE RIPS” project.

The army veteran is pretty excited about his appearance in the reality TV series and has been heavily promoting the same. Christian has not lost his love for traveling and tries to be on the road as much as possible. During his van journeys, his dog Maverick (who has his own Instagram account!) is his constant companion, whom he loves very much. With a positive perspective and a can-do attitude, the Wisconsin native is always ready to take on any challenge.

Read More: Michael Davidson: Where is The Traitor Contestant Now?