Christmas Ever After: Filming Locations and Cast Details 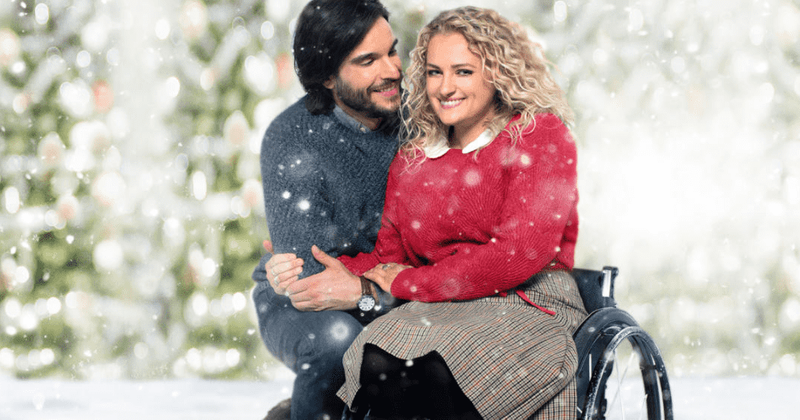 ‘Christmas Ever After’ is a Lifetime movie that centers on Izzy, a free-spirited romance fiction writer, whose life gets much more interesting when she meets her favorite snowy bed & breakfast’s new owner Matt, a man who looks exactly like the hero of her novels. As Izzy and Matt get to know each other better and partake in the quaint little inn’s Christmas festivities, Izzy’s writer’s block dissolves, and inspiration strikes. Naturally, sparks of a real romance flying between them.

The movie has been praised for giving Lifetime its first heroine living with a disability and for imagining a world where Izzy’s disability does not define her. It is not the first thing you notice about the bubbly novelist, and it does not stop her from living her life to the fullest. So why should it prevent her from going after the man of her dreams? Curious to know where ‘Christmas Ever After’ was filmed and who is in the cast? Here is what we know.

Christmas Ever After Filming Locations

‘Christmas Ever After’ is a story that’s set in an idyllic small town in upstate New York. Filming was done entirely on location in the Canadian province of Quebec, in late August 2020. The production team – all the cast and crew – had to socially isolate and follow numerous other strict procedures in place while filming in the times of COVID-19. Here are more details about the prominent locations that were used for shooting the film!

‘Christmas Ever After’ was filmed in Knowlton, a small, picture-perfect village in the southern region of the Eastern Townships in Quebec. Situated on the shores of Brome Lake, this quiet Victorian village oozes small-town charm and tranquility in its unspoiled natural surroundings. The hospitable village of Knowlton boasts diverse festivals, historical charm, and a pretty laid back, rustic atmosphere. 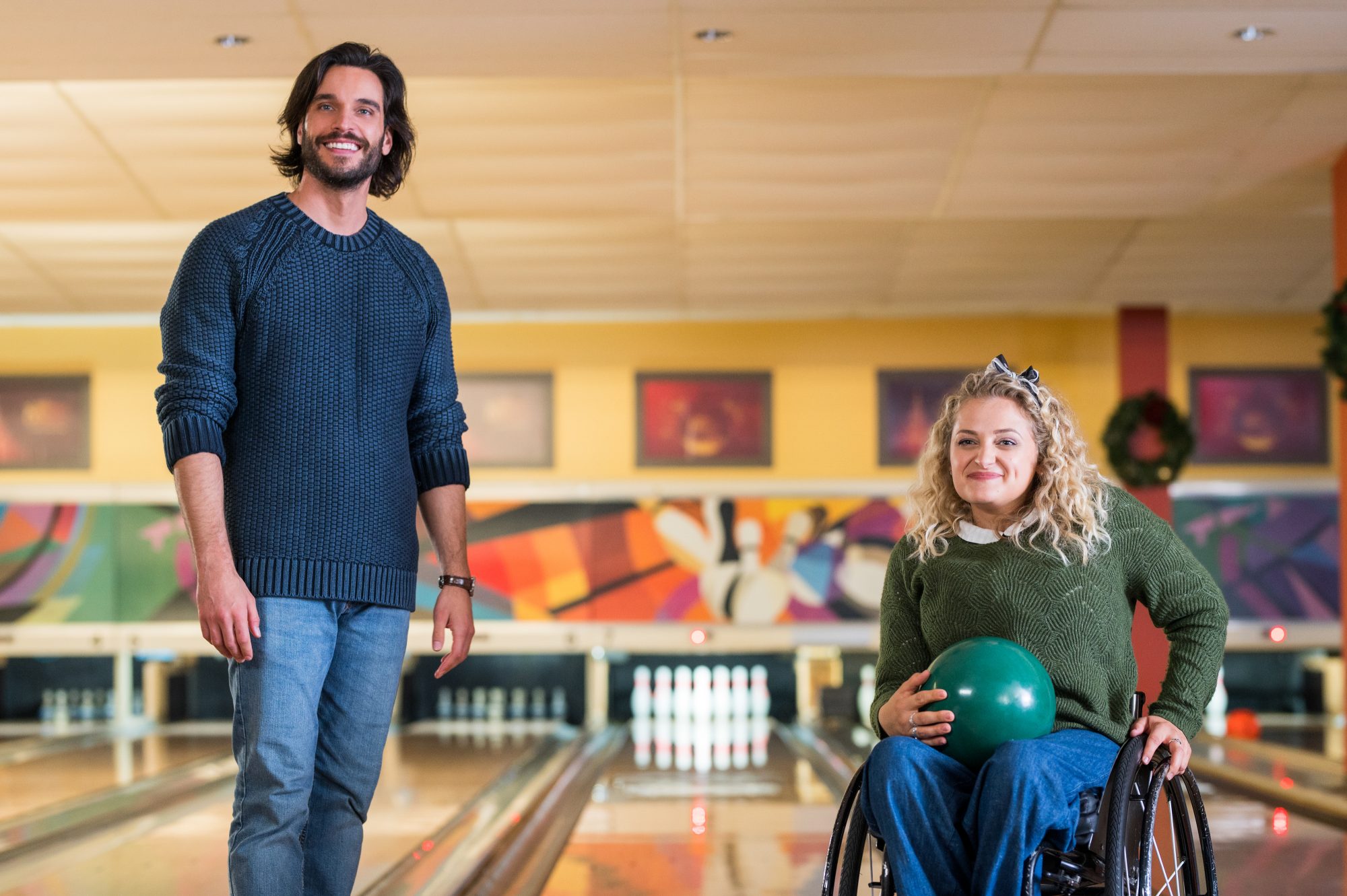 The production team chose several local streets, buildings, and landmarks as the backdrop of the film. Star Cafe, located at 61 Chemin Lakeside, Knowlton, was turned into a bakery for the movie, and filming also took place in downtown Knowlton. The primary location where most of the movie takes place is the historical Auberge Lakeview Inn, situated at 50 Rue Victoria, Knowlton. 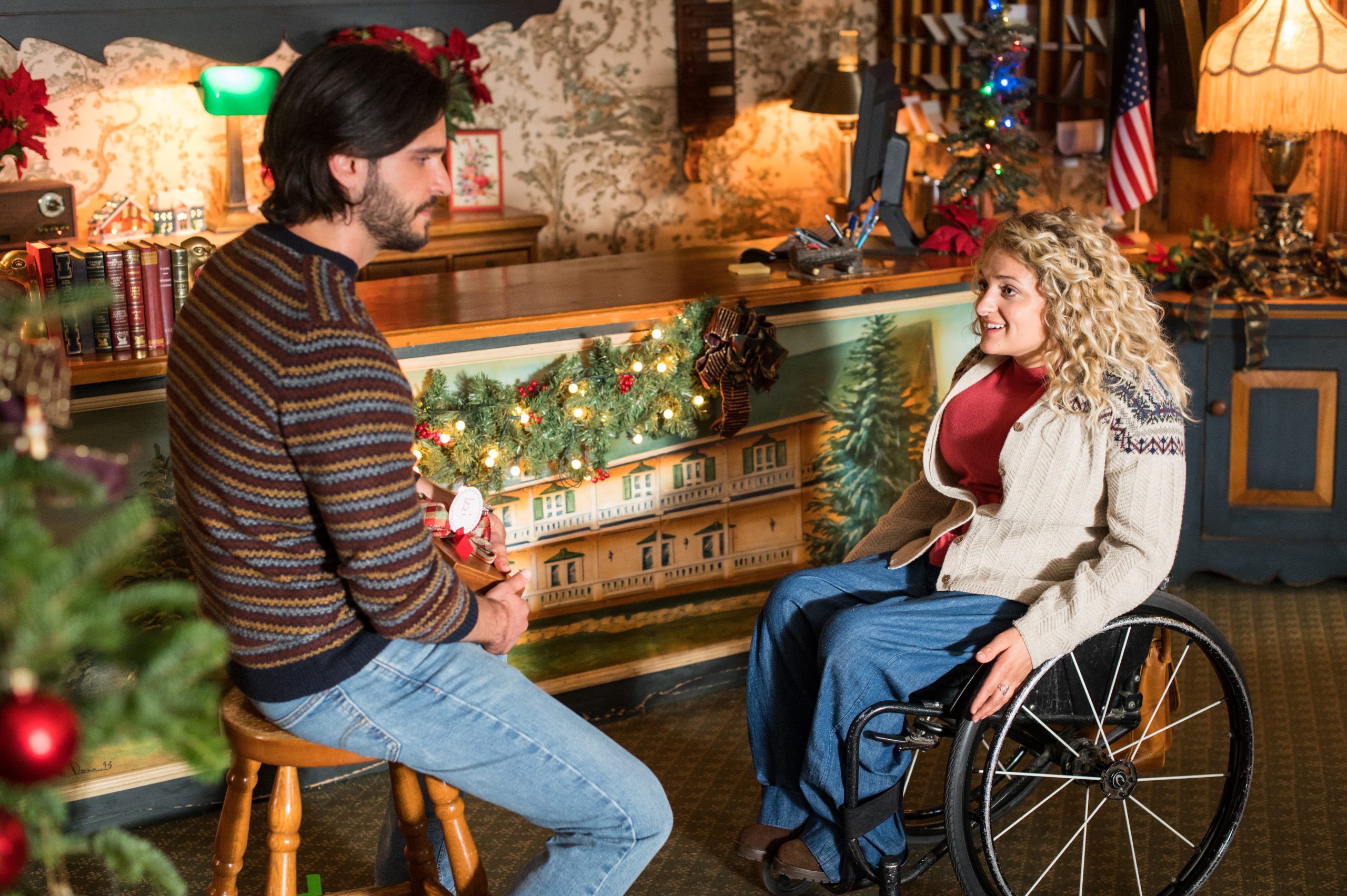 The Auberge Lakeview Inn was converted to the Antler Chalet, the protagonist’s favorite bed & breakfast, for the purpose of filming. The production crew had to be extra careful while filming at the inn because it’s an old building. However, the character of the place was just right for ‘Christmas Ever After’.

Christmas Ever After Cast Details

‘Christmas Ever After’ stars a bunch of talented actors, most prominently, the leading lady – Tony Award-winner Ali Stroker (‘City Boyz’). She is the first disabled American actress to use a wheelchair to perform on the Broadway stage. The casting of Ali Stroker as Izzy Simmons, the protagonist who uses a wheelchair, in ‘Christmas Ever After,’ is a leap towards proper representation in cinema.

Starring opposite Ali Stroker is Daniel di Tomasso as the handsome new owner of the Antler Chalet and the man who looks uncannily like one of Izzy’s fictional heroes. Tomasso’s previous acting credits include ‘Witches of East End,’ ‘Major Crimes’, and ‘Dynasty‘.