Classroom of the Elite Season 2 Episode 10 Recap and Ending, Explained 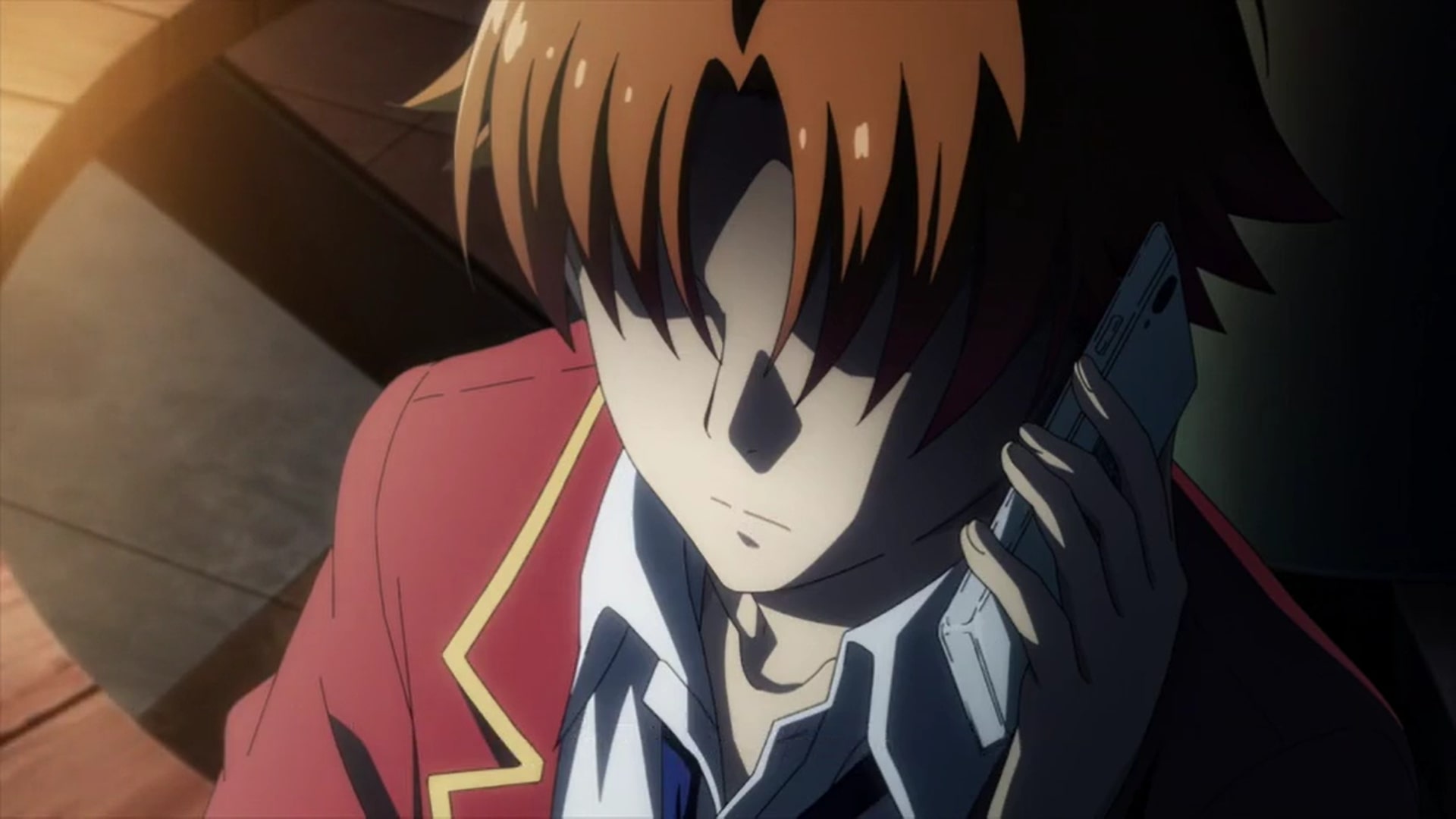 In the tenth episode of ‘Classroom of the Elite‘ season 2 titled ‘People, Often Deceived by An Illusive Good, Desire Their Own Ruin,’ students of class D are closely watched by class C. Meanwhile, Ayanokouji’s father meets him in the reception room to get him to withdraw from school. After using Karuizawa as his pawn for so long, Ayanokouji decides to end all ties with her. Here’s everything you need to know about the ending of ‘Classroom of the Elite‘ season 2 episode 10. SPOILERS AHEAD!

After the conclusion of the Paper Shuffle exam, the students in class D are relieved that no one was actually expelled from the school. While the study group with Ayanokouji is having a discussion they are shocked to see Class A and B leaders are getting along well and talking with each other. However, they soon ignore them and start discussing their Christmas plans. 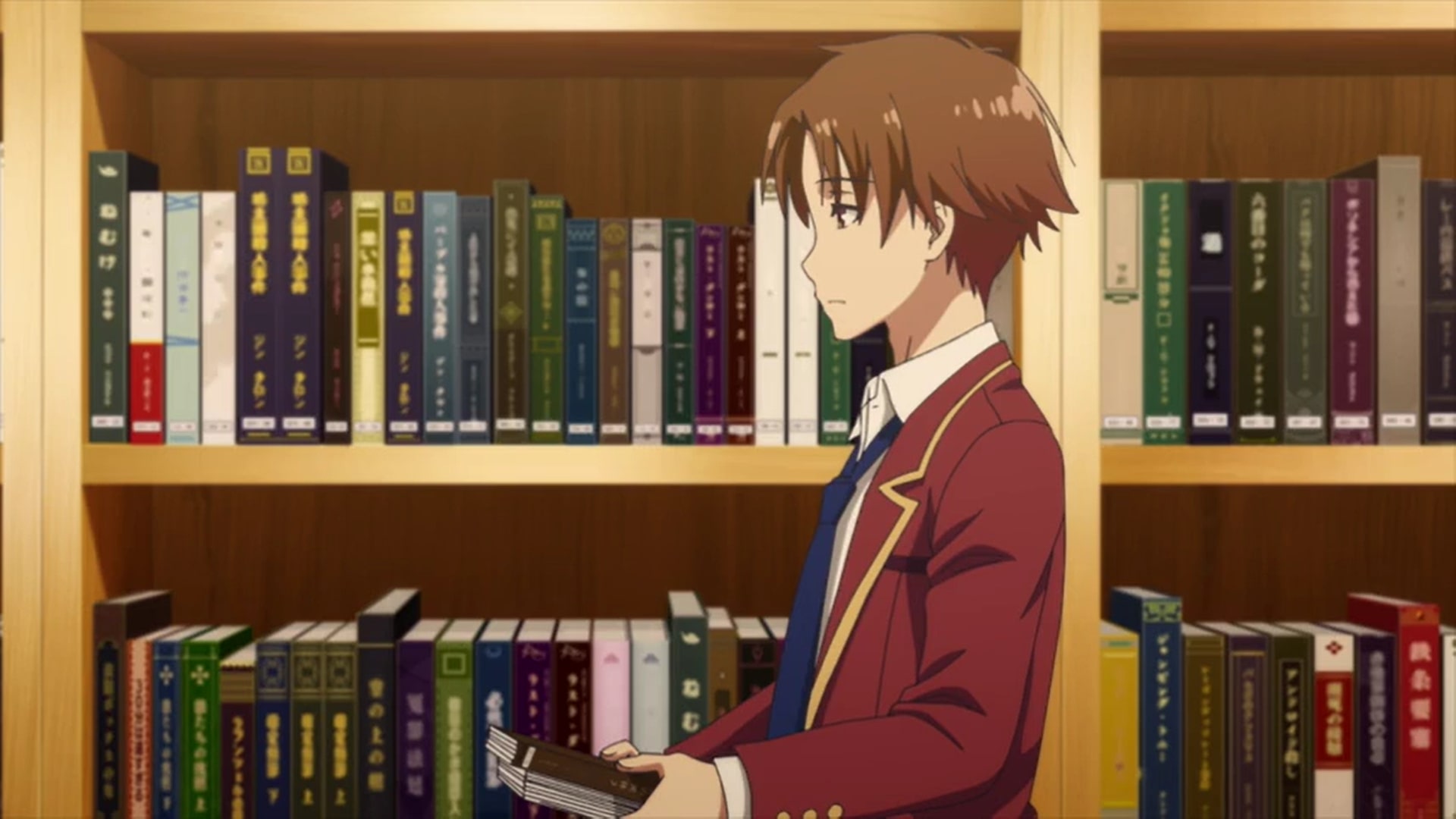 After school, Karuizawa notices that a Class C student is following her. She later tells Ayanokouji about it, who just asks her to ignore him. Kiyotaka then asks Karuizawa about her recent mission and she reveals much to the former’s surprise that his study group was spied upon by a Class A student not someone from class C. While the implication of this remains unclear, Kiyotaka does not explain anything to Karuizawa for now.

The following day Kiyotaka is asked by Chabashira to follow her. She does not offer to give him any explanation but later leads him to the reception room. There he finds his father waiting for him. Professor Ayanokouji informs Kiyotaka that his butler Matsuo had died because of a fire set up by himself. He then goes on to ask him about his motivations for coming to Advanced Nurturing High School and even requests him to withdraw from the school- which Ayanokouji naturally declines.

Classroom of the Elite Season 2 Episode 10 Ending: What is the White Room?

White room is an educational institution founded and headed by Profession Ayanokouji about two decades ago, whose sole goal is to raise children by getting rid of the flaws in the traditional education system. While the students who have been there can easily outperform children from traditional educational institutions, the white room does have deeply concerning practices. In fact, Kiyotaka believes that it should not even exist from the human-rights point of view. 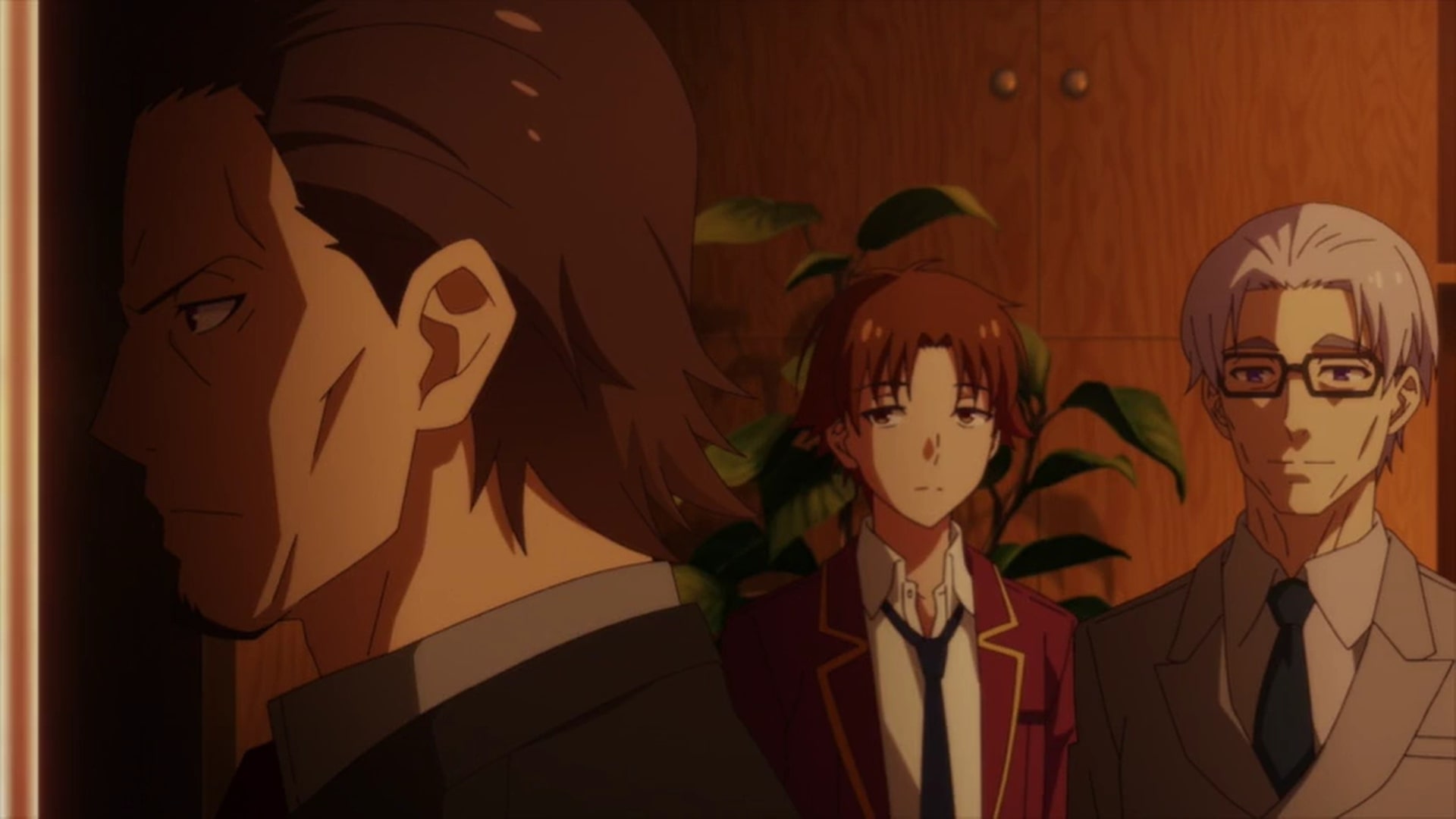 The lifestyle there is so strict and focused on efficiency that the students struggle to bond emotionally like other children. The only place outside the white room where a former student can escape for safe refuge is the Advanced Nurturing High School, which was recommended to Ayanokouji by his butler Matsuo. 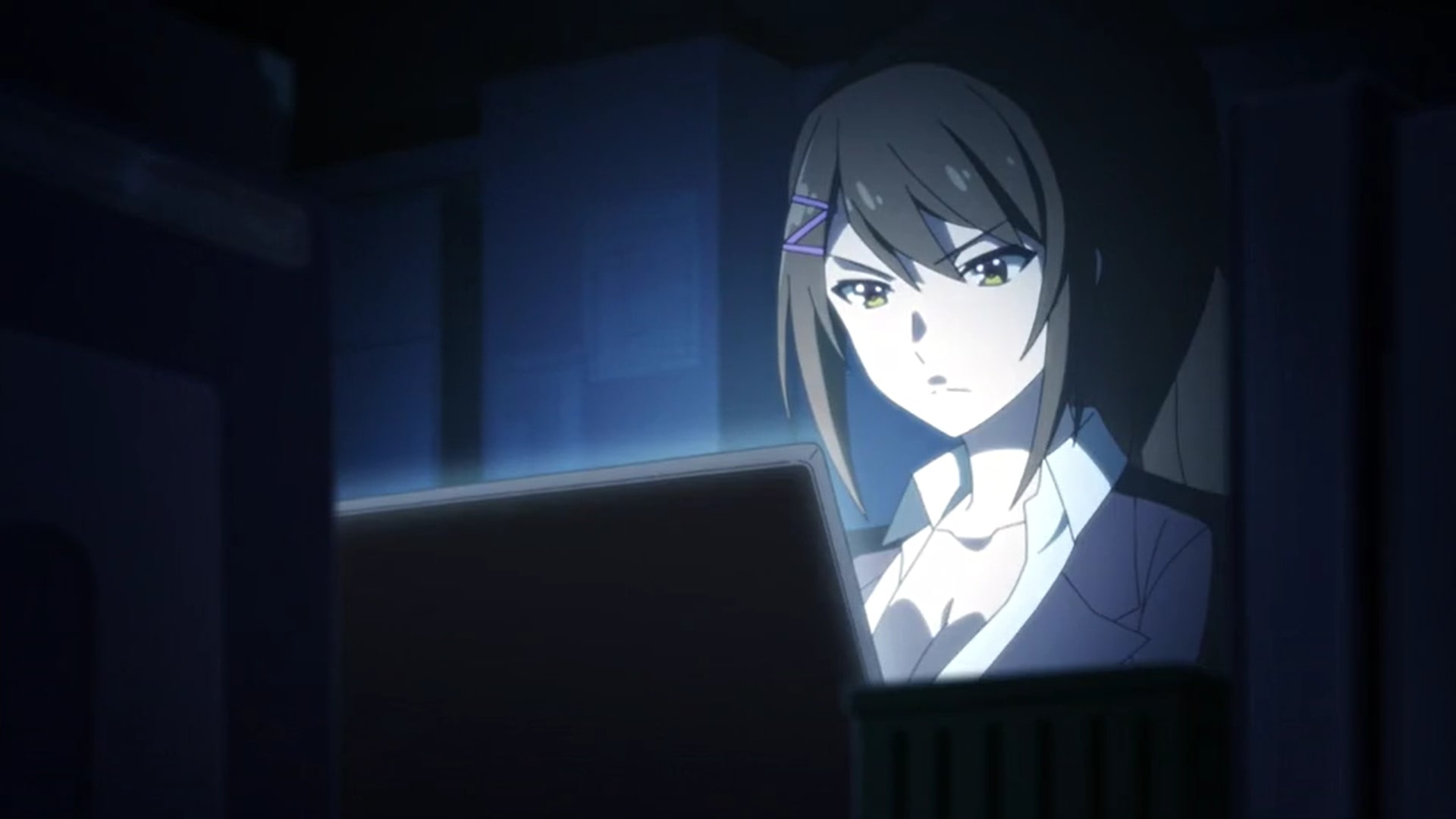 Chabashira, like others, was driven by the desire to make it to Class A for a long time. Unfortunately, she never had any students in her class smart enough to help her achieve this goal. So, when she came across Ayanokouji, Chabashira immediately recognized his talent and knew that he could help her get what she wanted all this time. Therefore, to get closer to him and establish a bond, she lied to Ayanokouji that she knew her father. However, after Kiyotaka met Professor Ayanokouji, he realizes that Chabashira was honest with him and was only trying to use him for her own personal ambitions.

Why Does Ayanokouji Cut All Ties With Karuizawa?

The night after meeting his father at the school, Ayanokouji calls Karuizawa to check up on her. The latter is surprised that he can call her without asking for any favors. However, Kiyotaka shocks her when he reveals that he will be cutting all ties with her from now on. Karuizawa was not expecting that something of this sort was on Ayanokouji’s mind, so she naturally wonders what could possibly be the motivation behind it. 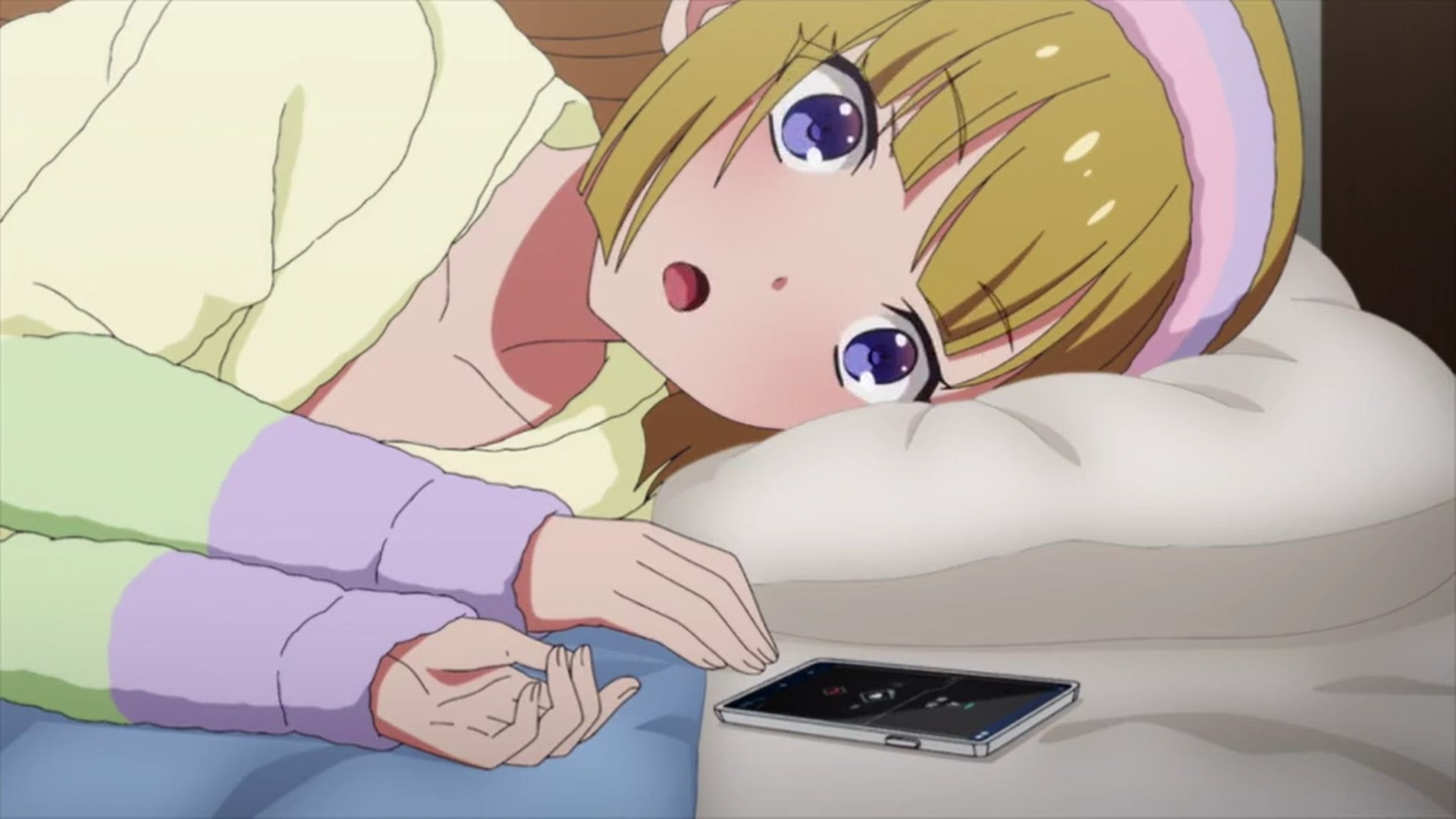 Ayanokouji then goes on to explain that the reason for him to help Class D do better and outperform other classes have ceased to exist. Therefore, he will no longer need any help from Karuizawa. But Kiyotaka reassures her that he will keep his word and offer all possible help whenever she is in any kind of trouble. Before he cuts the call, he also asks Karuizawa to delete all contact information that could show that the two of them were ever in touch with each other.