Classroom of the Elite Season 2 Episode 11 Recap and Ending, Explained 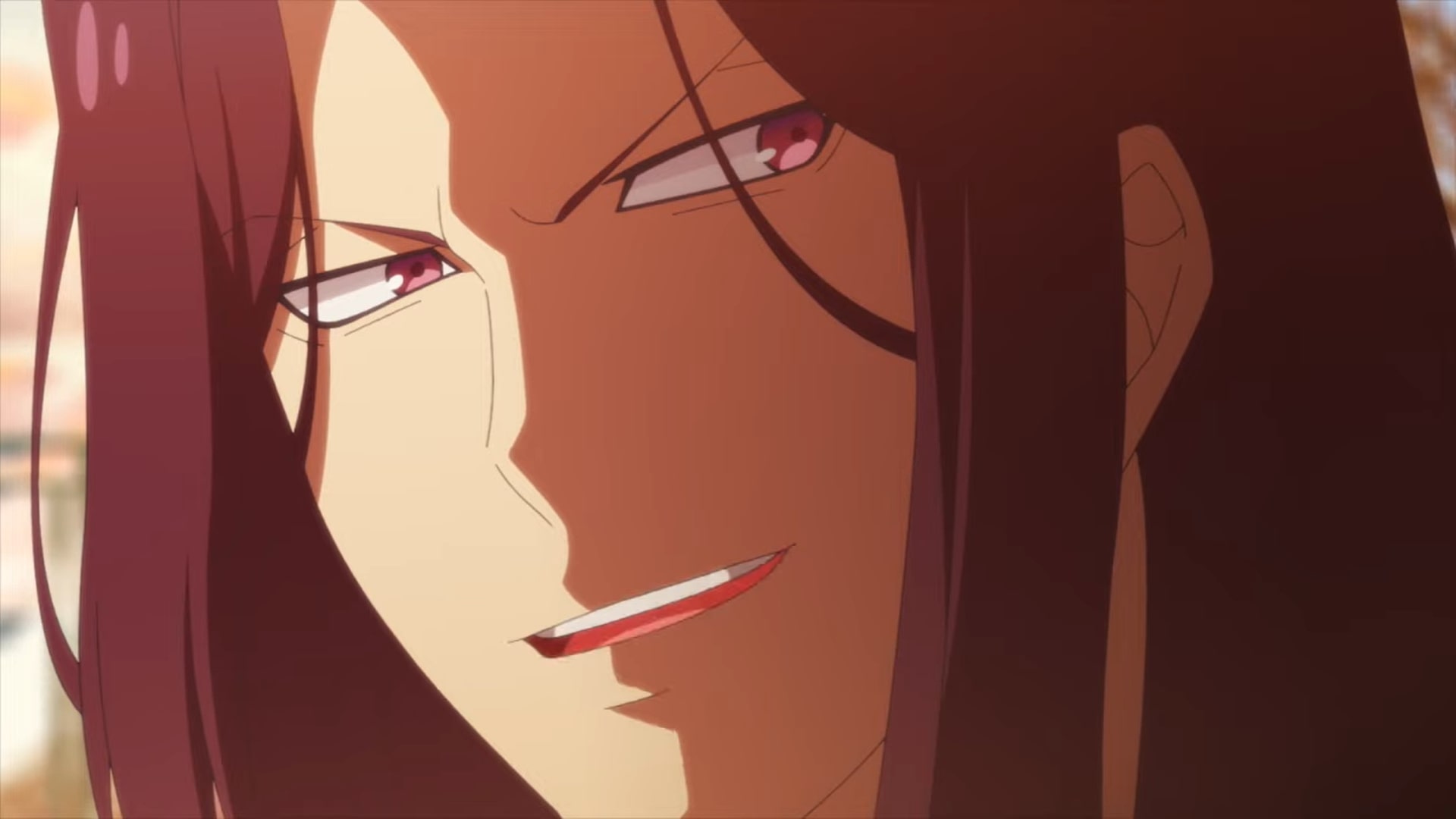 In the eleventh episode of ‘Classroom of the Elite‘ season 2 titled ‘A Man Who Cannot Command Himself Will Always Be a Slave,’ Ryuuen and his men visit Class D looking for the mastermind and follow Kouenji as soon as he leaves the room. When they confront him, Kouenji claims that they have got the wrong man as he has no interest in petty rivalries between the different classes and is therefore not the mastermind. In his desperation, Ryuuen corners Karuizawa and tortures her to figure out the true identity of the man running Class D. Here’s everything you need to know about the ending of ‘Classroom of the Elite‘ season 2 episode 11. SPOILERS AHEAD!

The day after Ayanokouji tells Karuizawa that he is going to cut all ties with her, she waits for him at the school. When Karuizawa greets him, Ayanokouji treats her like any other acquaintance and does not show any emotion. Later that day, Ryuuen visits Class D with his men and appears to be looking for someone. As soon as he sees Kouenji walking out of the class, he and his men begin to follow him- sparking a commotion among Class D students. 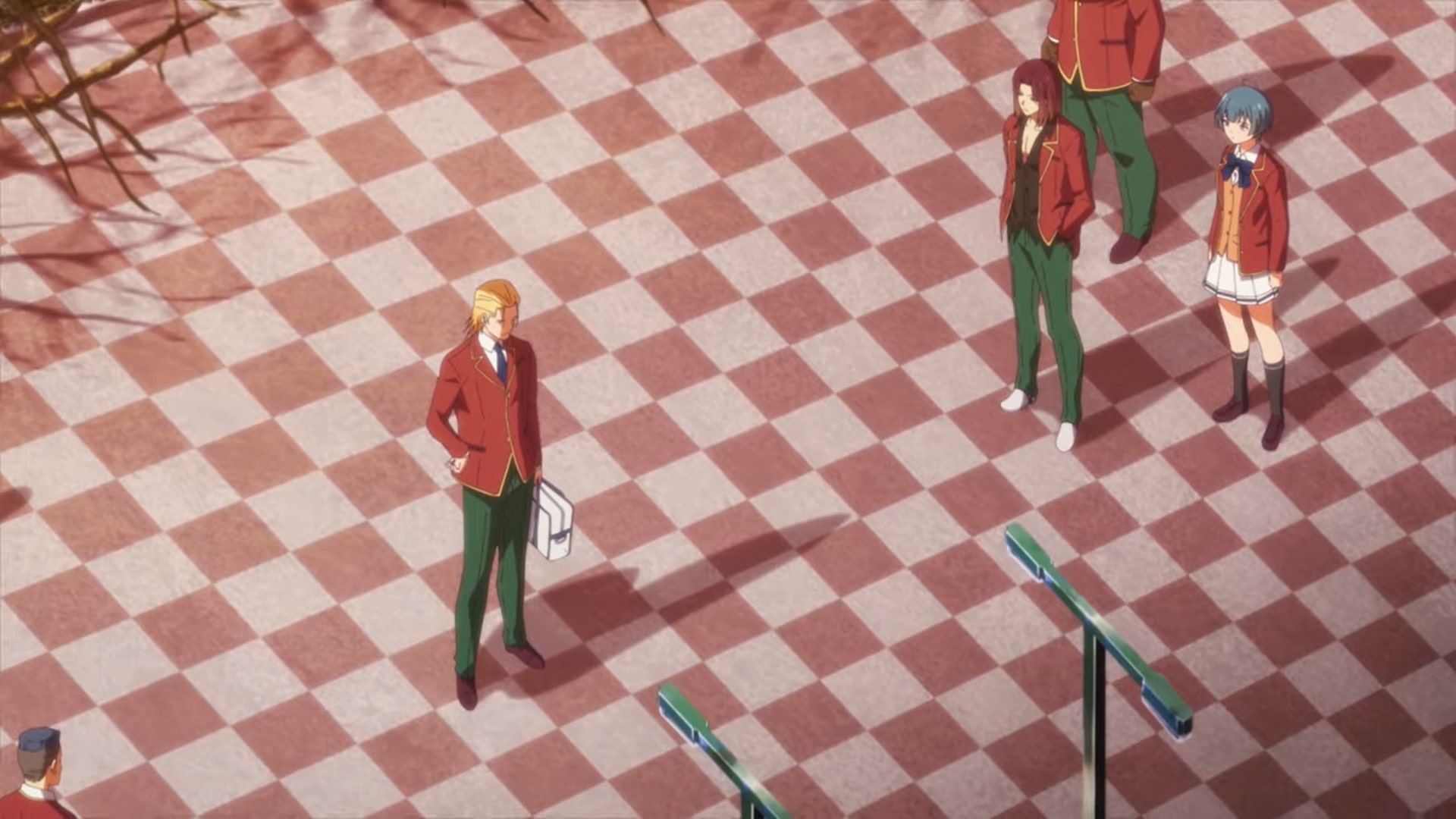 It is obvious from Ryuuen’s demeanor that he has planned something evil. Therefore, Horikita, Ayanokouji, and others immediately spring into action. When they finally find Ryuuen, Kouenji, and others, they can feel the tension in the atmosphere. To make matters worse, Sakayanagi also arrives there at the wrong time and appears to be interested in escalating the situation even further.

Ryuuen is straightforward and asks Kouenji if he is the mastermind behind Class D, who has been sabotaging his plans recently. Kouenji literally scoffs at the idea and argues that he is not at all interested in the politics of different classes. Despite Ryuuen trying to come up with the best arguments he can, Kouenji continues to show remarkable restraint and control of his emotions. 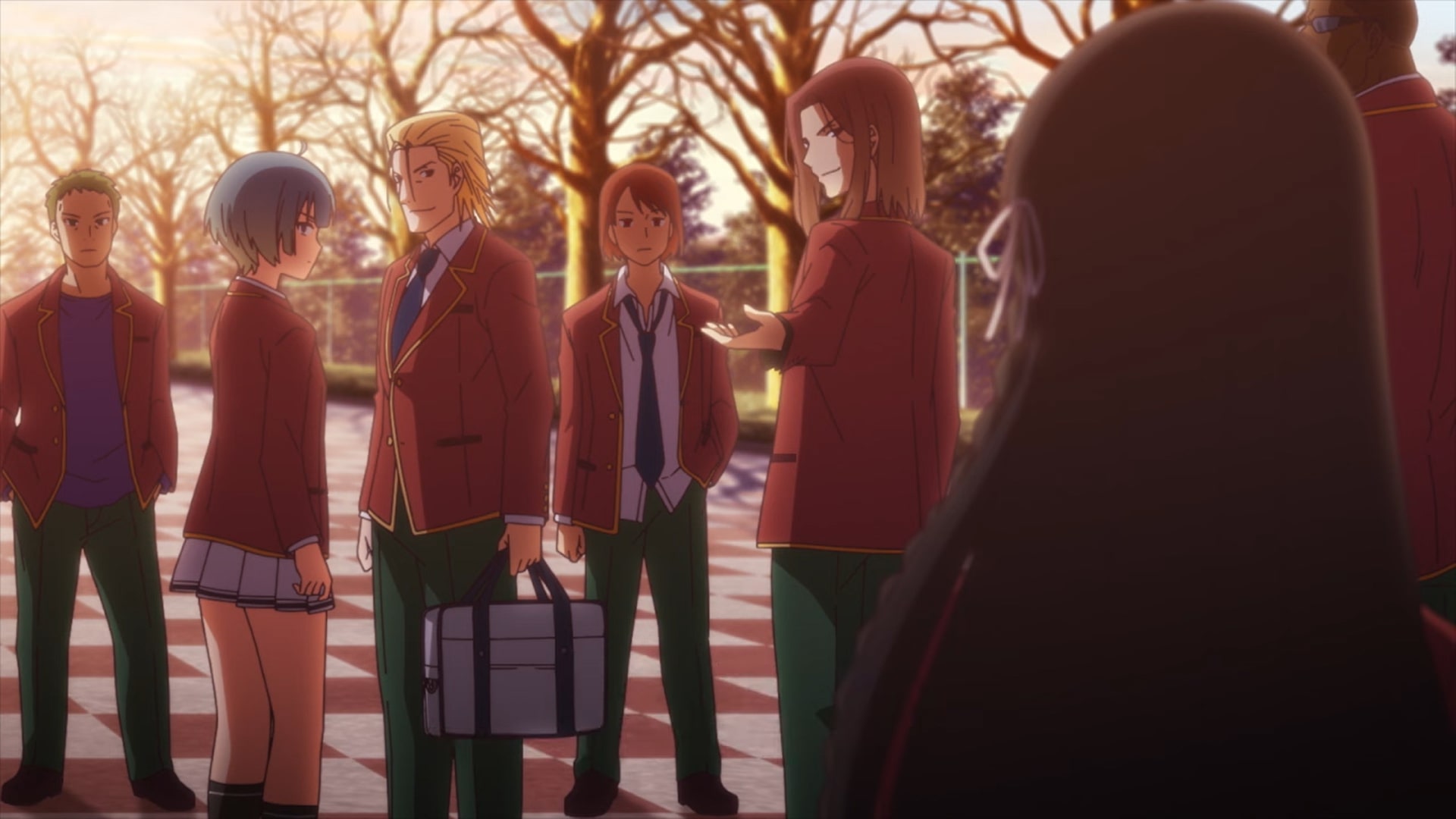 When Ryuuen finally threatens to get him attacked by his men, Kouenji warns him that he would knock anyone that tries to come close to him. The confrontation eventually ends in a stalemate, with Ryuuen still completely clueless about the mastermind’s real identity. Therefore, he decides to take the matter into his own hands and adopts extreme measures to figure out the truth.

Classroom of the Elite Season 2 Episode 11 Ending: Does Karuizawa Reveal Mastermind’s Identity? How Far is Ryuuen Willing to Go to Open Her Mouth?

After the confrontation with Kouenji does not yield the desired result, Ryuuen in his desperation decides to go after Karuizawa- the only person who knows the true identity of the mastermind without a shadow of a doubt. He sends her a few emails to call her to an isolated location on the campus. Although there are cameras everywhere in the school, Ryuuen and his men manage to deactivate them by accessing the control room. So, when Karuizawa finally meets them she is standing at the blind spot where the school administration can’t really reach her for help.

Karuizawa does not waste any time and asks Ryuuen why he had called her there. She also wonders what led him to ask her about Manabe, since she had been bullying her until Ayanokouji managed to stop her. Ryuuen is straight to the point and asks Karuizawa if she knows the true identity of class D’s mastermind. Although Karuizawa is shaken up inside, she tries to act strong and argues that she does not him. Unfortunately, Ryuuen has done his homework and tells Karuizawa that he has talked to Manabe. 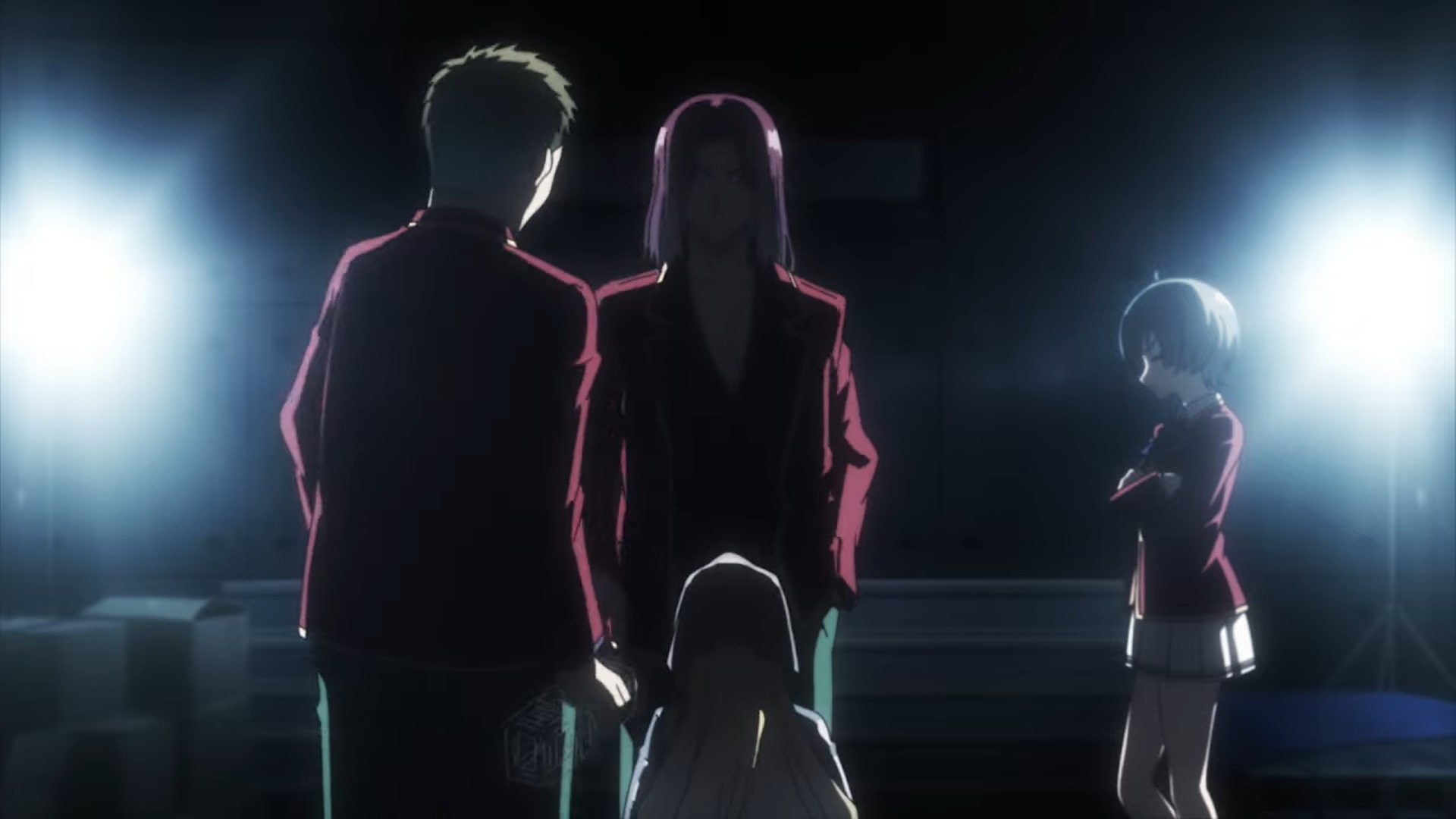 Manabe had told him that they had been bullying her until the mastermind intervened and saved Karuizawa from them. Her statement proves that Kazuizawa must have come in direct contact with the mastermind at some point, so she is obviously lying right now. When it seems that she is unlikely to open her mouth without coercion, Ryuuen and his men start bullying her knowing that she has been bullied for years. However, they do not stop there, they then resort to even more desperate means to get the information they need. Karuizawa has to endure waterboarding, a terrible form of torture, over and over again.

Ryuuen continues to try and break her down mentally but Karuizawa appears determined. So, when she continues to argue that there is no mastermind even after enduring waterboarding, Ryuuen decides that he has had enough. He grabs her by her hair and the episode ends there. It appears that Karuizawa will be subjected to a worse kind of torture now since even waterboarding has failed to open her mouth. Ryuuen is determined and if no one rescues her, Karuizawa will probably get mentally scared for life.