Classroom of the Elite Season 2 Episode 12 Recap and Ending, Explained 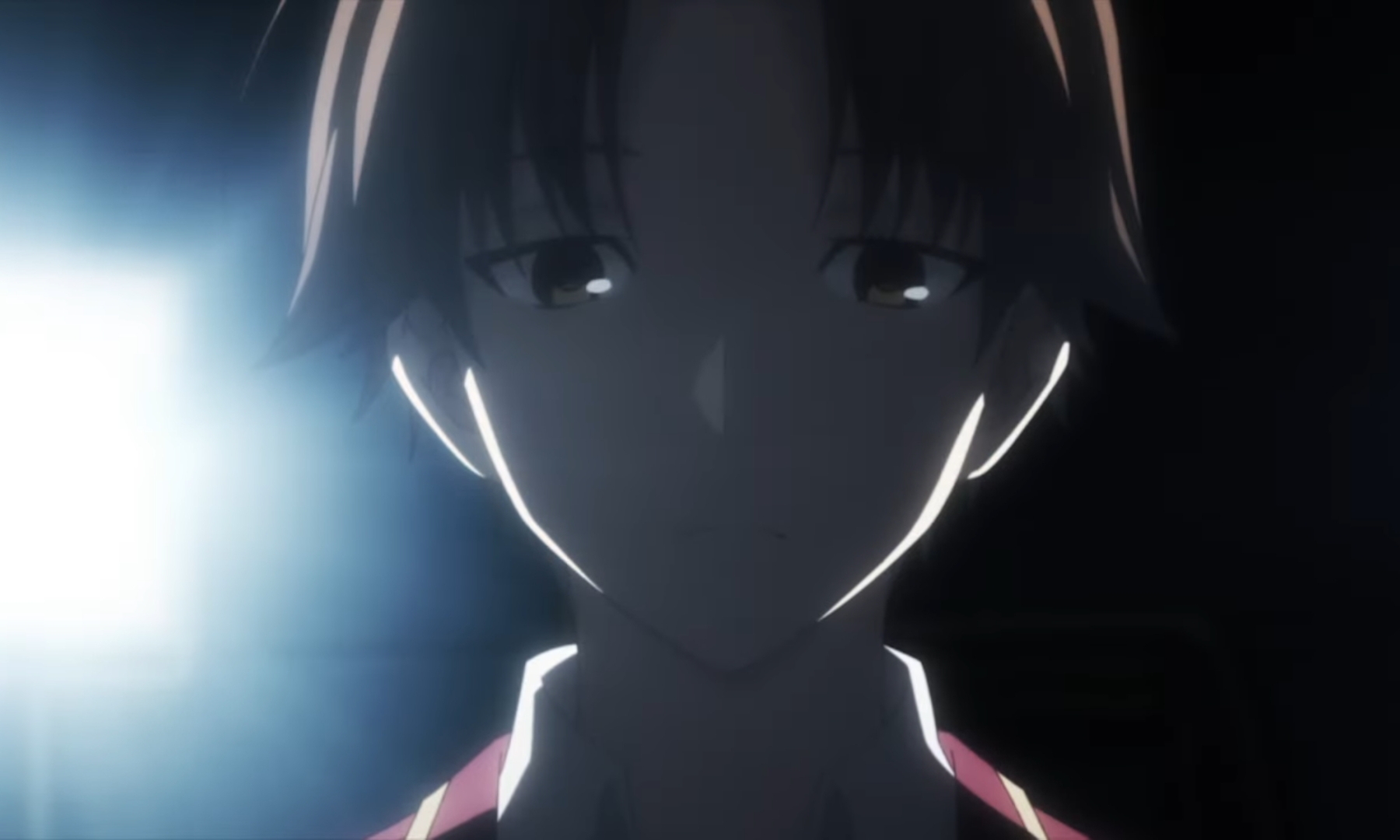 In the twelfth episode of ‘Classroom of the Elite‘ season 2 titled ‘Force Without Wisdom Falls of Its Own Weight,’ Ryuuen continues to torture Karuizawa to get her to reveal the masterminds’ name. Just when her suffering becomes very extreme, Ayanokouji surprisingly pays Chabashira a visit with a special request. Here’s everything you need to know about the ending of ‘Classroom of the Elite‘ season 2 episode 12. SPOILERS AHEAD!

Despite putting Karuizawa through the worst pain imaginable, Ryuuen is still not done as she refuses to give her the mastermind’s name. When he even reveals to her that the mastermind has tricked her from the very start, Karuizawa is still unwilling to share any information. She recalls all the moments that she has shared with Ayanokouji and is really glad that he got to spend so much time with him and was of some help. 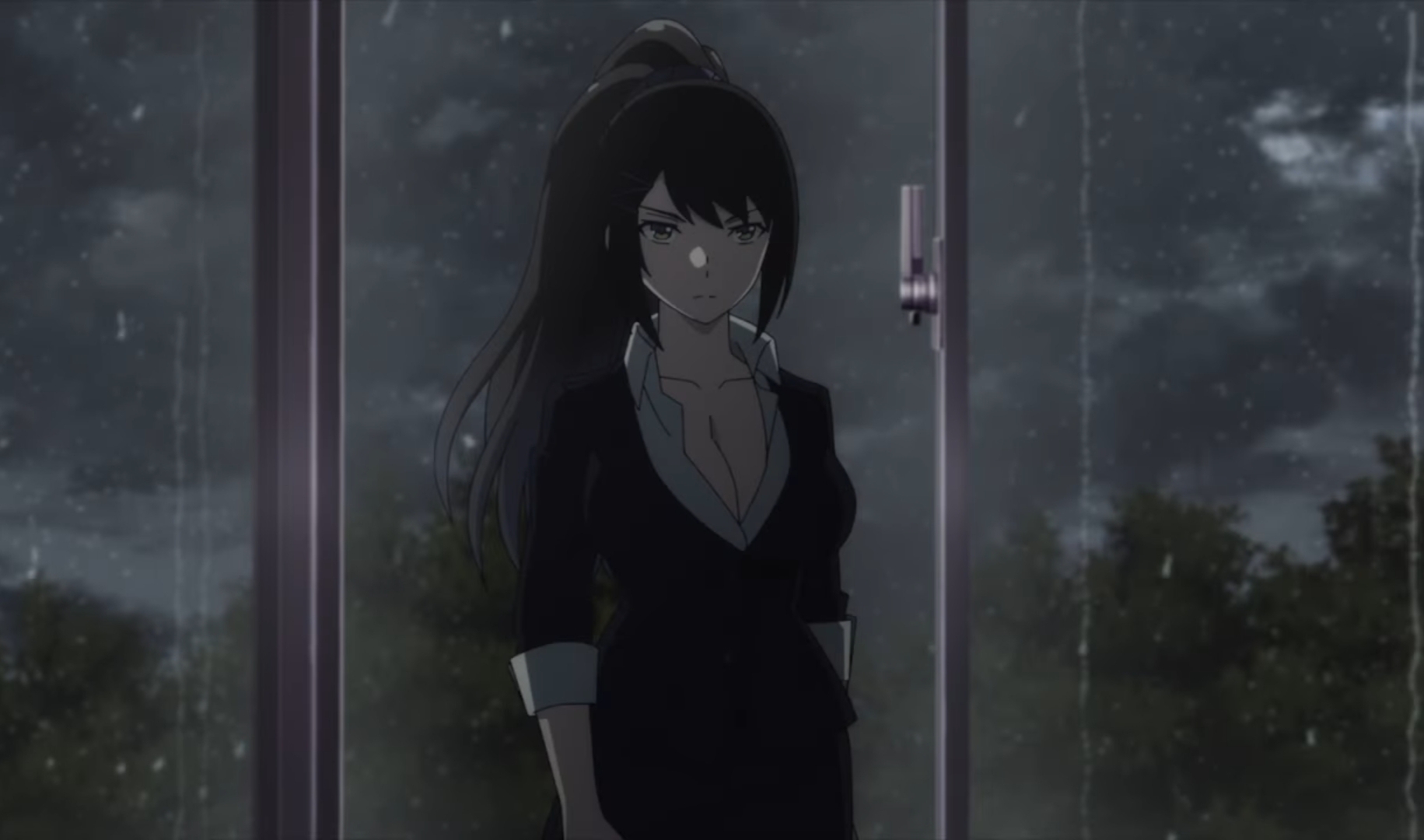 Meanwhile, Ayanokouji and his study group friends are going to karaoke. After lying to them that he wants to go to sleep, Ayanokouji heads straight to Chabashira’s office. When they meet, he tells her that Class D’s promotion will be in jeopardy if Karuizawa decides to leave the school after what Ryuuen is doing to her right now.

While Chabashira appears to understand the gravity of the situation, she mentions that the school administration and especially the teachers usually do not get themselves involved in personal matters between students. However, Ayanokouji has some other ideas and is actually not looking for her help at all. 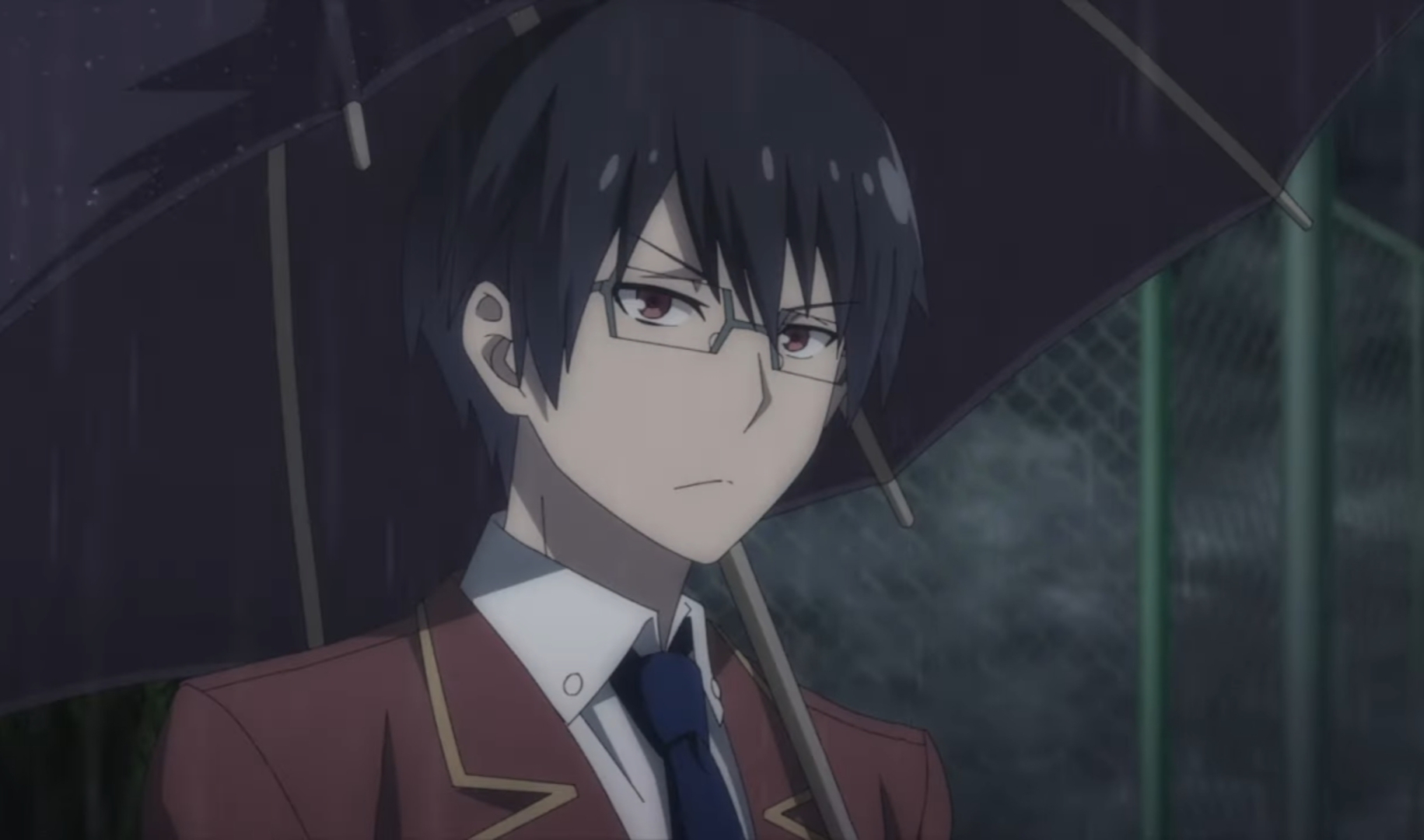 As she follows him outside, she is shocked to see Horikita’s brother and former student council president waiting for both of them. Ayanokouji reminds him that he must stand as witness to the events that are unfolding right now and remember that things were started by Class C, not Class D. He agrees to do as he is asked on the condition that he somehow convinces Horikita to join the student council.

Classroom of the Elite Season 2 Episode 12 Ending: Does Ayanokouji Come to Karuizawa’s Rescue? How Does He Save Her?

After discussing everything with Chabashira and Manabu, Ayanokouji walks away. However, Chabashira is still unable to grasp his grand plan and asks Horikita’s brother about it. Manabu knows what Ayanokouji is thinking and tells Chabashira that he is about to end the whole drama single-handedly. Meanwhile, Ayanokouji knows exactly where to look for Ryuuen and his men. When he finally gets there, he finds Albert guarding the gate while Ryuuen is torturing Karuizawa inside. Without any hesitation, Ayanokouji tells him that he is the man that they have been looking for so far. 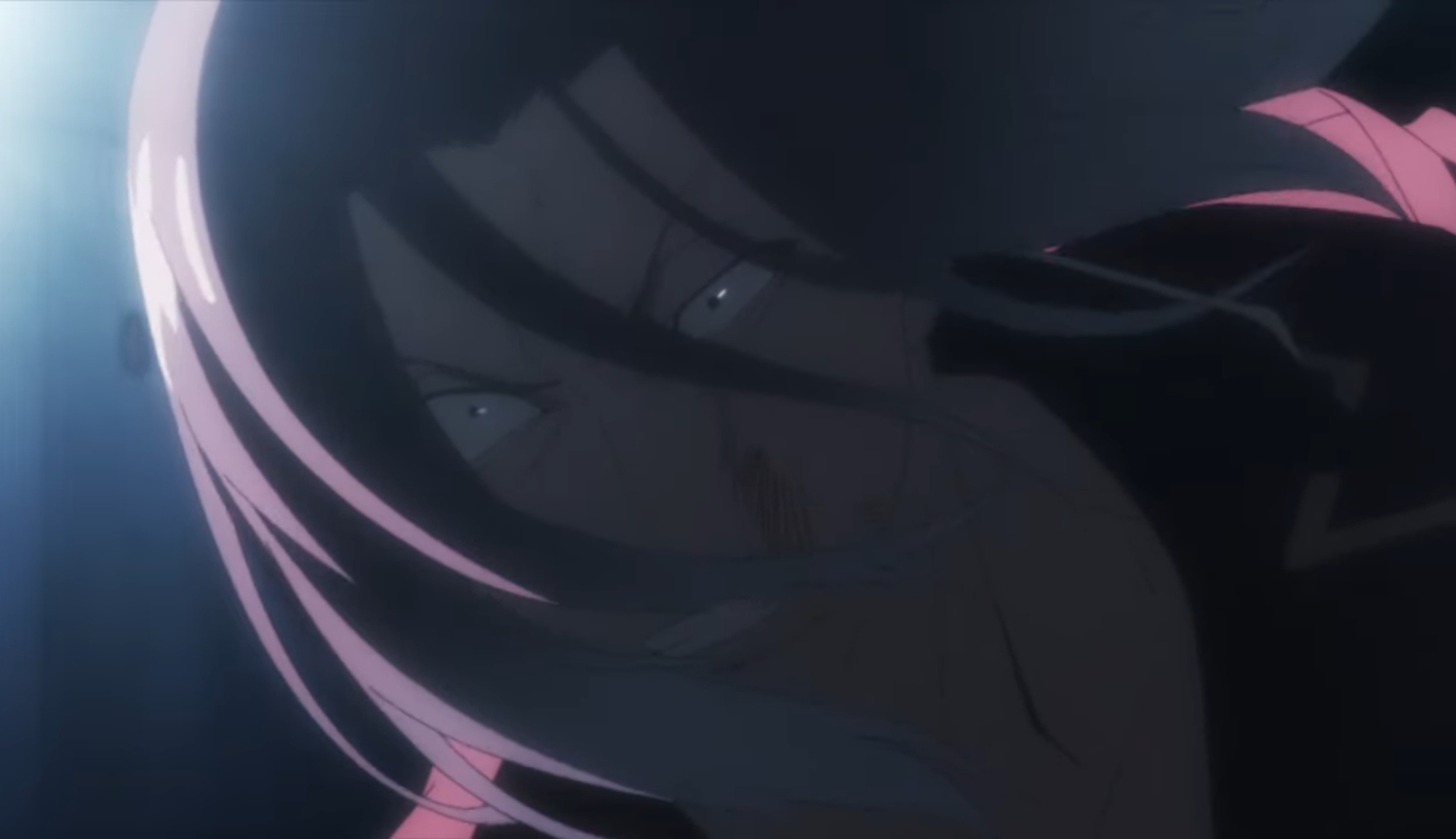 Albert leads him to Ryuuen’s gang and Karuizawa- who she is shocked to see Ayanokouji there. Despite being in immense agony, she asks why he came there. Meanwhile, when Ayanokouji confesses that he is in fact the mastermind, Ryuuen and his men do not take him seriously. In fact, Ibuki goes as far as ridiculing his appearance and demeanor. But to her shock, Ayanokouji mentions that he was the one who caused the malfunction of her camera on the deserted island using water. Ryuuen listens silently to everything he has to say and argues that if he is really the mastermind, then he has made the worst possible mistake.

According to him, Ayanokouji would have been better off letting Karuizawa suffer for him. But he clearly wasn’t going to let that happen. When asked about his plan, Ayanokouji reveals to everyone’s surprise that he does not have one, meaning he is there to confront them all on his own. Ryuuen couldn’t take him seriously and ordered Ishizaki to take him down. Unfortunately, Ayanokouji turns out to be tougher than they had previously expected as he easily starts beating him up while avoiding any damage. When Alberta joins the fight, Ayanokouji easily fights both of them at the same time without breaking a sweat.

When only Ibuki and Ryuuen are left, Ayanokouji argues that he made a mistake to think that he cornered him. In fact, it has always been in Ayanokouji’s mind to ultimately escalate the situation to a point where violence is the only option. Ryuuen is still overconfident and tells Ibuki to take him on. Unfortunately, just like others she also fails to even touch Ayanokouji even once. Ryuuen then starts fighting him on his own believing he could easily defeat him. He claims to know no fear, but Ayanokouji is unperturbed by such empty boasting. 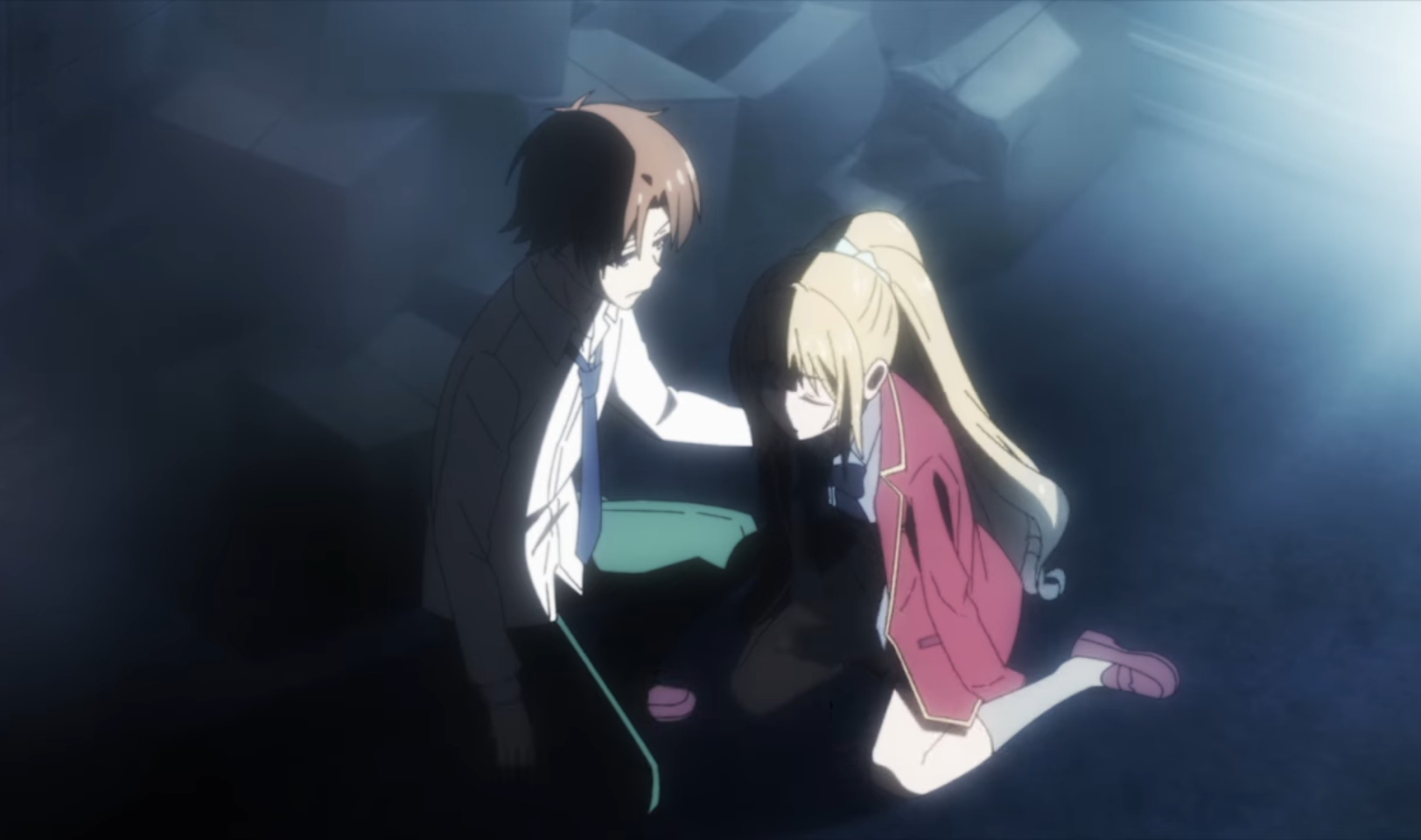 At one point he allows Ryuuen to hit him multiple times only to show him that he does not fear him. Moments later Ayanokouji knock him to the ground and continues to beat him up until he is unconscious. After the fight is finally over, he decides to comfort Karuizawa who was tortured cruelly. He promises to always be on her side and always come to her rescue if he ends up in such situations.