Cleaner Ending, Explained: Who Is the Killer? 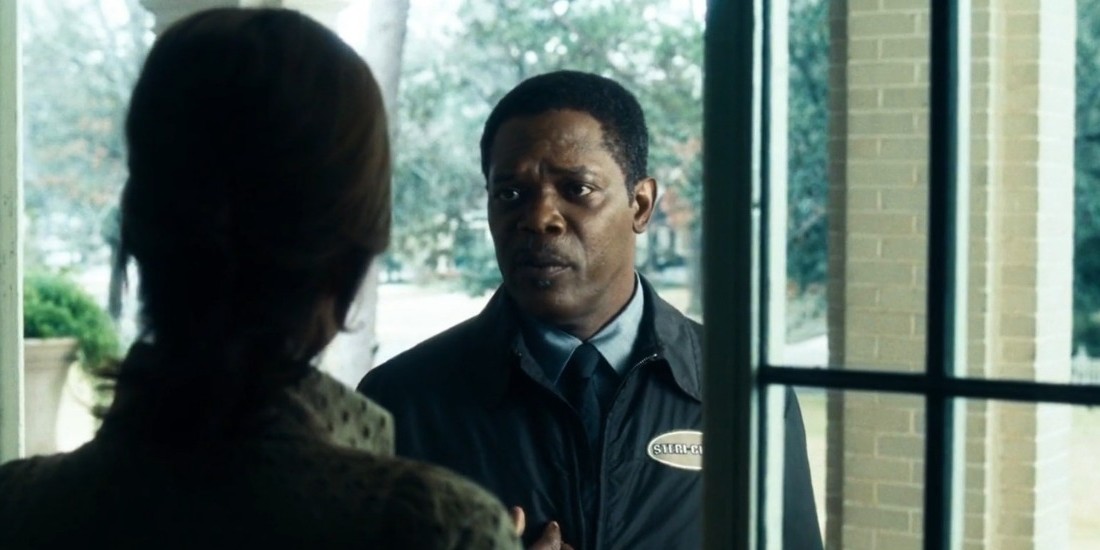 ‘Cleaner’ is a 2007 thriller movie that revolves around Tom Cutler, a former police officer who inadvertently becomes a part of a homicide cover-up. Directed by Renny Harlin (‘The Misfits‘), the movie follows a whodunnit narrative while questioning the extremes of morality. As the narrative progresses, Tom races against time to find the real killer and save himself from being framed for a murder he did not commit.

However, in the process, he finds those close to him plunged into danger. In the end, Tom’s morality is questioned as he must make some hard choices. Therefore, viewers must be curious to find out how Tom navigates the complicated situation. In that case, here is everything you need to know about the ending of ‘Cleaner.’ SPOILERS AHEAD!

‘Cleaner’ opens with Tom Cutler (Samuel L. Jackson), a former police officer, explaining his occupation as a crime scene cleaner. After retiring from the Trenton Police Department, he now operates his own crime scene clean-up service while living as a single dad and looking after his daughter, Rose. One day, he receives an assignment to clean up a luxurious home. After arriving on the scene, Tom learns that the house is empty and the door is locked. The case file instructs Tom to enter the home with the help of a key left under a plant. Tom cleans up the house and goes back, only to realize that he did not return the key.

The following day, Tom returns to the house to hand over the key and meets the owner, Ann Norcut (Eva Mendes). However, she is unaware of Tom’s services being rendered. As a result, Tom grows suspicious of the situation. After some research, Tom learns that the police did not assign the clean-up. Hence, it becomes evident to Tom that he has become a part of a crime, and his services have been used to clean up a murder. From his police friend, Eddie Lorenzo (Ed Harris), Tom learns that Ann’s husband, John Norcut, is missing.

John is a key witness in a corruption case against former police commissioner Robert Vaughn. John disappeared just a day before testifying in front of the grand jury, thereby hinting at foul play. Hence, Tom becomes convinced that he was framed to be a part of John’s murder. Moreover, Ann reveals to Tom that John possessed a ledger with the badge numbers of the corrupt police officers on his payroll. Surprisingly, Tom’s badge number is also on the ledger.

After Tom reveals the situation to Eddie, he suggests that Tom burn the ledger as it indicates a motive for Tom to murder John. Meanwhile, Ann identifies John’s remains at a morgue. Thus, Tom is left with no choice but to find the real killer before being implicated in John’s murder. However, Tom’s investigation leads him into a more personal conspiracy than he initially imagined. How Tom untangles the complex web of crime and misguided motivations forms the rest of the plot.

Cleaner Ending: Who Is the Killer?

As the narrative progresses, viewers learn that Ann suffered a miscarriage. However, at the morgue, Tom discovers that John had a vasectomy years before Ann’s pregnancy. Therefore, Tom deduces that the child could not have been John’s and suspects Ann was having an affair. While discussing the case with Eddie, Tom realizes that Ann and Eddie share a connection through Eddie’s work with a student outreach program. Thus, Tom is convinced that Eddie is Ann’s boyfriend. Furthermore, after examining the situation and all the clues, Tom concludes that Eddie killed John. 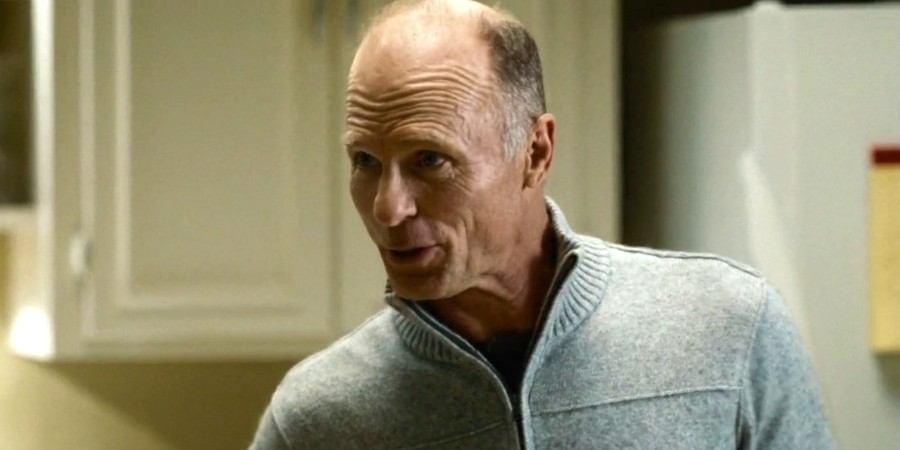 Tom works with Detective Vargas, who is investigating the case of John’s murder, to catch Eddie. However, Eddie lures Tom into his home by threatening Tom’s daughter, Rose. The two have a heated debate as Eddie tries to reason with Tom. Eddie reveals that John forced Ann to have an abortion, and she did not have a miscarriage. Feeling robbed of his chance to start a family, Eddie murdered John and then used Tom’s services to cover up the crime.

Tom tries to convince Eddie to surrender, but Eddie holds Tom at gunpoint. Eddie pleads that anything is fair when one is trying to protect their family. He tries to use Tom’s past against him and justifies his actions. However, Tom stalls until the police arrive. After realizing that he will be caught, Eddie decides to shoot Tom. However, before he can pull the trigger, Eddie is shot dead by Rose (with Tom’s gun). In the end, Tom hands over the ledger to Vargas, who promises to burn it. Vargas allows Tom to walk free and covers up the crime.

Ultimately, the film’s climax hinges on the main characters’ moralities as they fight to distinguish between right and wrong. Eddie believes that his murder of John is justified. He compares his crime to Tom’s past when Tom did a dirty job for Vaughn. While Tom walked the wrong side of the law, he did so to protect his daughter. On the other hand, Eddie murdered John, driven by remorse and revenge. Therefore, his actions are morally unjust, and he deserves to be punished.

In the end, Rose’s timely intervention saves her father from certain death, and she kills Eddie. However, Tom exchanges the ledger for his and Rose’s freedom, thereby committing another morally grey act. Thus, the ending serves as a reminder of the complexities of a person’s moral conscience and leaves the audience to empathize with Tom and Eddie despite their questionable actions.

What Happened to Tom’s Wife?

Early in the film, viewers learn of the tragedy that has shaped the life of Tom and his daughter. It is established that Tom’s wife has passed away, but we do not learn the details of her demise until much later. Tom prefers not to speak about his deceased wife, especially in front of Rose. While Tom’s actions are understandable as he is trying to save Rose from difficult emotions stemming from her mother’s death, the actual circumstances of the tragedy are much more deeply connected to Rose. 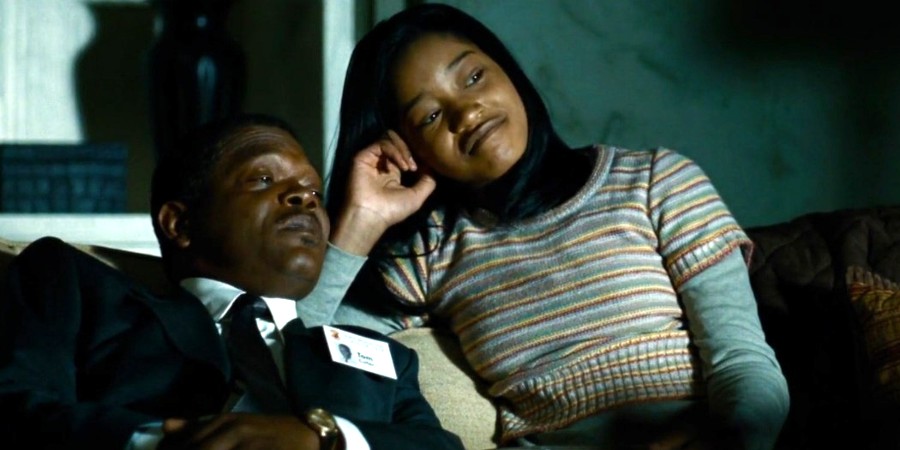 During a conversation with Ann, Tom reveals his wife and Rose were alone at home one night. A burglar invaded their house and threatened Tom’s wife and Rose. Tom’s wife tried to resist and was shot twice in the chest. A six-year-old Rose witnessed her mother’s death. However, in the present, Rose does not seem to remember much about the incident. Therefore, it is clear that Tom does not speak about his wife as it could revoke traumatic memories for Rose. The film’s ending serves as a callback to the tragedy as Rose faces a similar situation. This time her father is being held at gunpoint. Nonetheless, Rose acts bravely and shoots Eddie, averting the same outcome as before.