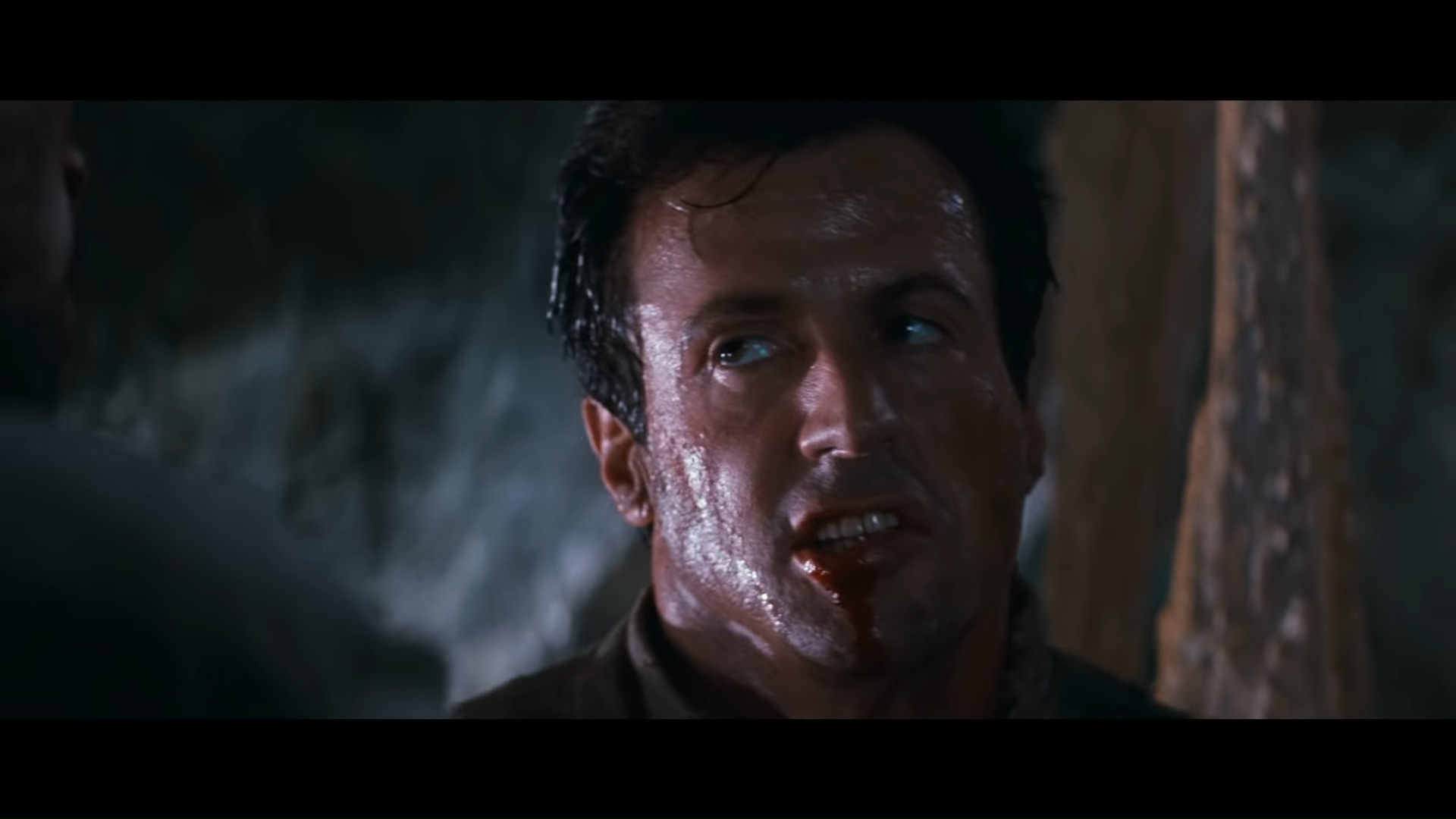 The 1993 survival action film ‘Cliffhanger’ revolves around Gabriel “Gabe” Walker (Sylvester Stallone), an expert mountain climber who used to work as a rescue ranger in the Colorado Rockies until the death of the girlfriend of his best friend. Blaming himself for the tragedy, Gabe leaves that life behind. However, he briefly returns to convince his own girlfriend, Jessica “Jessie” Deighan (Janine Turner), to leave the town with him, but she asks him to help the aforementioned friend, Harold “Hal” Tucker (Michael Rooker).

Unbeknownst to any of them, following a botched-up aerial heist, a group of criminals drops three suitcases containing $100 million in uncirculated currency. After their plane crashes, they lure in both Gabe and Hal to find the money. But Gabe manages to escape, and using the landscape he knows so well, he decides to turn the table on the criminals. Here is everything you need to know about the ending of ‘Cliffhanger.’ SPOILERS AHEAD.

The film begins as Gabe, Jessie, and Frank (Ralph Waite) come to rescue Hal and Sarah from the top of a mountain in the Colorado Rockies after Hal sustains a knee injury. However, during the rescue, Sarah’s harness breaks. Even though Gabe reaches her in time, her gloved hand slips through his fingers, and she falls to her death. Hal holds Gabe accountable for the incident, and their friendship sours. Gabe also blames himself and leaves the mountains for Denver.

Eight months later, he drives back into the town, hoping to pick up whatever possession he left behind the last time and convince Jessie to come with him. But for Jessie, the mountains are her home. And she knows that it’s the same for Gabe. But it seems that he would rather run away from his problems and let his guilt eat him up from within rather than confronting the issues earnestly. So, as much as it pains her, she declines. Meanwhile, Richard Travers (Rex Linn), a US Treasury agent, leads a team that transports $100 million in uncirculated currency on a plane.

While they are in the air, Travers kills all of his subordinates and attempts to transfer the money to a second plane with the help of one of the pilots. However, the plan goes awry when the FBI agent traveling with the team is revealed to be not dead. Although Travers manages to escape to the other plane before the US Treasury plane explodes, the three suitcases are dropped on the Rocky Mountains. The second plane crashes soon after, leading Travers and his accomplices stranded in the mountains. 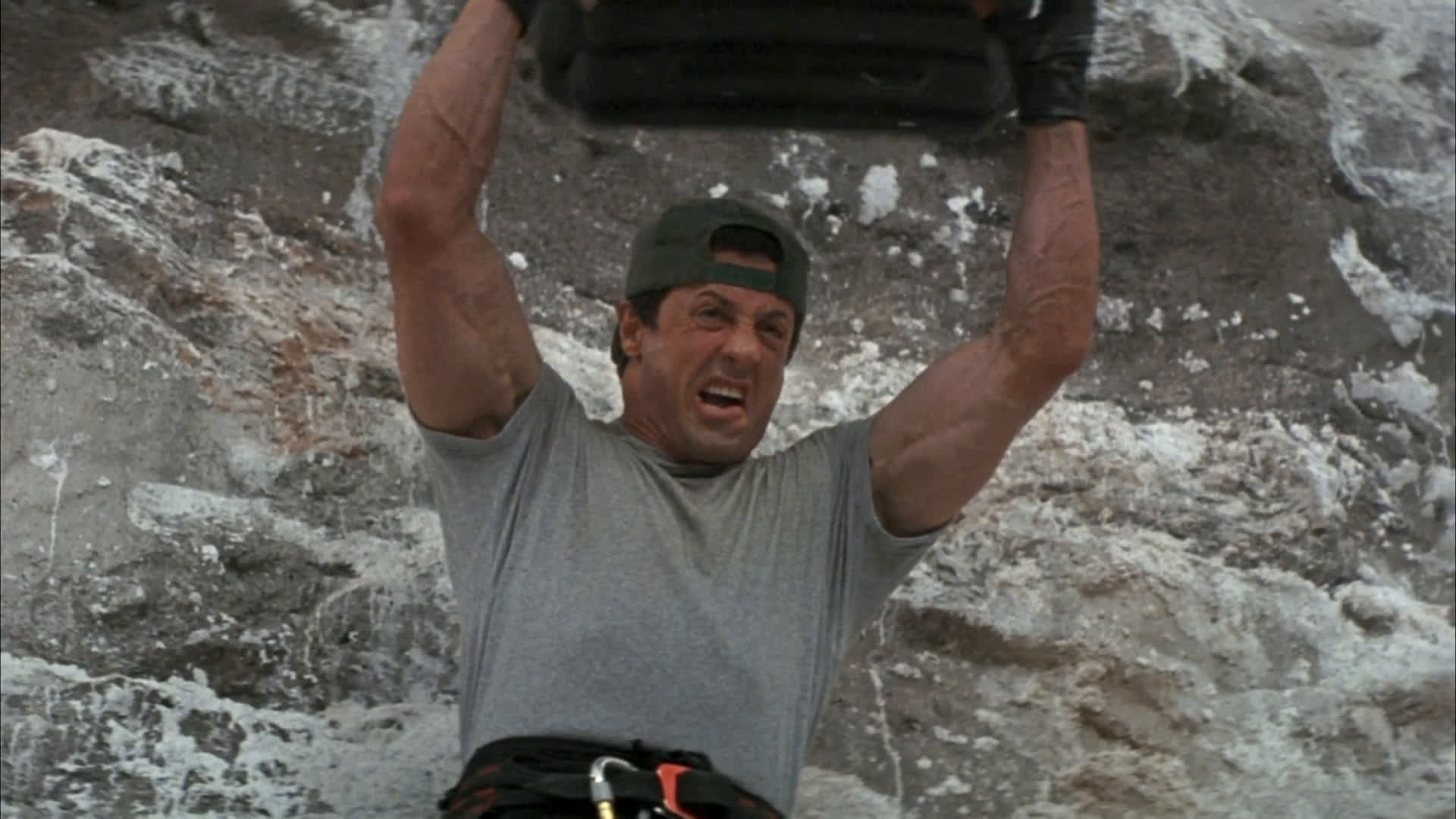 The group’s leader is Eric Qualen (John Lithgow), a ruthless and dangerous British former military intelligence officer who has realized that money is better on the other side of the law. His team includes Kristel (Caroline Goodall), presumably his lover and the team’s pilot; Kynette (Leon Robinson), a highly efficient killer and Qualen’s deputy; and Delmar (Craig Fairbrass), a psychotic murderer and racist.

Although the criminals know where the suitcases are because Travis has placed tracking devices on them, they realize they need help to find them. So, they call in for help. Jessie answers and sends in Hal. She knows that he will need support, so she tries to convince Gabe to go after him. Although he appears to be reluctant, he does go into the mountains and finds Hal. Their reunion is as frosty as it can be expected. But, when they encounter the people they are supposed to rescue, they realize that they have to put their guilt and anger behind them to help each other survive the ordeal.

Yes, Qualen is dead. All his gang members are killed one by one. The first one dies during the hijack. Another one perishes after causing an avalanche. A third one dies after he falls off a cliff following a brief fight with Gabe. Kynette is killed after a brutal fight with Gabe. Qualen himself kills Kristel to make a point to Travers. Hal kills Delmer after the latter beats him to a pulp. Gabe takes out Travers by shooting him through the ice.

Meanwhile, Qualen has killed Frank and taken Jessie as a hostage. He also now has Frank’s helicopter. The next time he speaks to Gabe, the latter thinks he and his friends have won. However, Qualen lets Gabe and Hal know the reality of their situation. Gabe agrees to give Qualen the remaining money in exchange for Jessie. After Qualen drops Jessie off, Gabe throws the money into the rotor blades, destroying it.

As an infuriated Qualen comes after him, Gabe attaches the winch, with which Qualen dropped Jessie, to a cliffside ladder. The helicopter subsequently crashes on the side of a cliff, leading to a fight between Gabe and Qualen on top of it. As the ladder comes off the wall and the helicopter falls below, Gabe manages to get off it right in time. Qualen, however, is not so lucky. Still stuck in the helicopter, he falls to his death.

What Happens to the Money?

The money is all destroyed. As mentioned above, the money is packed in three separate suitcases. Gabe opens the first suitcase and finds the money there. When the avalanche happens, he throws the case. Qualen sees the floating bills and thinks that Gabe is dead. He even remarks to Hal that his friend had the most expensive funeral in history. Later, with Jessie’s help, Gabe locates the second case and removes all the money except one bill. On it, he writes, “Want to trade?”

That night, Gabe burns all the money from the second case to keep himself and Jessie warm. Gabe finds the third suitcase before the criminals as well. He puts the tracker on a rabbit that later confuses Travers. During his confrontation with Qualen, he throws the bag filled with over $30 million at the helicopter rotor, obliterating the money.

Yes, Gabe and Hal become friends again. The harrowing ordeal that they are forced to go through together makes them realize that they are still willing to sacrifice their lives for each other. That’s incredibly rare, even among the closest of friends. Hal decides to forgive Gabe. And more importantly, Gabe decides to forgive himself. In the final scene, Gabe, Hal, and Jessie wait on the top of a mountain as help arrives, just like Gabe, Hal, and Sarah did at the beginning of the film. This denotes that life for Gabe and Hal has come to a full circle, and they are ready to move on.

Read More: Where Was Cliffhanger Filmed?