Will There be a Control Z Season 2? 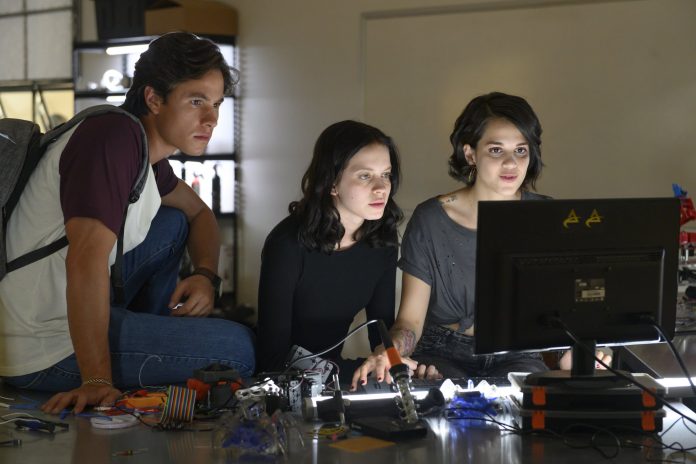 After dropping a bunch of superhit Spanish teen dramas, led by ‘Elite‘ and ‘Baby‘, Netflix added another title to its repertoire — ‘Control Z’. The story is about an isolated, traumatized teen, determined to uncover the identity of a hacker who has infiltrated the school’s website. As the deepest secrets of the students are revealed, it sets off a tangled web of lies, deceit, and suspicion. Created by Carlos Quintanilla, the first season of the show quickly became a binge session for fans. Now, of course, we all want to know if there will be a ‘Control Z’ season 2. Let’s find out.

Now, if you have watched the show, you will know that the creators had never planned it as a one-off. While we get our answers to the central mystery, it opens up a pandora box of questions. Not to mention, the season ends on a major cliffhanger. Moreover, rarely has it happened that teen dramas are dropped after its inaugural installment — the fanbase for this particular genre is huge. Hence, a second season is definitely underway. Our best guess is, ‘Control Z’ season 2 will release sometime in 2022.

Control Z Season 2 Cast: Who Can be in it?

‘Control Z’ features an ensemble cast, led by Ana Valeria Becerril as Sofia, Michael Ronda as Javier, Andrés Baida as Pablo, Macarena García as Natalia, Yankel Stevan as Raul. Several other stars appear in multiple supporting roles. The stories for none of the lead characters are over in season 1; so the entire main cast will make comebacks in the next season. There might be some doubts about the return of Michael Ronda since his character suffers a fatal wound in the finale. But rarely does it happen that a protagonist is simply killed off in soapy teen dramas — and we are sure that we will see him in the upcoming installment as well.

Control Z Season 2 Plot: What Can it be About?

Netflix describes ‘Control Z’ as follows: “When a hacker begins releasing students’ secrets to the entire high school, the socially isolated but observant Sofía works to uncover the hacker’s identity.” She befriends the new kid in the school, Javier. As the story unfolds, the secrets revealed by the hacker start off a chain of bullying and harassment. The school’s hottest girl is discovered to be a trans and as more explosive clips are uploaded, Sofia gets embroiled in a dangerous whodunnit mystery.

In the end, Sofia, using her keen sense of observation, is able to identify the hacker. But when she discloses his identity before the school in a party, he releases a sensational video that ends up creating chaos in the event. The last scene shows Javier getting fatally wounded by a gunshot. Season 2 will pick up the story from here and we will finally learn if Javier survives. Most importantly, the students will need to deal with the repercussions of the released clip. With their deepest secrets out in the open, how far will they go to protect themselves? This should be the major theme of the potential second season.