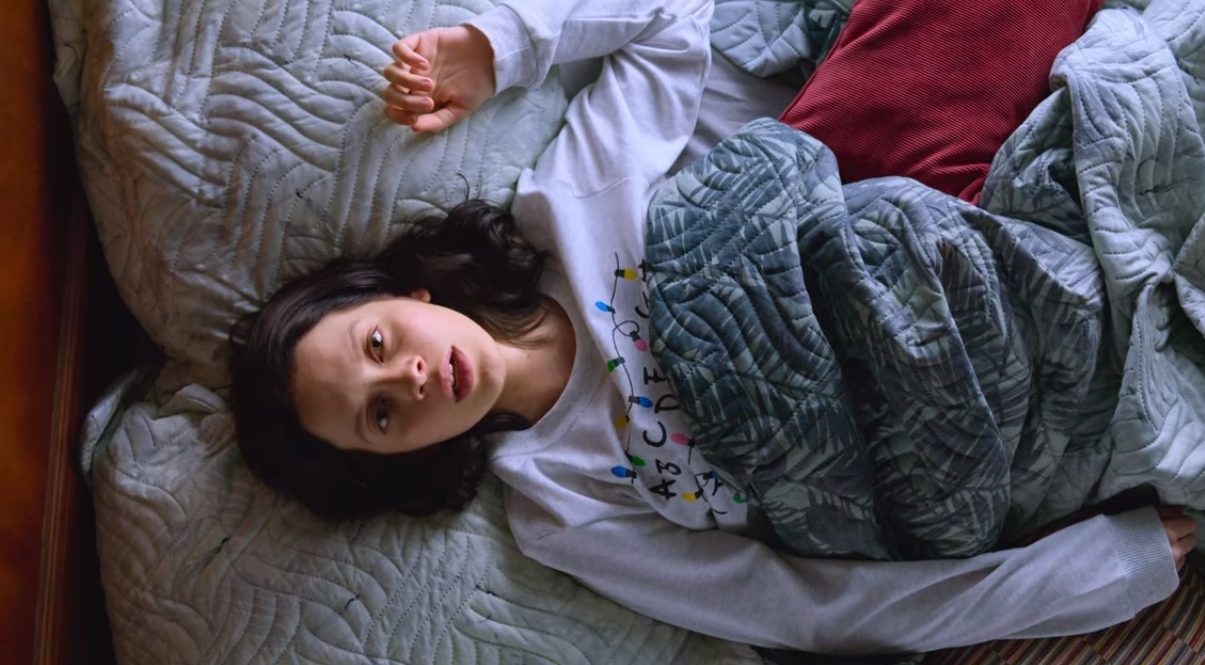 ‘Control Z’ is a Mexican thriller drama set in a wealthy high school. The lives of the students of the National School come crashing together when a mysterious hacker begins to leak their deepest secrets. The show takes us on a wild ride through an intricate web of high school students, each of whom seems to have an agenda. At the center is the troubled Sofia, who seems to be the only one who can see what’s really going on. But she also has secrets of her own that she must protect. Where does it all end up, and is the identity of the hacker finally revealed? Let’s go back and take a look at what happens in the turbulent ‘Control Z’ season 1. SPOILERS AHEAD.

The season opens with Sofia, an introverted student at the prestigious National School, describing her classmates and the dynamics between them. Perched on her solitary spot on the school roof, she explains to the new student Javier which students are dating and which ones are hoping to become popular. Javier, the son of a famous football player, is astounded by Sofia’s powers of observation. At a high school assembly later that day, a video gets mysteriously shown that reveals how one of the students, Isabela, had a sex change operation. Soon, more scandalous leaks begin to show up, and it is discovered that the mysterious school hacker is blackmailing the students to get them to turn on each other.

Sofia soon finds herself targeted by the hacker, who threatens to reveal the fact that her father is not dead and that she’s been secretly meeting him without her mother knowing. Sofia’s father is widely believed to have died in a fire a few years ago. The hacker also causes a mass school riot by blackmailing various students, resulting in one of them, Luis, being hospitalized. Soon, Sofia finds herself kidnapped by the hacker, who, from behind a disguise, admits that he’s intrigued by her. She returns home safely but is then told by her classmate Raúl that her friend Javier is most likely her mysterious assailant, who is also responsible for all the chaos in school.

Javier’s dark secret is then revealed by Raúl, who shows Sofia an incriminating video from Javier’s days as the school football captain (at his previous school). In it, the young team captain bullies one of his teammates to jump into a pool from a balcony, only to have the young boy miss and fall on the concrete floor. Therefore, Javier’s acts led to the death of one of his teammates. Sofia is further appalled when she learns how his wealthy father then buried the scandal. A few clues subsequently found in Javier’s locker convince her that he is, in fact, the hacker. Soon, she and Raúl manage also to convince the principal of their classmate’s guilt, and Javier is expelled. However, as Raúl and Sofia get intimate later, it is revealed that Raúl is the hacker.

The night of the annual school dance arrives, and many of the students seem to finally be coming to terms with having their deepest secrets out in the open. During the party, Sofia tricks Raúl into admitting that he’s the hacker, which all the students see. A vindicated Javier then shows up and, in a flash of anger, brutally beats Raúl up. The bloodied student hacker, now finally revealed, stumbles out of the party but plays a video containing all the data he has stored over time. As secret after secret is loudly played at the party, another mass battle amongst the students breaks out.

The season closes with Sofia’s secret about her father being alive getting revealed. Various other scandalous relationships and private medical conditions of the students are also revealed. In the ensuing confusion, Natalia, the former “popular girl” of the class who has since turned to selling drugs after her scandalous thievery was made public, finds herself in a dangerous position as she loses all the drugs she had taken on loan from her supplier.

In intermittent scenes, we see Luis, who has been in a coma since his injury, finally pass away. Gerry, the one responsible for assaulting Luis, then takes a gun to the school dance and tries to shoot Raúl in a fit of sadness. In the ensuing scuffle, Javier, who tries to stop Gerry, is shot. The season closes with students crowding around the young football player as he bleeds out on the street outside the party.

Read More: Is Control Z Based on a True Story?