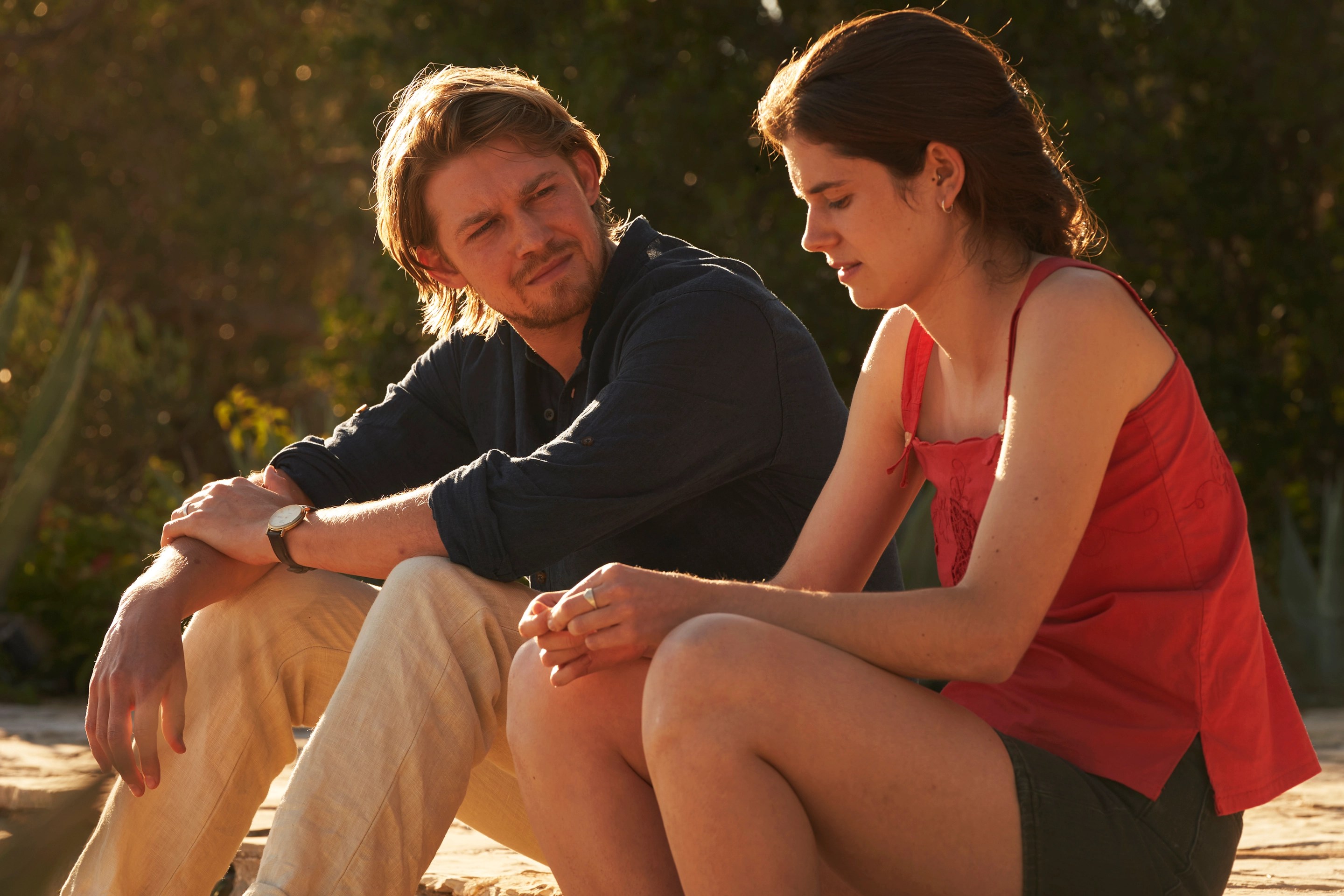 ‘Conversations with Friends’ is based on the 2017 debut novel of the same name by Irish author Sally Rooney, and it is developed by those who made ‘Normal People,’ a drama series based on Rooney’s 2018 namesake book. The story of ‘Conversations with Friends’ follows four central characters — Frances (Alison Oliver), Bobbi (Sasha Lane), Nick (Joe Alwyn), and Melissa (Jemima Kirke) — and depicts the complexities of love through their shared experience. Frances and Bobbi are final-year college students. Before the show’s timeline, they were in a relationship. But now, they are just friends and part of a two-piece poetry group. After they meet Melissa and her actor husband Nick, the lives of these four individuals are forever altered. Here is everything you need to know about the ending of ‘Conversations with Friends.’ SPOILERS AHEAD.

The show is mostly set in Dublin. Bobbi is an American expatriate from New York, whereas Frances has moved to the capital from a small Irish town. Frances is the poet among the two, and Bobbi considers herself her muse. Together, they perform at various venues. After appearing at one such place, they meet renowned author Melissa Conway, and Bobbi is immediately interested in her. Melissa later invites them to their home, where they meet Nick, her passive and mellow to a fault husband. And a complex dynamic begins to develop between the four of them.

Bobbi doesn’t attempt to hide her interest in Melissa, even from Nick, who — at least initially — is at the receiving end of Bobbi’s scorn and derision. On Melissa’s birthday, Bobbi and Melissa even share a kiss, but their relationship doesn’t develop beyond that because Bobbi quite uncharacteristically decides not to pursue it further. It appears that she gets a sense of disinterest from Melissa and comes to believe that it isn’t worth the effort.

In contrast, Frances, who is as reclusive and painfully introverted as Bobbi is direct and outspoken, begins an affair with Nick. Their mutual attraction is grounded on how similar they are to each other. When the world around them is busy relishing in its chaos, Frances and Nick truly thrive in the quieter moments of their lives. There is a significant age gap between the two of them, but that becomes irrelevant as their incredibly lonely souls connect on a deeper level.

Inevitably, both Bobbi and Melissa find out. The former does so after she walks in on Nick and Frances, and the latter is told by Nick. Melissa doesn’t want to end the marriage and lets the affair continue. As we head toward the final episode of the series, we learn that Nick has been battling depression for a year. He suffered an anxiety attack during the production of a project. And after he came back home, he stopped functioning.

Melissa told him that she didn’t want to have children and had an affair with a mutual friend. When she later asked for a divorce, he thanked her for everything she did for him. This broke her, and she began crying. Melissa later ended her affair, and she and Nick started living in separate rooms, hoping that the things would work out eventually. Although Nick was now functioning, he was still miserable as always. This is when he meets Frances and can’t initially believe that someone like her would be interested in him.

After Frances is diagnosed with endometriosis, she breaks things up with Nick. ‘Conversation with Friends’ offers a highly ambiguous ending. Frances and Melissa resume their relationship, and Nick and Melissa settle back down into their routine. One day, Nick mistakenly calls Frances. The series ends as Frances tells Nick to come and get her.

Conversations with Friends Ending: Who Does Frances End Up With – Nick or Bobbi?

‘Conversations with Friends’ is a faithful adaptation of Rooney’s original work. Both have a similar ambiguous ending. In an interview with the PBS News Hour, Rooney stated that she wrote multiple endings to the book, but it needed to have an open one. “I had written several other endings for the book, which were much longer because I seemed to believe at some unconscious level that it was my task to “tie up” every ambiguity I had introduced,” she said. “Once I identified that impulse, and reasoned myself out of it, I wrote the final scene as it is now – and I felt the novel was finished.”

The complexity of love is arguably the most prevalent theme in the show. Bobbi is the biggest advocate against monogamy and marriage since the beginning. Even though, as we later learn, her beliefs are molded by watching the slow disintegration of her parents’ marriage, they ultimately hold true in the context of the show. Nick loves Frances, but that doesn’t mean his love for Melissa is completely gone. In the same way, Frances loves Nick, but her feelings for Bobbi are still there.

Nick is the first person Frances has had a relationship with since Bobbi broke up with her. He is also the first man she has been with. When they enter into the relationship, they both do so from the point of hurt. We have discussed Nick’s circumstances above. As for Frances, she is still dealing with the pain of the break-up. Their relationship develops, and they fall in love with each other. But that doesn’t erode what they have felt for their respective partners. Frances is still unequivocally in love with Bobbi, and that becomes increasingly apparent in the last two episodes of the show. She wrote her short story from that point of hurt while feeling completely abandoned. The accusations that Bobbi levels at Frances after the publication are justified, but it can’t be denied that she left Frances feeling alienated.

Ultimately, by telling Nick to come and get her, Frances chooses both him and Bobbi, turning the dynamic between the three of them and Melissa as messy as ever. But that’s what love is beyond everything else — complicated and chaotic. It’s apparent that Nick and Melissa will not separate, and Bobbi will not end things with Frances over this. So, Frances and Nick will resume their relationship. And the four of them will continue to uphold their respective definitions of love.