Are Corey and Evelin From ’90 Day Fiance’ Still Together? 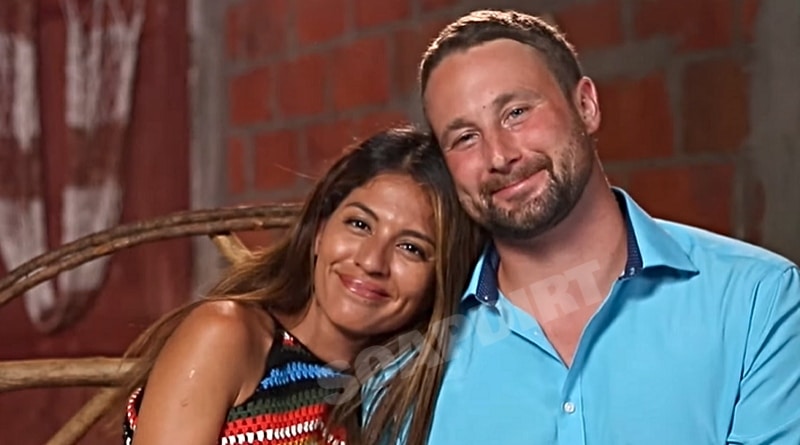 ‘90 Day Fiance: The Other Way’ is a spin-off to the TLC original ‘90 Day Fiance’ where every aspect of the lives of a couple is documented for our viewing pleasure as they try to start a new life together in their partner’s country. Corey Rathgeber and Evelin Villegas are one such couple. They met each other in Evelin’s home country of Ecuador while he was traveling around the area with his friends, and after spending two weeks together and getting to know each other, the two were in love.

Soon after this, the pair made their first public appearance on season one of ‘90 Day Fiance: The Other Way’ where their lives were filmed as Corey tried to go through the steps of leaving his life in Washington behind and moving to Ecuador to be with Evelin. As the show ended with Corey asking Evelin’s father for his permission to marry her and subsequently proposing to Evelin on a hot air balloon ride, you might be wondering what happened to them.

Though a lot of speculation and conflicting statements about the couples relationship status are going around at the moment, Corey Rathgeber and Evelin Villegas are, in fact, still together. The couple is currently in lock-down in Ecuador together, trying to stay safe during this corona-virus outbreak.

In a recent Instagram story uploaded by Corey, he said: ”We go through some hard times, it happens, just like all relationships, but current status- we’re doing good.” And if that wasn’t enough, Evelin posted the following on her Instagram account:

Corey and Evelin have never been able to stay out of the limelight for long. The couple has had a lot of public fights since their relationship began, especially with their ‘90 Day Fiance’ co-star Laura Jallali, who at one point was close friends with Evelin. Not only this, but with their arguments with each other and their cheating scandals being aired like dirty laundry on social media, their publicity has rarely been good.

Apart from all of this, a major issue that they have had to overcome is that of cultural shock. While Evelin is from a small town with dirt roads that had just a bunch of houses with constant water and electricity, Corey is used to his comfortable life in America, so for him to make such a big move had had to be tough.

Of course, Evelin moving to be with Corey would make more sense, but that wasn’t possible as she had previously overstayed her visa, after which she had to be deported and was banned from re-entering the USA for three years.

Although it hasn’t been confirmed, there is also a positive rumor going around stating that the couple has already gotten married. Corey and Evelin are trying their best to avoid giving attention to any speculations, good or bad, right now. They seem to be just working on their relationship and their life together.

Read More: Are Russ and Paola from ’90 Day Fiance’ Still Together?