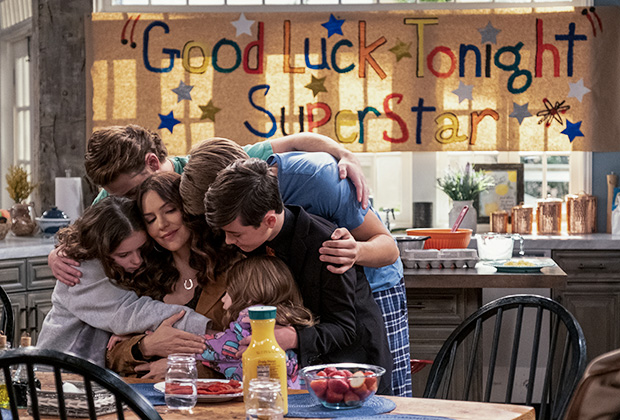 In ‘Country Comfort,’ creator-executive producer-showrunner Caryn Lucas (‘Happily Divorced’) melds situational comedy with musicals, two genres that rarely go together outside Disney and Nickelodeon shows like ‘Hannah Montana’ and ‘Victorious.’ Set in Nashville, Tennessee, the series revolves around the aspiring country singer Bailey (Katharine McPhee Foster), who starts working as a nanny for the horse ranch owner Beau (Eddie Cibrian) and his five children. In time, she develops a genuine bond with each of the children and helps them navigate through the grief of losing their mother. She also becomes a maternal figure in their lives, which creates a conflict between her and Beau’s girlfriend, Summer (Janet Varney). Here is everything you need to know about the ending of the series. SPOILERS AHEAD.

Bailey is having the worst night of her life. After her band delivers yet another terrible performance at the legendary Tootsie’s Orchid Lounge, their frontman, Boone (Eric Balfour), who also happens to be Bailey’s boyfriend, tells her that they are replacing her with another vocalist. Heartbroken and angry, she ends their relationship and moves out of their home. The problem is that she now has nowhere else to go.

So, it seems like fate that she ends up at Beau’s ranch, looking for a phone after her car breaks down. The children (and later, Beau) mistake her for the 10th nanny they are looking to hire. Even though that confusion is later cleared, Beau recognizes the positive effects she is already having on his children and gives her the job.

Bailey doesn’t have children of her own, and this is the first time she is working as a nanny. So, she inevitably makes her share of mistakes, some of which get her fired in the pilot episode. After she is reinstated, she doesn’t become better overnight. She continues to make mistakes, but at the same time, she keeps learning from them. There is a running gag in the series in which she keeps asking the children not to tell their father about her mistakes. 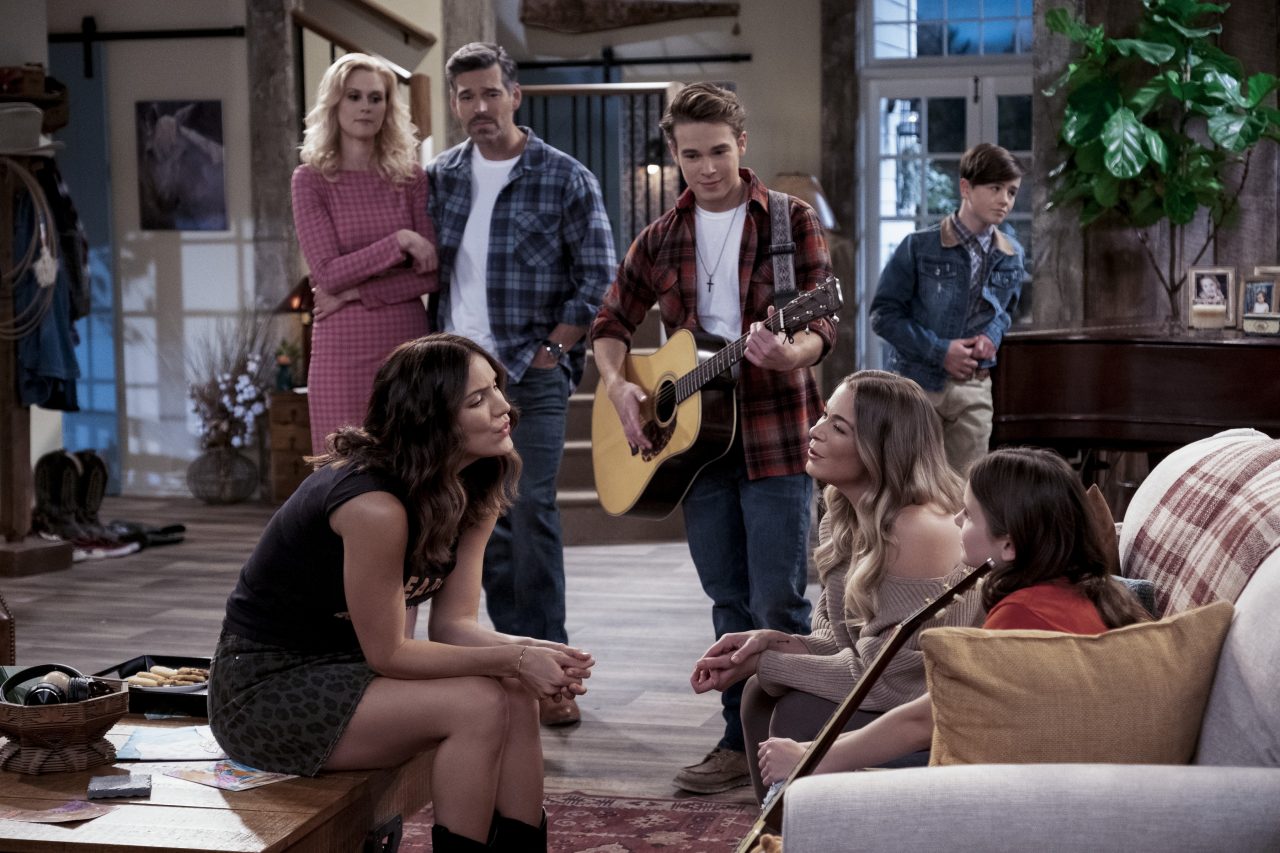 As the series progresses, Bailey forms a symbiotic relationship with those children. She continues to pursue her musical aspirations, and one of the children, Dylan (Griffin McIntyre), becomes her manager. She helps Tuck (Ricardo Hurtado) and Brody (Jamie Martin Mann) with their romantic lives and assumes the motherly role for the youngest, Chloe (Pyper Braun). Bailey grows especially close to Cassidy (Shiloh Verrico), who has been initially the most hostile toward her.

In the finale, Cassidy is worried that Bailey will leave them if she wins the Rocky Jackson competition. Cassidy doesn’t want to attend the competition but eventually does so after her father convinces her. On the night they are supposed to perform together, Boone leaves Bailey to be a part of the opening act for Keith Urban’s Australia Tour, breaking her heart once more. But the children are there to help her through the competition. They play the instruments while she sings her heart out.

Country Comfort Season 1 Ending: How Has Bailey Changed the Lives of Beau and His Children?

Before Bailey’s arrival, Beau and his children were stuck in limbo since the death of Beau’s wife two years earlier. The fact that they have gone through nine nannies before Bailey is a testament to that. As Tuck informs Bailey, this is because Cassidy refuses to let anyone take their mother’s place in their lives. When she first meets Bailey, Cassidy lashes out at Bailey in the same way, but Cassidy’s attitude changes by the time the pilot episode ends after she sees the extent that Bailey is willing to go for her.

Cassidy subsequently becomes Bailey’s biggest supporter in her household, and the two of them develop a sisterly bond. In Summer’s mind, Bailey’s inclusion in her boyfriend’s family threatens her own tentative position at Beau’s side, especially because she hasn’t been accepted by his children yet. Ironically, Bailey’s presence enables Beau to take chances in his relationship with Summer.

Although Beau is not yet ready to contemplate marriage again, he takes off his old wedding ring, letting Summer know that he is done with grieving for what is gone. Although he later puts the ring back on because he is yet to have that particular conversation with his children, it is likely temporary. After all, the children, even Cassidy to a degree, have accepted his and Summer’s relationship. 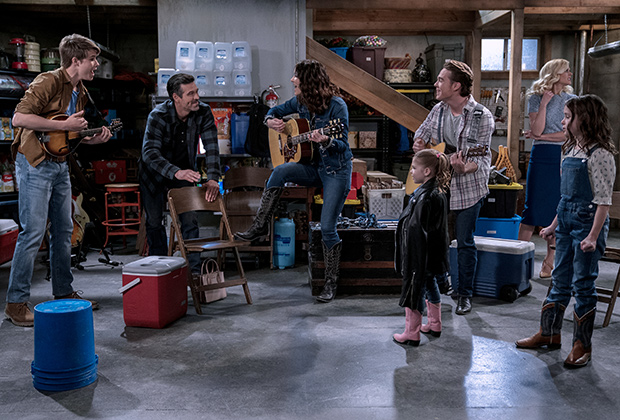 While Bailey’s efforts to help the children sometimes end in tremendous disaster, there is always a good intention behind her actions. Bailey attempts to fix Brody up with his childhood friend, Jo (Kirrilee Berger), but fails terribly when it is revealed that Jo has feelings for Tuck. Predictably, this causes friction between the two brothers until Tuck takes active measures to end the feud by arranging a date for his brother with the cousin of a girl he is dating.

Through trials and errors, Bailey improves her performance as a nanny. Because the siblings have such distinctive personalities, their interactions with Bailey vary from each other. Tuck, on the threshold of adulthood, tries and fails to have a flirtatious relationship with Bailey. Like Cassidy, both Brody and Dylan see Bailey as an older sister.

After Boone leaves her yet again, Bailey is forced to endure heartbreak and anger. And this is further amplified by the fact that he had just proposed to her a few days back. However, as she soon discovers, Bailey doesn’t have to endure the pain alone. This time, she has an entire band to support her. Music plays an important role in the story. When their mother was alive, the five children had tangible connections with her through music. In the course of season 1, Bailey gradually fills that void.

What Does the Future Hold?

Boone will likely return at some point, once more repentant and promising that he will do better. It all ultimately depends on how Bailey responds to it the second time. Jo now knows that Brody has feelings for her, and Brody knows that she knows. If the brief moment of eye contact in the finale is any indication, they might decide to start dating each other. 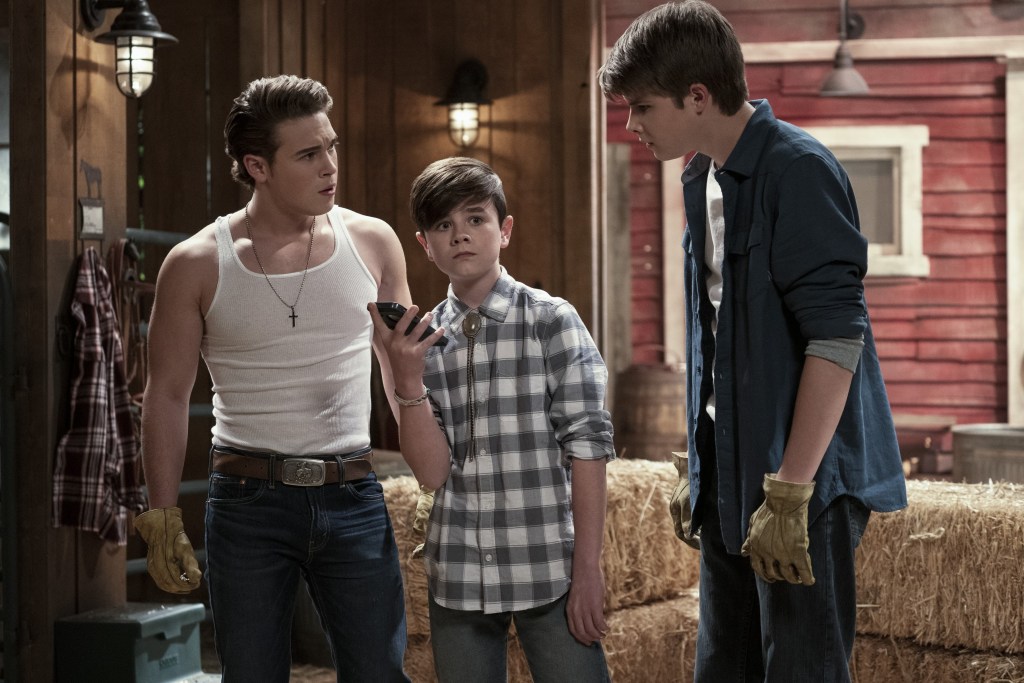 The series shares certain obvious similarities with ‘The Nanny,’ the 1990s’ CBS sitcom starring Fran Drescher in the eponymous role. Lucas worked on that show as an executive producer and evidently has drawn from it while creating ‘Country Comfort.’ But one of the things that set the two apart is the depiction of the male protagonist’s early love interest.

“C.C.” Babcock (Lauren Lane) in ‘The Nanny’ is a mean-spirited narcissist who doesn’t care about anyone else but herself. However, Lucas clearly developed Summer with an understanding of the perspective of a woman in her situation. The genuineness of Summer and Beau’s relationship makes the audience skeptical about Beau and Bailey’s future romance.