Crazy About Her Ending, Explained 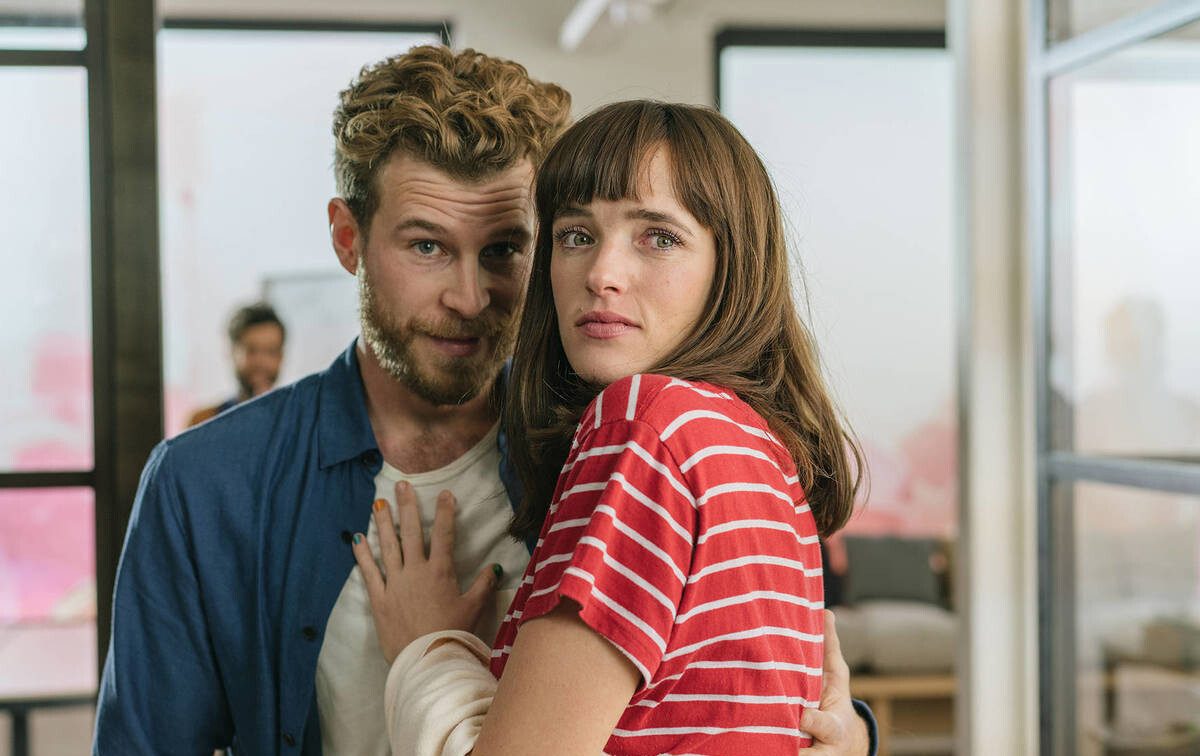 ‘Crazy About Her’ (also known as Loco por ella) is a Spanish romantic-comedy film directed by Dani de la Orden (‘Elite’) and written by Natalia Duran and Eric Navarro. The film stars Alvaro Cervantes, and Susana Abaitua in the lead roles. It revolves around Adri, who willingly admits himself to a psychiatric treatment center to meet Carla, the woman he has fallen in love with after spending one crazy night together.

The film attempts to talk about the difficult aspects of love and tries to change the notion of romantic comedies by tackling a serious subject. After a few twists and turns along the way, the film arrives at its climax but just when we begin to expect a happy ending, it delivers a bittersweet final scene that requires some explanation. If you have questions about the ending of ‘Crazy About Her,’ we hope to provide you with some answers. SPOILERS AHEAD.

Crazy About Her Plot Synopsis

The film introduces us to the optimistic Adri and impulsive Carla in the opening scenes. Adri bumps into Carla at a club and flirts with him. She says that she only wants a one-night fling and insists that they part ways after having a perfect night together. After Carla leaves, Adri is left with her jacket, and all he knows about the woman is her name. He spends the next few days ignoring the connection he felt with Carla and goes to work. 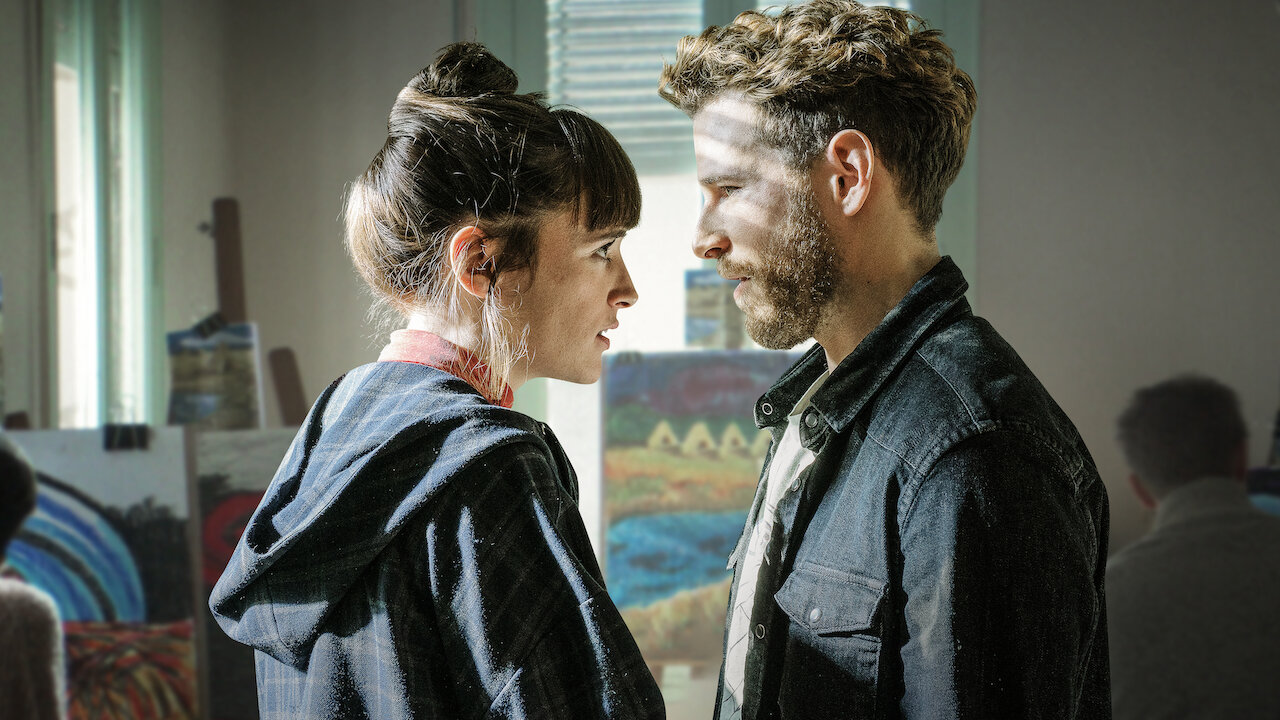 Soon, Adri starts missing Carla and realizes he loves her. He finds a clue in the jacket’s pocket, which leads him to the psychiatric facility where Carla resides. Adri realizes that the only way to get in is by admitting himself into the facility as a patient. With a friend’s help, Adri gets a doctor to sign on documents that state that he has been diagnosed with depression. Using the forged documents, Adri admits himself at the facility.

When he finally meets Carla, she is not as thrilled to see Adri as he expected and instead asks him to leave. He tells Carla that he is in love with her, but she shuts Adri down, saying he knows nothing about her. Adri is discouraged and hurt. He tries to leave, but the Director of the facility makes it pretty clear that he cannot leave until he is fully recovered from depression. How Adri manages to win over Carla and get out of the facility makes up for the rest of the plot.

Crazy About Her Ending: Do Carla and Adri Get Back Together?

The entire movie is built around Adri’s desire to date Carla. He even goes to the extent of admitting himself to the psychiatric facility Carla lives in. Soon, Carla falls in love with him, but after the accident on the roof, she finds out that Adri has told the doctors that she hasn’t been taking her meds. She is enraged at Adri and breaks up with him. Shortly after this, Adri’s derogatory article about the people living with mental illness is published and read by his friends at the facility, and they refuse to speak to him.

Consequently, Adri is allowed to step out of the facility. After leaving, Adri publishes an article about how he was wrong in trying to save Carla. He says that Carla doesn’t need saving and needs to be appreciated for who she is. He understands why they can no longer be together but claims he will always be madly in love with her. Adri’s article touches Carla, and along with the group, she escapes from the facility to meet Adri. She arrives at his office and scolds him for giving up on her so easily.

After Adri admits that he still wants to be with her, she explains that her bipolar disorder will make things difficult for him, and he will have to deal with her without trying to change her or giving up on her. Adri gladly agrees and promises never to give up. The two kiss and have another wild night together, reminiscent of the first time they met. They are both happy and enjoy their time together until Carla has to go back to the facility.

Adri drops her at the facility, and before she goes inside, Carla gives him her phone number. He promises to call her as soon as she gets out of the facility. In the last scene, as Carla walks inside the facility’s gate, she pauses for a moment, her eyes are teary, and her face looks sad. She continues walking as we cut to black. Although Carla and Adri did get back together, it was only for a brief moment. At the end of the film, the two go their separate ways.

What Is The Significance of The Parting Scene?

The film beautifully tells the story of Adri and Carla and stresses why they cannot be together. Adri is optimistic and cheerful. He has never faced any struggle or trauma in his life and always fits in anywhere he goes. Unlike him, Carla has type 1 bipolar disorder and finds it hard to control her feelings. She soon realizes that to be with Adri, she will have to change, and not knowing if that is possible or if she can get better, Carla has an episode that drives them apart. They spend a night together but in the end part ways. However, the last scene indicates that Carla is sad when Adri leaves her at the facility.

One explanation of the ending is that she wants Adri to join her and live inside the facility. She pauses to check whether he follows her inside, just like he followed her not long after they met. Alas, he doesn’t, and Carla continues walking inside the facility. It can also be interpreted as a visual representation of the worlds the two characters belong to. As the Director states, the facility teaches its patients to live with themselves the way they are. No matter how good their intentions, the people outside the facility will always try to change the people living with mental illness.

As much as Adri and Carla love each other, they know that the facility is the best place for Carla, at least for now. Adri represents the world outside the facility, while Carla represents the world inside the facility. Whichever interpretation you choose to believe, the impact of the final scene remains the same. The ending succeeds in creating a conversation about the two characters’ fate and thus forces us to rethink the way we look at people who have a mental illness and challenges us to create a definition of love that is not influenced by films.

Read More: Is Crazy About Her a True Story?