Creed McKinnon From Too Hot to Handle: Everything We Know 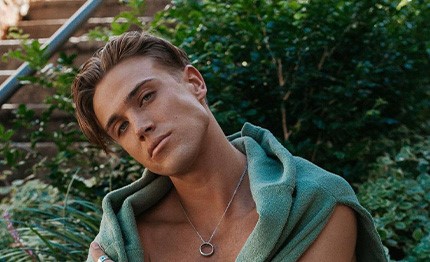 Created by Laura Gibson and Charlie Bennett, Netflix’s ‘Too Hot to Handle,’ is a dating show that welcomes several young men and women on an exotic island to form a deeper connection. According to the rules, the contestants must refrain from sexual activities and try to form a genuine bond. For each broken rule, a certain amount of money is deducted from a massive final prize the cast members will take home. Season 4, however, comes with a twist. The contestants had not been told they would participate in this reality TV show.

Under the guise of a fake show, ‘Wild Love,’ the contestants had been flown over to a luxury villa in the Caribbean where they must curb their desires and keep their hands to themselves (also off themselves). With popular TV series host Mario Lopez as the host, the naughty Netflix show introduced ten stunning fresh faces, among which Creed McKinnon entered as one of the hottest men from the land from down under. Naturally, fans are curious about this handsome star’s age, early life, career, and if he has a significant other in his life. If you are in the same boat, we have just the answers you need!

The 24-year-old Creed McKinnon hails from a rural town in Perth, Australia, and moved to South Africa at the early age of 14. He was raised by his single mother and owes his success entirely to her. Creed always knew that his calling was somewhere else, that his small town couldn’t hold back his potential, and that he needed to get out. He later moved to Indonesia, where he underwent a deep sense of self-discovery. Presently, the reality TV star resides in the sprawling Southern Californian city of Los Angeles.

The spirited personality is way ahead of his years, and all his self-training has helped him achieve his goals and dreams. Creed owes his success to his life experiences and multicultural background, and he is enthusiastic about promoting a healthy way of living. The gorgeous star also has a significant following on his social media accounts, with around 34k followers on Instagram and 188k followers on TikTok.

Creed McKinnon began his career in December 2019 in Indonesia as a Social Media and Marketing Coordinator for Gililife, where he worked as a freelancer for two months. After that, he spent a year developing websites for California Polytechnic State University-San Luis Obispo before serving as an adviser for The Boldest for over two years.

Creed later quit his job and co-founded VersaWare Technologies in September 2021. As an avid believer in leading a healthy lifestyle, he started the company that creates the next generation of kitchen gadgets for mindful eating and nutritionally-motivated meal preparation.

Is Creed McKinnon Dating Anyone?

As per the show, the “bad boy” persona of Creed McKinnon has not helped him to continue or even be in a meaningful relationship. For the same reason, he decided to take a chance at finding love on the dating series. Before his appearance on the show, it had been speculated that he had been in a long-term relationship with a girl named Taleah, whom he had referred to as his “soulmate.” However, we should make it perfectly clear to our readers that it is not the case, and Taleah is his best friend. Thus, to be perfectly candid, our dashing star is currently single and still looking for the love of his life.

Read More: Too Hot to Handle’s Dominique Defoe: Everything We Know