Review: ‘Curtiz’ is a Visually Stunning Celebration of an Underrated Filmmaker

“But it’s still a story without an ending” – this iconic yet ironic line spoken by Rick Blaine in ‘Casablanca‘, in many ways, forms the premise of ‘Curtiz’. The black and white film serves as an elegant feature debut by Swiss-Hungarian director, Tamas Yvan Topolánszky, as he celebrates the underrated filmmaker who gave us one the greatest films in the history of cinema. ‘Curtiz’ stylishly presents to us a riveting dramatization of Michael Curtiz’s struggles as he makes ‘Casablanca’ during a time when America was on the brink of entering the World War II.

Topolánszky’s ‘Curtiz’ takes us to the December of 1941, just days after the Pearl Harbour attack. It offers a slice of life from those troubled times and explores how the war affected the production of ‘Casablanca’. Curtiz, in the film, grapples with studio politics and his own relationship with his estranged daughter, while trying to come up with an ending to one of the most iconic films ever made. SPOILERS ALERT! 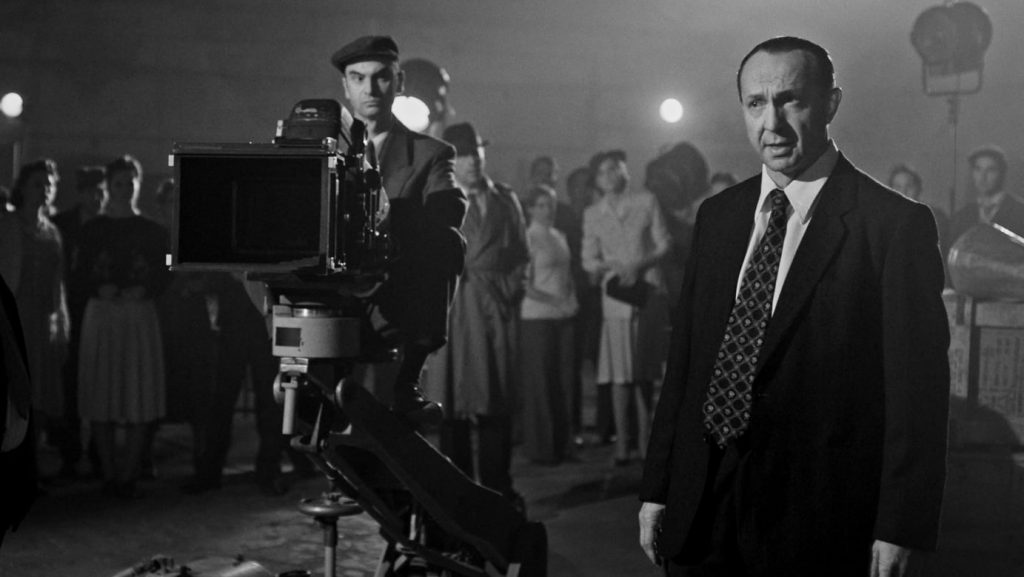 The film begins with Roosevelt’s speech from December 7, 1941, as America prepares to enter World War II after the Pearl Harbour attacks. It takes us to the office of Jack Warner of Warner Brothers, as producer Hal B. Wallis, and a government officer, Mr. Johnson, discuss the fate of ‘Casablanca’. It is also through them that we’re introduced to the film’s arrogant but driven director, Michael Curtiz.

Curtiz is portrayed as a difficult person to work with, a womanizer, but also an underappreciated genius, who at the time had already given Warner Bros 4 Oscar nominations. The film explores how he tackles political intervention from Johnson, an official from the Office of War Information, who wants the film to represent American ideals.

Curtiz and Wallis on the other hand want the film to represent hope, but also look at the realities of the war. The difference in opinions often lead to desk discussions where the great minds behind the film; Wallis, the Epsteins, Irene Diamond and Curtiz, all sit together to discuss its potential ending, and what it should represent.

A major focus of the film is Kitty, the daughter Curtiz abandoned, as she one day randomly shows up at the set of the film. Kitty and Curtiz’s relationship, along with the fear of losing his sister to the war, play a crucial role in Curtiz’s ending to the film, and in turn, Topolánszky’s ending to ‘Curtiz’. 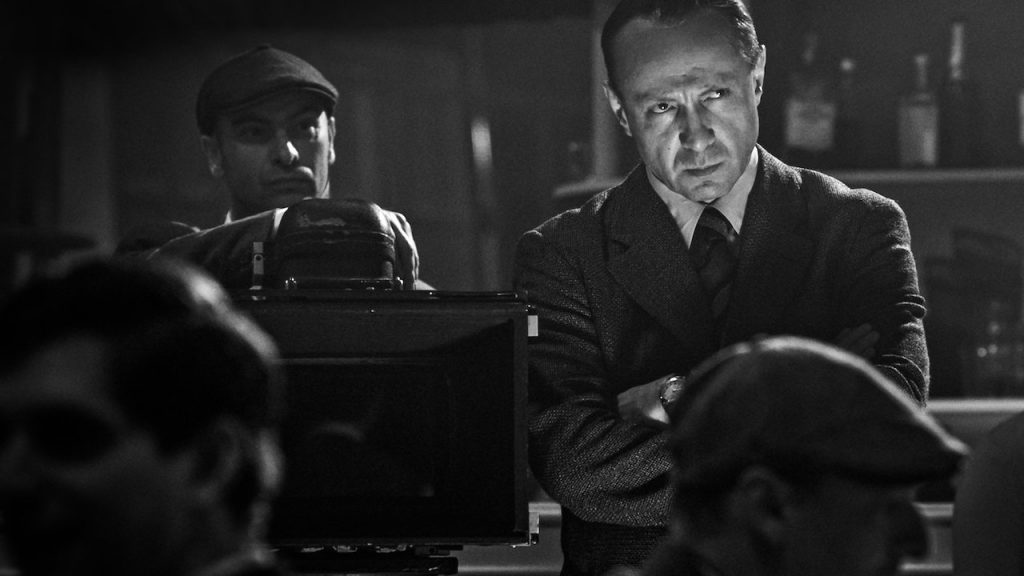 ‘Curtiz’ marks a remarkable debut by Tamas Yvan Topolánszky, who celebrates not only the under-recognized genius of the Hungarian-American filmmaker, but also the legendary ‘Casablanca’, through the distinguished visual elements that he employs in his work. The narrative of the film may not be particularly strong or always truthful. But it doesn’t need to be as it offers a fictionalized but honest portrayal of the man Michael Curtiz was. More importantly, ‘Curtiz’ serves as his legacy.

It is also absolutely essential to praise the film’s sets and costumes, which were brilliantly recreated despite its low-budget. Another mesmerizing aspect of ‘Curtiz’ is its cinematography that was achieved through Zoltán Dévényi’s camerawork. ‘Curtiz’ is bound to make cinephiles and fans of ‘Casablanca’ happy as the team behind it pays a tribute to the film and its maker, but also pays homage to the classical Hollywood style of filmmaking. 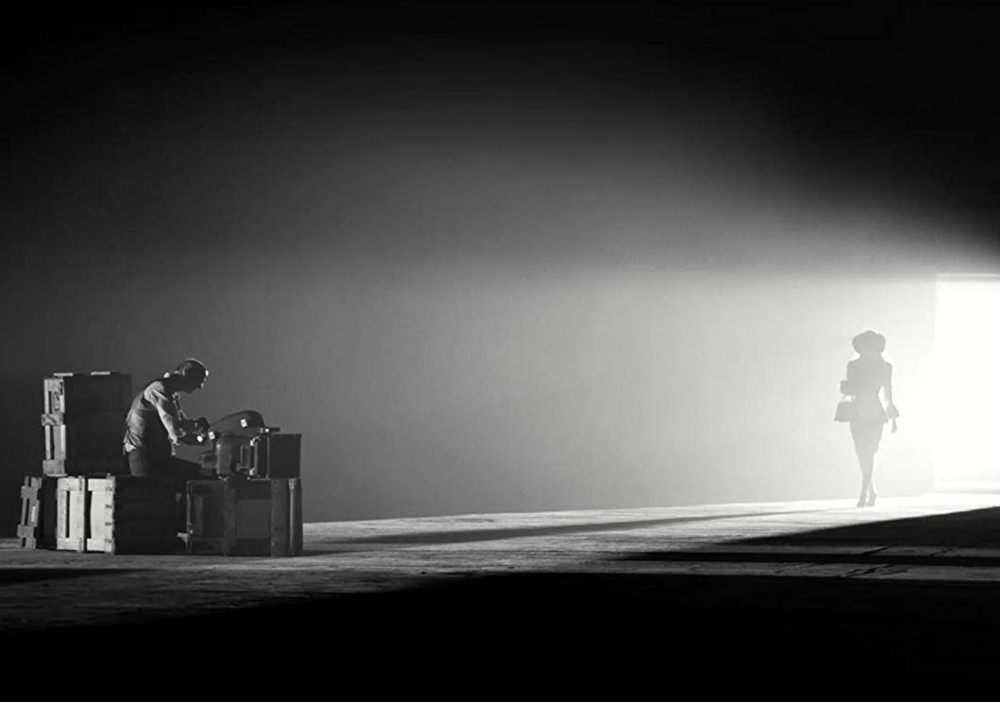 When Curtiz directed ‘Casablanca’ and collaborated with Arthur Edeson for its cinematography, they created a striking visual cocktail that infused the classical Hollywood style with elements of film noir and German expressionist lighting. Topolánszky and Dévényi celebrate this through their sophisticated camerawork and high contrast black and white filming. One can even spot similarities between certain scenes from ‘Casablanca’ and ‘Curtiz’, especially in its portrayal of Kitty and Curtiz.

The soft glow used on Kitty’s face is strikingly similar to the one used for Ingrid Bergman’s Ilsa. There are also other scenes from ‘Casablanca’ that are recreated in ‘Curtiz’. These include Ilsa and Rick in shadows, covered with lines on their  faces as they stand by the blinds of the window. We find Kitty and Curtiz in similar settings and lighting throughout the film, which is supposed to represent their own turmoils and entrapment.

But Topolánszky and Dévényi also add their own touch to the film’s visuals. This is most remarkably seen through the red light used in the film. The red light features thrice in ‘Curtiz’ and all three times it is on Kitty, who is completely engulfed by it. But she is also always on the outside.

It is only towards the ending of the film, that there is a considerable distance between Kitty and the red light, as she decides to leave. The light, in this way, becomes symbolic. It could represent Curtiz’ own passion as a filmmaker that consumes Kitty even though she is always on the outside. This is also why she eventually leaves, and two are never able to resolve their relationship.

‘Curtiz’ also makes use of subtlety throughout its narrative. This is best shown in the way the actors playing Ingrid Bergman and Humphrey Bogart are never revealed. Due to its political context, and the questions Topolánszky chooses to raise, the film also sharply looks at the “us and them” of war.

The film sensitively attempts to explore the crossroads between history and cinema as it addresses the politics of a war film made during the World War II. ‘Curtiz’, then, pays tribute to a brilliant immigrant filmmaker who simultaneously made one of the most powerful war films and one of the greatest romances in cinema’s history. Unlike what Bess says in the film, ‘Casablanca’ did go on to change the course of history, especially with its unforgettable ending. So, here’s looking at you, Curtiz.