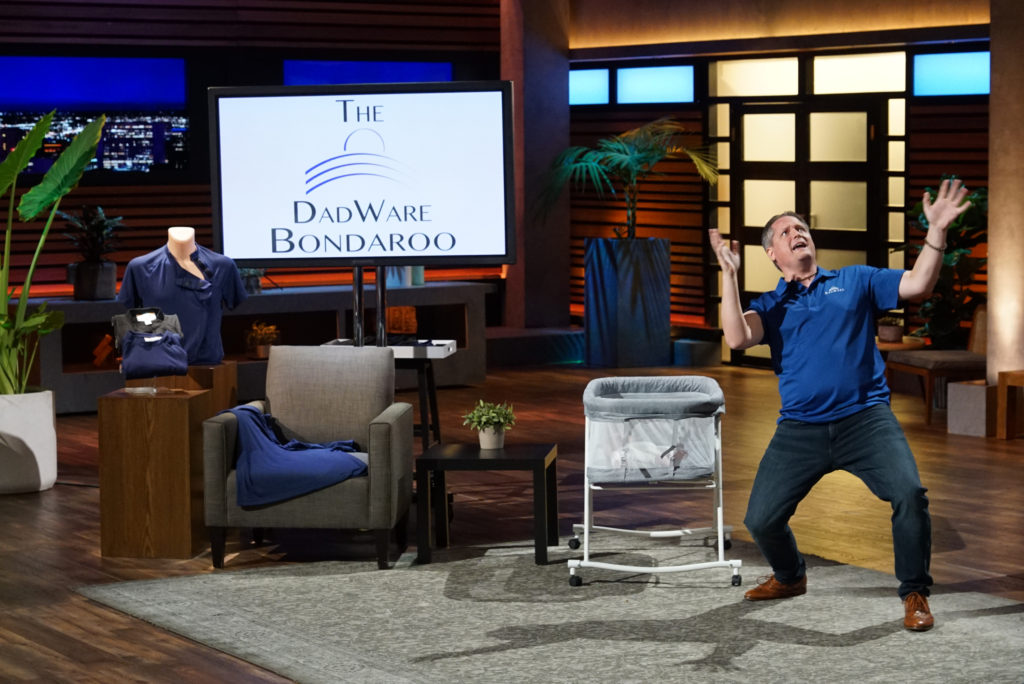 ABC’s ‘Shark Tank’ offers a unique chance to budding entrepreneurs to strike the deal of a lifetime with behemoths in the world of business. The young entrants must show their potential and desire to succeed. Over the seasons, we have seen some fantastic inventions as ‘Shark Tank’ has impressed us while remaining entertaining. In Shark Tank season 11 episode 22, we are introduced to four companies. One of them is DadWare, which makes a product called Bondaroo. Here’s everything we know about the company and its product.

DadWare LLC. is a Los Angeles based company owned by Nick Baker. Nick got the idea to start his company after the birth of his daughter Eva. In May 2015, Eva changed Nick’s life forever and gave him the idea for a business invention. During labor, Eva’s mom, Dawn, went through so much pain that she was traumatized.

When the nurses tried to place Eva on her chest, she couldn’t do it, and later confided that she didn’t want the negative feelings and energy to be the first things Eva knew after her birth. At the same time, the couple knew the importance of Eva’s first experience in the world to be skin to skin bonding or ‘kangaroo care.’ Since Dawn was unable to do that for her daughter, Nick tore open his shirt and placed Eva on his chest. After returning home, Nick continued to be shirtless, allowing for more skin to skin bonding. Soon, he realized from his personal experiences that he could make the bonding process easier for other dads.

As a result, DadWare’s Bondaroo came into existence, allowing dads to be a part of the magical experience of kangaroo care. Notably, the product is named after the nickname Nick has given Eva. He calls his daughter ‘the little bugaroo’ and named the product Bondaroo after her.

The DadWare Bondaroo looks like an ordinary tee-shirt, except for the addition of a Velcro flap in front that opens and closes, exposing the chest and allowing skin-to-skin bonding with the baby. The shirt is made of French terry, 82% polyester, 15% rayon, and 3% spandex to maintain its shape. It is also stretchy enough to retain its shape after repeated use with an infant. The rounded Velcro circles ensure that the baby’s tender skin doesn’t get chafed. You can check out a post about the changes to the Velcro below.

The Bondaroo can be used in the hospital during the golden hour, in the NICU, and around the house. However, the shirt does not support the weight of the child. Thus, Bondaroo encourages active bonding, instead of using the garment as a sling, while parents do the dishes, for example. The wearer is encouraged to hold, interact with, or let the baby sleep while bonding.