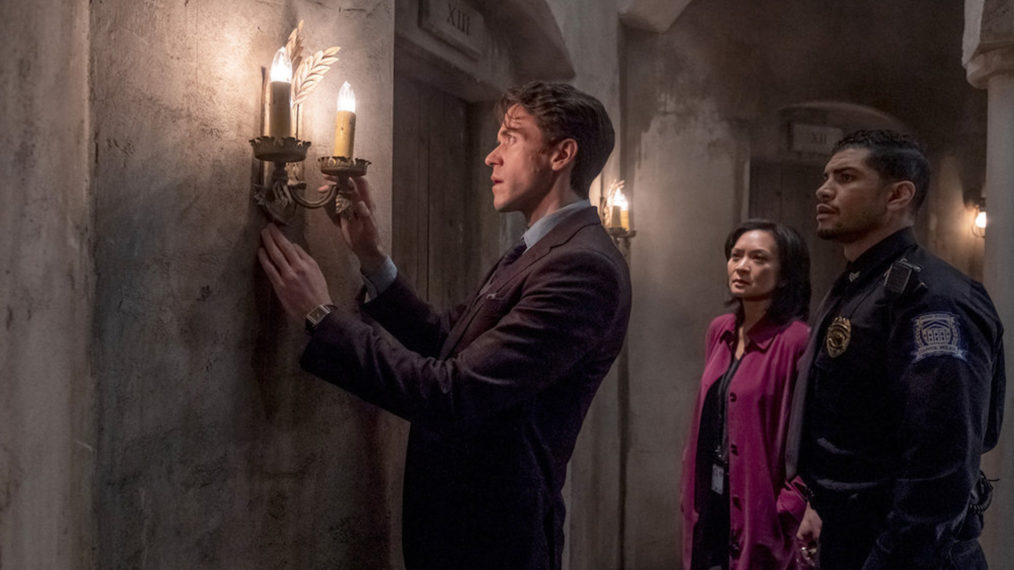 The exhilarating pilot episode of ‘The Lost Symbol’ offers everything that the audience can expect from a project developed from a Dan Brown book: mystery, drama, action, and enough elements of reality to make us really question whether what we see on screen is possible. The show centers around a much younger Robert Langdon (Ashley Zukerman), still quite brilliant but without the subtle wryness that his older counterpart seems to possess. Here is everything you need to know about the ending of ‘Dan Brown’s The Lost Symbol’ episode 1. SPOILERS AHEAD.

The pilot, titled ‘As Above, So Below,’ begins with a prisoner — presumably American — being tortured by the guards in a facility in Ağrı, Turkey. The narrative then shifts to Robert’s class at Harvard, where he speaks to his students about how the same symbols are interpreted differently in the course of history and how that interpretation can lead to violence.

He receives a call from a man claiming to be the assistant of his mentor, Peter Solomon (Eddie Izzard), asking him to come to Washington, D.C., to deliver a speech at the Smithsonian gala at the US Capitol. Although it is last minute, Robert accepts, knowing how Peter operates. However, when he gets there, he discovers that Peter has been kidnapped by the same man who called Langdon and pretended to be his assistant. 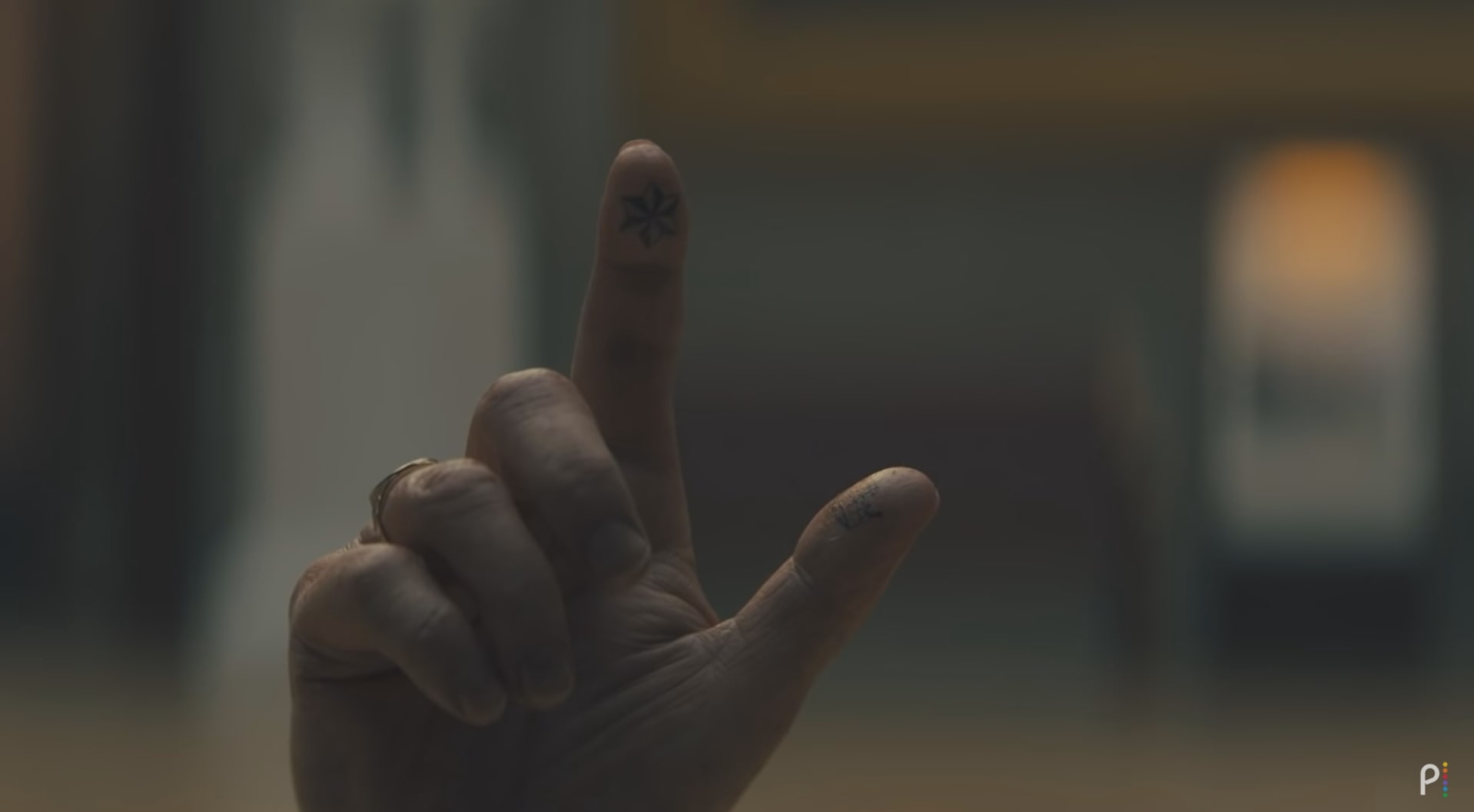 The kidnapper wants Langdon to find “an ancient portal buried within the city.” He tells Langdon to locate and unlock it. As a clue, he leaves Peter’s amputated hand, which Langdon recognizes by the ring that’s still there, in the middle of the Capitol Rotunda. Langdon recognizes the tattoos on each finger of the hand as the symbols of the Hand of the Mysteries.

Later, with the help of CIA operative Inoue Sato (Sumalee Montano) and uniformed Capitol policeman Nunez (Rick Gonzalez), Langdon gains access to Peter’s secret Masonic altar. There, he finds a pyramid with incomplete inscriptions on it, hidden behind a wall. Meanwhile, after learning about her father’s abduction from Langdon, Peter’s daughter, Katherine (Valorie Curry), visits her father’s office and finds an envelope with a leviathan cross in a compartment.

Dan Brown’s The Lost Symbol Episode 1 Ending: Who Kidnaps Peter? Who Is Mal’akh?

Peter’s kidnapping triggers the plot, bringing every character where they are supposed to be. By the end of the pilot episode, we have an idea about who has taken Peter. The character is called Mal’akh, a muscled and tattooed individual who is a master of disguise. Using concealer, he hides his tattoos and infiltrates the Capitol to leave Peter’s severed hand.

Later, he sends in one of his men dressed as a janitor, who kills a CIA officer and seriously injures Nunez before telling Langdon to escape from the CIA custody and find the portal if he wants to save Peter’s life. Mal’akh wants Langdon to find the capstone of the small pyramid that he, Sato, and Nunez found in the secret room that houses Peter’s Masonic altar.

In the book, Mal’akh is revealed to be Peter’s son Zachary (Keenan Jolliff), who makes an appearance in the flashback scene involving dinner at the Solomon household. Although Mal’akh claims that he killed Zachary, this is later proven to be false as he himself tells his father the truth. It will be interesting to see whether the show keeps true to the source material or takes creative liberty. Jolliff doesn’t portray Mal’akh in the series, American actor Beau Knapp does. But this can be a simple misdirection on the writers’ part to make the audience believe that they are aiming for a different ending from the book.

Why Is the CIA Investigating Peter’s kidnapping?

As Nunez points out to Sato, it’s the FBI that generally handles kidnapping. But this seems to be a special case as the CIA gets involved. Langdon briefly wonders whether Peter worked for the CIA, but that turned out to be not the case. Zachary worked for the CIA in Ankara, Turkey, until he was arrested for trafficking drugs and sent to the prison in Ağrı. He is the prisoner getting tortured at the beginning of the episode. The CIA believes that Zachary is dead, and the person responsible for it is now coming after Peter. Towards the end of the episode, Sato sends one of her subordinates to find out what really happened to Zachary.

What Is the Leviathan Cross?

Robert sees a leviathan cross on a utensil placed on Peter’s altar and is surprised by it, as he believes that it doesn’t belong there. But considering that the leviathan cross is also the symbol for sulfur in alchemy — and he, Sato, and Nunez smelt sulfur when they entered that room — things are likely connected. This is further reinforced by Katherine finding the envelope sealed with a leviathan cross mark, which her father told her is more important than his life.

Read More: Where Is Dan Brown’s The Los Symbol Filmed?