Daniel Ezra From All American: Everything We Know 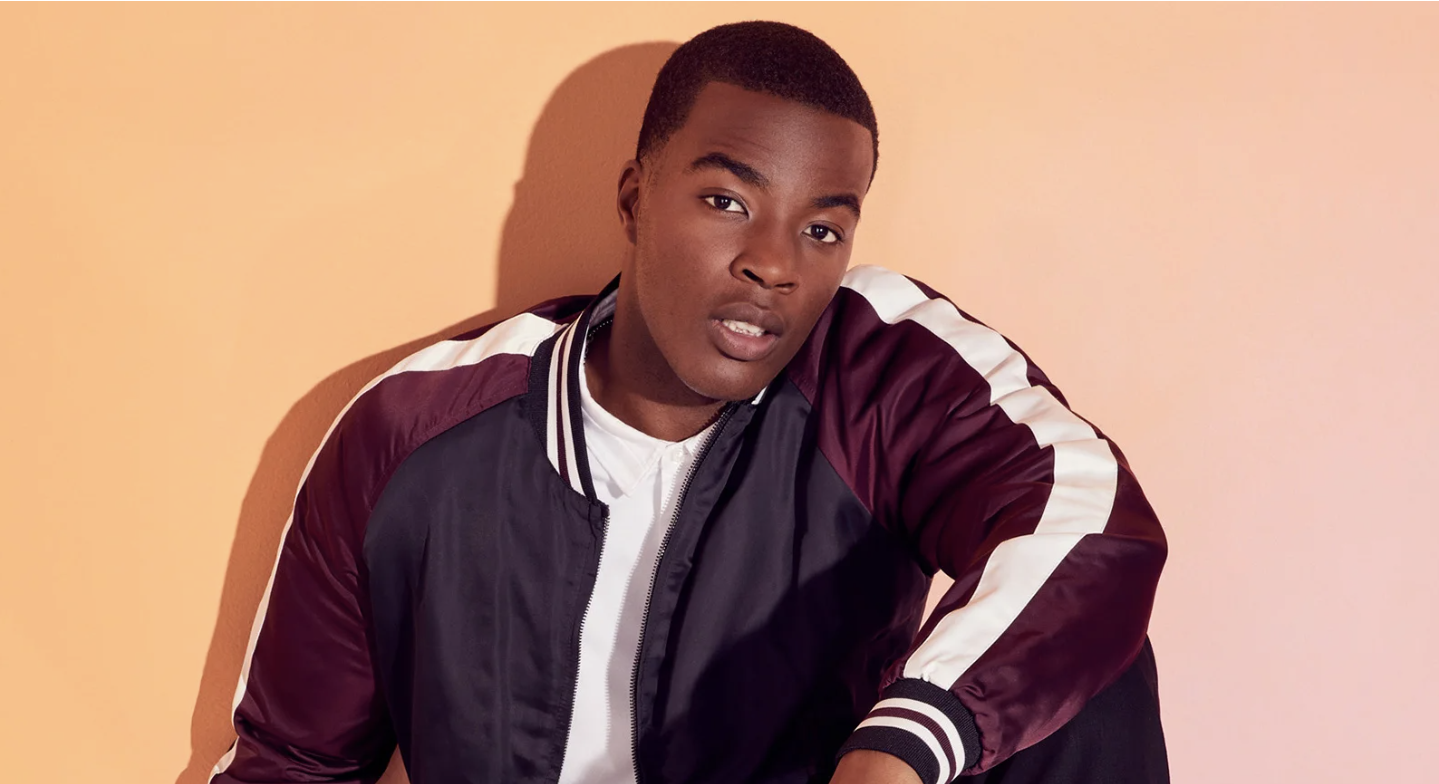 Daniel Ezra became a household name within a few years after stepping into the television industry, and this is a novelty in itself. Intrinsically a person who is well aware of the stinging pain of dreaming an unrealistic dream, he realized his true passion much later in life. He has considerable experience in the field of sports as well as entertainment and has made the most of both in his workspace. The CW’s ‘All American’ is a sports drama TV series, and Daniel famously plays the protagonist, Spencer James, in it.

The hit show has been inspired by the true story of Spencer Paysinger, a former NFL player who hails from Crenshaw, Los Angeles, and played football at Beverly Hills High School. The actor has garnered immense success and critical acclaim after playing the part, and his fans now wish to know him better. Here is everything we found out about him!

Daniel Ezra has remained discreet about his parents for the most part and talks about his personal life only in a passing reference. But it is known that both his paternal and maternal grandparents were from Jamaica. Until the age of 18, he was clueless about the path he wished to walk on as far as his professional career was concerned. However, he continued to play basketball and soccer passionately throughout his formative years and even considered taking up physiotherapy at one point.

Luckily for Daniel’s millions of fans across the world, a drama teacher half-heartedly put him on the stage, and a fire lit in his heart the very day. The way Daniel describes it, the experience sounds nothing less than an epiphany as from then on, the talented personality set his mind on honing the skill. After having a particularly “fun” day at school, Daniel chose drama for an entire year.

Following a positive response, he relocated to London and locked himself away for three years at a theater school. Hailing from Birmingham, England, Daniel has often spoken about how he underwent considerable training to polish his American accent for ‘All American.’ Undeniably, most of the work was done during his time at the acting school, where a term is dedicated to the American classics. After already developing a basic American accent, Daniel dedicatedly listened to LA artists and Californian rappers, after bagging the part.

He reportedly practiced all of the songs and observed every interview of his favorite rapper – late Nipsey Hussle – to hone his American accent. The actor convincingly made the audiences believe that he is a star football player. His father being a trainer, Daniel has been passed down the seed of athleticism. Although he had not played the sport in real life, his dad helped him get in shape for the role and surely must not have felt embarrassed every time his son’s shirt comes off (which is a lot!)

Daniel Ezra might seem like a fresh face to American audiences, but he has, in fact, gained considerable acting experience in the United Kingdom. However, that has been restricted to recurring roles in BBC dramas like ‘Undercover’ and ‘The Missing.’ Before these, his acting skills had already been recognized from his impeccable performance as Sebastian in the live production of ‘Twelfth Night,’ for which he got nominated for an Ian Charleson Award. 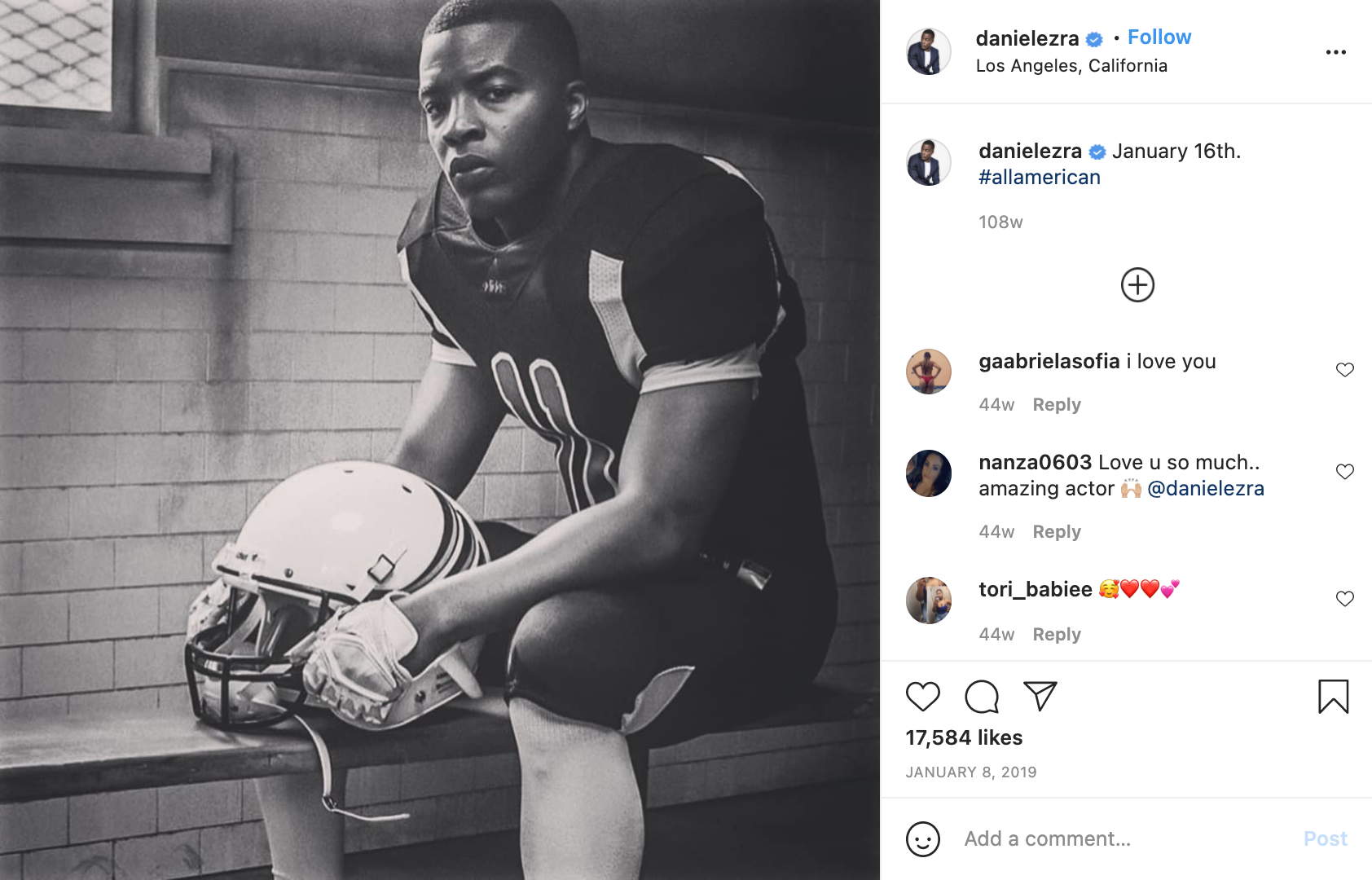 In 2014, Daniel made his screen debut in the BAFTA-winning fact-based drama ‘Murdered by My Boyfriend.’ He followed the part with playing numerous roles in a recurring capacity, such as Nathaniel Wilson in the British fantasy series ‘A Discovery of Witches.’ By March 2018, his being cast in ‘All American’ marked the actor’s first lead role on television as well as his US acting debut. Playing the central character required him to spend much of his time in South Central Los Angeles to imbibe the local culture, and he took it a notch up by carrying a football with him everywhere he went to ace the role.

For someone who gives out zero details about his family and background, it is no surprise that Daniel Ezra has remained equally reserved about his dating life. His social media accounts are a true reflection of precisely what he wants his fans to learn about him. Despite a massive fan following of over 1 million people on Instagram, the actor chooses to only talk about his work commitments. But with ladies from all around the world swooning over his attractive physique, it is hard to digest that there is not a special someone who proudly calls Daniel Ezra her own!

Read More: Is Samantha Logan Dating Anyone? Who is Her Boyfriend?