Daniel Green’s Murder: How Did He Die? Who Killed Him? 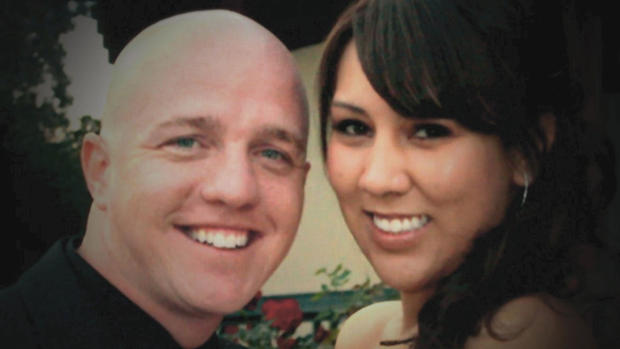 CBS’s ’48 Hours’ offers an in-depth look into intriguing crime and justice cases that touch on all aspects of the human experience. Each investigative journalism story is told with an emphasis on solving the case at its heart, which is why this newsmagazine has been able to have such a long run. Its episode, ‘The Killing of Daniel Green,’ investigates the murder of a California man who passed away just days after posting about his new girlfriend on social media.

How Did Daniel Green Die?

A California native, Daniel Green was an Exeter police officer. In 2010, he met and married Erika Sandoval, a 23-year-old aspiring nurse. It was a whirlwind romance for sure, and while it had soaring highs in its prime, it also had terrible lows, including some vicious fights and abuse, both psychological and physical. And, when it finally ended in 2013, it was a nasty battle, especially because they had welcomed their son, Aiden, into the world in January of that year. But, by 2015, Daniel had found happiness again, that is, until he was brutally murdered.

Despite having a tumultuous marriage and suffering from a nasty divorce, Daniel gave dating another shot, and, fortunately, found happiness with Brenda Vela. Just days before his death on February 6, 2015, the 31-year-old had made their relationship Instagram official, boasting about how much fun he had with her. And, within a week, he was found dead, in his home, in his bathroom, after being shot. The Exeter police officer died in his own residence, a place that was supposed to be his safe house, his haven if you will.

Erika Sandoval, Daniel Green’s ex-wife, is the one who pulled the trigger and murdered him — at least that is what Erika admitted in court at her own murder trial. A couple of days after Daniel posted the picture with Brenda, his new, younger, 20-year-old, girlfriend, he was bombarded with more than 100 text messages and phone calls from his ex-wife. And, a couple of days after that, she ambushed him at his home and shot him dead. From surveillance footage, investigators found that apart from Daniel himself, Erika was the only person to be seen going to and fro from his home around his time of death.

After Daniel’s body was found by his fellow Exeter police officer, the Tulare County Sheriff’s Office arrested Erika as a suspect, where she went on to confess to her doings. Erika had broken into his home and said that she took his duty weapon, the handgun, some ammunition, his cell phone, and his PlayStation 4 to stage a robbery. She admitted that she threw the gym bag, where she had stashed all these items, out of the window of her car on Highway 99. And, officials did find it along the highway, near a rest stop, where she could clearly be seen on video. The timestamp also proved that it was after his murder.

At her trial, Erika gave the reason. She said that she had gone to snoop around Daniel’s home that day because she was worried about her son’s living conditions. But, when she heard Daniel return home in his truck, she panicked and ran into Aiden’s room to hide in the closet. Because of their rocky relationship and history, along with the alleged child pornography that she had found, Erika said that while she was hiding, she hit her “boiling point” and “snapped.” Therefore, she stepped out of the closet, into the hallway, with one of the guns that she had found in his home.

She claims that she stood right in front of Daniel while he was on the toilet and that as soon as he saw her, he said, “I’m going to [expletive] kill you.” And, when he started getting up, she raised her arms and shot him. Erika admitted to killing Daniel on more than one occasion, but she also said that she regretted doing it right away because, after all, he was the father of her child. Still, her phone calls and her running out of the house after the murder makes people wonder if it was all preplanned and if Daniel’s photo with Brenda was the catalyst. (Featured Image Credit: Irma Sandoval / CBS News)