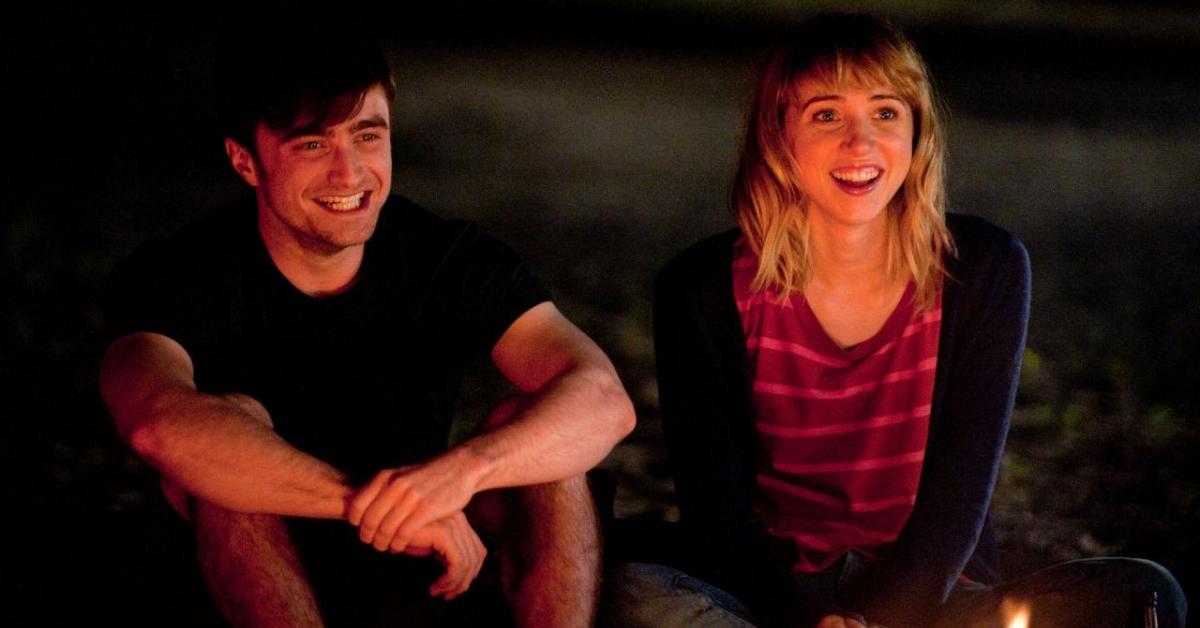 Daniel Radcliffe is not called by his own name many-a-time. That is because mostly everyone knows him as the guy who brought ‘Harry Potter’ to life. The British actor might have done many other films but this film series made him famous worldwide. Either way, he has shown his acting prowess in any film he has done till now. It has been often said that great actors show signs of their greatness at a very early stage. Starting off as a child artist and achieving true fame means that at a timid age of 28, Radcliffe has become a superstar in all aspects. His career stands as proof of his versatility and serious acting.

As you shall scan through this list, you may think that it’s mostly just his Harry Potter films competing against each other. All of the Harry Potter films have been successful but only a few have touched the critics. But I have included some other films too that I dare say, are even better. Besides, the list is more about the non-Harry Potter films which really show how he totally gets into the skins of his characters. He is the actor in demand as evident from the number of upcoming projects in his bag. Here’s the list of top Daniel Radcliffe movies selected from his impressive filmography. You can watch some of these best Daniel Radcliffe movies on Netflix, Hulu, or Amazon Prime. 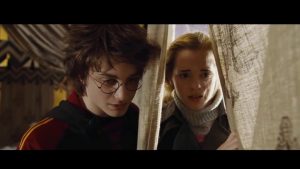 Starting off, it is the film which has been touted as the worst of all the Harry Potter films. Much of that has to be attributed to it succeeding ‘Prisoner of Azkaban’ which was a highly successful film. Needless to say, a weak screenplay and lack of a good supporting cast caused the downfall of the fourth film in the franchise. Despite being rejected by critics, the film had a good box office run and added another feather in Radcliffe’s career.

Another film which was weak in the script but did good business. I prefer to talk about the two parts together because they are more or less the same. They both broke box office records (one bettering the other) and the story just flows from one part to another. But both of them lack the special touch that the Harry Potter films are about. Even then, it was a great culmination of the franchise and we were all teary-eyed at the end as the Harry Potter theme played in the background. 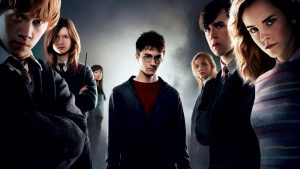 ‘Order of the Phoenix’ wasn’t bad. It’s just that when compared to the remaining films in the series, it doesn’t look that convincing. Obviously, it didn’t have a great ending but a good strong suspense-filled dark beginning compensated for it. Other than that, this film mostly became about the young Hogwarts students trying to take the matter into their own hands in the absence of Dumbledore. That is something which brought a lot of freshness in the film and excited the young fans. A good film overall, just not good enough when put beside others. 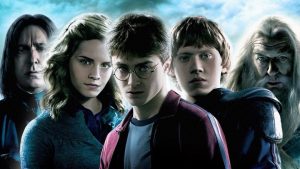 I realize that four down into the list and it has been all about Harry Potter. But since this list is purely merit-based, it has to be how it is. ‘Harry Potter and the Half-Blood Prince’ is dark and mature in its story but that’s about all that is there. In the end, Harry loses Dumbledore which starts a new phase turning all the sets of events. This film is absorbing and entertaining. That’s about all, although. 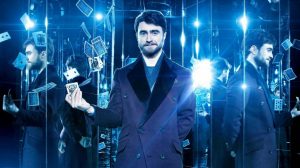 ‘Now You See Me’ is the best film on magic in the world. It was so successful that its sequel couldn’t really live up to the expectations. Still a good film, ‘Now You See Me 2’ has Daniel Radcliffe as the ruthless, intelligent villain that puts the horsemen on their knees. His character Walter Mabry, despite him not being a magician, manages to give them the tough time. The film is visually-stunning but couldn’t match its predecessor on many levels and hence, lies this low on the list. 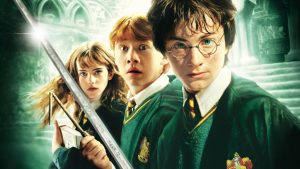 This film saw the last appearance of Richard Harris as Professor Dumbledore as he was replaced in the subsequent films. Harry returns to Hogwarts as bigger problems than last time await him. The trio again puts good performances while the screenplay is convincing enough too. It is one of the best films in the Harry Potter series and it’s weird how they didn’t get it right in most of the coming films. 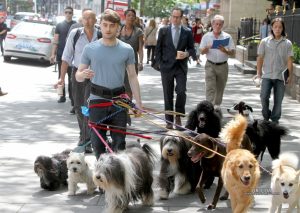 When the Amy Schumer starrer film was under production, Daniel Radcliffe was seen walking a pack of dogs in New York City, all of them attached to a harness that was tied to his waist. Many people thought it was a paparazzi stunt pulled off by the young star, which in reality, happened to be the shooting of the film ‘Trainwreck’, with Radcliffe in a cameo. He didn’t have much to do in the woman-centric film, except star as the dog walker, but the star was more than happy to lend his bit in an ensemble cast, which also boasted of WWE star John Cena, Matthew Broderick, sportscaster Marv Albert and a host of other big names in brief appearances. 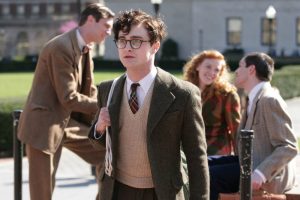 Daniel Radcliffe appeared in his first ever biographical film with John Krokidas’ debut movie and made sure he played every bit of the American poet Allen Ginsberg from the Beat Generation (a generation post WW-II, where writers strongly wrote about sexual liberation, use of psychedelic drugs, pursuit of spirituality and religious exploration, which greatly influenced American culture). Radcliffe gave an intelligently restrained performance in the movie, which highlighted a lesser-known murder case in the life of young Ginsberg, which led to a social awakening. 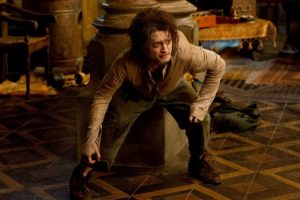 The 2015 film, starring James McAvoy and Daniel Radcliffe in the lead, was based on Mary Shelly’s oft-recreated story of Frankenstein the monster, this time telling it from the scientist’s perspective. Although the sci-fi film was a box office bomb, Radcliffe’s portrayal of Igor Straussman, the mad scientist’s hunched protégé and assistant, won him several accolades. The bromance between the leading men also lit up the screen, but the pointless twists and turns in the tale did not lead the movie anywhere close to success and it ended up being a botched up piece of work. 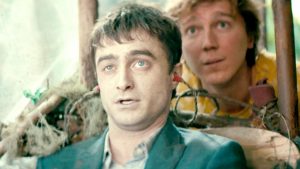 Portraying a corpse in a film is much more difficult than one thinks. Daniel Radcliffe in this film shows how it’s done. While Paul Dano and Mary Elizabeth Winstead do their roles respectfully but Radcliffe really stole the show as Manny, the corpse. The story of a depressed guy forging a friendship with a corpse is just weird but Dano and Radcliffe made sure that the film connected with the audience. 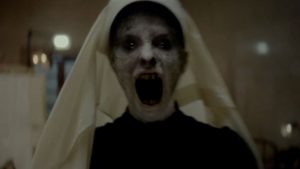 Radcliffe likes to do unusual roles as can be seen in this supernatural horror film. Starring him as a lawyer, it tells the story of the lawyer who is on the lookout for a paranormal lady in black clothes who starts meddling with people in his town. This British film which is the adaptation of a hit novel by Susan Hill, it rides mostly on Radcliffe’s shoulders and the majority of the credit for its success and good reviews should go to him. 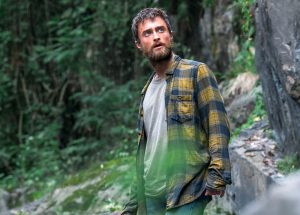 The psychological thriller, which was based on the real life story of Israeli adventure-seeker Yossi Ghinsberg, who travelled to Bolivia for a trek in the uncharted part of the Amazon rainforests, featured Daniel Radcliffe in the lead as Yossi. The true story depicted how without any survival equipment and formal training in the tactics, Yossi managed to survive in the dense rainforest for weeks together. Radcliffe brought to life Yossi’s tale of ordeal and how he survived the threats of nature, with great aplomb. His skills as an actor, along with the narrative, made for a great watch. 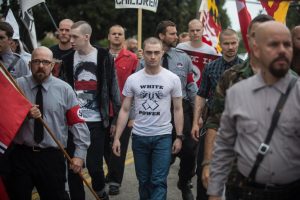 ‘Imperium’ has Radcliffe showing his versatility yet again as he takes up the role of an FBI agent trying to foil terrorist plots. The way he looks plus his acting prove to be the winning factor for the film as it became a grand success. While Sam Trammell and Tony Colette do well in their respective parts, the tense and gripping story is what attracts the audience.

This is the film where it all began. All the kids in the world were gifted with the magical world of Harry Potter and a set of beautiful events were put in place. The film not only was a blockbuster and the beginning of a new era but the perfect launch of young talented actors like Daniel Radcliffe, Emma Watson, and Rupert Grint. The casting team must have been truly visionary to be able to cast these three as they remained constant and the center of all the trouble in the wizarding world for the span of the whole series. Nothing more that a kid like me could have asked for. 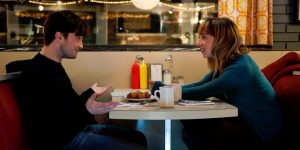 The breezy Canadian rom-com, which was released in most parts of the world under the title ‘What If?’ and in Canada as ‘The F Word’, had a pair of besties, who start to develop feelings for each other over the course of time. The film saw Daniel Radcliffe as a shy medical school dropout, who has had a string of failed relationships in the past and who starts to draw close to a girl he has met through a friend. Circumstances force the twosome to stick together all the time, yet never confess their feelings to each other. The movie was one of Radcliffe’s cutest performances and he played the role of a guy in love with his best friend, with utmost sincerity and maturity. 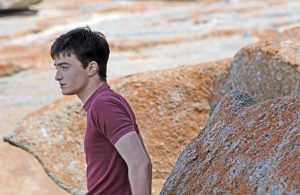 In this Australian coming-of-age drama movie, Daniel Radcliffe plays an orphaned child. The movie highlights the story of four orphan boys, all born in December, whose lives change, when on a Christmas holiday, they are sent to a beach to stay with a couple. As the story unfolds, the film delves deeper into the timeless themes of love, friendship and the importance of a family, which struck a chord with the audience. The movie was Radcliffe’s first major role (although not a solo-hero film), where he did not appear in his cloak, did not wear glasses and did not wield the magic wand! 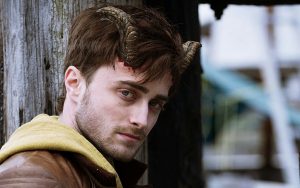 Daniel Radcliffe, who played the iconic boy wizard, appeared in a dark fantasy movie directed by Alexandre Aja, which was loosely based on Joe Hill’s novel of the same name. The mystery film featured Radcliffe as a young man, who has horn-like protrusions on his head overnight, the magical powers of which make people reveal their darkest secrets to him. He then uses this demonic power to hunt down his girlfriend’s murderer, which forms the climax of the film. Though the movie was visually spectacular, it lacked strength in the narrative, which was one of the reasons it did not go down well with fans. Radcliffe had never played a role like this one before and was quite appreciated in a dark fairytale-esqe role.

When the Harry Potter franchise was launched in 2001, it was seen as a set of movies solely for the kids. The challenge was to add maturity to the story as the characters grew. That is where the third installment proves to be the best of them all. You see the three leads as much more matured (Except for Ron, of course) but you also see a complete shift in the story as new allies to Harry are introduced. I believe that adding the dark character of Sirius Black and then putting him on Harry’s side was a particularly wise move as a godfather was all that his character needed. Needless to say, Daniel Radcliffe excels his role as he always does and makes this film a worthwhile watch.