Danielle Miller: Where is the Con Artist Now? 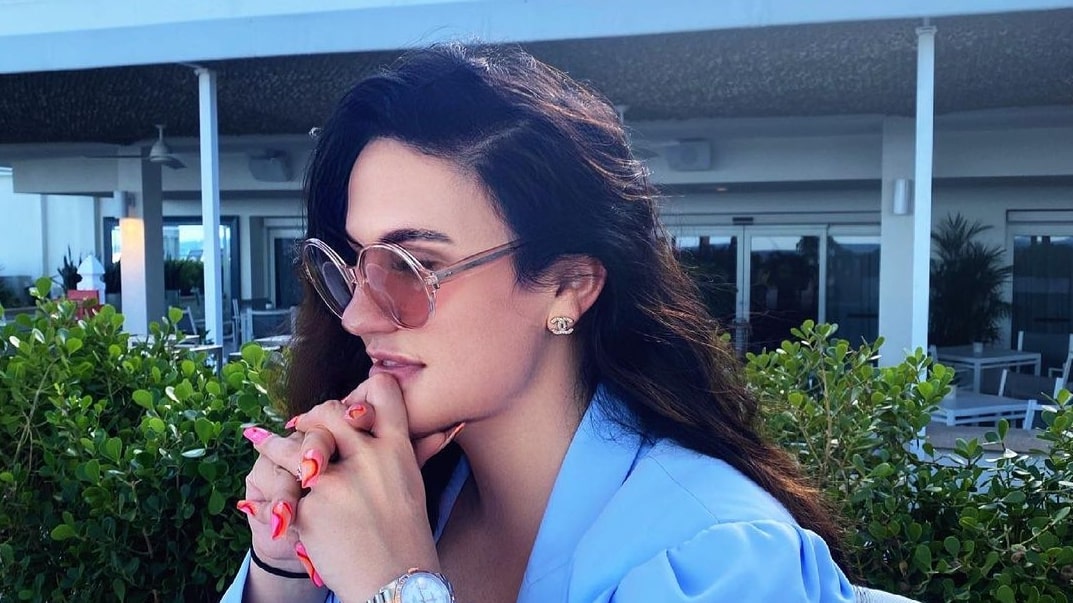 While there’s no denying financial frauds are arguably the worst kind of offenses due to their sheer personal, professional, and emotional impacts, they are unfortunately also the most prevalent. In fact, just some examples in recent years are of Anna Delvey (‘Inventing Anna‘), Bernie Madoff (‘Wizard of Lies’/’Madoff: The Monster of Wall Street’), and Danielle Miller (‘Queen of the Con’ podcast). Yet for now, if you just wish to learn more about the latter in particular — with a specific focus on her past, her alleged crimes, as well as her current standing — we’ve got the details for you.

Who is Danielle Miller?

Although Danielle was born into affluence and grew up in an apartment building a block away from Central Park in New York, she has admittedly spent most of her life trying to be anyone but herself. That’s because she was just a young teenager in the eighth grade, attending the renowned Horace Mann private, independent school in the Bronx when she learned the world could be a cruel place. The then 13 or 14-year-old had actually made explicit videos featuring a Swiffer mop for the boy she liked once he dared her to prove she wasn’t a “prude,” unaware that he’d share them.

Danielle thus became known as “Swiffer Girl” not just in school but also across the nation, especially since her case was amongst the first to shed light upon the whole concept of revenge porn. The fact it was 2004 and moneyed youngsters like Britney Spears, Lindsay Lohan, and Paris Hilton were all sadly already being hypersexualized in the open by the media did not help her either. Therefore, by the time the daughter of estate attorney Michael Miller and former Radio City Rockette Cindy Miller reached ninth grade, the shaming had driven her to part ways with her “nice girl” identity.

Danielle reportedly got a fake ID and went along with the wild image being built of her, all the while using lies regarding petty matters to essentially live “in a never-ending ‘Gossip Girl’ episode.” Nonetheless, she still managed to graduate from school as well as from Arizona State University (in 2012) before relocating to Los Angeles, California, where everything turned upside down once again. After all, that’s when the young adult allegedly began employing her innate charm to fall into local high society, steal from new and old friends alike, and misuse any possible positive opportunity offered.

It appeared as if things were changing in 2016 as Danielle managed to enroll at Pepperdine Caruso School of Law prior to landing an internship for a New York justice, yet she soon fell back into old habits. She hence found herself spiraling out of control, resulting in multiple arrests on a myriad of different charges over the years and a few consequent stints at local county jails as well as at Rikers.

According to reports, in 2020, Danielle ostensibly used a woman’s card to take over her AT&T account before renting a Jaguar, driving to Sarasota in Florida, and trying to withdraw $8,000 from her account. The same year, she seemingly even applied for at least ten loans from the Small Business Association by exploiting several other stolen identities, some of which were actually granted for a sum total of $1 million. The fact she often showed off her lavish lifestyle on social media platforms during this period despite having no stable job or contact with her parents anymore also indicated she was not leading an honest life.

Where is Danielle Miller Now?

It was in the summer of 2021 when Danielle, recovering from a Brazilian butt-lift surgery in Miami, was apprehended for good on three federal counts of financial wire fraud and two counts of aggravated identity theft in connection to the Florida bank scam. However, one of the worst aspects of the entire matter is that she utilized these federal loans/covid relief funds for nothing more than plane tickets, luxury hotel stays, as well as shopping sprees for designer goods.

The New York native was subsequently placed on house arrest pending trial, and in October 2022, a Sarasota judge sentenced her to five years for the initial 2020 identity theft case. We should mention Danielle, who has since admittedly characterized herself as a con artist, still faces other charges which could land her behind bars for decades — a single count of wire fraud alone carries up to 20 years, plus a $250,000 fine. As for her whereabouts, from what we can tell, the 33-year-old is currently out of the State Department of Corrections’ custody by court order, meaning she won’t be transferred to prison until a majority of the case against her is closed.

Read More: Where is Anna Sorokin aka Anna Delvey Now? Is She Still in Jail?