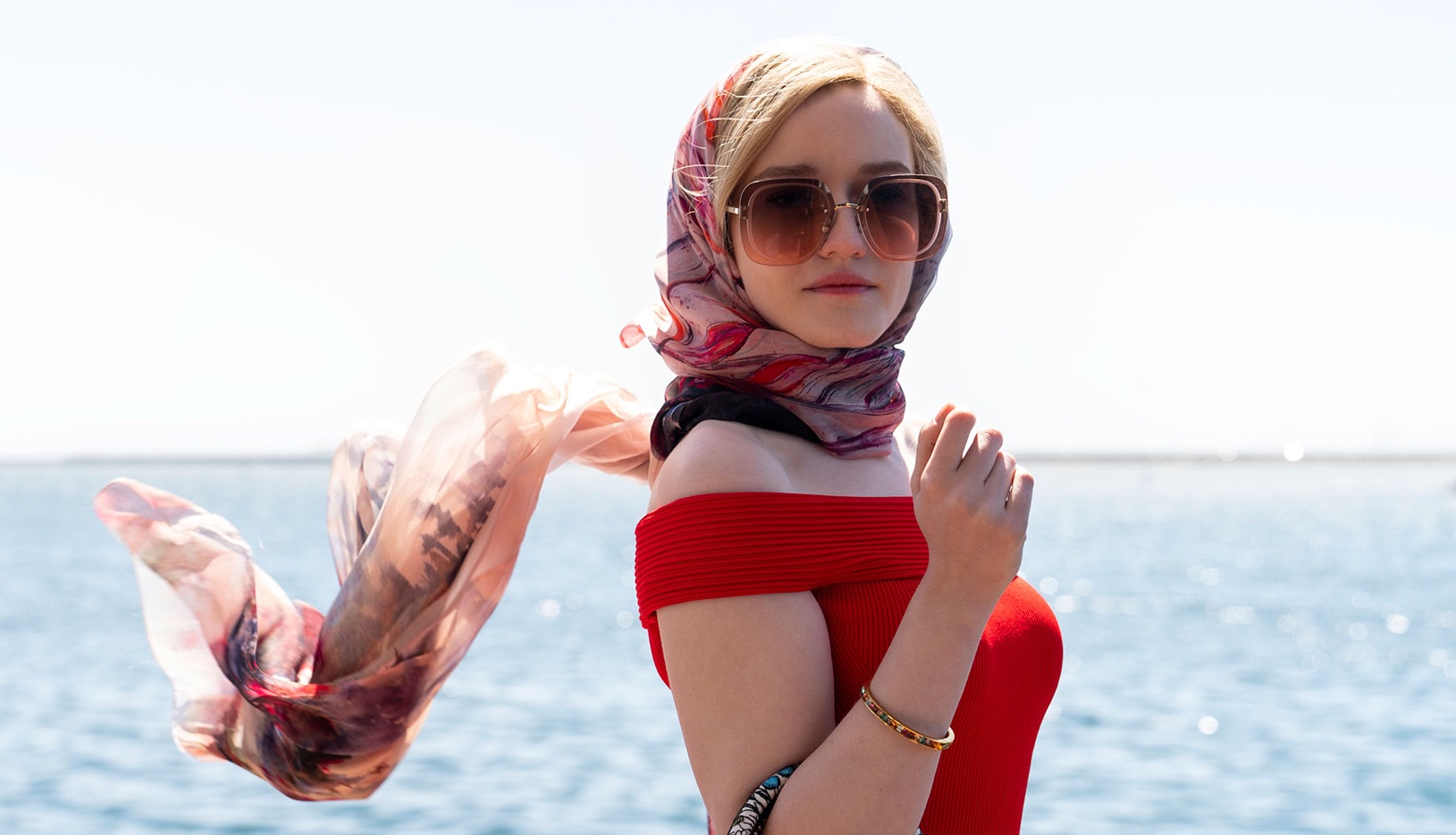 Netflix’s miniseries ‘Inventing Anna‘ follows the remarkable story of Anna Sorokin, aka Ana Delvey, a young socialite who climbs to the upper echelons of New York’s elite. Except, Anna Delvey is not really the wealthy German heiress she claims to be.

The titular character’s outrageous schemes and opulent lifestyle form a social whirlpool, entrapping various wealthy individuals and institutions that get unwittingly pulled in with her charm. Anna’s meteoric rise is accompanied by an equally dramatic fall, and a dogged journalist trying to uncover the mysterious socialite’s secrets forms an intriguing parallel narrative. The end is a flurry of activity, so we thought we’d help untangle some of the finer details of the ‘Inventing Anna’ finale. Let’s dive in. SPOILERS AHEAD.

The story opens with Anna Sorokin, 26, being convicted of multiple larceny charges. Vivian Kent, a journalist for the Manhattan Magazine, hears about the various New York financial institutions that Anna duped and becomes curious about the young socialite’s story. She finally gets a meeting with Anna, who is being held at Rikers Correctional Center, but the interview raises more questions than answers. Determined to find out more (and not do the generic story she’s been assigned at work), Vivian begins using photographs posted on social media to track down Anna’s closest associates.

Bit by bit, the surreal tale reveals how Anna almost got a loan for $40 million from Fortress, one of the city’s elite banks. As Vivan interviews people and pieces together her subject’s recent past, we see Anna Delvey’s whirlwind life in New York high society through detailed flashbacks. Her associates all claim different sources for her family’s wealth, from her father being a Russian oligarch to her family owning many priceless antiques. Surrounded by artists and celebrity friends and being hosted by a wealthy designer, Anna begins to formulate the idea for a private members-only art club in the heart of New York. Soon, she hires the services of well-known restauranteurs, architects, and financial advisors, making her project seem convincingly legitimate.

However, those closest to Anna begin to get suspicious when she refuses to reveal her shadowy past, leading to her falling out with many of her old fashionista and celebrity friends. Our heroine now shifts her focus to the city’s bankers, requiring a substantial $40 million for her art club project. She hires the services of Alan Reed, a well-known face in the financial world, further raising her perceived legitimacy. A string of unpaid bills, however, follow Anna, and her friends Neff, Rachel, and Kacy all end up paying various amounts on separate occasions when the apparent German heiress’ wire transfers mysteriously refuse to go through.

Slowly, the intricate web created by Anna begins to fall apart as an increasing number of debtors (including Alan Reed) begin to suspect that she is a fraud. The banks delay the processing of her loan, wanting to investigate her further. Finally, she is arrested after a hotel files a police complaint against her. Awaiting trial, Anna insists on hiring a stylist for the proceedings. Her lawyer, Todd Spodek, fights valiantly for his client but is also repeatedly exasperated by her outrageous demands. Finally, the trial ends, and despite some of the major charges against her dropped, Anna is convicted and faces prison.

Vivian Kent gets much-deserved praise and publicity for her coverage of Anna’s story. Initially skeptical of the story, her superiors at Manhattan Magazine congratulate her and excitedly discuss a follow-up piece, saying she can have an office if she wants. However, her conversations with Anna and uncovering the remarkable story changes Vivian. The series closes with her lamenting that the enterprising young woman could now spend many years in prison.

And so, Anna does go to prison. Though some of her major charges (including ones involving the fraudulent $40 million loan) are dropped, she is still charged with larceny and is convicted for up to twelve years in prison. The closing episode shows a fascinating side of the titular character. While her lawyer, Todd, attempts to convince the jury that Anna was nowhere close to being able to get the load, the young socialite wants people to know that she actually almost pulled it off. It almost appears like Anna is fine with going to prison as long as she is not considered just a “dumb socialite.”

Thus, in the end, Todd is able to clear Anna from her biggest charge. However, the judge and jury also recognize that the young woman is highly adept at manipulating people, and therefore she gets a substantial prison sentence. It is left unclear on the show whether Anna gets the entire twelve-year sentence or that her prison time is reduced — here is what actually happened. However, we do know for sure that Anna goes to prison, and Vivian even laments that if the young woman gets twelve years in prison, she’ll be forty by the time she is released.

What Happens to Vivian Kent?

Vivian Kent doggedly struggles for most of the narrative, trying to outrun a scandal that seems to have stained her career. Through fragmented conversations, we learn of how Vivian was fired by Bloomberg after one of her interviewees claimed she fed him questions just to get a juicy story. Relegated to doing a routine story, Vivian thinks of Anna’s story as her chance to fix her journalistic reputation and even follows the trail all the way to Germany.

Vivian’s article on Anna gets four million unique impressions, the highest her magazine has ever gotten. However, in a poetic and ironic twist, the show closes with her feeling worse than ever, even though her reputation is intact. Despite her superiors recommending a follow-up story, Vivian feels pained by Anna’s fate. Having gotten to know just how capable the young woman is, the journalist is saddened by the wasted talent. Vivian, like Todd, thinks Anna could have avoided prison and is crushed when she learns that the young woman might spend the next twelve years incarcerated.

What Happens to the Anna Delvey Foundation?

The Anna Delvey Foundation (or ADF) is what Anna plans to call her exclusive art club. She rallies multiple well-known names to support her project and is praised for her ambition. When her proposed investors plan on going to Germany to check on the assets she claims to have, Anna shifts tactics and applies for a loan. Of course, she also tells everyone that her (nonexistent) 60 million euro trust fund is going to help secure the project.

In the end, with bills piling up and after being abandoned by her friends, Anna is arrested. Of course, once it becomes news that she is a fraud, her projects and foundation, in general, lose all credibility. Anna spun ADF out of thin air the first time around and could do it again with another enterprise if she got the chance. However, all hopes for ADF in New York as Anna envisioned are well and truly destroyed by her dramatic fall from public grace.

Read More: Where is Anna’s Accent From in Inventing Anna? Where is She Originally From?