Where is Anna’s Accent From in Inventing Anna? Where is She Originally From?

Netflix’s miniseries ‘Inventing Anna’ follows the bizarre tale of Anna Sorokin — aka Anna Delvey — who sneaks her way into New York high society by claiming to be a wealthy German heiress. The mysterious socialite leaves a trail of unpaid bills even as she charms bankers and brand owners with her strangely European lilt.

Anna Delvey makes for a fascinating titular character, and watching her past being slowly pieced together by a journalist named Vivian Kent makes for very intriguing viewing. Anna’s accent is a constant reminder of her opaque past, and its peculiarity is often pointed out. Are you wondering where Anna’s accent in ‘Inventing Anna’ comes from? We’ve got the story! SPOILERS AHEAD.

Where is Anna’s Accent from in Inventing Anna?

Much like the real Anna Sorokin’s accent was a bit of a talking point, the accent sported by Julia Garner’s rendition of the “SoHo Grifter” initially left viewers quite surprised. In fact, Garner reportedly told people to go and listen to the actual accent on YouTube when they refused to believe the real Anna spoke like that. 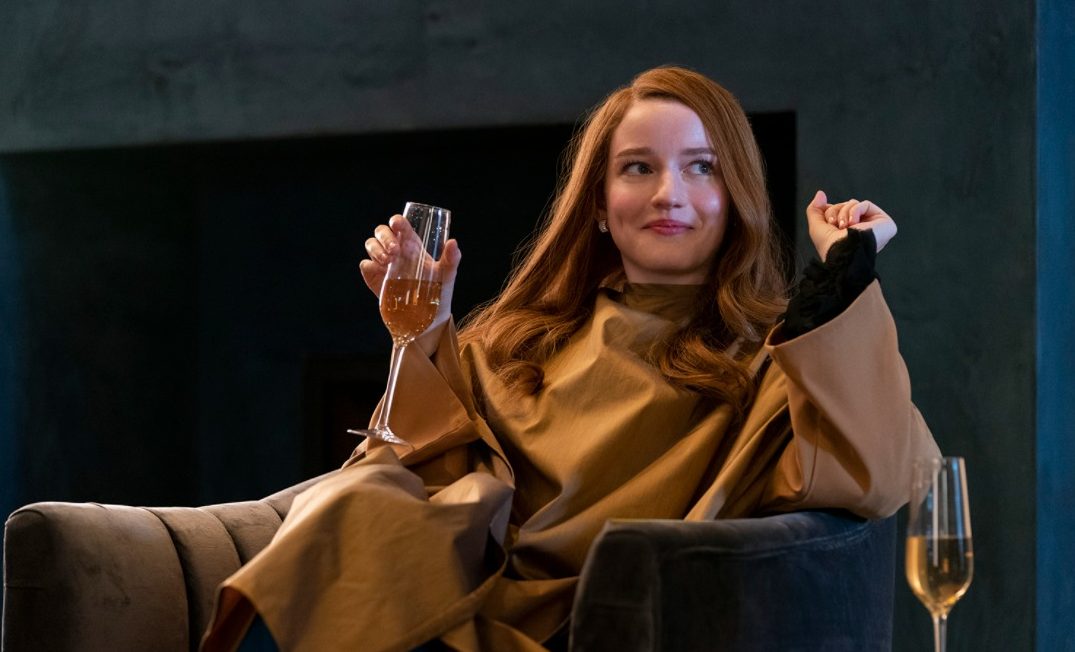 According to Neffatari Davis, Anna’s acquaintance who is also a consultant on the Netflix miniseries, Anna’s blended accent results from her having to be so many people at the same time. This seemingly refers to the socialite’s varied backstories to explain her origins and source of wealth — from her father being in the oil business to her family owning a collection of antiques. Sometimes Anna claimed to be Russian. Other times she said she was German.

In recreating her style of talking, Garner actually visited Anna at the Albion Correctional Facility in New York and also watched hours of interview footage, trying to understand all the vocal nuances. In explaining how she executed the accent, Garner explained how Anna’s Russian and German connections were both layered into the speech, as well as the fact that Anna then learned English (seemingly in Europe).

When Anna came to the US, the already heavily layered accent also picked up an American twang! Thus, it comes as no surprise that Garner describes it as the hardest accent she has ever had to do. However, the actress also understood that the accent was the key to getting Anna’s character right and researched the talking style extensively before filming began.

Where is Anna Originally From?

According to reports, Anna Sorokin was born in 1991 in Russia and moved to Germany in 2007, where she attended school in the town of Eschweiler, near Cologne. Interestingly, according to her former classmates, Anna’s command of German was tenuous. This is also hinted briefly on the show, when an awkward moment arises after Anna, claiming to be German, is stumped when asked about Germany.

Thus, the real Anna has actually lived in multiple countries and seems to have a blended accent as a result. Garner, having delved into recreating the accent at an incredibly detailed level, also revealed how during emotional scenes (or other instances when a person’s “real colors” come out), she would revert to her character using a heavier Russian accent due to Anna’s Russian origins.

Interestingly, a New York Times article published after the show’s release featured Anna’s reaction to Garner’s efforts. Incarcerated at the time, Anna said that it would be very difficult to place the accent Garner bestowed on her rendition of the “SoHo Grifter.” In a way, Anna acknowledged, the actress got the accent right.