Danna Richards From Love Without Borders: Everything We Know 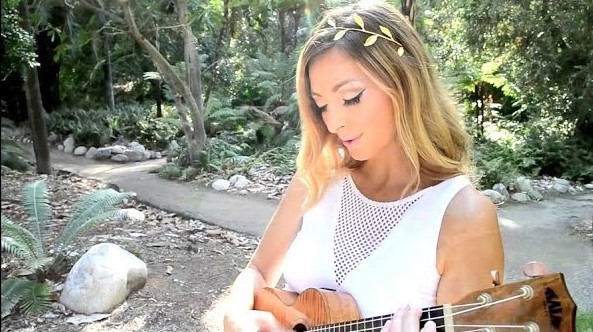 Finding a soulmate is indeed a daunting task, especially when you feel there’s no one for you in your country. Bravo TV’s ‘Love Without Borders’ is a dating reality series that gives finding true love a whole new definition. It features five singles who do not think their perfect partner might live just down the road. The show takes the participants to a different country, where they get to interact and hopefully fall in love with a stranger. These strangers are meticulously chosen by experts who believe that strangers living outside the United States would be the perfect match for the cast members of the show.

Danna Richards is one of the individuals introduced to viewers during season 1 of the reality dating show. She joined the show after becoming aware of the difficulty of finding love in her hometown. Danna, who was seeking happiness and love, chose to place her trust in the show when it seemed she had tried everything in her town. Naturally, the admirers of the TV personality are eager to explore more about her life, and we are here to share everything we know!

Hailing from Livingston, Montana, Danna Richards is quite close to her family. She currently lives on the road breathing in the air of adventurous life in her retrofitted Sprinter Van. The star was born on August 8, 1985, and is in her late 30s. She is very close to her brother Alex and considers her aunt her idol in life. In October 2021, Danna lost her grandfather, whom she was very close to, and grieved his passing.

Her family is super proud of this incredibly talented star. However, Danna has hinted that her father might not be completely on board with the idea that she has to leave her hometown and travel overseas. After completing her high school education, the star joined Berklee College of Music in Boston, Massachusetts, where she pursued a degree in music, particularly songwriting, from 2005 to 2010.

The star found her passion for music and completed her degree in music from Berklee College of Music, where she has been working as a Front Desk Supervisor for over a decade since September 2010. Danna is a celebrity on YouTube. Her personal channel, wherein she shares tips, tricks and experiences of living life as a solo female van lifer, has a major following of 59k subscribers. She also has a channel dedicated to music; on Danna Richards’ Music, she showcased her skills by uploading covers, daily jams, and some official original songs.

For her ‘My Nine To Five’ YouTube project, the talented musician and songwriter used to upload one song every day for a year. Talking about it, Danna wrote, “In addition to my ‘real’ job, I am writing/recording and posting one song a day for a year. I am working a job that has nothing to do with my area of interest or skills and I though … ‘Why not just starting doing what I want to do everyday?’ whether I get paid or not. So my second full time job is ‘My Nine to Five.’ However, it has remained inactive for a few years now.

Danna’s consistency, hard work, and determination have garnered her quite the attention she deserves as an artist. She creates her music on the piano, acoustic guitar, and ukulele. When she is not making treats for the ears, Danna is busy living her free-spirited life. She has traveled across Nevada, Oregon, Washington, Arizona, Utah, and California while traveling the nation.

Is Danna Richards Dating Anyone?

When it comes to love, all of us are ready to make some hard decisions that require making compromises. This is exactly what Danna aimed to do on ‘Love Without Borders.’ She is ready to settle down and leave her life on the road. On the show, the star was paired with a handsome entrepreneur and regenerative farmer, Brian Dilleen, who hails from Oranmore, Republic of Ireland. He is the owner of Mad Yolk Farms, an ethical farm that doesn’t employ any digging methods to protect the land or ecosystem. 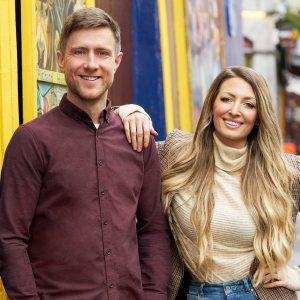 Though the pair seemed like the perfect match on the show, they have kept the details about their current standing brushed under the carpet. However, nothing can be said with certainty unless they release an official statement. From what we can tell, it doesn’t look like Danna and Brian are together.

Read More: Love Without Borders’ Aaron Motacek: Everything We Know