‘Dark Winds’ is a crime thriller that follows the investigation into a double homicide and a bank robbery. It is a layered mystery that makes you pay attention to every detail. It demands the audience’s complete focus because what seemed trivial previously might turn out to be important in the next episode. Every character and every storyline has a depth that makes you look twice. In its third episode, the show reveals some secrets to the audience while posing many more questions. Here we analyze the events of ‘Dark Winds’ Episode 3 and see what it means for the investigation.

The third episode of ‘Dark Winds’ begins with Devoted Dan. It turns out that he has been consorting with the robbers, helping them clean the heist money. It is also revealed that it is the robbers who are the new owners of the drill site where Joe’s son died. They’d been getting the money around through the cactus paintings made by Wanda, who works with Lester at the shop. When one of the paintings is bought by the Mormon family, the robbers track them down and kidnap them.

Leaphorn and Chee employ Raymond’s help in diving into the lake and finding out if the helicopter is still at its bottom. Meanwhile, Bernadette discovers a bill from Lester’s shop. She finds out that the painting had something to do with the Mormon kidnapping. When she and Chee ask Wanda about it, she lies, which raises their suspicion. Father Benjamin discovers that the cops know about the painting, which makes him very cautious about whom to trust.

Leaphorn’s niece’s Kinaalda is celebrated, and it times with the release of Tso and Anna’s bodies. Whitover confirms that the double murder has been closed, which doesn’t surprise Leaphorn. He brings the bodies back home and they receive a proper burial. While Lester gives an important tip to Leaphorn about Father Benjamin, Chee and Bernadette develop feelings for each other.

The third episode of ‘Dark Winds’ reveals a lot of things to the audience. It gives us more insight into the way the robbers operate. They have a lot of pawns in the play, which is why perhaps they are also a little distrustful of each other. This is revealed when Wanda bears the brunt of being a rat after the cops find out about the cactus painting. Benjamin is wary of her and decides to be cautious, just in case. This is when another piece of the puzzle comes into the picture.

Leaphorn and Manuelito had been suspicious of Sally’s family, especially her mother, Ada, from the beginning. Their suspicions are turned right when we see her casting a spell on Wanda, using the same hair clip that Benjamin had taken from her. After Ada buries the clip, we see Wanda getting bitten by a poisonous spider and dying. This could simply be a coincidence, considering Leaphorn and Lester’s conversation about avoiding getting bitten by a black widow. As it is a common talking point, it means that anyone could get bitten by a poisonous spider.

However, the timing of Wanda getting bitten and Ada putting a spell on her is very interesting. ‘Dark Winds’ has indulged its supernatural elements, even if keeping them at enough distance to let the audience wonder if any of it is real or not. The show carves a fine line while dealing with the things that would otherwise be shrugged off as superstition. Cleverly, it also tackles the topic of being tagged a witch through Chee’s backstory. He tells Bernadette that he and his mother were driven out of town after someone spread lies about her being a witch. This conversation brings a balance to the word “witch”, where we find someone being framed for it and another person actually acting like one. Again, this conflicting view leaves the audience wondering if it’s a real thing in the show or not. 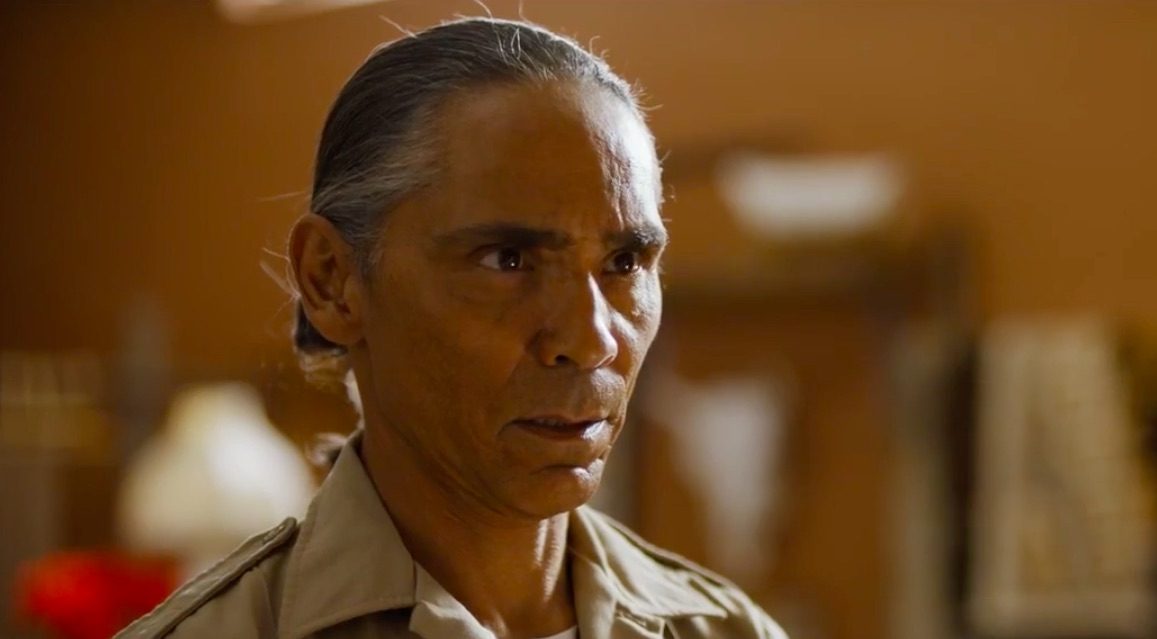 Suspicious of Ada, Leaphorn asks Emma to stay close to Sally and find out whatever she can from the young girl. Emma’s efforts prove fruitful when Sally gives her a name: Frank Nakai. This revelation is prompted by the appearance of Father Benjamin, who arrives as the Kinaalda to thank Leaphorn for burying his uncle. Benjamin knows Sally too, though their exact connection remains to be seen. Since we know that Ada and Benjamin work together, it could be that Sally saw him with her mother. However, the way she panicked after seeing him, there is definitely something much more going on here.

While the case seems to be getting more complicated by the day, there is one thing that turns out right after all. After being in the water for a long time, Raymond finally digs out something. He finds a bag and a helmet inside it, which is enough to prove that the helicopter is in fact at the bottom of the lake. In the same vein, Leaphorn finds out about the letter that Tso had written for Father Benjamin, with the address marked for Italy. But Tso never posted it, so what made Benjamin come all the way from Florence, Italy to Navajo Nation, Utah? The episode lingers on this for awhile, leaving the mystery to be answered in the following episodes.