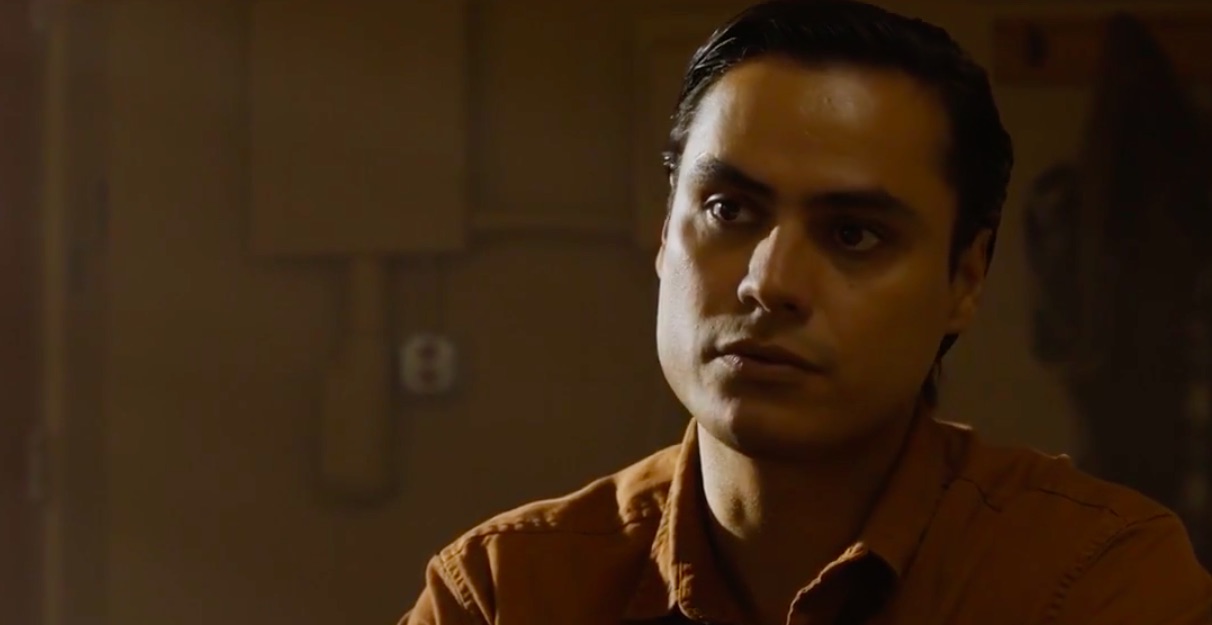 ‘Dark Winds’ follows the investigation into a double murder and its tie-in with a bank robbery. The show starts as a slow burn, but with every episode, the plot picks pace and soon different pieces of the picture start to come together. It is clear by the fifth episode that no character is without use in the show. Every subplot and side character serves a purpose, and every small thing counts toward something big. With just one more episode left in the season, here’s what you should know about the events of its penultimate chapter. SPOILERS AHEAD 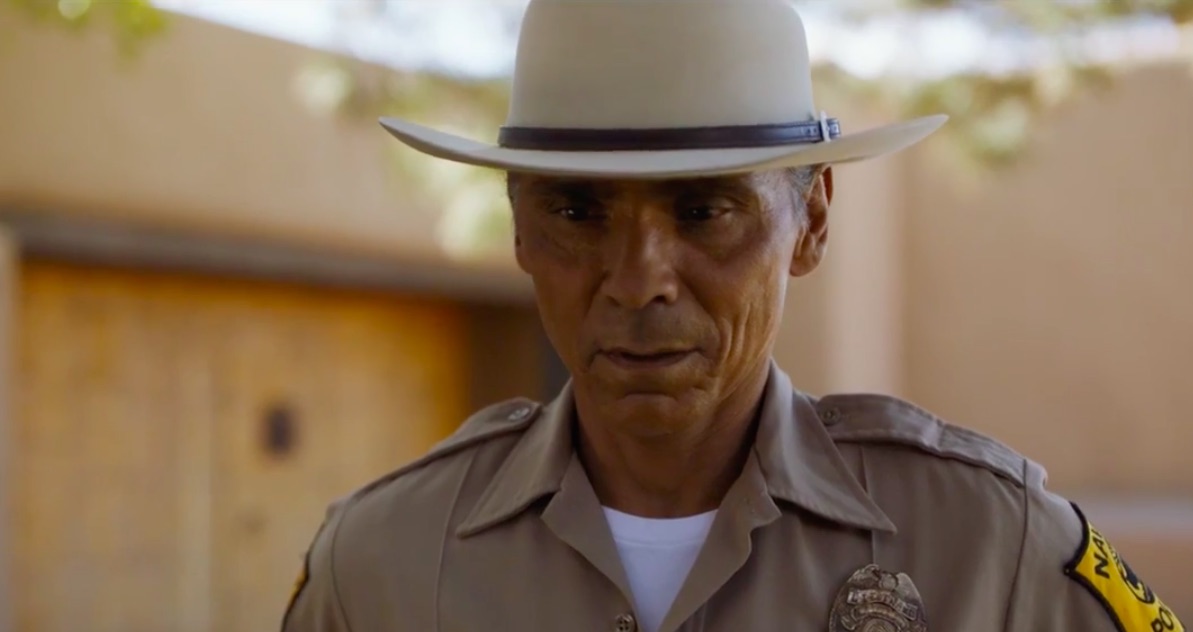 With Frank Nakai in custody, Joe Leaphorn and Agent Whitover arrive at a conflict of interest. Whitover wants to take him into the FBI’s custody, but Leaphorn is still seeking some answers related to Anna and Hosteen’s murder. He buys some time for himself by telling Whitover to come back with a warrant. Meanwhile, he interrogates Nakai, who tells him that the dig site is the reason all this is happening.

Leaphorn goes back to Guy to ask him about the day of the explosion and discovers that problems had started surfacing there sometime before the tragedy took place. It turns out that they’d found uranium down there. This leads the officer to have a meeting with Vines, the new owner of the site, and find out more about the Buffalo society.

Back at the station, Nakai is broken out of jail by Ada, who uses black magic to render Bernadette unconscious. When the officer wakes up, she not only finds the prisoner missing but also notices a white streak in her hair, like the one found in Anna’s hair. Despite her fears, she confronts Ada at her house. The scuffle between them results in the burning down of the house as well as the breaking down of Ada’s black magic.

Realizing that Whitover had been lying to them this whole time, Chee phones the station to warn Leaphorn and Bernadette. When no one picks up, he heads there himself. Meanwhile, Leaphorn discovers that the father of Sally’s baby is James Tso. She didn’t tell anyone about this because she was ashamed, as James is also her mother’s boyfriend.

Nakai finds his way to Tso, but he is troubled by the fact that too many Dine have already died because of them. He asks Tso if he killed his own grandfather and if he had anything to do with Anna’s death as well. Having seen him kill so many people by now, Nakai knows that James is very capable of stooping to that level. However, James tells him not to trust the cops and to stick to the plan.

Leaphorn follows Nakai’s trail from Tso’s place and discovers their hiding spot. While he prepares himself for the attack, Bernadette heads his way along with Whitover, who’d arrived at the station with a warrant for Nakai. Bernadette also discovers that Wanda has woken up from her coma and is ready to tell everything to the police. 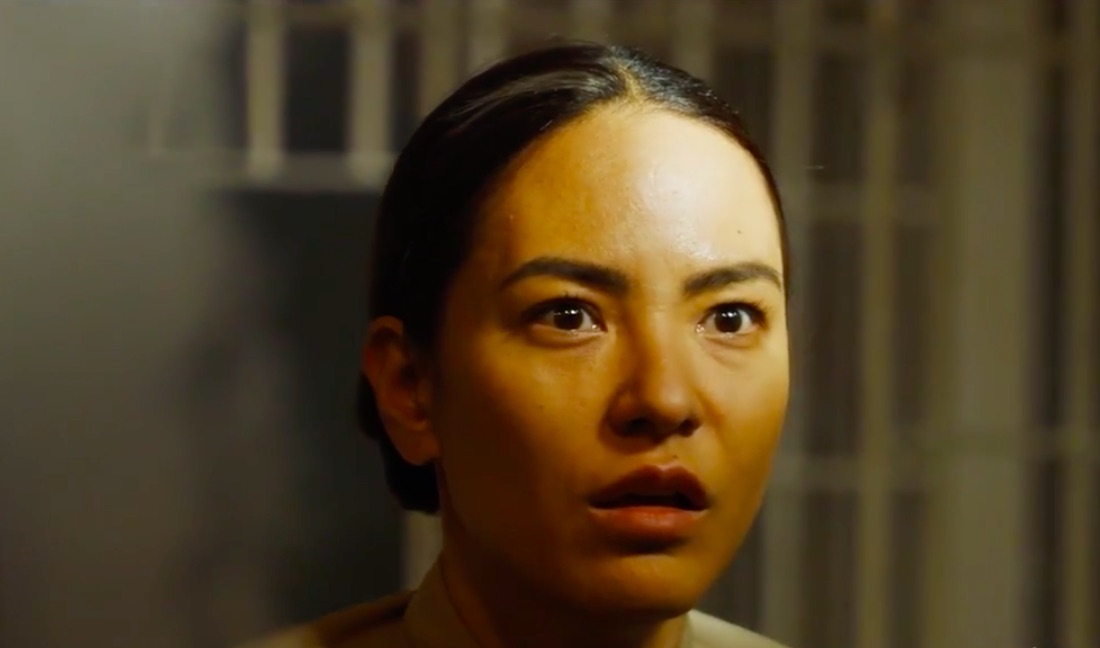 Converging all its character towards what is certainly going to be an action-packed showdown, the show leaves the mystery (or at least, some part of it) of the double murder for the final episode. It is clear that James had a hand in what happened to his grandfather. The white streak on Anna’s hair, which also appeared on Bernadette’s, proves that Ada is also involved in this case, and she might as well be the real murderer. Though James doesn’t confess to Nakai, he doesn’t exactly refute him either. Though why he had gouged out Hosteen’s eyes is yet to be known. He usually sticks to a bullet-in-the-head approach.

This episode also gives some clarity to the use and effect of black magic. It was established early on that Ada is a witch and everyone in Navajo Nation believes in black magic. But the extent of her power is truly exhibited in this episode, especially with the sudden appearance and disappearance of the white streak on Bernadette’s hair. She could have died if she hadn’t retrieved and destroyed the strand of hair that Ada was keeping in a jar. When her house is destroyed, the other things that she’d used to put spells on people are destroyed too. And as soon as that happens, Wanda wakes up.

Wanda is ready to tell the entire story to the cops, and she does know a lot. If her statement is taken in time, it means that the cops will discover Nakai and Tso’s secret place and also save the Mormon family, who, hopefully, haven’t yet died of hunger or something else. But before the saving part arrives, the police officers will have to survive the showdown that is clearly in the cards.

Read More: What is the Buffalo Society in Dark Winds? Is it a Real Organization?