Darksiders Genesis: Everything We Know 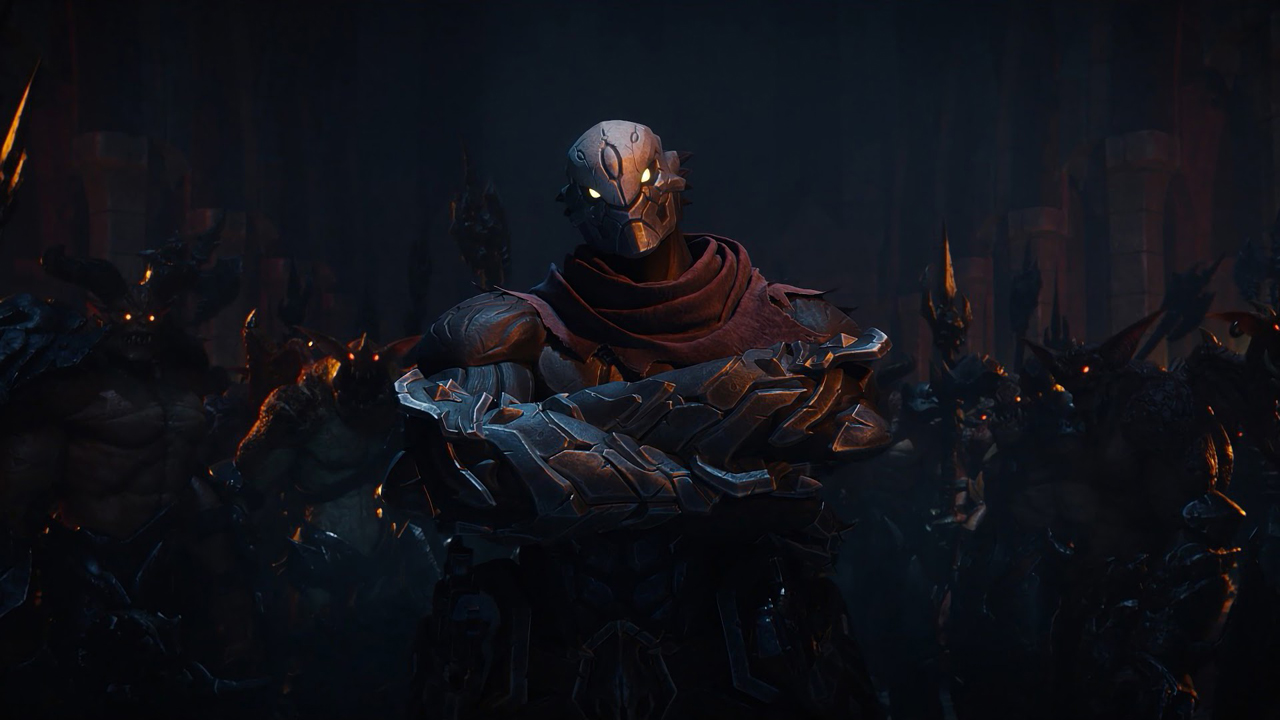 The ‘Darksiders’ franchise is one of those games that has always managed to be on the cusp of greatness, yet has never quite managed to attain it. The franchise kicked off at the start of the decade in 2010 with the original ‘Darksiders’, which was received fairly well but lacked a certain amount of polish and nous.

A second game ‘Darksiders II’ came out in 2012 and greatly improved on the first, with a more fleshed-out storyline and an arguably cooler protagonist. However, the franchise failed to capitalize on this in time, taking six years to release ‘Darksiders III’. The game was met with lukewarm critical and commercial reception and many feared for the future of the franchise.

However, the series still has legs and the upcoming ‘Darksiders Genesis’ is hoping to turn its fortunes around. Read on to find out everything we know about the latest entry in the epic hack and slash franchise with a story of biblical proportions.

Darksiders Genesis Gameplay: What to Expect?

The new ‘Darksiders Genesis’ departs from the traditional franchise formula in a number of ways, the first of which is having two controllable protagonists – War and Strife. The plotline is a prequel to the events of the first game and follows the two Horsemen as they embark on their latest assignment given by The Charred Council. The Prince of Hell, Lucifer has set in motion a devious plan that threatens to unravel all of creation by granting immense power to the Master Demons of Hell and thereby destroying the balance that governs the universe.

While the plot of the game is very similar in tone to the previous games in the franchise, the gameplay in ‘Darksiders Genesis’ is markedly different. It is still a hack and slash game, with platforming elements and puzzles to solve, but the perspective has been changed from a behind the shoulder third-person view to third-person top-down view.

You gain control of both War and Strife, and you can alternate between the two characters anytime during the gameplay. War is adept at melee combat and wields his signature blade Chaos Eater for massive damage output. He also possesses a long-range Vorpal Blade which gives him some ranged capabilities.

On the other hand, Strife is a ranged expert, with a long-distance gun that uses various kinds of ammunition. He is also capable of a debilitating melee attack if the combat gets too up close and personal. Both characters feature a Ghost Hook, which is basically a grappling gun that facilitates the game’s platforming sections while also providing another option while in combat.

The progression system of the game utilizes Creature Cores, which are dropped upon defeating enemies. Broadly speaking, there are three types of Creature Cores – Attack, Wrath, and Health. These can help unlock powerful new abilities as well as upgrades.

Another big change is the addition of cooperative play to the franchise for the first time ever. Now you can play through the entire story campaign with another friend in co-op mode, with one player taking control of War while the other controls Strife.

Darksiders Genesis Developers: Who Are the People Behind It?

Their first studio project was the turn-based Role Playing Game (RPG) ‘Battle Chasers: Nightwar’, which first came out in 2017 for the Nintendo Switch but has since made its way to Linux, Android and iOS as well.

Darksiders Genesis Release Date: When and Where Can I Play It?

‘Darksiders Genesis’ can already be played on Microsoft Windows and the Google Stadia video game streaming service, since it has released for these platforms on December 5, 2019. The game is also set to launch for Nintendo Switch, PlayStation 4 and Xbox One on February 14, 2020.

The ‘Darksiders’ games take place in a post-apocalyptic world where mankind is no more and Angels battle Demons for control of the Earth. Specifically, the series has always focused on one of the Four Horsemen of the Apocalypse – War, Death, Fury, and Strife.

The first ‘Darksiders’ came out in 2010 and followed the exploits of War, a Nephilim (beings spawned from the union of angels and demons) and one of the Four Horsemen of the Apocalypse. A war breaks out between Heaven and Hell on modern-day Earth, and War finds himself caught in the middle. The balance of the world is disturbed and the apocalypse is nigh. The keeper of balance in all creation, The Charred Council, blames War for the catastrophe. Resolving to find out who was truly responsible, War returns back to what is left of Earth to commence his search.

‘Darksiders II’ released two years later in 2012 and is set parallel to the events of the first game. Our protagonist this time is none other than Death himself, brother of War, Nephilim, and one of the Four Horsemen of the Apocalypse. Death is convinced of his brother War’s innocence and sets about trying to clear his name by trying to resurrect humanity.

The third game in the trilogy, titled ‘Darksiders III’ came out somewhat recently in 2018, and is once again set parallel to the events of the first two games. You play as Fury, another one of the Four Horsemen of the Apocalypse, and sets about to destroy the biblical Seven Deadly Sins.

The gameplay in the Darksiders games is a hack and slash style with limited role-playing elements. They are clearly influenced by the ‘God of War‘ series, with a similar fantastical setting, mythical weapons, hack and slash gameplay with third-person platforming and puzzle-solving. Along with the usual mobs, the series has always placed an emphasis on creative boss fights which often require a lot of strategizing and a few do-overs in order to get through.

You can watch the trailer for ‘Darksiders Genesis’ right here.