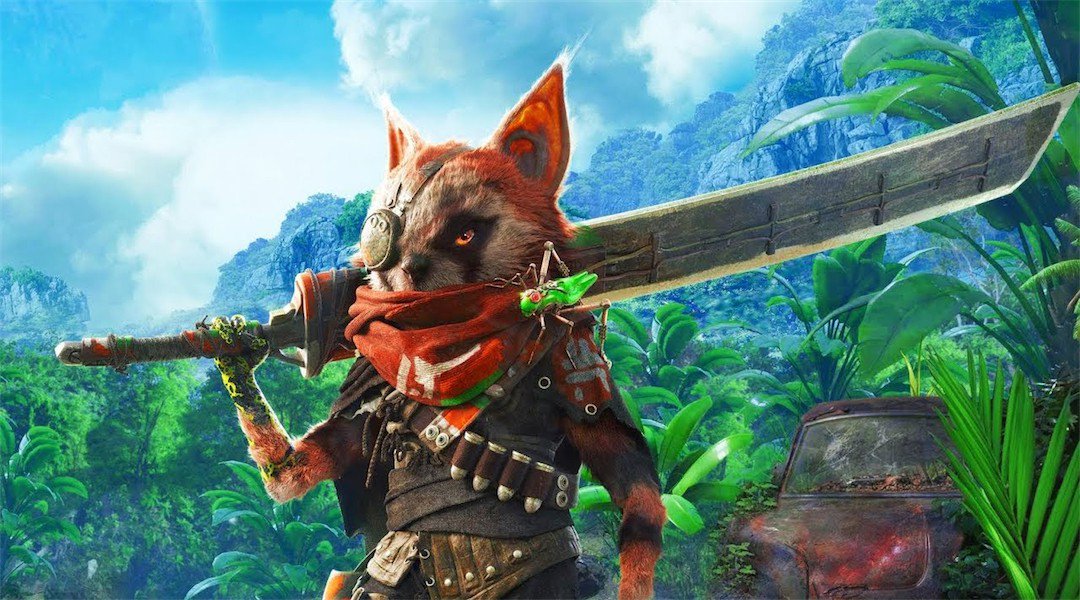 RPGs hold a special place in our hearts, and we still can’t even comprehend how much impact games like Witcher 3 and Skyrim had on the industry. A number of promising titles are scheduled for release in the very near future. Without further ado, here is the list of most anticipated new RPG games coming out in 2019, 2020 — with their release dates — that you can play on PS4, Xbox, PC, Online, iPhone or Android. We can only hope that these latest RPG games are as good as some of the recent ones. 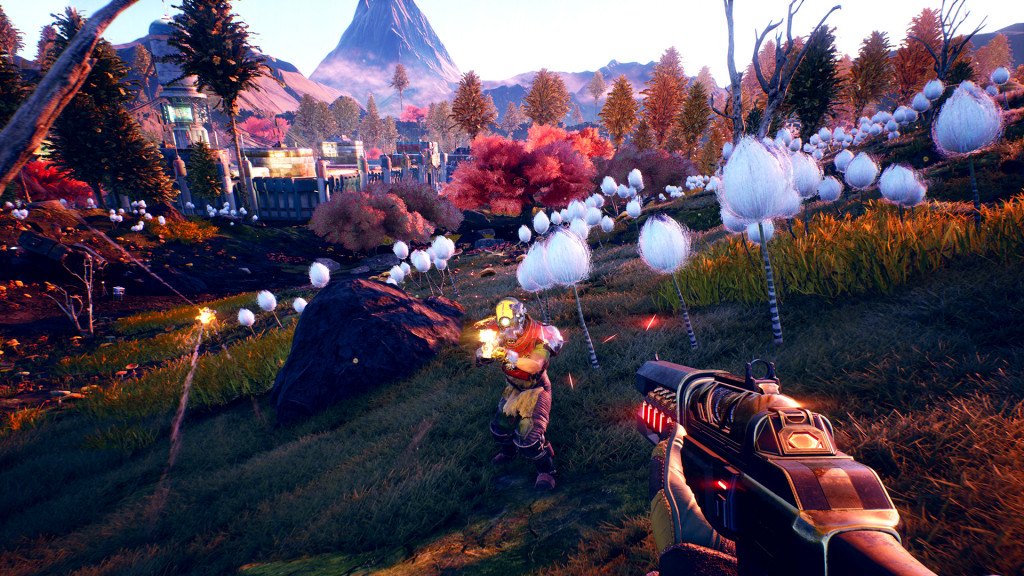 The Outer Worlds is currently in development by the same people who brought us Fallout: New Vegas, which is arguably the best Fallout game ever made. When the team from Obsidian Entertainment came on stage at The Game Awards 2018 and announced The Outer Worlds, it sent fans to a frenzy. The upcoming game has everything we all love about a good RPG, and it looks very reminiscent of New Vegas with its colonized space theme. As players, we will be able to break into large corporations and find out how much control they have over the people. Just like other Obsidian Entertainment titles, there will be a lot of focus on player choice, and you will get to choose how the story progresses with branching conversations and multiple story paths to choose from.

All of the information we have on the game is about the mechanics, customization, and gameplay and the developers have kept the storyline under wraps not to spoil too much. The upcoming RPG is definitely one of the most anticipated games right now, and it is set to be one of the biggest releases of this year. 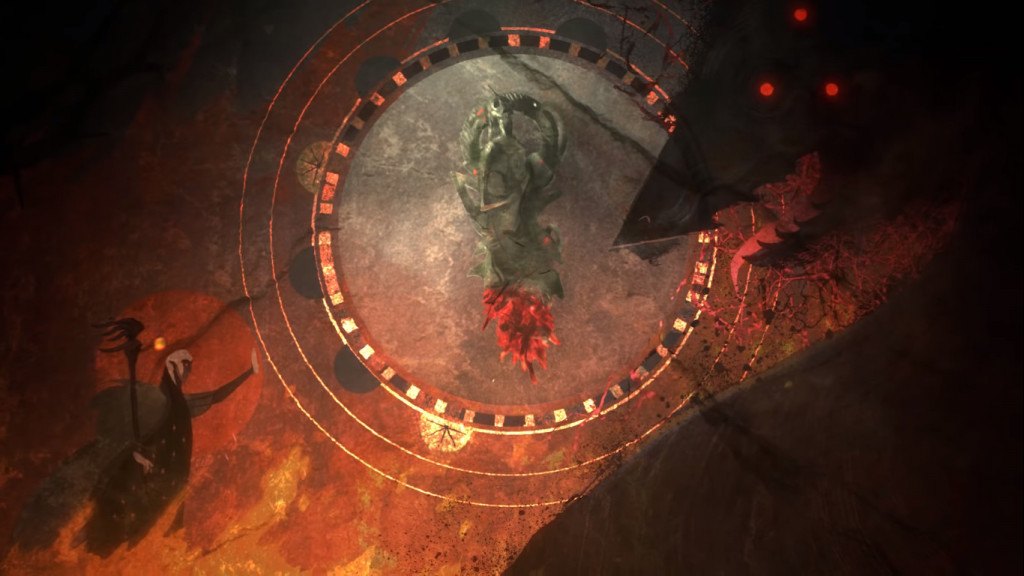 Dragon Age is a polarizing franchise from Bioware, and while a lot of fans absolutely love Origins, they do not feel the same about Inquisition. Fans of the franchise are hoping Dread Wolf Rises shakes things up and lives up to the legacy left behind by Origins. While Bioware has kept the project under wraps, the teaser trailer suggests that Dread Wolf Rises’ story will pick up right after the DLC ending of Inquisition. The upcoming title is still in development, but analysts expect the title to release by 2020. Bioware is known for their storytelling, and we hope Dread Wolf Rises lives up to the fans’ expectations with a brilliant story and compelling gameplay. 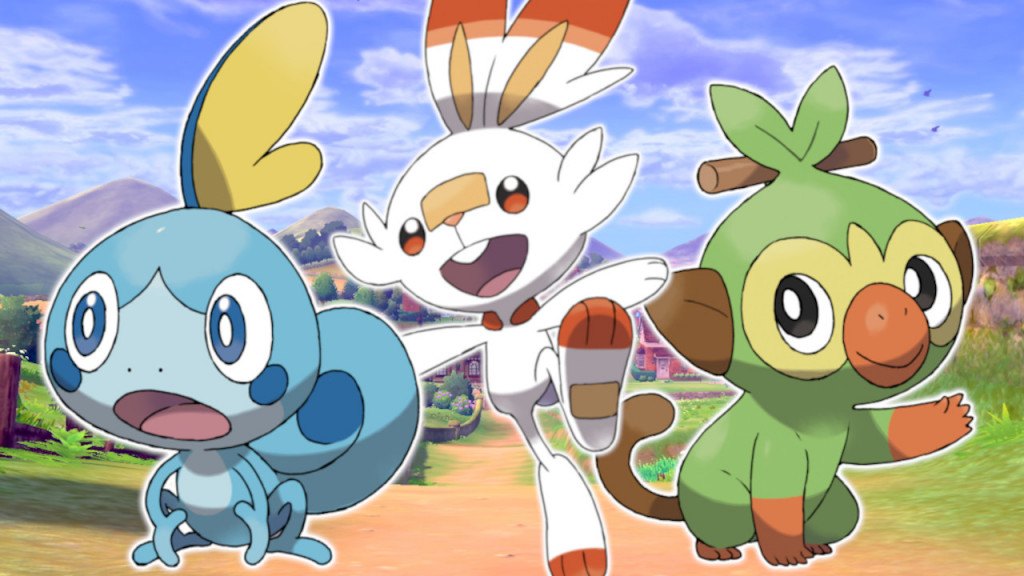 Pokemon is not just a game; it is a cultural phenomenon. After Pokemon Red and Blue became instant hits, the franchise spawned anime, spinoff games, card games and so much more. Even after two decades, it still is one of the most popular franchises in gaming history. Over the years, Nintendo has moved from console to console, and we even got Pokemon Go for smartphones, a title that has seen 800 million downloads and counting. In 2018, Nintendo released Pokemon Let’s Go Pikachu and Let’s Go Eevee which are recreations of the original Pokemon Red and Blue. Both games are targeted at a more casual audience that the developers want to bring over from Pokemon Go. If you are a Pokemon veteran and are looking for a deeper RPG experience for your Nintendo Switch, there are two titles headed your way to expand upon the existing Pokemon universe. We can expect a new generation of Pokemon to be available along with a brand-new map. 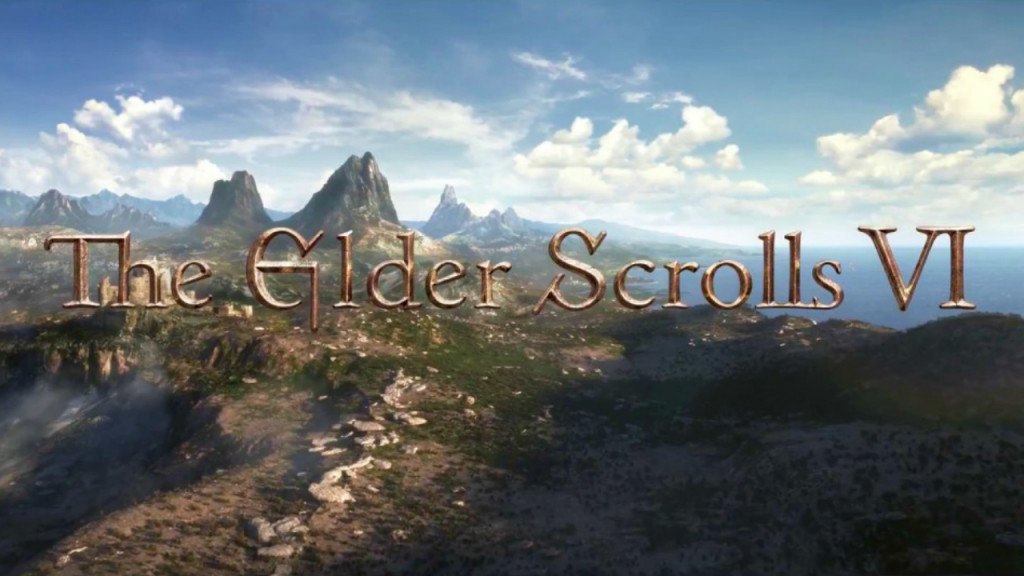 TESV: Skyrim is one of the most iconic RPGs ever made, and the sixth instalment of the Elder Scrolls, RPG franchise has a lot to live up to. We only saw a glimpse of what we can expect from the upcoming title. It has been confirmed that TESVI will be released after Starfield, which is the next game in line for release by Bethesda. Many in the gaming community are expecting the game to coincide with the next-generation console releases and it is unlikely that the title will be available on PS4 or Xbox One. A 2019 release is definitely not in the stars, and we can’t expect Bethesda to weave its magic again before 2020. Bethesda’s 2019 lineup is a mixed bad with Fallout 76 being a complete disappointment while fans are hopeful for DOOM Eternal and Wolfenstein: Youngblood. Needless to say, fans are skeptical of Bethesda’s practices, and hopefully, the long-awaited successor to Skyrim will not disappoint anyone. 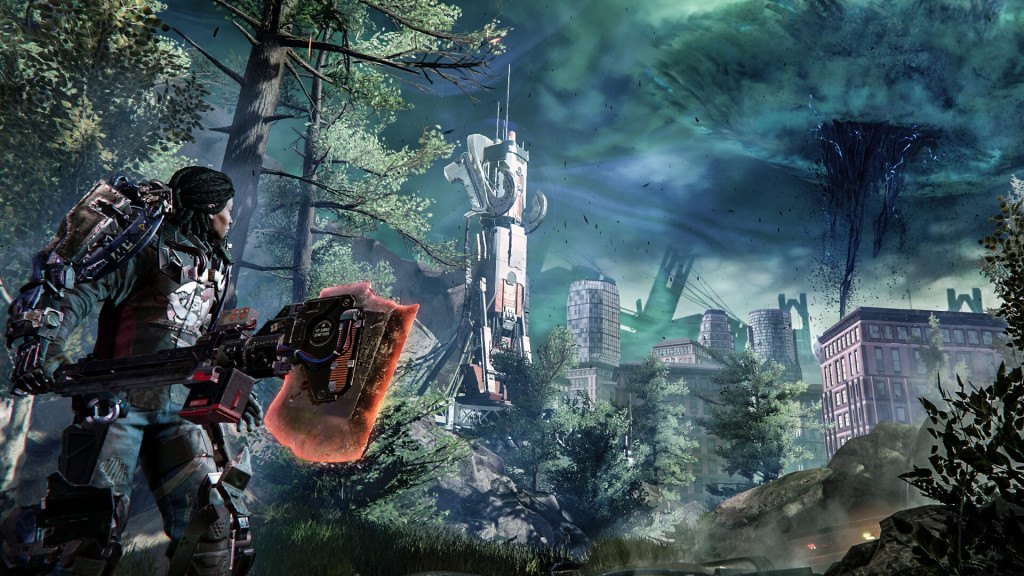 Every difficult game in the world that is released these days is cursed to be compared to Dark Souls, and The Surge 2 is no different. Unlike most of the other Souls-like games, The Surge has a futuristic setting. While both Dark Souls and The Surge 2 offer a look into a dystopian world, the setting in each game is contrasting. Dark Souls is a land of ancient magic and the undead while The Surge 2’s universe is driven by technology. Development studio Deck13 is in charge of development, and we can expect the upcoming title to release in 2019.

One of the biggest differences between the previous title in the franchise and other Souls-like games is the ability to modify your character with new mods and equipment. Players are expecting similar customization mechanics to be available in The Surge 2 in a brand new open-world which will make things far more interesting than the first title in the series. Unfortunately, Warren will not be making a comeback, and we will get to play with a new protagonist; so it is going to be a brand-new story, from the looks of it. 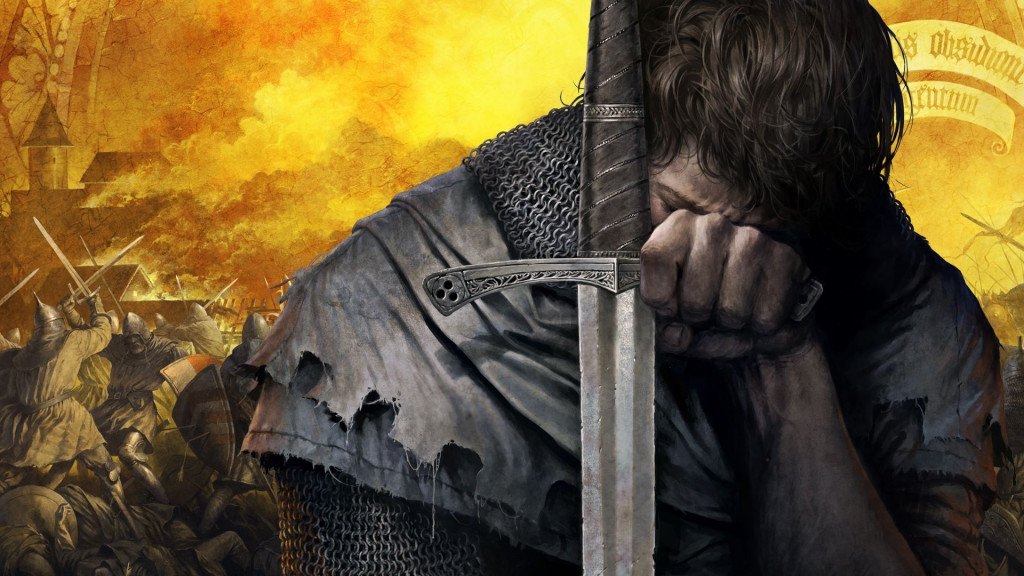 Kingdom Come Deliverance is a memorable game from 2018, but the technical issues at launch put off a lot of fans from this brilliant RPG. Over the months, the developers released a number of DLCs and we also have “A Woman’s Lot” coming up. What was initially just a small crowdfunded project has become one of the best RPGs in recent history. The upcoming Royal Edition is essentially a Complete Edition of the game with all DLCs and gameplay improvements that Warhorse implemented over the years. There is a lot of freedom handed down to the players, and you can approach nearly all missions in a multitude of ways. Exploration is heavily rewarded, and you will be able to find out a number of unique solutions to difficult situations you are presented with.

The level design sets Kingdom Come apart from every other RPG ever made, and you will love how everything fits together into a compelling story. The medieval setting is beautiful, and it is easy to miss out on all the little details that are present. Overall, the game world is just stunning, and it is backed by a great tale and amazing gameplay mechanics. 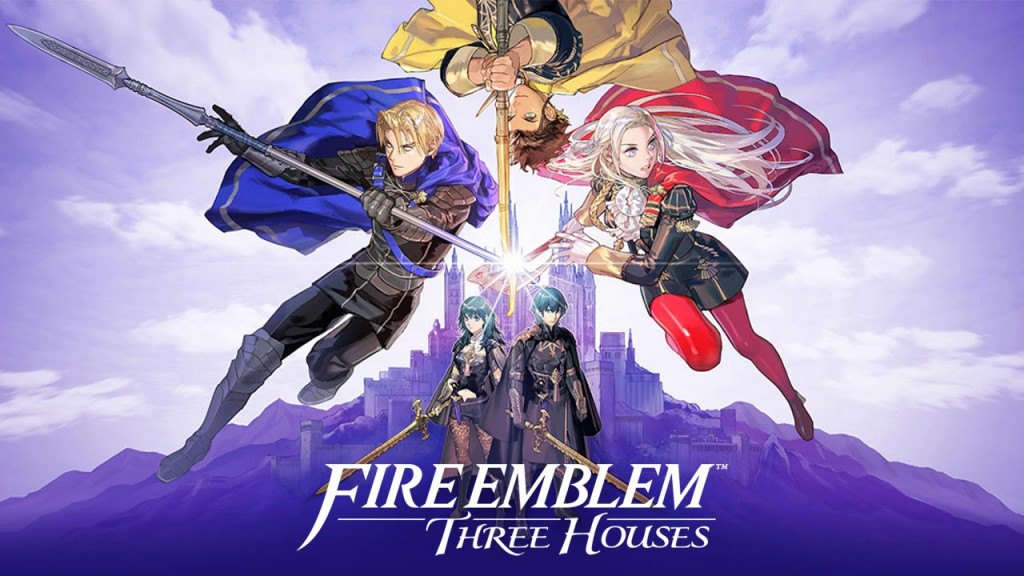 Fire Emblem is one of the most underrated RPG franchises of all time outside of Japan. Since the release of the original Fire Emblem in 1990, we have seen some amazing games from the franchise. Fire Emblem: Three Houses is going to be exclusive for Nintendo Switch and is scheduled for launch on July 2019. We can’t wait to get our hands on the game and see if it lives up to the standards set by the Fates Trilogy. If you are new to the franchise, expect great turn-based strategy gameplay, a compelling story, and anime-style dating elements.

One thing that sets Fire Emblem apart from other RPGs is the fear of permanent death. If you lose a character in battle, there is no way to revert it except exiting the game and reloading a saved file or simply going ahead with the story. While recent games did make it easier for new players by reviving dead allies once a mission ends, it is not the best way to experience Fire Emblem titles. We still do not know if Three Houses will be a standalone title or if the developers will break it into separate games like they did with Fates. Regardless, it is going to be one of the best visually appealing Fire Emblem games, especially in Nintendo Switch’s docked mode that allow gamers to experience the action in HD compared to the low-resolution gameplay on Nintendo 3DS. 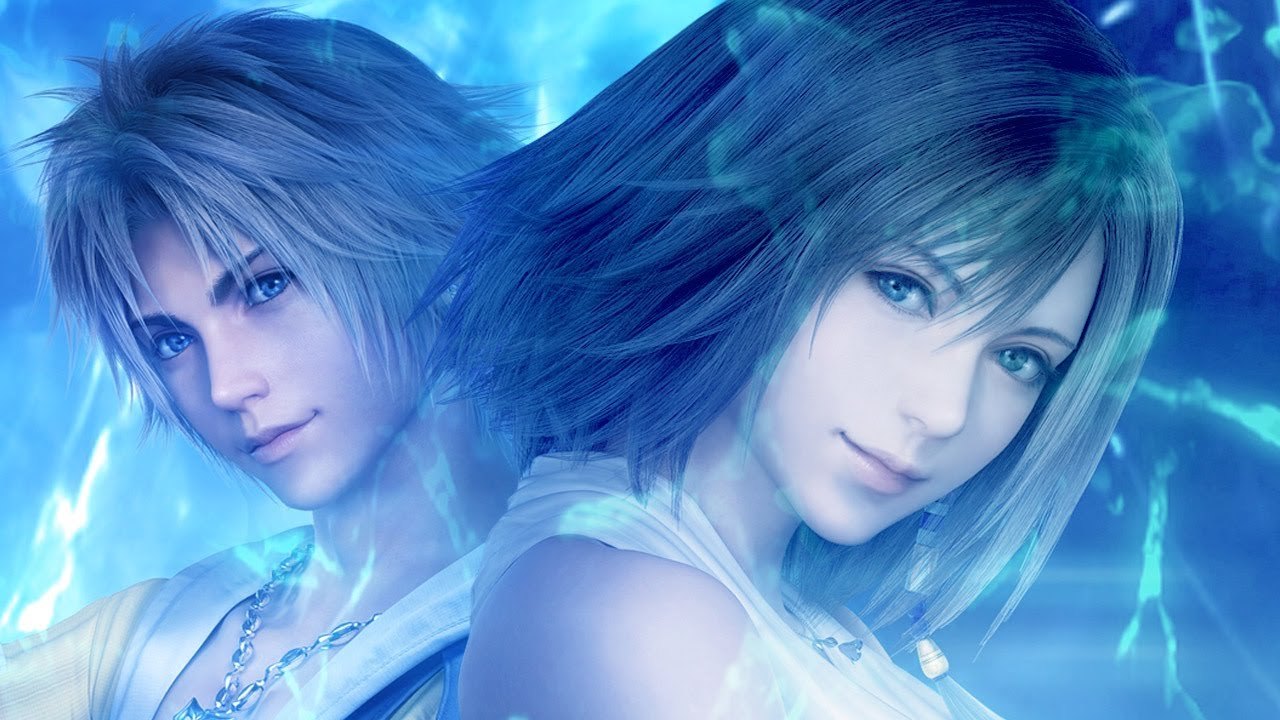 Two of the most iconic Final Fantasy games are getting a full remaster for Nintendo Switch and Xbox One. While the Switch version will focus on portability, Xbox One users will get access to Xbox-enhanced graphics that should be more visually appealing than the previous remasters for PC and PS4. The upcoming remaster will include both X and X-2 instead of them being sold as separate titles. While they do not hold up as well in terms of mechanics against Final Fantasy XV, fans who love old school turn-based mechanics should definitely pick this one up. All of the textures have been redone for the upcoming remaster which completely overhauls the aesthetics of the game and makes it look much better than the original PS2 version. if you are not convinced yet, Final Fantasy X is the fifth-best-selling PS2 game of all time with a staggering 8 million copies sold. 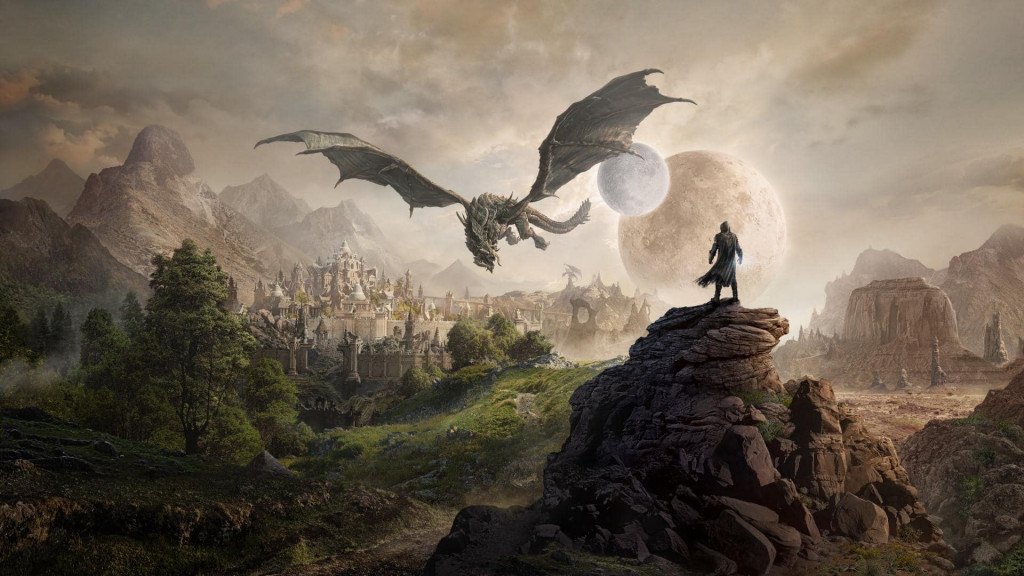 Elsweyr is the upcoming expansion for the existing Elder Scrolls Online world, and we expect it to be just as brilliant as Morrowind and Summerset. If you are a fan of games like Skyrim and want a true blue RPG experience in a multiplayer format, Elder Scrolls Online is definitely one of the best you can check out. You have in-depth crafting systems, a ton of builds to try out and more. ESO is currently one of the best RPGs out there, and you definitely do not want to miss out on the experience, especially if you loved Skyrim or happen to be an RPG fan in general. The upcoming title is expected to feature a brand-new open world area to explore and play story-heavy quests in. 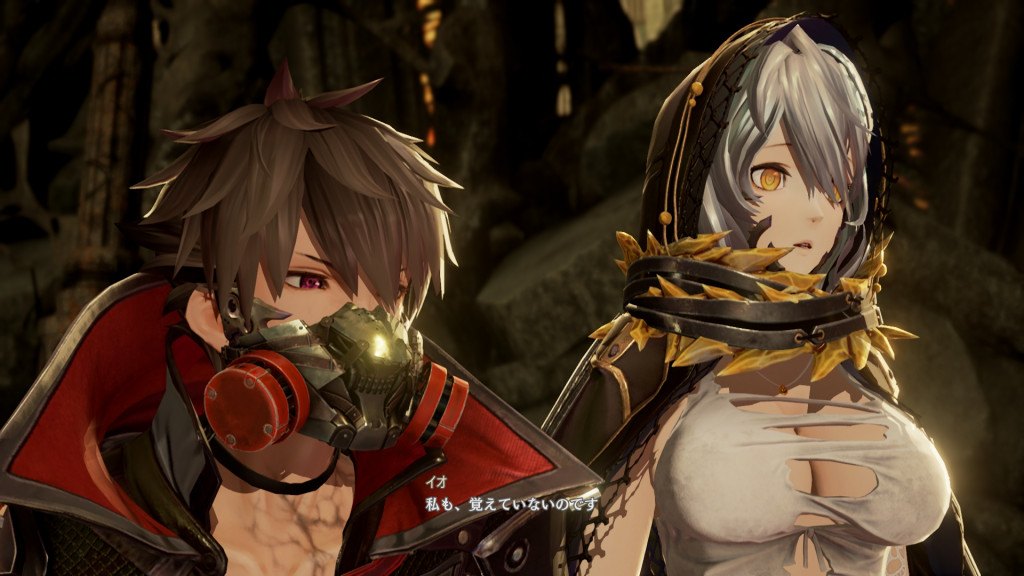 Code Vein was initially slated for launch in 2018, but development issues pushed the date to 2019 instead. The developers want to invest more time into the title before releasing it to the masses. While at first sight, it might seem like Code Vein is a co-op RPG, it will be limited to AI teammates only who can fight by our side. The anime-style graphics merge well with the Souls-like gameplay. We can’t wait to see what BANDAI NAMCO has to offer in terms of gameplay. The combat feels slow and methodical, unlike other hack and slash games that focus on chaining multiple fast-paced combos. Not much is known about the game except what we have seen in the technical demo and the trailers. 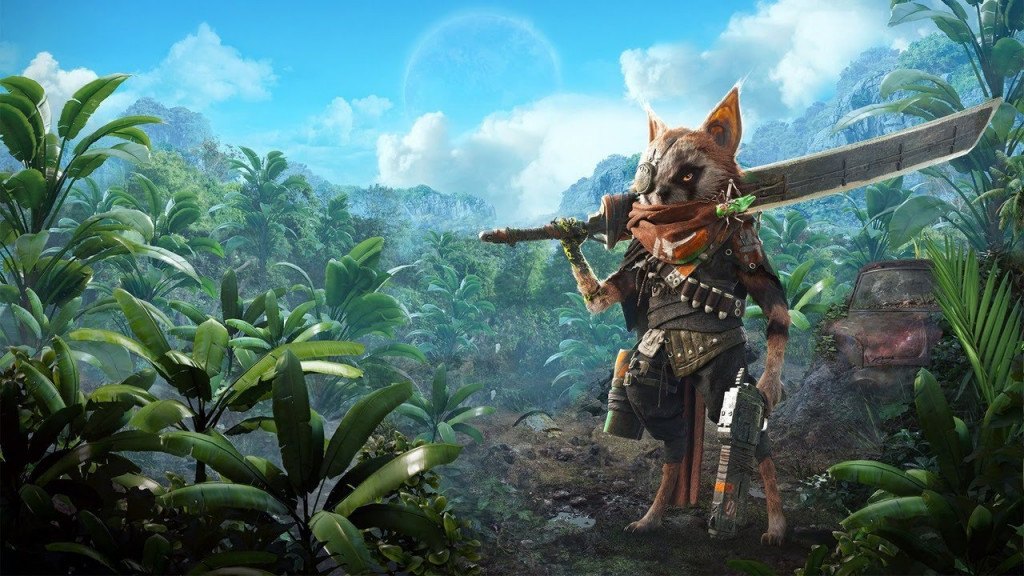 Biomutant is one of the most interesting projects we have seen from any developer in the recent past because of its stylized gameplay and cute characters. We got to see only the opening moments of the upcoming game, and unlike other titles from the genre, you get to modify the DNA of your starting character instead of simply choosing a class. As you tweak your character’s DNA, its attributes will change, and there is a lot of in-depth customization available to players. When it comes to the gameplay, it’s your standard third-person fare with great camera controls. The combat seems fast-paced, and it definitely looks like a complete RPG package that any fan would want. We can’t wait to see what Experiment 101 has in store for fans later this year. 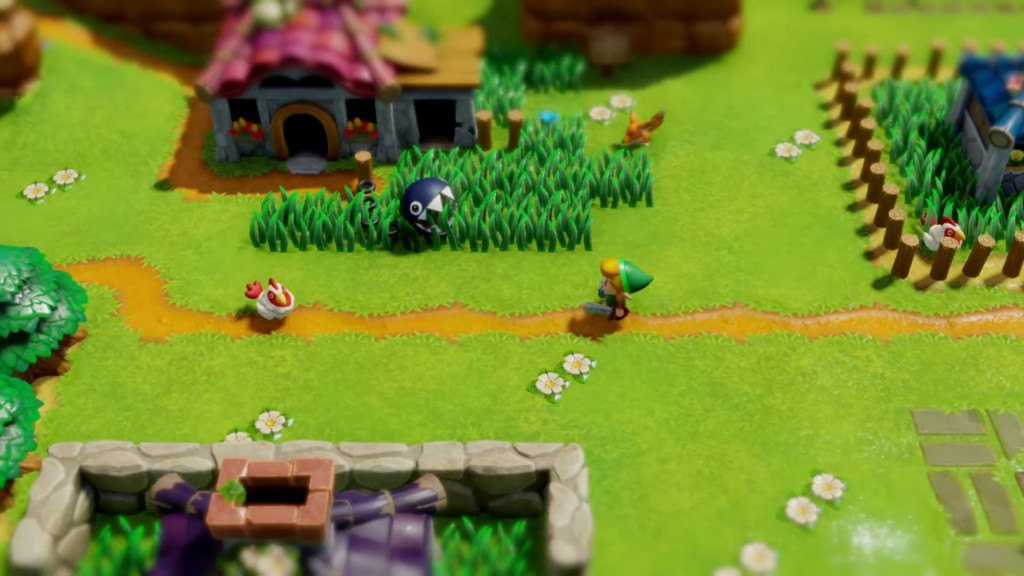 The Legend of Zelda: Breath of The Wild is hailed by many as the best game of 2017 and it’s really hard to argue against that statement because it was one of Nintendo’s biggest years and they definitely impressed everyone. While the open world gameplay in Breath of The Wild is something a lot of fans enjoy, old-school Zelda fans love the linear gameplay with lots of puzzle solving from the older titles. The Legend of Zelda: Link’s Awakening is one of the greatest Zelda games ever made and we are set to get a remaster for Nintendo Switch. The developers are going for a complete overhaul and expect new visuals, an updated soundtrack, and the same breathtaking gameplay to make a return later this year.