Is David Kiley Married? Does He Have Kids? 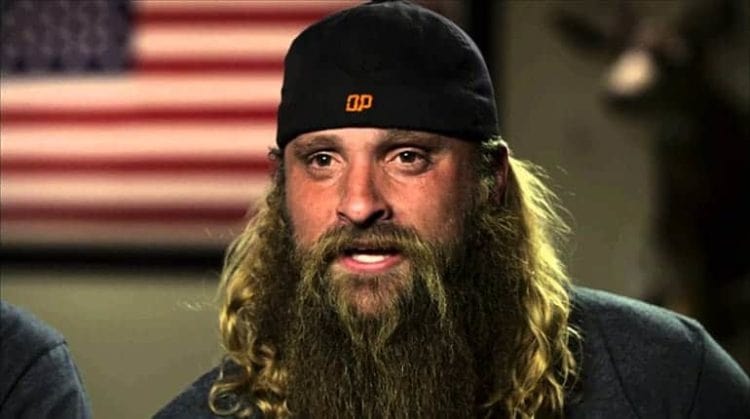 David Kiley or better known as “Diesel Dave,” is an entrepreneur and custom vehicle builder most known for his appearance on Discovery Channel’s ‘Diesel Brothers.’ The name of the show is such because he does most of his work with his friend and business partner David “Heavy D” Sparks. Despite the name and physical resemblance to one another, the Diesel Brothers are not actually brothers. In fact, the two initially met in a church and then later again bumped into one another by a lake, after which they realized that they both had a passion for cars. They got to talking about going into business together and eventually gave rise to DieselSellerz.

Born on June 17, 1974, in Utah, David has kept information about his family and their lives on the down-low. He has never revealed who his parents are or even if he has any siblings; all we know is that he comes from humble beginnings and has lived in Utah his entire life.

David is a family man and has been married for a long time now. Being in a committed and loving relationship for several years, David, a patriot, tied the knot with his wife on July 4, 2016. Unfortunately, she has never revealed her real name; she just prefers to go by “Diesel Des.” Although many online portals say that her name is Susan, it’s not, and we can say that for sure, because her Instagram bio includes “My name is not Susan. ??‍♀️”

The age difference between the couple is almost 20 years, but that doesn’t stop them from living their lives the way they want to. They are inseparable, in love, and don’t care what anyone else has to say about their relationship. David hasn’t revealed how he met her or when their romance first began, but he doesn’t shy away from gushing about her on social media.

On Valentine’s Day, he posted the following picture, and alongside it, he wrote: “You ever wonder what the most beautiful thing in the world looks like? Well here you go! I found her and made her my Valentine for life!
•
Had an incredible day with my Valentine! ❤️U @the_diesel_des”

Even his wife doesn’t mind continually posting about him or talking about how amazing he is as a husband or how much he means to her. “Also, I don’t know what I would do without Dave. He truly is the greatest companion in every way. As I’ve been laying in bed all day with some sort of nasty sickness, he has the girls giggling non stop downstairs and keeps sending me back to bed. I truly don’t know what I would do without him. Thanks for being everything I’ve ever needed and so much more. ❤️ @the_diesel_dave
Here’s to eternity my love. ??”

David and his wife welcomed their first child, Saylor Fe Kiley, on January 12, 2017, and a year later, the small family of three turned into a family of four as “Diesel Des” gave birth to another girl, Pyper Corinne Kiley, on September 9, 2018. The whole family lives in Utah, and it’s obvious that David couldn’t be prouder of his family. Both his little girls have their own Instagram pages too, so if you want your fill of adorable family pictures, make sure that you follow them all.