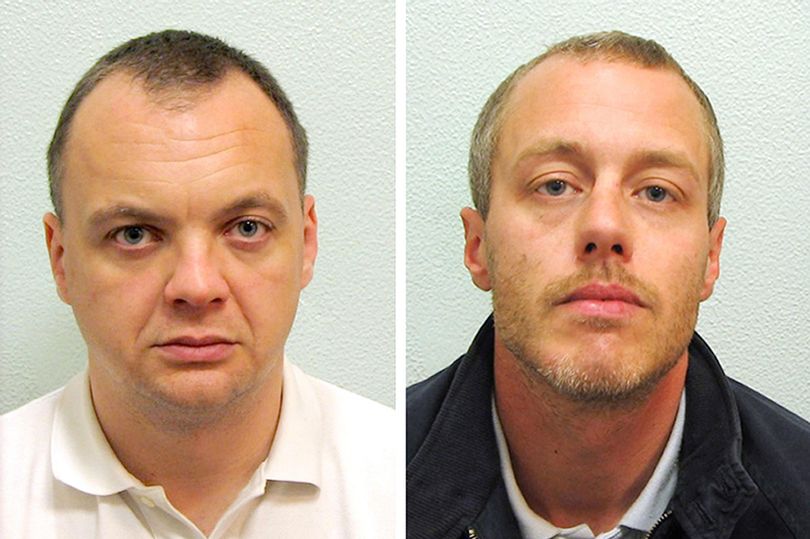 The homicide of Stephen Lawrence while he was simply waiting for a bus in Southeast London on April 22, 1993, is a case that shook not just the United Kingdom but also the world to its core. After all, as explored in Netflix’s ‘Harry & Meghan,’ along with several other BBC and ITV originals over the years, the 18-year-old Black student was stabbed right out on the streets unprovoked. There were reportedly at least five white assailants hailing from a local youth gang, yet only two have ever been convicted — so now, if you wish to learn more about them, we’ve got you covered.

Who Are David Norris and Gary Dobson?

Starting with David Norris, although he grew up in a relatively well-off suburban Chislehurst household in London, the 16-year-old was living out of a van by the time spring 1993 rolled around. He was actually supporting himself by selling scrap metals but was also ostensibly already under the watchful eye of local officials since he’d found himself in serious trouble less than a year prior. In June 1992, he was charged with wounding upon allegedly attacking brothers Darren and Terry Witham as part of a group, just for the entire case to be discontinued before Stephen’s murder.

David had purportedly even stabbed a white girl in March 1993 following some heinous third-party encouragement, yet a jury ultimately acquitted him on the related charge of attempted murder. It was between this period that Stephen and his close friend Duwayne Brooks were jumped at the bus stop at Well Hall Road, Eltham, on the evening of April 22, only for the former to lose his life. The matter was soon formally ascertained to be a racially motivated attack, with David, Gary Dobson, Luke Knight, and brothers Neil and Jamie Acourt being considering the primary suspects.

However, every single one of the five men was shortly let go, and the subsequent private prosecution Stephen’s parents had launched against them failed to secure any legal convictions as well. Though it’s imperative to note a probe into the initial Metropolitan Police Service’s investigation of this case has since ruled that the race aspect negatively impacted every piece of it against the victim. A review was thus announced in 2006, leading to the discovery of new forensic evidence like bloodstains and hair fibers positively tying both David and Gary to Stephen’s vicious homicide.

Gary was reportedly 17-years-old, an already accused racist, and a violent teen at the time of the incident back in 1993, but the truth is there had never been any official indictment against him. That is, until 2010, when he was sentenced to five years behind bars for trafficking cannabis worth over £350,000 ($465,000) before getting charged with murder alongside David on September 8. By this point, not only had David served five years (2002-2007) for screaming a slur at an off-duty official, but the double jeopardy UK law had also been removed, allowing them to be tried again.

Where Are David Norris and Gary Dobson Now?

Since both David and Gary were minors at the time of Stephen’s murder, they both had to be sentenced accordingly once convicted on January 3, 2012, despite the nation’s call for it all to be as adults. They were hence each handed the juvenile equivalent of life in prison, with the minimum time to be served stipulated as 14 years three months and 15 years two months, respectively.

“The crime was committed for no other reason than racial hatred,” the presiding judge stated while passing the penalty. “A totally innocent 18-year-old youth on the threshold of a promising life was brutally cut down in the street in front of eye witnesses by a racist thuggish gang. You were both members of that gang. I have no doubt at all that you fully subscribed to its views and attitudes. [The terirble crime was] a brief but co-ordinated attack, a racist taunt, a charge and a swallowing up of Stephen Lawrence.”

Therefore today, from what we can tell, while David remains incarcerated at the Category A Belmarsh Prison in Thamesmead, London, his accomplice Gary is at the Category B Gartree Prison in Market Harborough, Leicestershire, England. We should mention the former was recently denied his request to move into an open prison amid fears he was still a threat to society and then investigated over claims he had a contraband phone in prison.

Read More: Alonzo Brooks Murder: How Did He Die? Who Killed Him?