Do Dawson and Joey End Up Together in Dawson’s Creek? 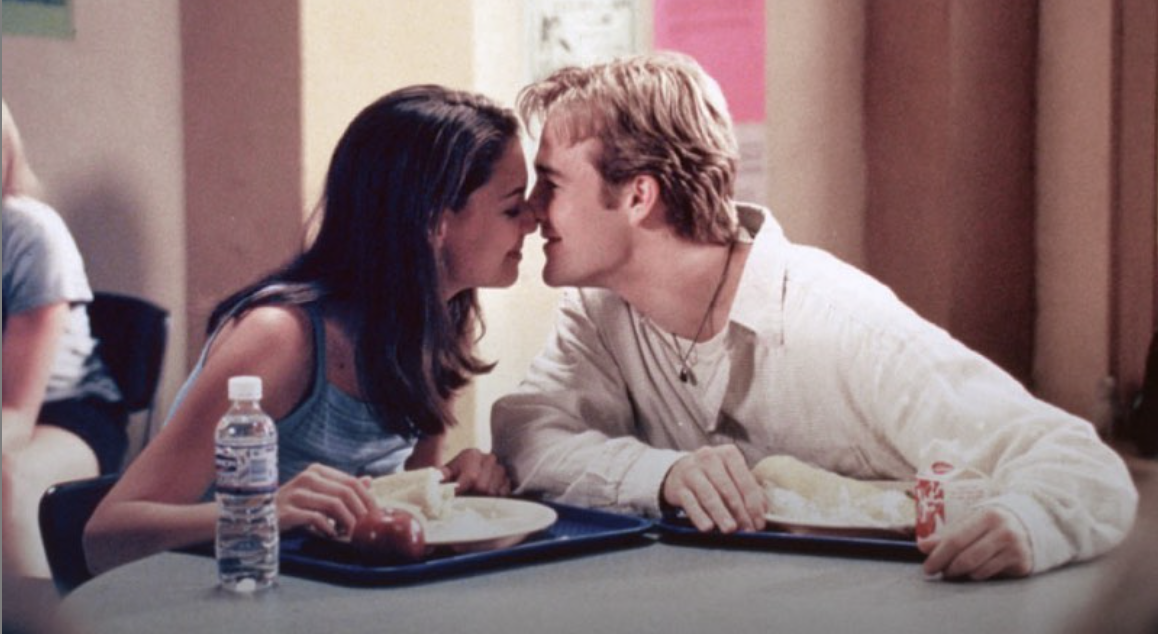 When Pacey Witter first kissed Dawson’s love interest, Joey Potter, it broke millions of hearts worldwide. But his move also saved the American teen drama, ‘Dawson’s Creek,’ from drowning into obscurity. Spanning six seasons and 128 episodes, the show became a hit as season 3 finale wrapped up by introducing one of the best love triangles in TV history. After over 21 years of its inception, the WB’s cult series has found its home on Netflix, one of the biggest streaming platforms, on November 1, 2020.

Set in the small fictional town of Capeside, Massachusetts, the ’90s coming-of-age teen drama stars James Van Der Beek as Dawson Leery, Katie Holmes as his best friend and “soulmate,” Joey Potter, Joshua Jackson as their fellow best friend, Pacey Witter, and Michelle Williams as Jen Lindley, the NYC girl. The pendulous confusion that kept the audiences hooked to its plot was whether Joey would ultimately pick her BFF as her boyfriend, or would she choose his contender?

Do Dawson and Joey End Up Together?

To address the looming question directly: No! The childhood sweethearts, Dawson Leery and Joey Potter, do not end up together. The riveting plot did not coerce the viewers into accepting the seemingly absurd truth but gradually walked them through their story. As the events unravel, it begins to make more and more sense for the female protagonist to choose Pacey over him. It is firmly established in the pilot episode that Dawson and Joey have unwaveringly been each other’s support system.

Showcased as soulmates without the romantic angle introduced as yet, they are seen making sincere efforts to keep their friendship platonic. Initially, he is involved with Jen, and Joey has a hard time digesting this bitter fact. After some drama, Joey and Dawson share a steamy kiss during a truth or dare game. Having failed to remain in the friend zone, they gladly tread past the line, altering their equation indefinitely. At the close of season 1, they acknowledge their sexual tension with their second kiss at the swing set. 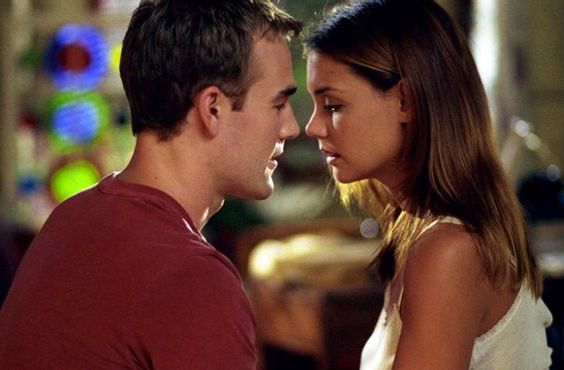 But just as season 2 commences, things begin to go downhill between them. At this point, ‘Dawson’s Creek’ separates itself from the typical ’80s and early ’90s teen love story by shaking the age-old belief that the man was the sun around which his lady love orbited. The story begins to highlight traces of a woman’s independent worth, and thus, Joey’s loss of identity in the relationship is faintly voiced. The ‘Scream’ fame, Kevin Williamson, created this legendary series, but it became a hard sell by the time its second season came to an end.

After he quit the franchise, WB brought in young writers who revolutionized the team’s thought process. The stellar third edition’s 17th episode brought a 360-degree turn to the narrative, resulting in Pacey’s expression of strong feelings for Joey with a gentle kiss. While Dawson understands her past, he tries to reclaim her, and she, too, seems reluctant to lose her oldest friend. But the truth remains that she has fallen head over heels in love with Pacey. The season’s finale exhibits her joining her lover on his boat and the two departing towards the sunset.

Dawson and Joey’s on-again-off-again relationship only intends to underline the complexity of their dynamics. Though bewildered, the audience understands the dramatic conflicts suffered by the girl trying to save her years-long friendship without letting it kill her relationship with someone she dearly loves. After a brief reunion with Joey (and a one-night stand!) in season 6, Dawson leaves for Paris, and eventually, she rekindles her romance with Pacey. 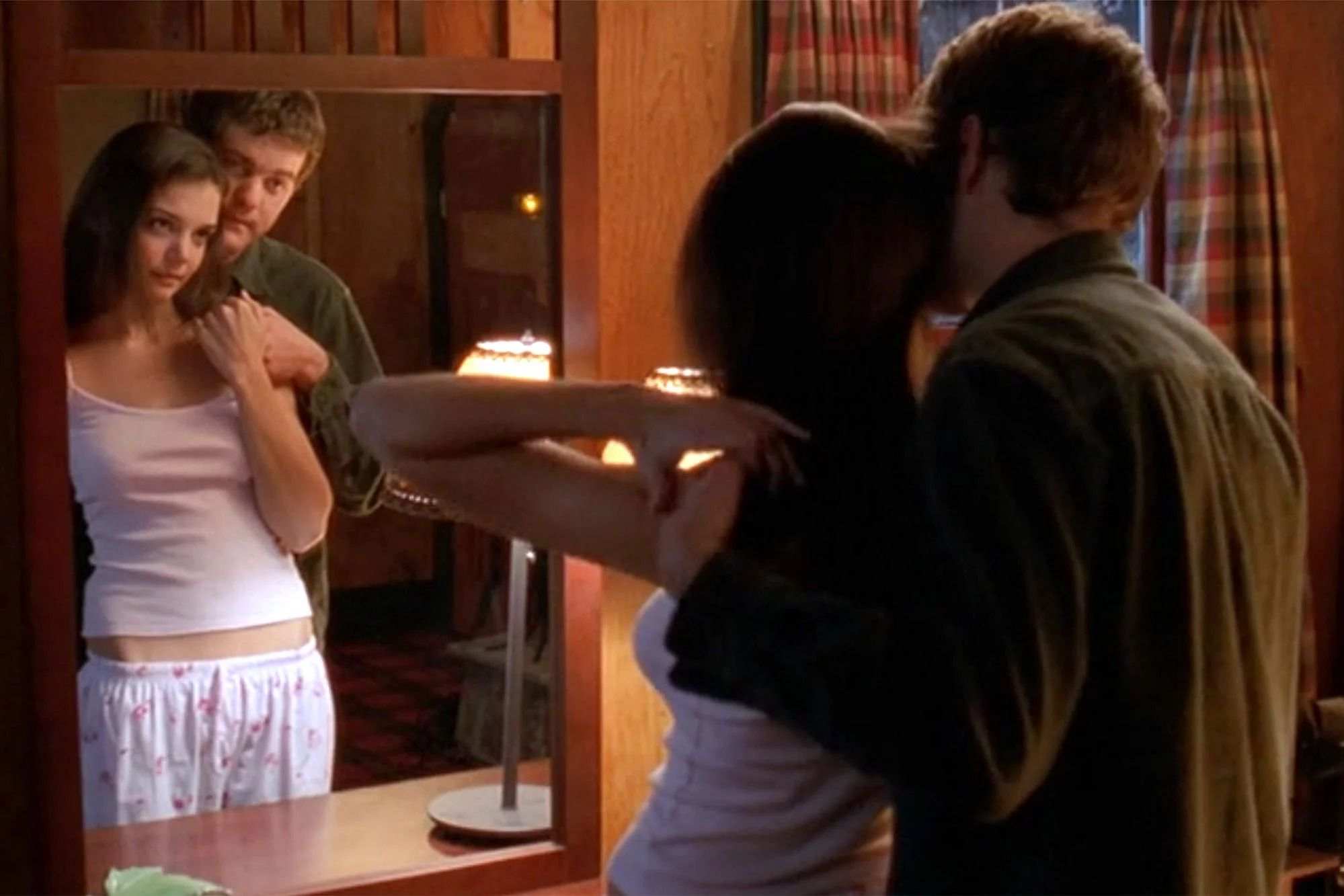 The last few moments of the series’ finale episode finally answers the question – the couple now lives together in New York, while Dawson is about to meet his role model, Steven Spielberg, the iconic American filmmaker. Undoubtedly, fans are left with the lingering feeling that Joey would always love Dawson, and he would always reciprocate her feelings, but Pacey would nevertheless mean a tad bit more to her.

Read More: Is Dawson’s Creek Based on a True Story?