Dead End Ending, Explained: What Happens to the Money? 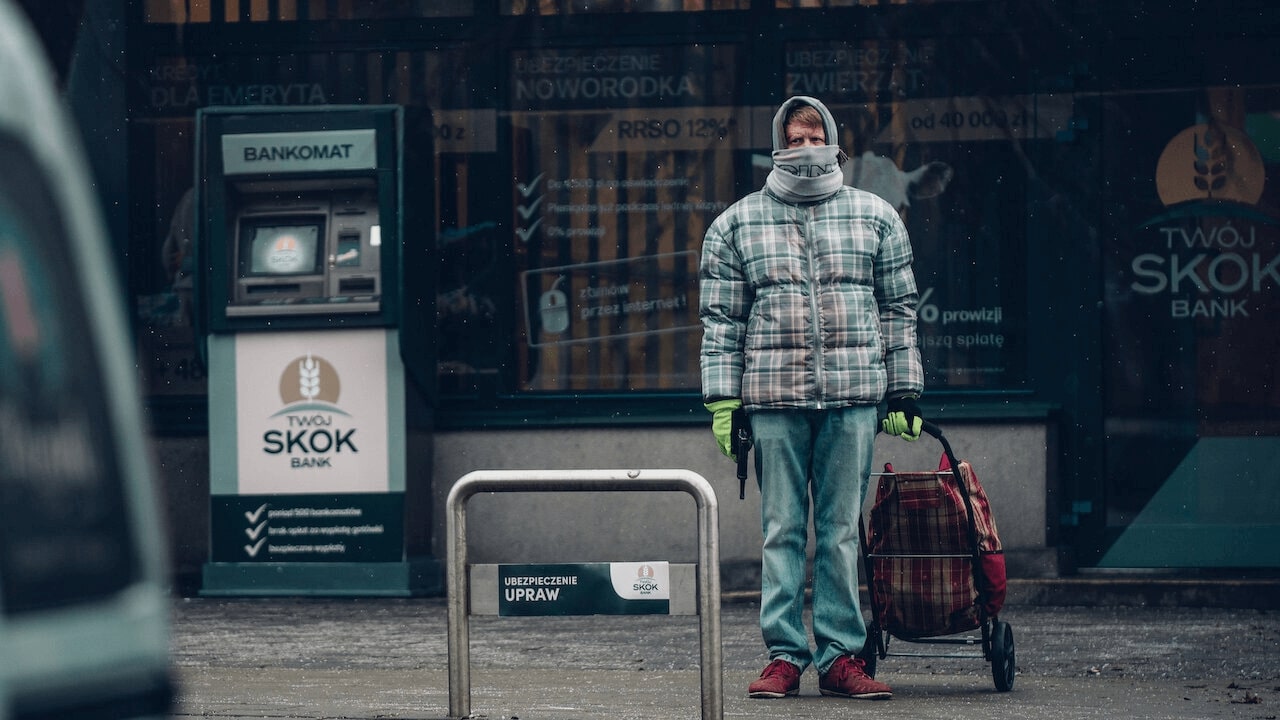 Netflix’s ‘Dead End’ (also known as ‘Pewnego razu na krajowej jedynce’) is a six-part black comedy crime drama series. The plot follows a group of strangers who travel together in a ridesharing car to Cieszyn, a town on the southern border of Poland. They soon discover that they have mistakenly gotten in a car involved in a recent bank robbery, which resulted in the death of at least three people, and find the stolen two million zlotys in the trunk. As they try to figure out what to do with the money, the desperate bank robber closes in on them. Here is everything you need to know about the ending of ‘Dead End’ season 1. SPOILERS AHEAD.

The story begins with the robbery. The man, who the audience will later come to know as Emil, steals two million zlotys from a bank while using a football club scarf to cover his face. The story then shifts its focus to the daughter and father, Diana (Maja Wolska) and Leon (Juliusz Chrząstowski). Diana is a troubled child; she has been arrested multiple times for stealing. In the introductory scene, Diana’s probation officer visits Leon and warns him that one more misstep from Diana will end her in a juvenile correctional facility.

If Diana is angry and constantly acting out, Leon is an alcoholic. He sells his wedding ring (his wife is dead) and his daughter’s laptop to buy alcohol. When his daughter declares that she is three months pregnant, Leon believes they need a change and plans to go to the Czech Republic. A cash-strapped Leon agrees to take two passengers to Cieszyn, and that’s how Leon and Diana become acquainted with Wojtek (Michał Sikorski) and Klara (Anna Ilczuk).

Wojtek is a 26-year-old directionless young man who claims to be in love with his 19-year-old girlfriend, Madzia, who lives in Cieszyn. Until now, he has pretended to be of Italian ancestry. He feels horrible about it and is now on his way to making things right. He also has a toxic relationship with his domineering mother. At the start of the series, Klara breaks things off with her fiancé and now travels to Cieszyn to live with her sister.

As these four individuals travel together, Diana claims to the two passengers that her father is abusive and is taking her to Cieszyn for an abortion. Klara believes this and starts acting antagonistic toward Leon. Things take a wild turn after they briefly stop at a gas station. Emil also happens to be there, and Diana gets the keys to their car mixed up with his before going on a joyride. Leon doesn’t exactly notice what car it is when he gets in to stop his daughter before she hurts herself.

As they once more begin to travel, the four of them quickly realize that their things are missing and that this isn’t their car. As they become aware of the robbery, Leon discovers that he has accidentally taken the robber’s car. Tentatively, he opens the car’s trunk and finds the money there. Believing that money can solve all their problems, the group tries to acquire it for themselves, with hilarious consequences.

Episode 3 depicts what led Emil to commit the robbery. He had accrued a large gambling debt to a dangerous man who cut off one of Emil’s fingers. When his cousin and a friend of the said cousin planned a heist, Emil joined them as that was the only way he could have come up with the money he owed. During the robbery, his cousin’s friend fled from the scene, and Emil ended up killing a man. Later, his cousin and the friend were killed during a three-way argument.

The main drivers of the narrative in ‘Dead End’ are misunderstanding and conflict. Like in the Coen brothers’ ‘Fargo,’ the characters in ‘Dead End’ are not particularly bright and keep committing acts that are detrimental to their self-interest. It is the misunderstanding between Diana and Leon that leads the former to act out. And Klara believes every word that Diana says and nearly calls child protective services on Leon.

The narrative of the series is split into two parts. The first part takes place in the woods, right after the discovery of the money, where the protagonists encounter Celine, a sex worker, who hoodwinks them all and flees with the money. The second part is set in a nearby motel. Believing that they have left the money and the robber behind, the group checks into a motel only to discover that Celine is already there. Soon, Emil also shows up at the motel. In the season finale, Celine’s pimp, Adrian, wreaks havoc and takes Diana hostage, and Leon and Klara come to an understanding.

Dead End Ending: What Happens to the Money? Are Emil and Adrian Dead?

After Celine steals the money, she hides most of it in the walls of her room in the motel, showing only 70,000 zlotys to Adrian when he gets there. They have previously made plans to leave the business together and retire to some tropical paradise. Adrian earlier told her they would need 70,000 zlotys to leave. Predictably, it is revealed that Adrian was lying to her at the time and had no intention of going anywhere with her. Fortunately for Celine, she has enough presence of mind not to reveal to Adrian that she has all the money. Otherwise, she would have been killed immediately.

Adrian takes Diana hostage, and believing that Leon and Klara have the money, demands it from them as ransom. Emil arrives and breaks into the room where Adrian is keeping Diana locked up. The two men fight, and Adrian kills Emil. However, Leon, Celine, and the others arrive right then, and Celine kills Adrian by shooting him multiple times.

Afterward, they put Emil and Adrian’s bodies in Emil’s car and set it ablaze. Recognizing that the money has been nothing but a curse to them, Klara throws all of it into the fire, and no one stops her. Later, Leon and Diana listen to a news report that states that the authorities believe that Adrian and Emil killed each other for the money. This reassures them no one suspects the involvement of any other people.

As they watch the car, the dead bodies, and the money burn, Diana admits she isn’t pregnant. After reaching Cieszyn, Klara reunites with her sister, and Wojtek goes to meet Madzia. Meanwhile, Diana wakes up to find their car standing in front of an alcohol store. For a moment, she fears the worst, but then, her father returns with a phone and wishes her a happy birthday. They subsequently continue their journey to the Czech Republic.

Do Wojtek and Madzia End up Together?

Wojtek meets up with Madzia and admits the truth, claiming that he has been the prisoner of his own lie. Quite understandably, Madzia doesn’t take it well, headbutting him and breaking his nose. However, the series ends on a positive note for Wojtek. After Madzia has left, the reception girl at the hotel approaches him with tissues for the blood dripping from his nose. He learns that the girl uses an inhaler like him, and they smile at each other from across the room, implying a potential relationship.

Read More: Is Netflix’s Dead End Based on a True Story?