Deep Blue Nightmare: Everything We Know 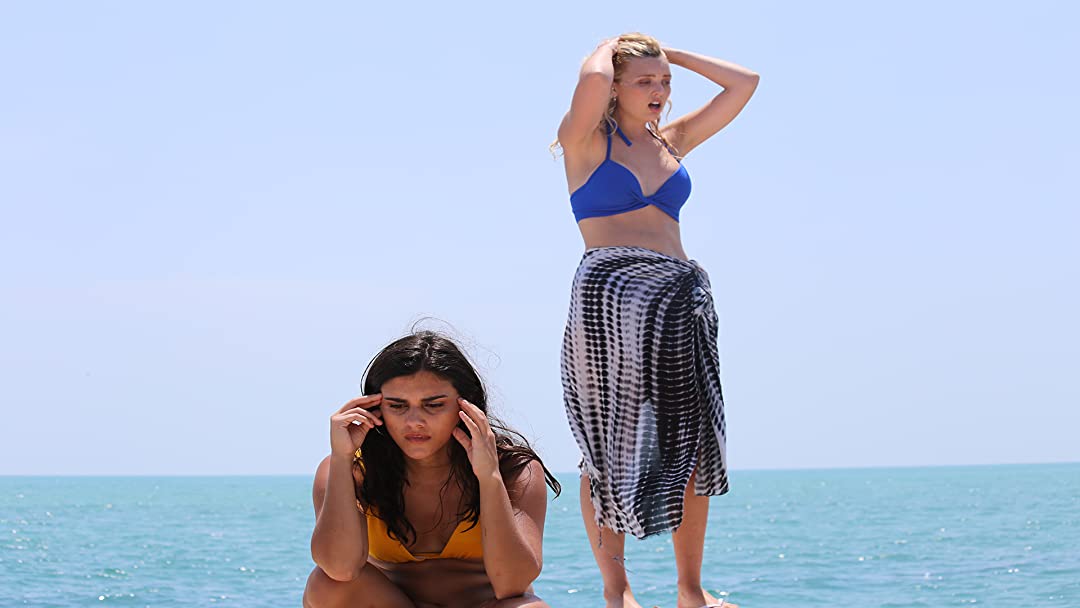 Lifetime‘s ‘Deep Blue Nightmare’ is a thriller directed by Jared Cohn involving three friends who visit a small island, only to find out that the water surrounding them is shark-infested. As the rising tide slowly submerges the island they are trapped on, they desperately try to thwart the bloodthirsty shark’s attacks, all the while trying to get off the island.

Formerly named ‘Shark Season’, the movie is a classic case of “trouble in paradise,” and the gruesome shark attack scenes are bookended by shots of the spectacular island surrounding blue water. The contrast makes for an entertaining and edge-of-the-seat watch. Curious to know more about this deadly shark thriller? We’ve got you covered!

‘Deep Blue Nightmare’ was shot in the Tampa Bay Area of Pinellas County, Florida, in the coastal cities of Tampa, St. Petersburg, and Clearwater. The area, especially the city of St. Petersburg, is a popular destination for filming movies based near the sea and has seen an increasing number of small and medium budget films and shows being filmed here. This is attributed to the area’s proximity to Hollywood as well as the spectacular coastal landscape that it boasts. Let’s take a closer look at specific locations used to film ‘Deep Blue Nightmare.’

The film was shot partly on location a few miles out at sea from Clearwater Beach. Scenes involving the jet ski rescuer, as well as the initial and climax scenes involving kayaks, were filmed here. However, a significant part of the movie was also filmed off location, in a pool, while making it look like the characters were still out at sea.

The tiny island that the protagonists are marooned on is not an actual island but a rectangular block of stone or cement. It was also recreated for the film and was not 3 miles out at sea, as described in the movie. The urban environments and residential areas shown at the beginning of the film are from St. Petersburg, Florida.

In ‘Deep Blue Nightmare,’ Paige McGarvin (‘The Family Business’) and Juliana Destefano (‘Secret Diary of an American Cheerleader’) portray the stranded duo Sarah and Meghan, respectively. Destefano is also a standup comedian and has been performing in the comedy club circuit of LA and her hometown of Houston, Texas, for a few years now. Taking on the role of their charming photographer and potential shark dinner, Jason, is actor Jack Pearson (‘Winners & Losers’).

Is Deep Blue Nightmare Based on a True Story?

Yes, ‘Deep Blue Nightmare’ is based on a true story. Although there is no particular incident the film is inspired from, the filmmaker claims that the shark-attack thriller is based on true events. Well, it is quite possible as there have been many instances in the past of people marooned at sea and having to survive dehydration, starvation, and at times bloodthirsty sharks. ‘Capsized: Blood in the Water’ is a similar tale that follows the true but modified story of one such situation wherein the crew of a yacht find themselves stranded on an inflatable dinghy in the middle of the sea, surrounded by shark-infested waters.

In the real-life scenario, only two members survived the ordeal when they were finally rescued. The story of a murderous great white shark attacking a group of unsuspecting people in a coastal paradise is also familiar and there have been so many movies based on the premise, like ‘The Shallows,’ ‘Deep Blue Sea,’ and the cult classic ‘Jaws’ film series. Most of these movies have also been inspired by true events.

The first recorded shark fatality in the US, which went on to inspire ‘Jaws,’ occurred in July 1916 in Beach Haven, New Jersey. It was quickly followed, in the span of a few days and within a radius of 70 miles, by four more attacks, resulting in the deaths of 3 more people. When it was discovered that a singular great white shark was responsible for the gruesome deaths, the shark was hunted down and killed while attacking a boat. Upon its dissection, over 15 pounds of human remains were found in its stomach.

So widespread was the fear caused by this real-life monster that reports about it displaced stories about World War 1, which was raging on at the time, from the front pages of newspapers. Jared Cohn’s ‘Deep Blue Nightmare’ manages to showcase a reflection of the real-life terror of the ferocious-looking-sharped-teethed species of fish, that has been plaguing the waterbodies for as far back as one can remember.