Are Demi and Slater From Bachelor in Paradise Still Together? 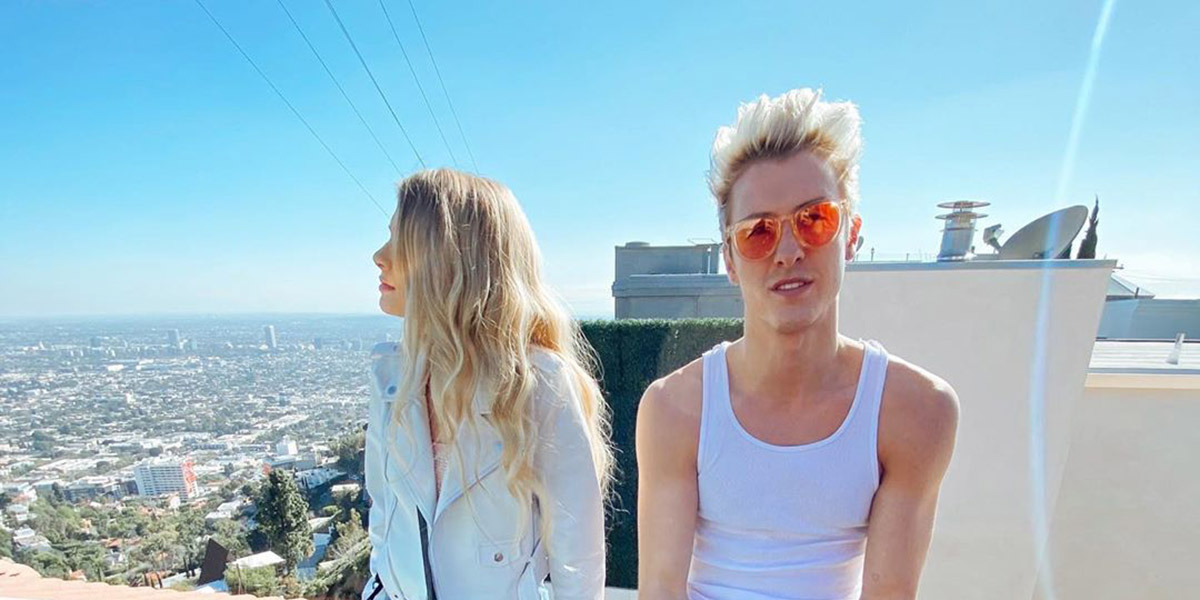 Hit dating reality shows like ‘The Bachelor’ can act as a catalyst for a person to get national recognition, provided they are entertaining enough. Well, Demi Burnett rose to fame in January 2019, when she appeared on ‘The Bachelor’ season 23 to try and steal Colton Underwood’s heart. However, she was eliminated in the sixth week but her free-spirited personality received the love of the audience.

Demi soon bagged an entry into the sixth season of ‘Bachelor in Paradise,’ where she reconnected with her then-girlfriend, Kristian Haggerty. Well, things didn’t work out between the two and they ended up parting ways. Since early 2020, Demi has been dating Slater Davis and they seem to be madly in love with each other. Curious to know the current status of their relationship? Let’s find out!

In October 2019, Demi was fresh off a breakup with Kristian Haggerty, with whom she made history on ‘Bachelor in Paradise’ for being the first same-sex couple of the Bachelor Nation. Demi had even proposed to her in the season finale, and Kristian had said “Of course, I will!”

So naturally, Demi was going through a hard time emotionally. In early 2020, ‘Bachelor in Paradise’ alum Katie introduced the Los Angeles-based musician, Slater Davis to Demi and Katie revealed it was “love at first friend.” Slater first appeared on Demi’s Instagram on February 13, 2020, in a promotional picture for “SUPERMUD Charcoal Instant Treatment Mask,” where she referred to her as a friend.

On February 21, 2020, i.e., on Demi’s 25th birthday, she shared a picture of her and Slater sharing a passionate kiss over dinner. The caption read, “The present I never knew I needed.”

Later, at Chris Harrison’s Rose Launch party, Demi made an appearance with Slater and said that they’re madly in love with each other. Slater even went on to say, “It was love at first sight, honestly. We haven’t spent a day apart.”

Totally. The couple spent the whole quarantine together with Slater Davis’ family in Calabasas, California. Their feeds were packed with adorable and love-filled posts of them together, wherein they can be seen soaking up the sunshine in the pool or playing the popular video game, Animal Crossing.

“It’s been nice getting to spend so much time together and getting to know each other so much better. I definitely think our relationship is stronger than ever,” Demi told People. “There’s stupid bickers every now and then, but we’re getting better at that and working on not being annoyed with each other. I wouldn’t have it any other way.” So did the two manage to work it out, or did their romance fizzle out?

Are Demi and Slater Still Together?

Brace yourselves, for the news, is anything but good. On June 25, 2020, Demi opened her podcast ‘Big Demi Energy’ by saying, “I recently broke up with my boyfriend. I love him, I’m crazy about him, he’s wonderful, and it’s just been really hard. But we are wanting to work on ourselves and we are still very good friends. It’s just never fun whenever you’re going through that.”

After being practically inseparable for four months, Demi said that her relationship got messed up as they began getting on each other’s nerves because of spending too much time together during the lockdown. The reality star added that she was pretty chilled out the whole time but Slater got frustrated because he couldn’t do the things he loved, owing to the lockdown restrictions.

Both Demi and Slater have unfollowed each other on Instagram. Not just that, the former couple has also deleted their pictures from their respective accounts. However, there’s a wee bit of hope that the two might figure things out and get back together as Slater still comes over to her place to return her stuff from his family home. She also told People, “I look forward to (maturity) in my next relationship, whether me and him decide to work it out, or whether it’s with somebody else.” So, all hope is not lost people! (Featured Image Courtesy: Demi Burnett/Instagram)

Read More: Are Garrett and Becca Still Together?