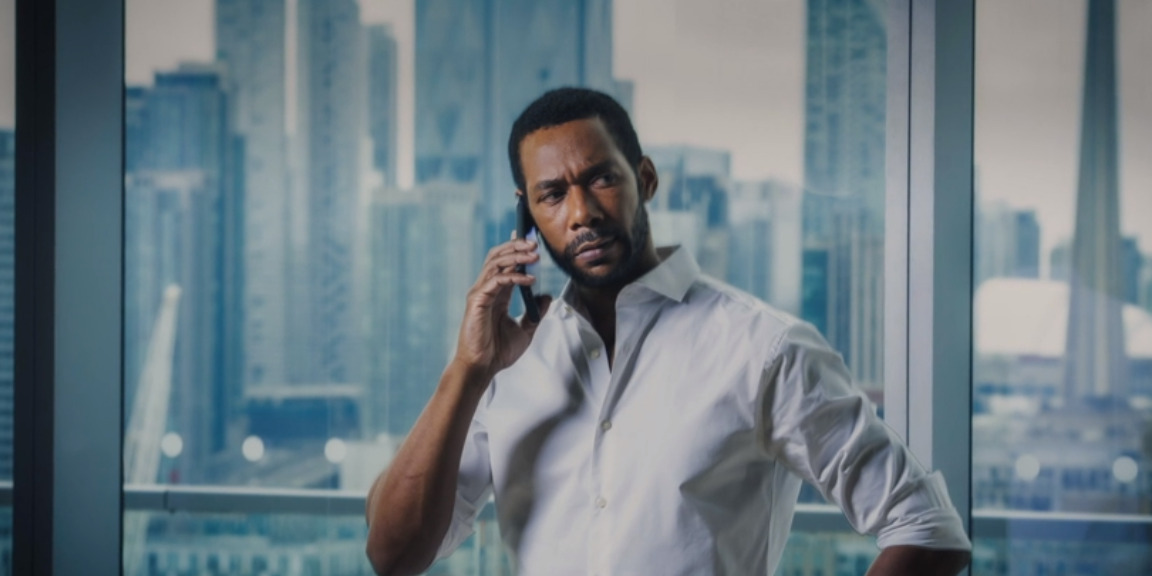 The second season of Vince Shiao’s intelligent and suspenseful mystery drama series ‘Departure’ sees acclaimed investigator Kendra Malley take up the case of another crash. This season, the story quite literally becomes grounded as it moves its concentration from aviation to the railroad. The color palette becomes warmer, and the characters more compelling.

The mystery begins with the crash of an automatic superfast train and plunges the audience into a labyrinthine plot with devastating implications. The mystery is bountiful and boundless and sprinkled with the right amount of lies, deception, and political intrigue. If the finality of the story is making you ponder in silence, let us give form to your thoughts. SPOILERS AHEAD.

The season’s mystery begins with the derailing of the automated high-speed train Apollo on its way from Toronto to Chicago. At 140 mph, the train loses control at a tough turn and hits a tanker truck at a crossing. Seventy-two passengers are dead in total, including the driver, Walter Mack. On Howard’s recommendation, crash investigator Kendra Malley and her assistant Theo fly to the other side of the pond to assist the FTSA in the investigation. They work with FBI agent Ellen, fellow computer geek Charlotte, and local sheriff Parker to break the case. Scotland Yard detective Dom joins in later in the investigation. The derailing of the train leads us to many tracks of mystery, and the mystery leads to a shocking revelation. 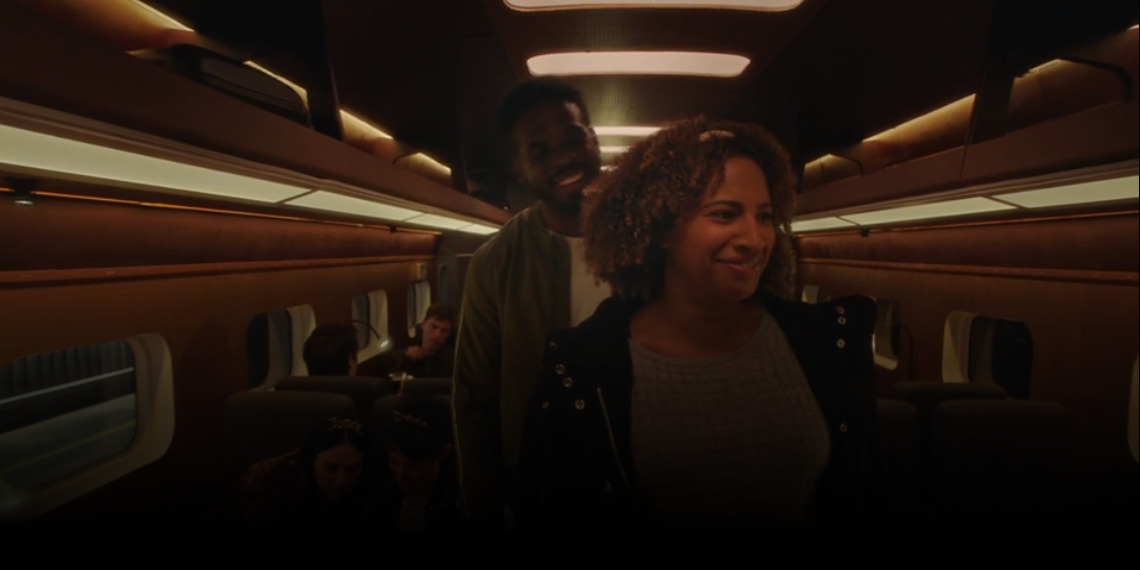 But before that, let us recount the passengers on the train. One of the key passengers among the deceased is Philip Hogan, one of the original designers of the Apollo module software. Later in the autopsy, it is revealed that he was shot at close range. URSA’s co-founder and CEO Jordan Cole comes into the crime scene to assure the police assistance in the investigation process. He studied in college with Philip, but he does not want to give the software log data of Apollo.

Thankfully, the black box is found moments later in the crash. From the recording of the engine room, they hear the cry of help from Walter, the driver. As per the autopsy report, he has a bullet wound in his otherwise decimated head, but suicide is ruled out moments later. Meanwhile, the investigators get a hold of Bill Ratch, the local rail worker, and consequentially Bill gets fired from the company.

There are a few survivors scattered around. Amongst the survivors is an eight-year-old named Lucas, who was traveling with his mother. Unfortunately, Lucas’s mother is dead, and the investigation team has custody of Lucas after his recovery. A fugitive named Max O’Neil, who the FBI was escorting, is on the run. After a happenstance meeting with Kendra, Max and she get on somewhat amicable terms.

His angle leads the investigators to potential gang involvement. Max’s wife Maria was the sister of Carlos Ortega – the leader of the gang Matalona – and Max thinks that Ortega may want him dead. Max also thinks that the FBI is involved, but it turns out to be his own fallacious perception. Right off the bat, though, it comes off as a gang-incited massacre. But some people may thwart Kendra off the investigation. 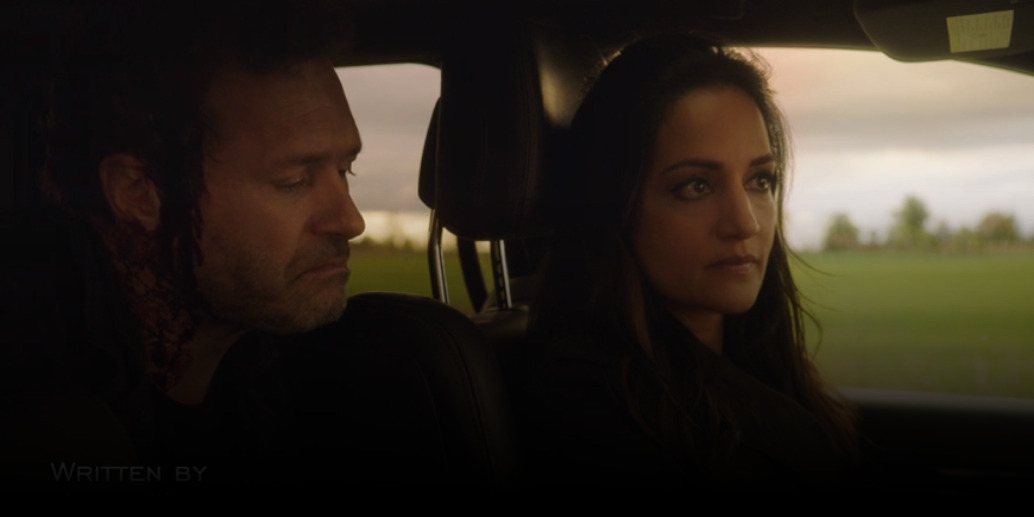 Kendra has a tête-à-tête with local governor candidate Diana Bright, who wants to motivate people to take action since a dangerous fugitive is running amok. Diana’s son, Richard, finds Bill Ratch and convinces him to provide an election campaign ad statement. Instigated by Diana’s statement, someone shoots Max down, who ends up at the same hospital as Lucas. When Lucas comes to greet Max, Max asks Lucas to keep a secret, and we cannot overhear their whisper.

However, it is later revealed that Max has a courier for Kendra – a microchip full of the financial records of the drug cartel, which brings the FBI another step closer to Ortega and the gang. Max is heading to Chicago to meet Emilio, his trusted friend who seemingly ratted him out. With Max’s help, Ellen captures Ortega. But in one of the many twists, Ortega has nothing to do with the crash, which leads us back to Max’s faulty perception and paranoia theory. Maybe Max was not the target.

Maybe Philip Hogan was the target. After some digging, Charlotte and Theo find out about the Joint-Holding Agreement, a legal bond that ensures that if one of the patent holders is deceased, the shares are redistributed back to the primary holder. Coincidentally, Hogan’s last telephonic contact before the disaster was Connor Tate, who is also dead in a separate car crash. Like the train, the car shows signs of tampering with brakes. Dom and local police investigator Siobhan visit Connor’s sister Rose, and the sight of Hogan’s photo makes her fidgety.

Although Rose does not divulge anything to the police, Kendra and the team’s research reveals that Rose is one of the four primary shareholders of URSA, along with her brother Connor, Philip Hogan, and Jordan Cole. Among the four, two are now deceased, which seemingly narrows the suspects down to two. Dom goes back to Rose’s place to find her in her bathtub, unconscious after a suicide attempt. Jordan Cole seems to be the perpetrator of the string of murders then, but the muddied situation further blackens as Cole is also shot dead by a ghost assailant.

Departure Season 2 Ending: Who Is The Ghost? Is He Dead or Alive?

The ghost assailant of Philip Hogan returns to the crime scene for another act of evidence tampering. As Theo discovers that the brakes were engineered for disaster, the ghost assailant hits him from behind. While rescuing Theo, Bill Ratch seems to recognize the ghost. We come to know that this guy boarded the train from Detroit, stayed invisible for most of the journey, and shot Philip Hogan in cold blood when it was the time. He goes by quite a few names, but his real name is Tyler Brick, an ex-military and a former worker of URSA who was under the supervision of Bill. 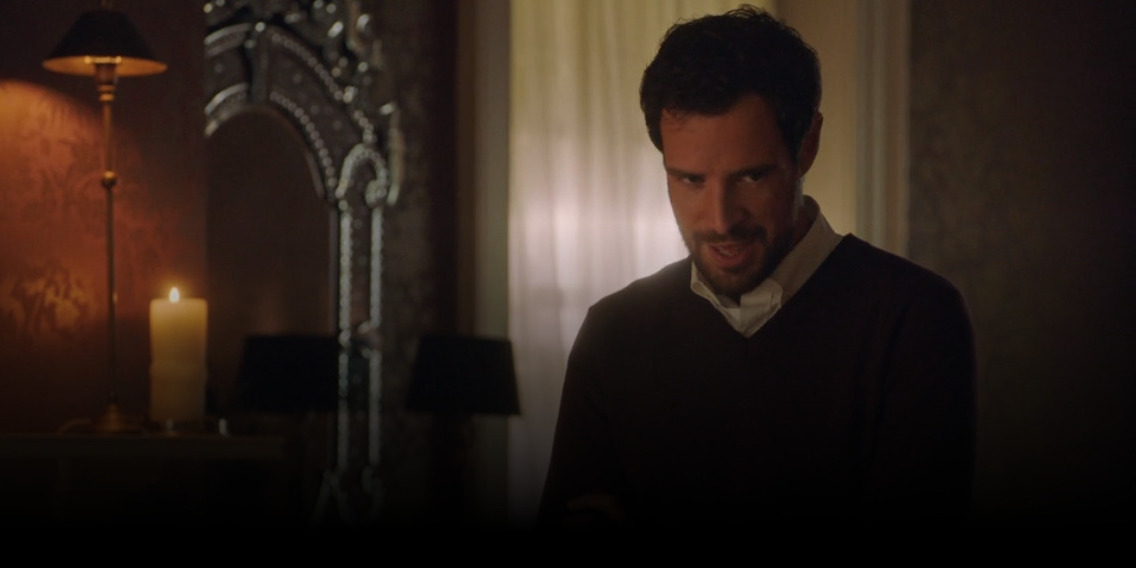 This is the explanation of Bill’s flabbergasted face when he looks at the assailant and why he concealed the information from the police. Tyler Brick gives Bill a visit shortly after, and after a confrontation, Bill realizes a devastating truth: the braking system is still not automated. Ellen and her team close down on Tyler, and Kendra insists on joining the raid. After a confrontation with Brick, an unarmed Kendra falls into a precarious situation.

While Ellen rushes to save her, the criminal gets away. They find writings in the diary of Tyler, which are seeming attempts at atonement. He holds a pretty radical and twisted view of the world. Ellen puts a BOLO on Tyler, but Tyler still manages to reach Jordan Cole. After assailing Jordan, Tyler is confronted by the police, and he goes down in a gunfight. Therefore, that is the end of Tyler, but that does not answer the biggest question of all.

Who Orchestrated the Disaster? How Did They Pull It Off?

In the end, it becomes clear that the disaster was orchestrated by Richard Bright, the son of governor-elect Diana Bright. Richard and Rose are seemingly old acquaintances, and even lovers, at least from Rose’s perspective. Richard wanted to buy URSA from its original shareholders, and there was a major disagreement. Neither Connor nor Philip wanted to sell the company. Jordan’s stance remains ambiguous till the end, but the ending reveals his ambiguity as a façade to maintain the company’s face. In reality, Jordan has a hunch that Richard has something to do with the mass murders. 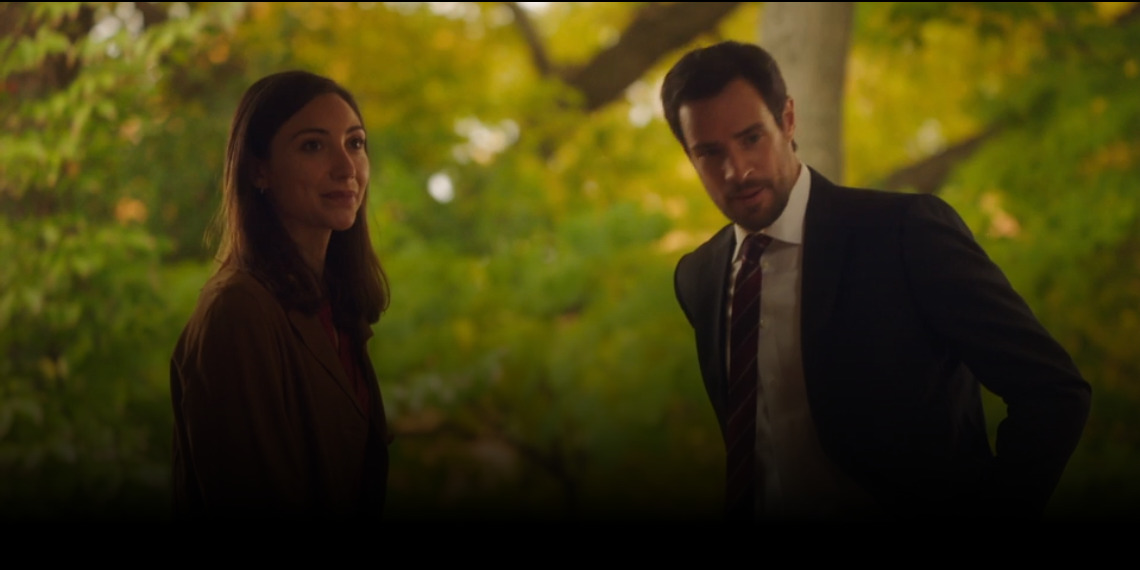 Richard causes the disaster to lower the stock price of URSA. And after the death of Jordan Cole, the shares take another hit. At the juncture, Richard intends to buy the company cheap. Richard’s mother may be complicit since she ultimately uses the disaster to fill her vote banks. She also wraps up the story with her seemingly heartfelt statement to the families of the deceased, but we know that the politician in her is quite adept at personal touches.

But Richard and her mother ultimately use ideological indoctrination to motivate the perpetrators as they seek to clean their hands. One of the engineers of the attack is Tyler Brick. Brick is not a superhuman that he can tamper with the brakes, shoot the driver and Philip, and run away unscathed. He must have an accomplice.

The final twist reveals sheriff Parker to be the other perpetrator. He is seemingly driven to the act because automation technology is claiming millions of jobs. But we come to understand that it is just information fed to him by the Bright mother-son pair. The sheriff kills the driver while Tyler Brick meddles with the brakes. Brakes still require manual assistance, and the orchestrators exploit the one vulnerability in the software.

What Happens to Lucas?

In the aftermath of the investigation, Kendra’s reputation earns her a job offer at the Ministry of Transport in the US. It seems that she is considering it, but meanwhile, she would have to return to London to meet AJ. AJ, we learn from Dom, is completing his first year of college from Oxford after his stint at vandalism. Theo makes successful passes at Charlotte, and they plan for study sessions in the future.

However, what happens to Lucas, one may ask. His character is a compelling addition to the story. His deceased mother’s abusive husband comes to pick Lucas up, but he does not want to leave with the man. With Ellen’s support, Kendra manages to keep Lucas with the investigation team till they find the whereabouts of Lucas’ next of kin. Lucas is a key witness to the unfolding of the mystery, and after the final cat-and-mouse chase with the sheriff, his trauma is only imaginable. However, in the finality of events, Lucas leaves with his grandfather Mr. Miller. Before leaving, he makes Kendra a promise to keep in touch.