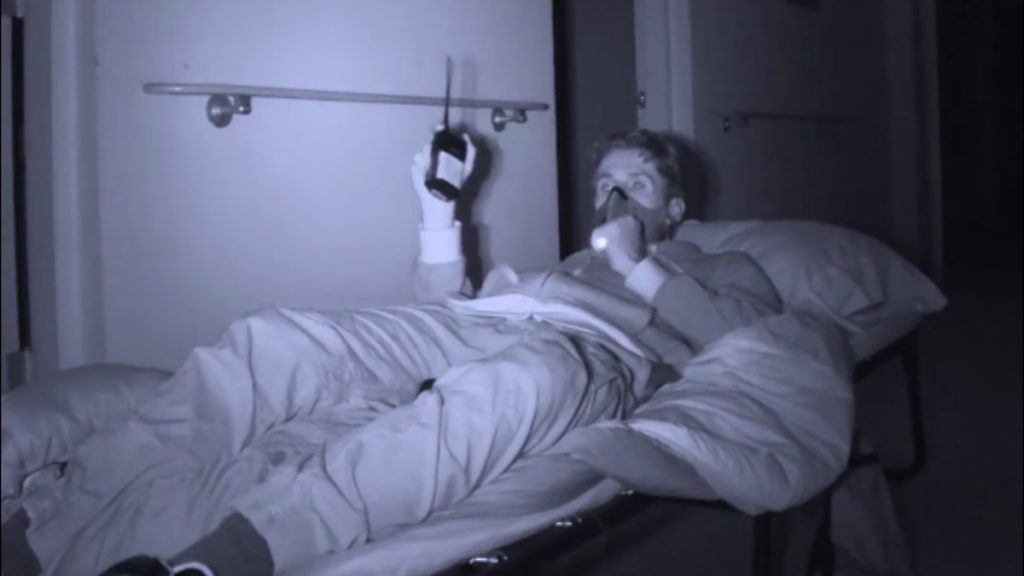 The hosts of ‘Destination Fear’ have been passionate ghost hunters with years of experience. To be clearer, Dakota Laden, a Minnesota native realized his passion for exploring haunted places when he was in high school. This passion led him to make YouTube videos that mimicked the style of his beloved ‘Ghost Adventures.‘ This earned him a guest appearance on that show!

In ‘Destination Fear,’ Laden carries his passion forward along with his sister, Chelsea, and his best friend, Tanner Wiseman. Together, the three go on a road trip to the scariest locations in the United States. Moreover, each host sleeps solo for a night at the selected haunted place to record their experiences!

Where is Destination Fear Filmed?

As mentioned earlier, ‘Destination Fear’ takes viewers to actual places in the United States which are believed to be haunted. Hence, there is no permanent filming location for the show. ‘Destination Fear’ is shot at all the places that Laden & co. head to. It wouldn’t really be a reality show otherwise. Below you will find all the locations that the show has been filmed in, with a focus on the locations that Laden & co. travel to for the second season.

One of the locations that ‘Destination Fear’ travels to for the second season of the show is Nopeming Sanatorium: a place that Dakota Laden has been dying to go to for several years. In this episode, Tanner notices something extremely freaky while sleeping solo.

The Nopeming Sanatorium is an abandoned facility that once hosted more than a thousand tuberculosis patients. It is believed that the spirits of those patients that died here still roam the abandoned facility. While Chelsea and Dakota were in the basement, they heard a very loud crashing sound that spooked them. Upon checking their footage, they were left extremely shocked…

Another location that the ‘Destination Fear’ team travels to for the second season is the Sheboygan Falls Asylum in Wisconsin. Reportedly, Laden and co. will be the first television crew to step inside the building. Moreover, they will also be the first paranormal exploration team to spend the night inside the asylum. Apparently, Dakota Laden’s most disturbing night this season was the one he had to spend at Sheboygan Falls Asylum.

OMG I TOLD @DakotaLaden, @ChelseaLaden, @Tanner_Wiseman, & @Alex_Schroeder4 IF @destinationfear GOT A 2nd SEASON THEY SHOULD GO TO THE SHEBOYGAN COUNTY INSANE ASYLUM IN WISCONSIN & THAT’S ONE OF THE PLACES THEY WENT TO! 😮 I’M SO EXCITED TO WATCH #DestinationFear SEASON 2! 🤩❤️👻 pic.twitter.com/kPJPB2ofoO

Apart from the locations mentioned above, the ‘Destination Fear’ team also traveled to Hill View Manor in Pennsylvania. Here, the cast and crew’s experience shook them so much that one person had to be taken to the hospital! Apart from that, the other locations that will be seen in the second season include Cambria County Jail in Ebensburg, Pennsylvania; Yorktown Memorial Hospital in Yorktown, Texas, Hill View Manor in New Castle, Pennsylvania, and Old Montana State Prison in Deer Lodge, Montana.