Desz From The Voice: Everything We Know 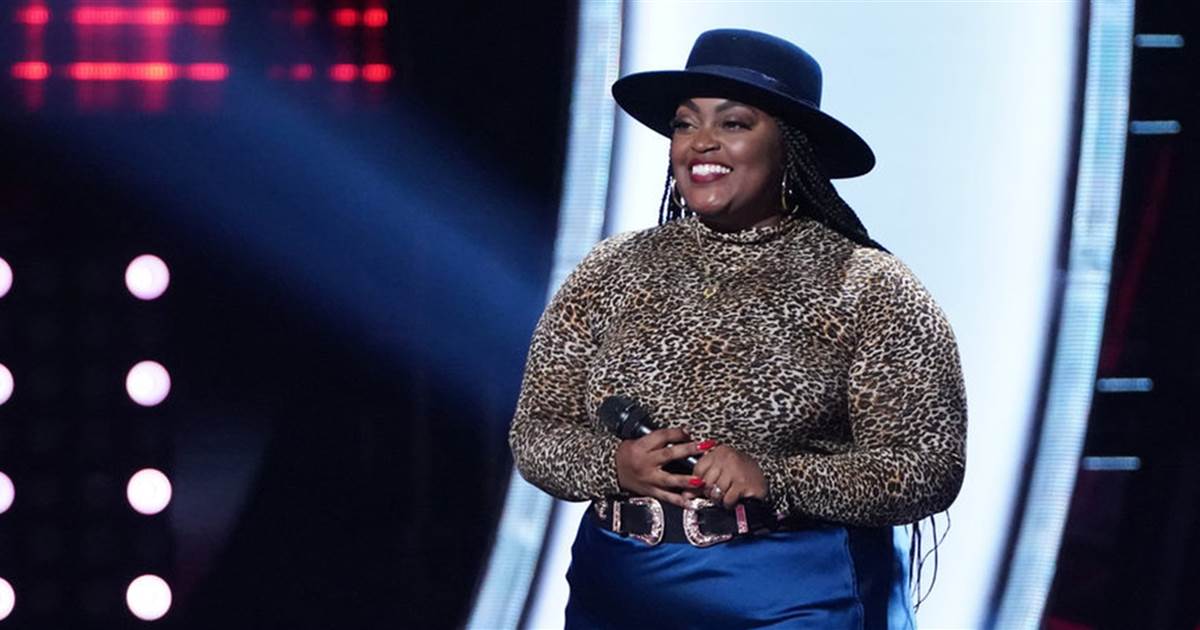 ‘The Voice’ is a singing reality competition series that has introduced several legends to the music industry by offering all the contestants a chance to be vocally polished by world-class musicians like John Legend, Blake Shelton, Gwen Stefani, and Kelly Clarkson. In addition to this, it also provides the golden opportunity of signing a recording contract with Universal Music Group along with a whopping $100,000 cash prize.

Despite the pandemic, season 19 of NBC’s iconic show made a safe haven for the professional and amateur singers to showcase their talent and bag the winning trophy. The one participant who set the bar “pretty high” during her very first performance is Desz. Watching her power-packed performances intrigued us to know more about her, and here is everything we found out!

Desiree Washington is a 30-year-old woman who grew up as a coy child in a musically-inspired family. Born in Camp Pendleton in California, her family eventually moved to Houston, Texas. The talented artist’s mother always encouraged her to sing. Sadly, she left for heavenly abode when Desz was only 11-years-old. After losing her to a heart attack and aneurysm, the daughter sang at her funeral. She described the experience as “the most nerve-racking, the most uncomfortable situation I could ever be put in, and I would never wish that on anyone.” 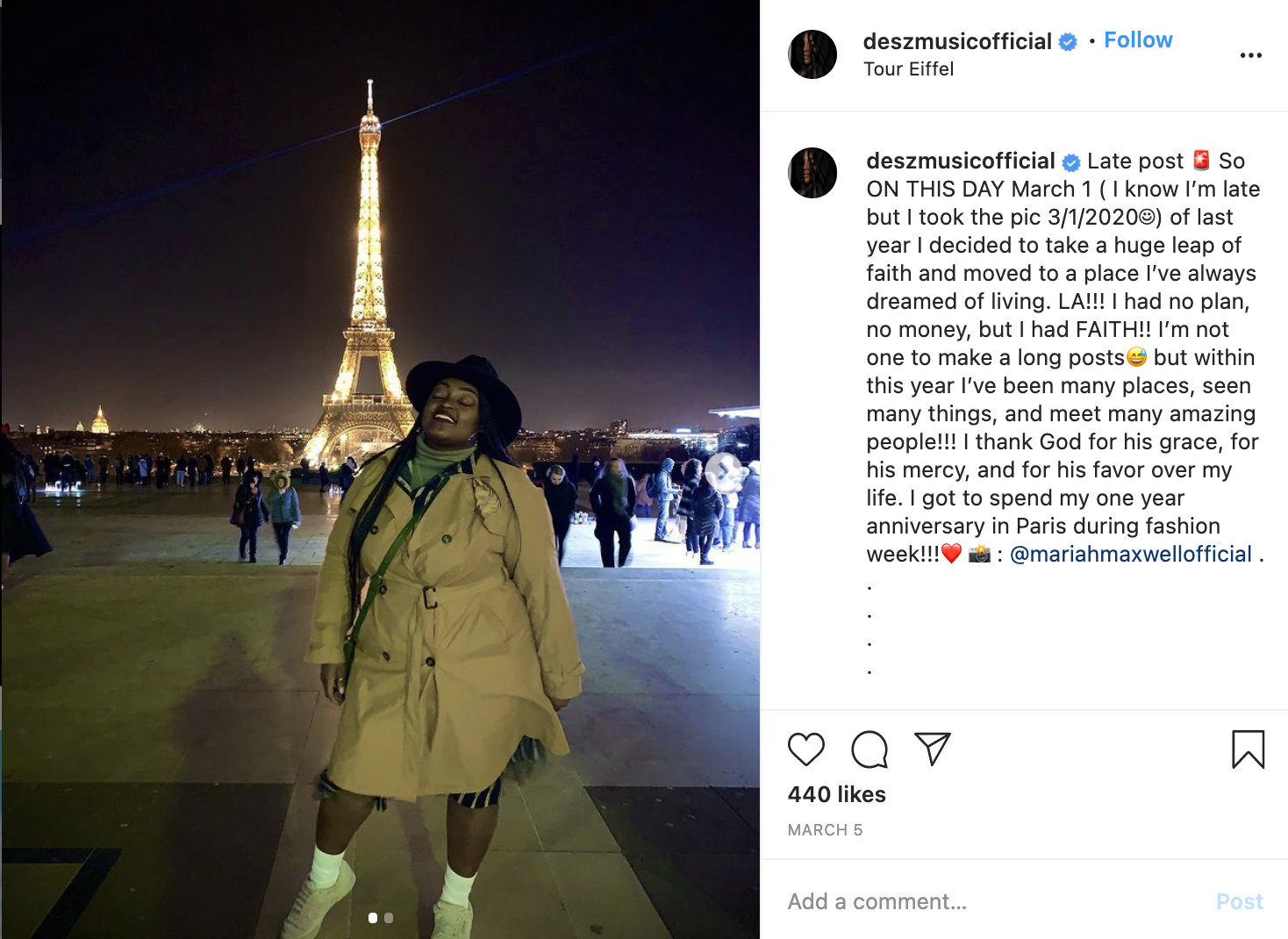 Though music had always been a huge part of her since childhood, Desz admits that it became a full-blown passion when she attended Prairie View A&M University (Texas). A tech class at the institute introduced her to the concept of constructing music on Garage Band’s free Apple application. The revelation changed the course of her life as she began to frequent Houston open mics from then on. The classical trained singer’s love for R&B and opera music seems to have brought out the best in her.

Since an early age, Desz had recognized her love for singing, and after being encouraged by her mother to pursue music, she began singing in her school and the local church. Heartbreakingly, her first public performance was her mother’s funeral. But the tragedy of the situation did not take away her love for the industry. The worship leader at Harvest Point Fellowship Church began to perform at all the local venues and for any occasion like weddings, receptions, bar mitzvahs, to name a few. Desz also became a lounge singer, but the role failed to thrill her. 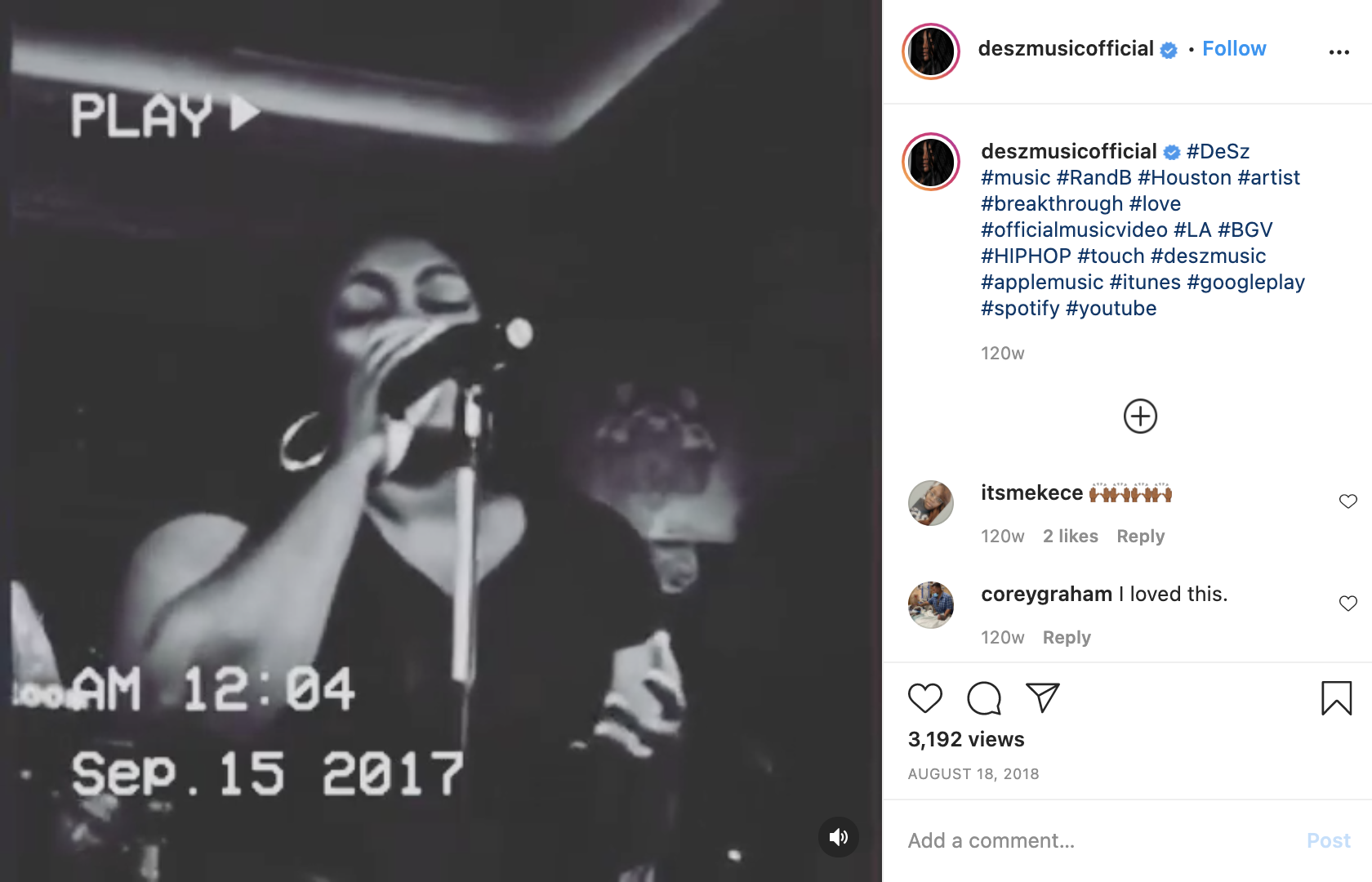 In 2019, Desz resolved to follow her passion and moved to Los Angeles. Shortly after landing, she auditioned to perform with Kanye West’s Sunday Service Choir at Coachella. Luckily, she got through and earned the opportunity to be a part of the gig. Sheerly due to her dedication and pure talent, she became an active member and even toured with the group to play at sold-out shows. Before becoming a part of Team Kelly, Desz had already had the taste of international acknowledgment as she has also featured on the “Jesus Is Born” album.

OMG IM SO EXCITED AND HONORED TO BE ON #TeamKelly 🎉on #TheVoice @NBCTheVoice @kellyclarkson Dats It😜 pic.twitter.com/LltdsNnTjA

The year 2019 really turned her life around as she also released an original single, “Touch,” and continued to work on EP during the lockdown phase. Desz officially began her journey to achieve worldwide fame and success after appearing on NBC’s ultra-famous series, ‘The Voice.’ The “warrior vocalist” instantly won the hearts of the audience and all the four coaches with her straight-from-the-heart recital of Toni Braxton’s “Un-break My Heart.”

Desz’s impeccable rendition of the iconic song placed her amongst the best of the contestants. After the well-deserved four-chair turn blind audition, her sassy and soulful performance on Tina Turner’s classic number “What’s Love Got to Do With It” sealed the deal for her followers. Desz’ flawlessly delivered high and low alto notes made the judges and viewers yearn for more of her songs, and hopefully, we would all get to hear them soon.

Read More: John Holiday From The Voice: Everything We Know