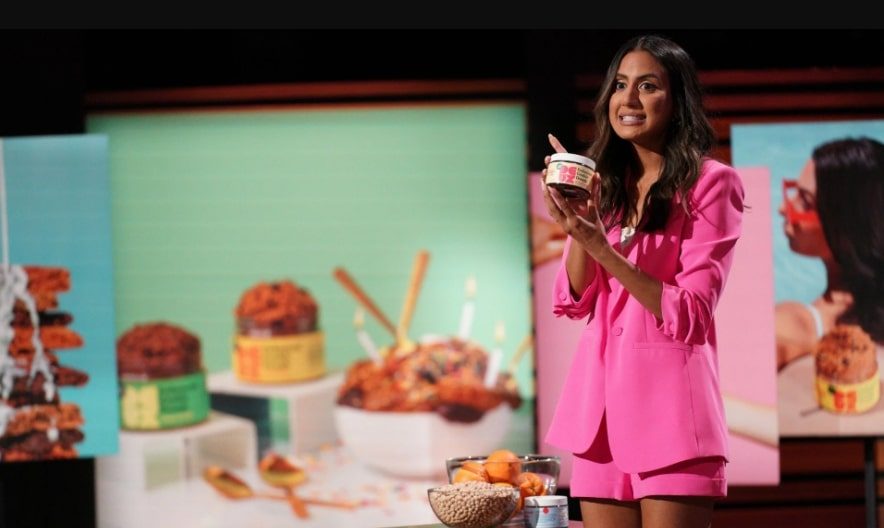 There’s no denying that healthy, sustainable, and plant-based food items have been all the rage in recent years, especially when it comes to sweets and desserts. Of course, there are public debates on whether taste gets compromised, but many suggest that it’s a price you have to pay for good-for-you eatables. However, as seen on ABC’s ‘Shark Tank’ season 13 episode 6, it appears as if Deux has eliminated this concept entirely by creating flavorful, vegan, and vitamin-enhanced cookie dough. So now, if you’re curious to know more about them, we’ve got you covered.

Deux: Who Are They and What Do They Do?

Sabeena Ladha is the Founder and CEO of Deux (pronounced as “dough”), the notion of which came into existence when she casually mentioned to her friends that she wished the supplements she was taking came in the form of cookies. Soon, the group went on a hunt to uncover such confections and found none, and that’s how they decided to develop the product themselves. Sabeena’s background — a Business degree from The University of Texas at Austin – Red McCombs School of Business and experience from food conglomerates like PepsiCo and Diamond Foods — also supports the venture.

Sabeena and her trusted group subsequently started working with gluten-free and plant-based ingredients, partnered with a naturopathic doctor to find the most impactful elements, and ended up creating a cookie dough recipe that is unlike any other. After all, it is gooey, delicious, and achieves the primary goal of being enhanced with the right amount of supplements. That’s when different flavors came into the mix, and Sabeena decided to launch Deux by selling her products on Instagram through direct messages and Venmo. The business commenced in October 2020.

As a healthy cookie dough start-up, not only does Deux has potential in terms of clientele numbers, but it also offers them something original and different. Thus, when they hit their year-end sales goals in merely a week, Sabeena and her team saw the massive opportunity, quit their stable jobs, and dove headfirst into the business. As for how you can consume the products, it’s easy — you can either eat the dough as is without any worries or bake them into cookies. Whatever your preference may be, Deux guarantees that you won’t be losing out on the deliciousness.

Deux: Where Are They Now?

Deux has had their fair share of difficulties considering how fast they’ve grown, especially when it comes to balancing supply and demand, along with retail expansion. However, because its executives seem to love what they do, they’ve managed to overcome it. In fact, they recently raised around $1 million in seed money, which they hope will soon lead to national retailers becoming their primary sales drivers. We should also mention that Deux grew over 600% in sales between January and July 2021 and hopes to launch a few different healthy and vegan sweet alternatives as well.

Apart from cookie dough, Deux also offers Drip (which they imply to be a Nutella alternative), a tote, holiday cookie cutters, a scoop, and a spoon. Each jar of their consumable product and the tote costs $15, whereas the utensils cost $5. All 12-ounce container has about 12 servings, and you only have to place the dough into an oven for 8-9 minutes at 350° F to bake it.

Some of the best-selling flavors of Deux include Chocolate Chip with Zinc for immune support, Brownie Batter with Aloe Vera Extract for collagen support, and Ginger Doodle with Ashwagandha for stress relief. You can buy Deux products from their website, Erewhon, and a couple of other local stores. They are one of Erewhon’s top-selling desserts.