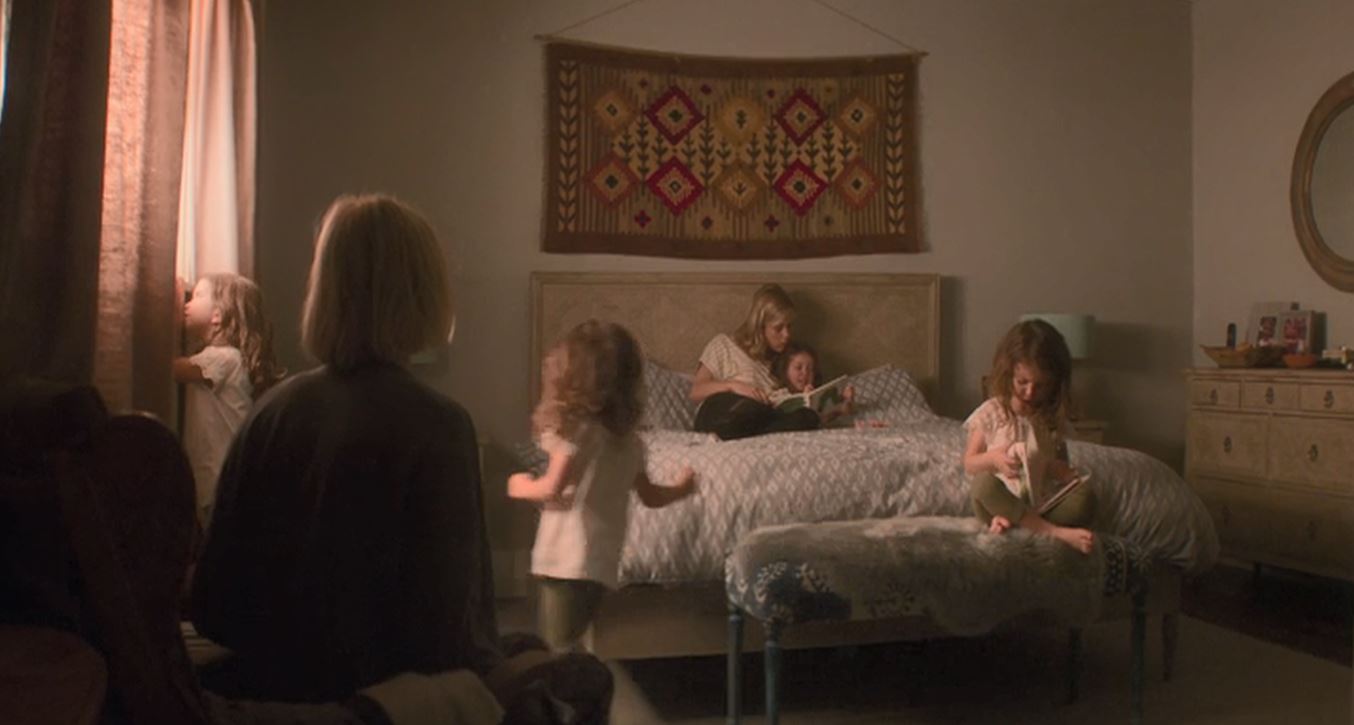 ‘Devs‘ has been a mind-bending science-based thriller from the mastermind responsible for ‘Ex Machina’ and ‘The Beach,’ Alex Garland. For the seven episodes aired so far, the Hulu mini-series manages to project a murder mystery tale while posing some seriously deep philosophical questions.

With just one episode to go, ‘Devs’ has set up its finale gloriously. Viewers would not only be looking forward to an end to Lily’s quest for justice, but also for some closure regarding the future of the Devs machine. The penultimate episode turns out to be another craftily assembled installment. Three characters die in this version of the episode. However, at least one character dies in every alternate version of the episode in every alternate reality.

The seventh episode starts with the iconic opening line from Steve Reich’s ‘Come Out:’ “I had to like open a bruise up and let the blood come out to show them…”. Meanwhile, the Devs machine projects cavemen. Katie decides to leave Forest’s house in the morning. The two have seen the future and know that Lyndon will be in Katie’s car. Meanwhile, Lily tells Jamie that she intends to contradict the predictions of the Devs machine by not going to Amaya and staying home.

Katie finds Lyndon in her car, and the two go to a dam. Katie tells Lyndon that she knows that Forest is wrong. She tells Lyndon that he will be climbing over the dam’s railing a few seconds into the future. Katie tells Lyndon that she won’t tell him whether he falls down or not since she wants to test his faith in the Everett interpretation. If Lyndon survives in the present version of reality, he will be alive and get to rejoin Devs again. In some versions of reality, according to the Everett interpretation, Lyndon will die, and he has to accept that.

At first, Lyndon manages to balance himself but then falls down. His fall is shown multiple times. Stewart’s voiceover states how humans are terrified of gradually marching towards their certain death. At Devs, Stewart tells Forest that the machine works perfectly because everyone followed Lyndon’s theory as opposed to his (Forest’s) “restricted obsessions.”

Kenton breaks into Lily’s house. He shoots Jamie. Lily manages to hide and hit Kenton with a vase. However, Kenton manages to survive and begins choking Lily. Then, the homeless man saves Lily! He strangles Kenton using a wire, killing him.

Then, the homeless man tells Lily that he works for Russian intelligence and was responsible for protecting Sergei. His orders after Sergei’s death were to observe Lily. He tells her Lily that he is going to disappear. He tells Lily that she has two options: to either go to the CIA or return to Hong Kong. Lily decides to go to Devs.

Several viewers would have wondered why Lyndon chose to climb over the railing and what the act of faith is. His action is compared to a mystic walking on a bed of coals. But what does that mean?

Well, Katie tells Lyndon that he would be testing his faith in the Everett interpretation by climbing over the railing without being certain of his future. What this means is that Lyndon has complete trust in the deterministic principle (that everyone’s fate is pre-decided). By climbing over the railing, he essentially stops believing that he has any free will. Moreover, he believes that he will die in some versions of reality, but survive in others. Hence, he will work at Devs only in the versions where he survives.

In a nutshell, Lyndon thinks that he is testing whether he will get to work at Devs in this version of reality or not. However, he is shown falling multiple times, as if he falls in every single version of reality. This is explained by Stewart’s voiceover about death.

This is what we meant when we said, “Three characters die in this version of the episode. However, at least one character dies in every alternate version of the episode in every alternate reality.” Basically, Lyndon’s death was certain. However, Kenton’s altercation with Lily could have gone either way. The homeless man was not ordered to protect Lily, but he chose to do so. Hence, one can presume that the homeless man might not have saved Lily in a few alternate realities. Moreover, another possibility is that Kenton might have never been able to break into Lily’s apartment in another alternate reality. In such a scenario, Jamie and Kenton both might have been alive.

Towards the end of the episode, Lily reaches the Devs machine. Firstly, she is allowed inside because Forest has ordered the security personnel to not stop her. Secondly, Lily does not have a concrete reason to be at Devs. However, she does not have any other place to go. Her motif does not matter. The Devs machine predicted that Lily would be at Devs. The prediction ended up being true despite Lily having decided to stay home. This signifies the fact that humans might not actually have the free will that we think we do.

The human obsession with free will is somewhat reasoned by Stewart’s voiceover. As mentioned earlier, Stewart suggests how humans are terrified of certain death. He shares how most people haven’t accepted the fact that they are marching towards certain extinction and nothingness. Yet, they try to change or delay death. This desire to change fate despite it being pretty much sealed is similar to an exercise of free will. Free will, according to the show, does not exist. However, humans do not like that fact and strive to change it.