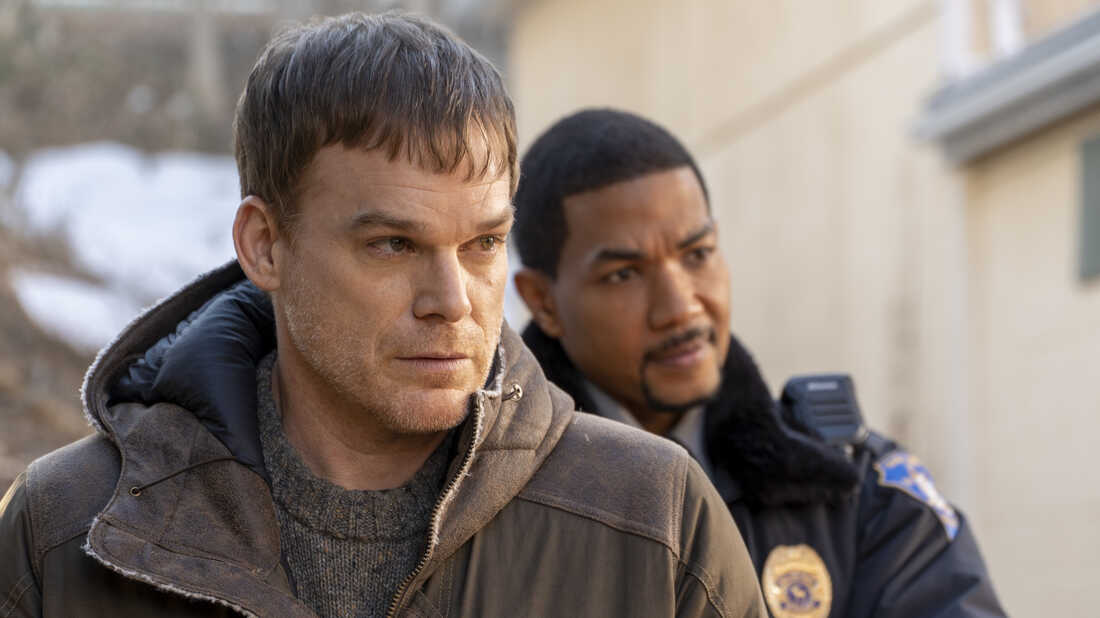 About eight years after the conclusion of the original series ‘Dexter’, the anti-villain protagonist Dexter Morgan (Michael C. Hall) makes his return in the revival show, ‘Dexter: New Blood.’ He now lives in the snowy town of Iron Lake, New York; it’s as far as one can possibly get from the sunny and warm Miami. The monster inside him has been under control for over a decade, but it does wait impatiently to come out in every lingering shot. Dexter lives in Iron Lake under the alias Jim Lindsay, a clear nod to Jeff Lindsay, the author of the original series of books. Here is everything you need to know about the ending of ‘Dexter: New Blood’ episode 1. SPOILERS AHEAD.

Dexter, known to the good people of Iron Lake as Jim, works at a local fish and game store and is dating Angela Bishop, the Iron Lake police chief. Life seems to be content for the former bloodstain pattern analyst. He has reined in the psychopath by adhering to a strict routine. Even if he still doesn’t know how to deal with most social situations, he has become an exceptional mimic, emulating others’ behavior to pretend that he is a mellow and unassuming man.

Iron Lake is a type of small, picturesque town where everybody knows everybody, and the crime is negligible, allowing the police chief to have roadside dalliances with her boyfriend. The desire for blood and murder still simmers within him, but Dexter overlooks them and continues to adhere to Harry’s code. Things begin to change with the arrival of two individuals: Harrison — who brings Dexter’s past along with him — and Matt Caldwell — a rich and spoiled youth whose dark, secret history might offer Dexter a way back to his madness.

No, Debra Morgan (Jennifer Carpenter) isn’t alive in ‘Dexter: New Blood.’ The fans of the original show would know that she was fatally shot while confronting the serial killer Oliver Saxon or “the Brain Surgeon.” After being taken to the hospital, she has a stroke and goes into a persistent vegetative state. Dexter deals with Saxon before heading toward the hospital amidst a hurricane. He shuts down Debra’s life support in an emotionally charged scene and then takes his boat to submerge his adoptive sister’s body at sea. Yet, Debra seems to be present in ‘Dexter: New Blood’ episode 1. 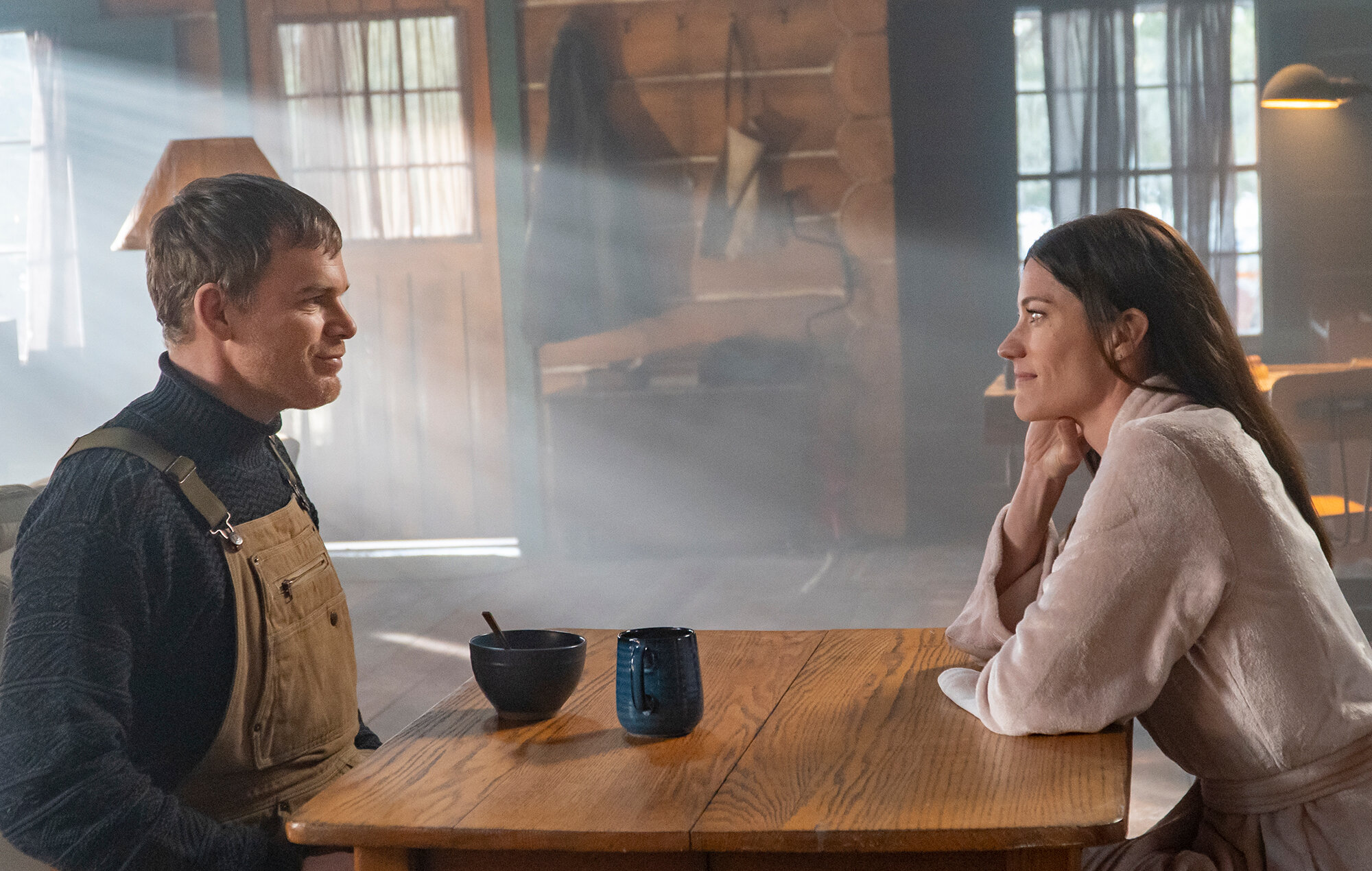 As it quickly becomes evident, this Debra isn’t real. She is the manifestation of Dexter’s conscience — the human side of him. For all her faults, Debra represented something inherently good in Dexter’s life, and even after her death, she continues to play that role. Every day, Dexter wakes up to find her there with him in the cabin. And though she isn’t real, her presence keeps the darkness at bay. However, all that ultimately is a pretense. Dexter knows that Debra isn’t there. The moment Harrison comes back into his life and Dexter sees a man that fits his modus operandi, that pretense falls apart.

Who Is Harrison? Why Is He in Iron Lake?

Harrison is Dexter’s son with his late wife, Rita Bennett (Julie Benz). In the final episode of ‘Dexter,’ Harrison is last seen with Hannah McKay, his father’s former girlfriend and serial killer. The two of them are in Buenos Aires when Hannah learns that Dexter has apparently died. The fact Harrison has shown up at Dexter’s doorsteps means that he has somehow come to know that his father is alive. Not only that, he has figured out exactly where his father is. It’s not an easy thing to accomplish, let alone for someone as young as Harrison.

The original series draws several parallels between Dexter and Harrison, so it’s possible that he has inherited some of his father’s psychological traits. During their initial meeting, Dexter refuses to acknowledge him. Heeding Debra’s words, he decides to let Harrison go, believing that any association with him will only cause the boy pain and suffering. However, after Dexter kills Matt, his desire to reconnect with his son becomes undeniable, and he brings Harrison back to his home.

Who Is Matt Caldwell?

Matt Caldwell is the rich youth that comes to buy hunting gear at the shop where Dexter works. The latter finds out that Matt caused the deaths of several people in a boating incident, making him the perfect fit for Dexter’s modus operandi. However, Dexter initially ignores the cravings, desperately attempting to hold onto the peace and contentment he has found in Iron Lake. However, fate seemingly has different plans for both of them.

Matt kills the white buck, which Dexter has been chasing for a few days but never shooting, bringing the serial killer out. Matt effectively becomes Dexter’s first kill in about a decade. Outside his hut, Dexter sets up a makeshift killing room and proceeds with the ritual. But he acknowledges that time has passed since his last kill, and he has evolved. Now, he no longer needs to keep trophies.