Did 90 Day Fiance’s Bilal and Shaeeda Sign a Prenup?

TLC’s ‘90 Day Fiance‘ brings into focus the difficulties of a cross-border relationship as it focuses on US citizens who are engaged to foreign nationals. While the foreign partners arrive in the United States on a K-1 Visa, they are compelled to marry within 90 days or face deportation. Interestingly, cross-border relationships are additionally challenging since couples have to deal with different habits, customs, and lifestyles. Still, with their future in the balance, it is interesting to witness how each pair tackles the issues in a unique way.

Interestingly, once divorced, Bilal Hazziez met Shaeeda Sween through some mutual friends online. Although they were initially reluctant to talk to each other, their relationship soon blossomed, and Shaeeda came over to the US, intending to get married. However, she was caught off guard by Bilal’s insistence on signing a prenup, and the legal document appeared to form a divide between the two. Let’s investigate further and find out if Bilal and Shaeeda did sign a prenup, shall we?

Once Bilal and Shaeeda got talking online, they realized that they had a lot in common and would gel pretty well together. Interestingly, Bilal is once divorced and even has two children with his ex-wife. Naturally, he was quite reserved about finding another partner, yet could not help but fall for the Trinidad and Tobago national after getting to know her online. Pretty soon, Bilal flew out to the foreign country and after spending just a week together, knew that Shaeeda was the one for him. Thus, he got down on one knee and popped the question, which the foreign partner was only too happy to accept. 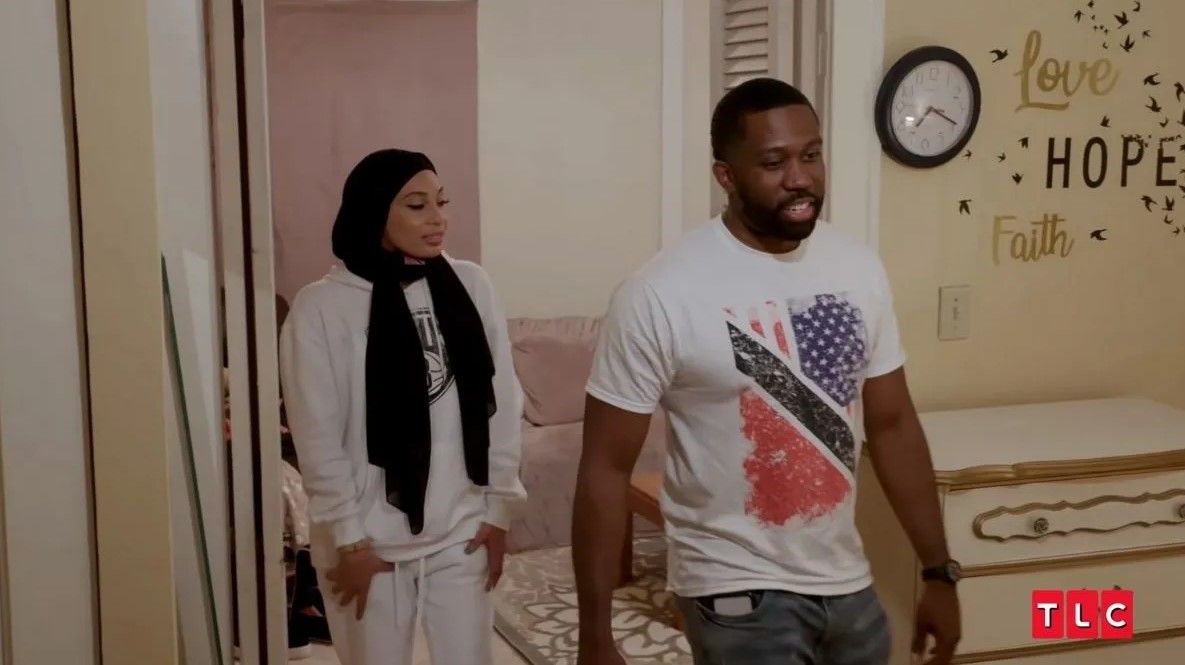 Not wanting to waste a lot of time, Shaeeda soon applied for her K-1 visa and came over to the United States. However, Bilal feared that she was just after his money and hence, took her to his less-impressive childhood home to test her character. Naturally, seeing the house’s condition, Shaeeda expressed her doubts, which disappointed Bilal. Nevertheless, the couple soon overcame the minor hiccup and began living together in Bilal’s Mansion in Kansas City.

Interestingly, with time, Shaeeda met Bilal’s family, his children, as well as his ex-wife and seemed to get along pretty well with all of them. Although she really wanted Bilal’s children to call her Umi or mother, they found it awkward to do so, and the Trinidad and Tobago native decided it was a conversation for later. From the looks of it, Shaeeda had easily adjusted herself to life in the US and even got acquainted with a few members of the local Muslim community. However, several issues soon began plaguing their marriage as the couple never appeared to see eye to eye on things. From attending mosque on a particular day to keeping the house clean and even Shaeeda’s playful nature seemed to instigate an altercation between the two. Moreover, while Shaeeda wanted to have kids in the future, Bilal was totally against such a desire.

Nevertheless, Bilal and Shaeeda tried their best to sweep such issues under the carpet and look forward to a wonderful marriage. Yet, the Kansas City native soon presented Shaeeda with a prenup as he was scared of losing everything if they had to divorce. However, Shaeeda was quite against a prenup and claimed that she wanted their love to be pure. She was also pretty disappointed as Bilal kept harping on about the prenup and finally got it checked by her own lawyer. Surprisingly, the lawyer revealed the prenup to be one-sided and advised the foreign national against signing it. On top of that, Shaeeda insisted that even if Bilal made her sign a prenup, she would need to have full ownership of any business she starts in the United States. Although there is no definite information on whether the two signed the prenup, we can confirm that they did arrive at a mutual understanding and are happily married at present.