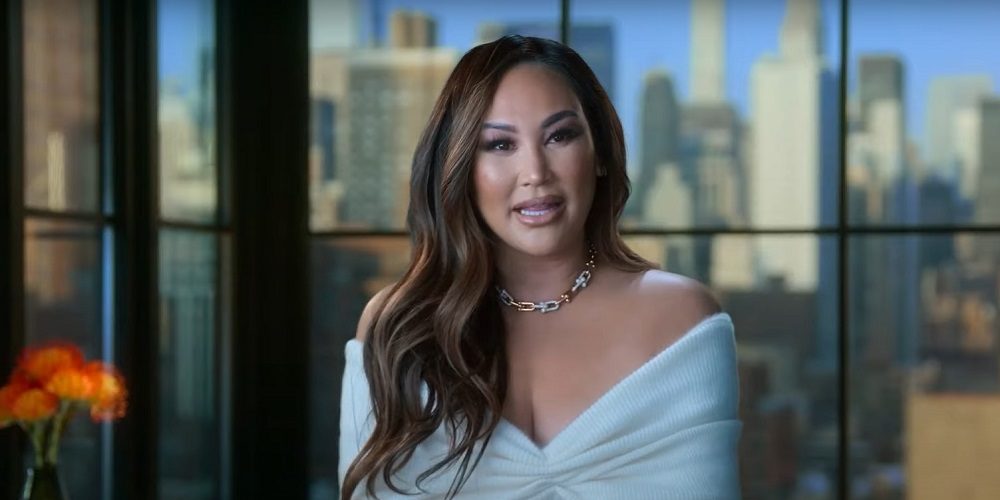 Every time a popular reality TV star makes an on-screen appearance, fans cannot help but keenly watch any change that may have taken place. For a celebrity like Dorothy Wang, who has been famous since her part in ‘Rich Kids Of Beverly Hills’ and ‘Bling Empire,’ the public has known about her life for a long time. Naturally, they have also been aware of her insecurities regarding her body image. So now that her appearance in Netflix’s ‘Bling Empire: New York‘ has pushed her back into the limelight, many could not help but wonder about her apparent weight loss. If you are in the same boat, do not worry because we have you covered!

It seems like Dorothy Wang has indeed lost some weight, with fans gushing over the same. Her recent posts have been bombarded by compliments regarding her body and hair, with supporters old and new alike cheering her through her journey. This physical transformation actually comes alongside the Netflix star’s move to New York City, New York (in early 2022), in hopes of creating new experiences for herself. This decision ultimately led her to appear in the Big Apple-based spinoff of ‘Bling Empire.’

As it turns out, Dorothy has struggled with her body image as far back as 2016. During her time on ‘Rich Kids Of Beverly Hills’ season 4, she stated, “I’m so fat right now I don’t know what to do!” However, her friends EJ Johnson and Morgan Stewart were quick to counter her claims. The latter told Dorothy, “You don’t look that fat,” something that EJ agreed to. Morgan added, “I think for girls, honestly, you can’t tell if they’re bigger unless they lose weight.”

This conversation between the three friends quickly switched to Dorothy’s breakup with Cooper Mount in 2014 as the trio remembered how significantly thinner she’d gotten following the split. “Well, you were emaciated during your breakup,” EJ said, something that Dorothy emphatically agreed to. Prior to the release of the third season of ‘Bling Empire,’ which Dorothy was not a part of, she also opened up about her health struggles online.

Apparently, there was a time Dorothy was struggling with anaphylactic reactions that many medical professionals could not figure out the reason for. It ended up affecting the reality TV star’s life to such an extent that she could barely travel, work, or put herself under any kind of strain. Frustrated by her deteriorating health, Dorothy then decided to check out some Eastern medicine practices before making massive changes in her diet. Despite what anyone may have thought of her actions, she was determined to put her health and happiness first, and thankfully the latter approach worked.

As for her current standing, it appears as if Dorothy’s journey towards a healthier life is going well. She has made several changes in hopes of personal growth, which seems to have helped her a lot in recent times. We should mention that it does not seem like Dorothy has a set goal in mind regarding her weight and is apparently just focused on being comfortable, happy, and confident. Throughout her journey of self-discovery and changes, her fans have supported her wholeheartedly, cheered her on for any and every change, and have certainly been bold/upfront about defending her from hate.

Read More: Are Dorothy and Ari From Bling Empire New York Still Together?